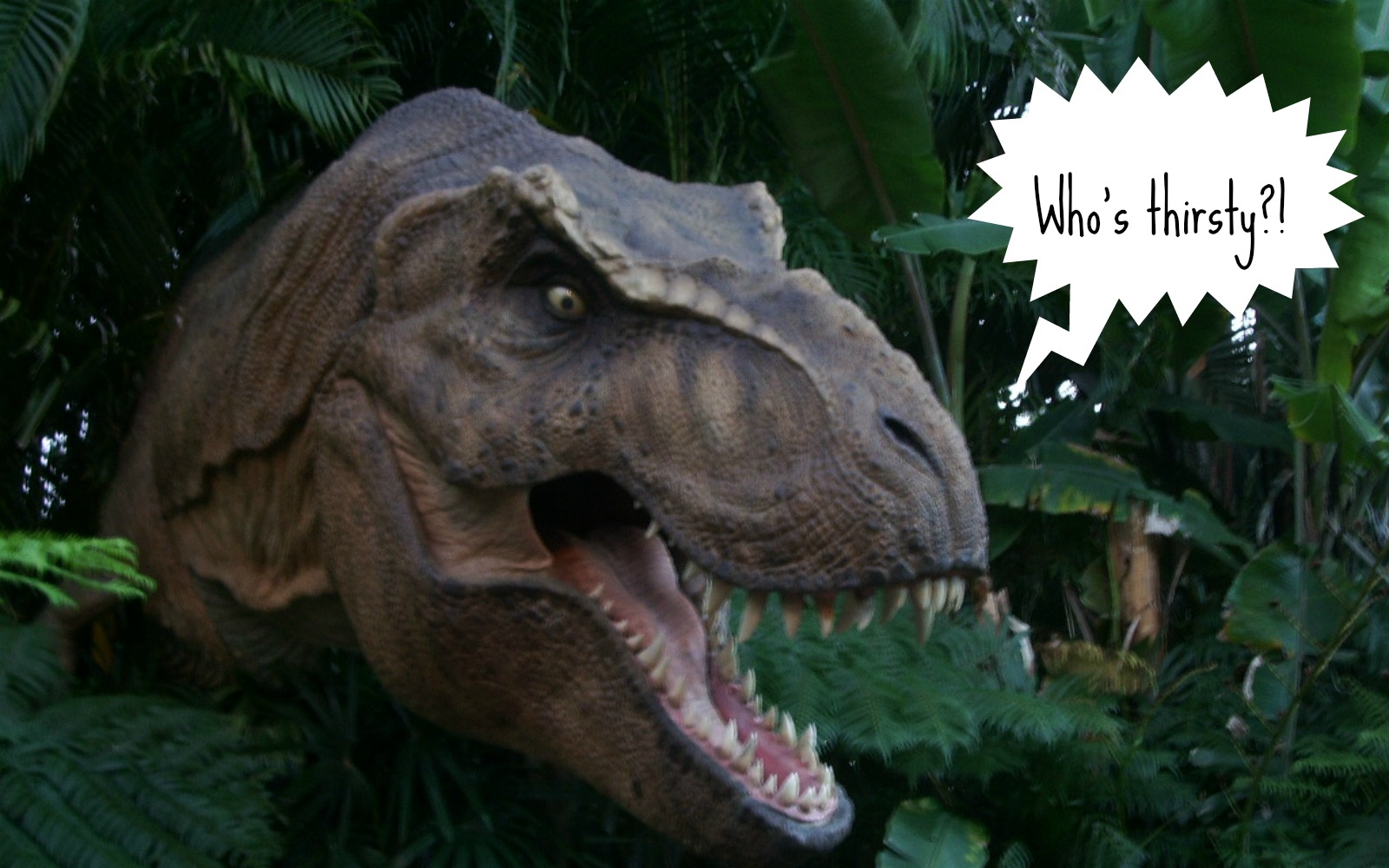 The drought in California is nothing new, sadly. For the past two years, California has experienced the worst drought on record since record keeping began in the 19th century. Governor Jerry Brown has declared a state of “drought emergency” and celebs like Lady Gaga have taken to the small screen making PSAs about the importance of conserving water. Recently, the State Water Resources Control Board unanimously voted to extend and expand its emergency drought regulations. As part of these regulations, restaurants have been told to withhold water unless customers ask (oh, and restaurants are subject to $500 fines for violations). Given the extreme length and severity of the drought, it is a wonder that when a faucet is turned on in the state of California, dust isn’t clamorously coughed out instead of water.

While some estimates show that California would need 11 trillion gallons of water to end this period of drought, residents have been able to maintain supplies, thanks to underground stores of freshwater. In an average year, around 50 percent of the state’s water sources come from underground supplies. Unlike above ground water stores, such as lakes, streams or reservoirs, groundwater stores, such as aquifers, are located far under the surface of the earth and cannot be replenished once they are drained. This water has often existed in protective pockets below the surface for thousands of years, created as water ever-so-slowly percolated through the soil.

As the drought has progressed, we have drilled deeper into the ground to tap into these ancient water stores, and new reports show that Californians have pumped so much water from these stores that they are currently drinking the same water dinosaurs once drank! Yes, that’s right. California’s water needs have completely tapped freshwater supplies from recent centuries all the way through the ice age and into the prehistoric era. Kind of cool to think people in California could be sipping on the same water their very first ancestors did: Well, cool and rather frightening considering 80 percent of Californians rely on underground water. For some cities and towns, groundwater is all they have.

While marketing dinosaur water is genius (and we call dibs on the trademark), this is hardly a light-hearted situation. Once these freshwater stores are gone, they can never be replaced, meaning unless it starts raining in California soon, the state’s days of free-flowing water are indefinitely numbered.

Yet, despite distributing tickets for people who “waste” water washing their cars or hydrating their gardens, California officials have done very little to address two major causes of water shortages in the state: agriculture and fracking.

As two of the major sources of industrial water-sucking (for lack of better term), fracking and animal agriculture have hardly been given the flack they deserve for monopolizing precious water supplies.

According to a report from the Natural Resource Defense Council, around 80 percent of water in California is used for agriculture. While a percentage of this water goes to growing crops, the bulk is used in the animal agriculture industry. Not only do these animals consume “virtual” water in the form of the water used to grow their feed, but excess water is also needed to hydrate animals and keep factory farm facilities and slaughterhouses clean.

California is the country’s leading dairy producer, yet an individual dairy farm can use up to 150 gallons of water per cow, per day simply to keep that cow’s stall clean. Coupled with the water needed for feed and hydrating the cows, it has been estimated that the average farm uses 3.4 million gallons of water a day. To put this in practical terms,the water needed to produce just one single gallon of milk is equivalent the amount used by an entire month’s worth of showers.

Meat production is similarly water intensive. According to the Water Education Foundation, every pound of California beef requires 2,464 gallons of water to produce. In shower scale, that’s around six MONTHS worth of water.

So, while taking short showers is always a good practice, this action pales in comparison to simply eliminating your personal consumption of animal products.

Not only does fracking pose a threat to California’s precious freshwater supplies, but is also threatens water quality.

The process of fracking itself requires hundreds of millions of gallons of freshwater, which gets injected into the ground mixed with a number of toxic “fracking fluid” chemicals, to push ancient natural gas pockets to the surface. (We can’t help but to note the irony in the fact that we’re harvesting prehistoric gas using ancient water.)

California is located over a major region of shale, making it a prime target for natural gas and oil companies. Adding insult to injury, Southern California, an area that is already completely parched, has the largest stretches of shale. It is estimated that around two billion gallons of water are used for fracking every year in California.

Once this water has been mixed with fracking fluid and contaminated with heavy metals from the earth’s bedrock, it can never be recovered. The best “disposal” option that natural gas companies have is to inject wastewater into underground waste wells or aquifers, which contain water that’s been deemed unsuitable for human consumption.

However, around seven percent of waste wells leak, compromising nearby watersheds. Not to mention, a recent study found that nearly three billion gallons of wastewater have been accidentally injected into aquifers that contained potable water. In a one mile radius alone, a single contaminated aquifer compromised up to 40 different domestic water supply wells. That’s a pretty huge fraccident.

A Sustainable Solution for California – and Beyond

B. Lynn Ingram, a paleoclimatologist from University of California at Berkley predicts that California’s current period of drought – which she’s dubbed a “megadrought”– could very well expand into the next 200 years. If this is the case, then California can’t afford to gamble away water supplies on these incredibly resource intensive industries. Especially considering that no one really knows how much longer ancient groundwater supplies will last.

These are major uncertainties that can have real, fatal implications for millions of people. As climate change progresses, we stand to see more extreme droughts, like California’s, across the world. Currently, Sao Paulo, Brazil is experiencing a similarly devastating drought and entire swaths of Middle Eastern countryside have been reduced to deserts. It is becoming glaring clear that we cannot continue to exploit the world’s water if we expect it to sustain humanity into the future.

We can all play a part in helping to conserve water by reducing or entirely eliminating our consumption of meat and animal products. By skipping cheese and milk for an entire year you can save 50,033 gallons of water. If you were to cut out meat as well, you could save another 162,385 gallons annually. Can you imagine how much water that would save if everyone in the U.S. got on board?

We all have the power to make conscious choices, not only to help protect our own futures, but also the future of the planet. So, would you rather ditch dairy or keep borrowing ancient dinosaur water? The choice is up to you.