Competing for Water: Fracking, Meat, or Life on Earth? 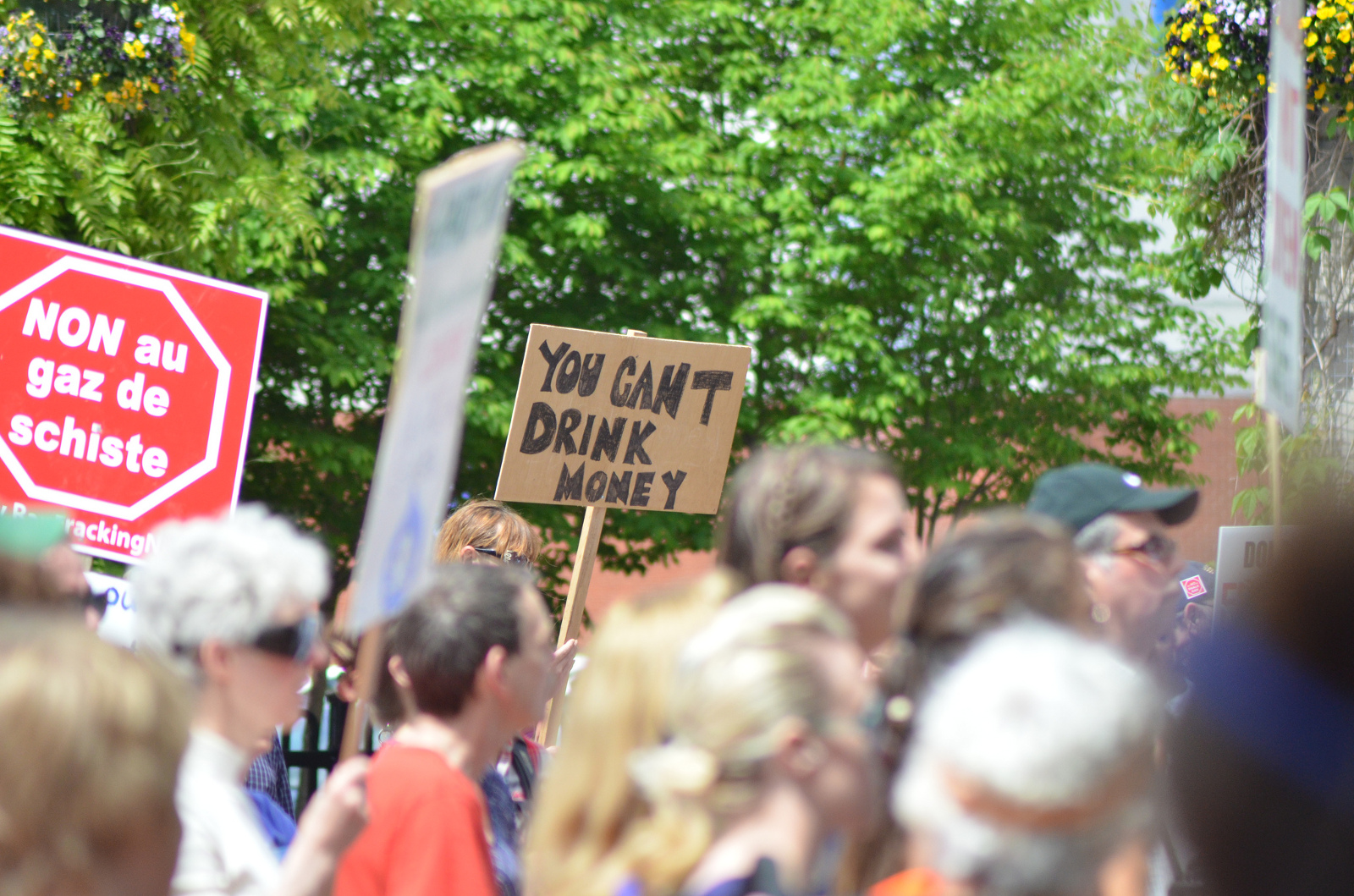 It is no secret to activists and academics that social justice and environmental issues intersect. These intersections often create conflict over which issues to prioritize. But whatever one’s political persuasion, there is one thing that we all have in common: the need for water. The recent California drought has brought attention to the issue of sustainable water management. The years of prophesizing about environmental disaster are coming to fruition as we approach various markers on the timeline to what Dr. Richard Oppenlander calls ‘global depletion.’

According to the World Watch Institute, it is estimated that by the year 2025 there will be 1.8 billion people living in “absolute water scarcity” while half of the population will live under conditions of “water stress.” In Food Choice and Sustainability, Oppenlander suggests that if we continue to consume water at the current rate there will be a 40 percent global water shortage in just 18 years.

In light of the ongoing drought, the California Water Board has just approved emergency regulations that place mandatory water restrictions on residents. But is preventing people from watering their lawns and washing their cars just a distraction from the major sources of water depletion? Putting the onus on individual citizens for outdoor water use is like blaming the energy crisis on inefficient light bulbs.

Hydraulic fracturing, known as ‘fracking,’ is the process of injecting highly pressurized fluid into a deeply drilled well. Natural gas and petroleum accumulate in the well as the deep layers of shale rock are fissured. Proponents of fracking tout its ability to provide clean-burning natural gas, secure national energy independence, and boost local economies. Meanwhile, critics have been drawing attention to excessive water use, water contamination, air pollution, and negative financial effects on communities and landowners.

The persistence of the California drought, the fact that across the globe there are no fewer than 2.8 billion people currently living in areas with water scarcity or water shortage, and the promise that it’s only going to get worse, suggests that it might be time to focus on the problem of excessive water use.

Approximately 90 percent of fracking fluid, affectionately called ‘frac fluid’ by the industry, is water. The United States Environmental Protection Agency estimates that 70 to 140 billion gallons of water were used in 2010 to fracture 35,000 wells in the US, while the Dangers of Fracking suggests that today it is more like 74 trillion gallons of water to fracture 500,000 wells.

This amount of water extraction is so extensive that fracking is causing the dewatering drinking aquifers. A recent report by Ceres found that approximately half of all recently fractured wells in the US are in regions with “high or extremely high water stress,” 55 percent are in areas experiencing drought, and 36 percent are in areas experiencing groundwater depletion.

The cost of America’s latest energy fetish is now coming to light, as is the urgency to discuss how a country that undoubtedly requires more energy is going to get it without sacrificing an even more vital resource.

Still, the Ceres report concluded that farming remains a larger water user. Since we need to eat, the tendency is to avoid targeting farming as a misappropriation of resources in the same vein as fracking. But not all calories are created equal. With agriculture accounting for roughly 70 percent of water use worldwide, and 80 percent of water use in California, what kinds of food are grown drastically alters the political and ecological landscape.

Since Francis Moore Lappé’s Diet for a Small Planet hit the shelves in the early 70s and even more so since the UN released “Livestock’s Long Shadow” in 2006, the connection between animal agriculture and environmental devastation has been cascading into public awareness. As John Robbins identified in Diet for a New America, a typical meat-eating diet requires 14 times the amount of water per day to grow food than a vegan diet.

It takes a staggering 2,500 gallons of water to produce just one 16-ounce steak. This is the amount of water that one person uses for six months of showers. The daily water use of an average American for household tasks is about 100 gallons, but eating just one hamburger increases water use by as many as 4,000 gallons.

What all of these figures establish is the excessive amount of water required to raise animals for food when compared to eating plants directly. With no need for animal products to live healthfully, a genuine effort to overcome water scarcity will include a global movement toward plant-based eating.

We need an approach that combines individual action through diet and lifestyle change with collective action that puts pressure on local and federal governments to champion the basic right to water over the right of corporations to maintain their bottom line.

Take Action to Oppose Fracking! US and Canada.