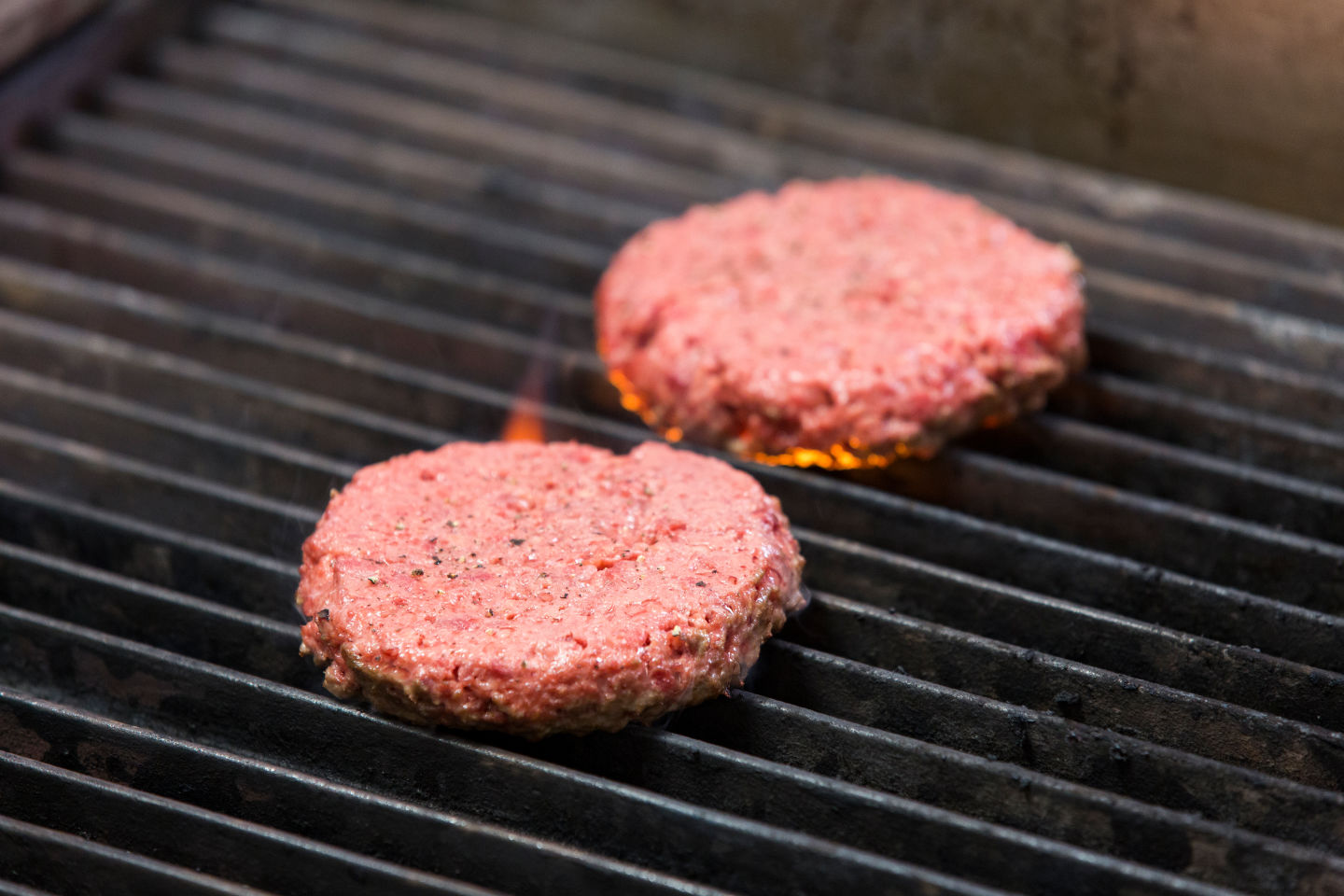 In 2016, the plant-based Impossible Burger was released shocking everyone with how much it resembles meat in appearance, texture, and flavor. Pretty soon, it practically took over the world appearing on restaurant menus from Bareburger to White Castle. It is even set to arrive in grocery stores next year. And the Impossible Burger’s growth and fame isn’t coming to an end any time soon. The Impossible Burger 2.0 will be available for purchase to all US restaurants starting February.

The original Impossible Burger was made with wheat, but the new 2.0 version is made with soy so that the ‘meat’ can be used in many different forms from ground crumbles in countless recipes like empanadas, pasta dishes, and tacos to tartare or even burgers if that is still what you crave. Pat Brown, CEO of Impossible Foods says, “The original recipe was great. The new one will blow people’s minds.” The versatility of the new Impossible meat alternative is essential now that it will be available in grocery stores this year. People will want to cook it in different ways, and now they can. 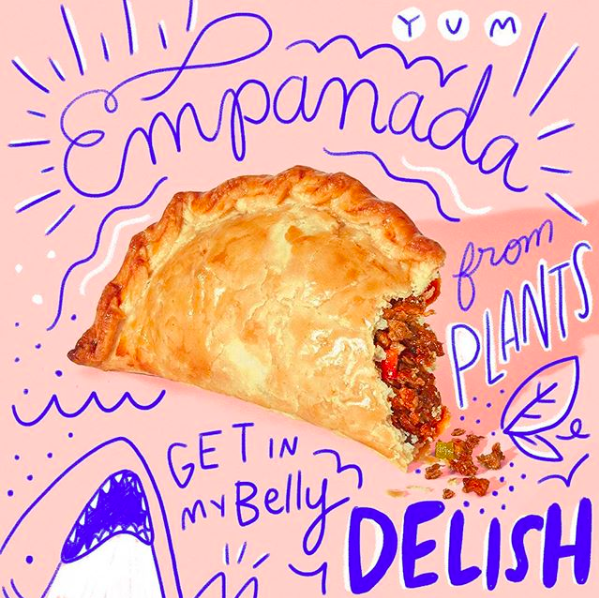 Taste tests done by Impossible Foods showed that more than twice the consumers who liked the original recipe preferred the new one. Of course, you’ll be able to conduct your own taste test by ordering it in a restaurant after February or buying it at a grocery store and cooking it yourself.

Make Your Own Plant-Based ‘Beefy’ Dishes

If you prefer to make your own plant-based foods from scratch, we got you covered with recipes from our Food Monster App: 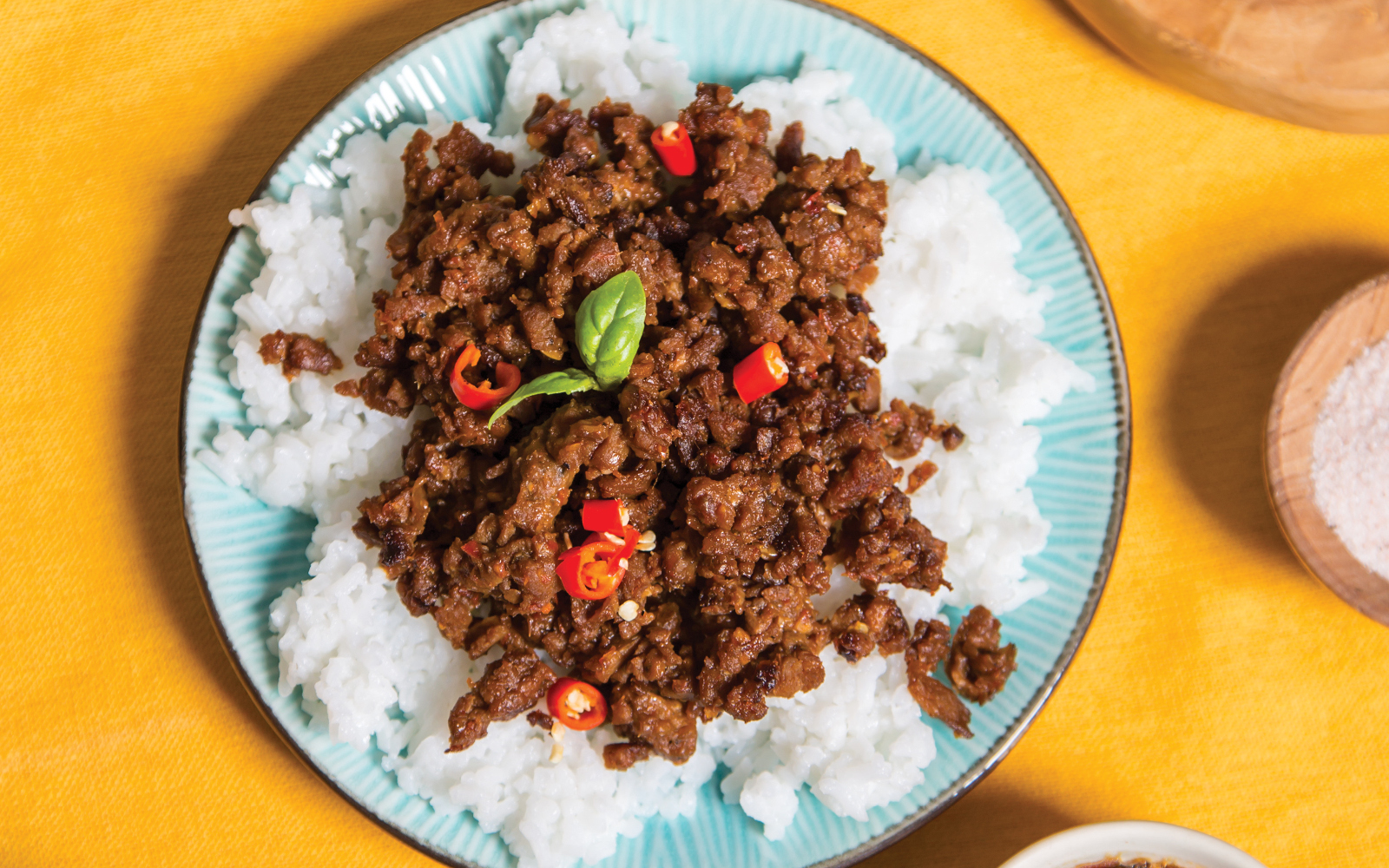 Pad Gra Pao by The Edgy Veg is one of Thailand’s most beloved street foods. This dish is so good because of the Thai basil, which gives it a peppery kick. It will a household favorite that is filling, easy-to-make, and full of flavor. 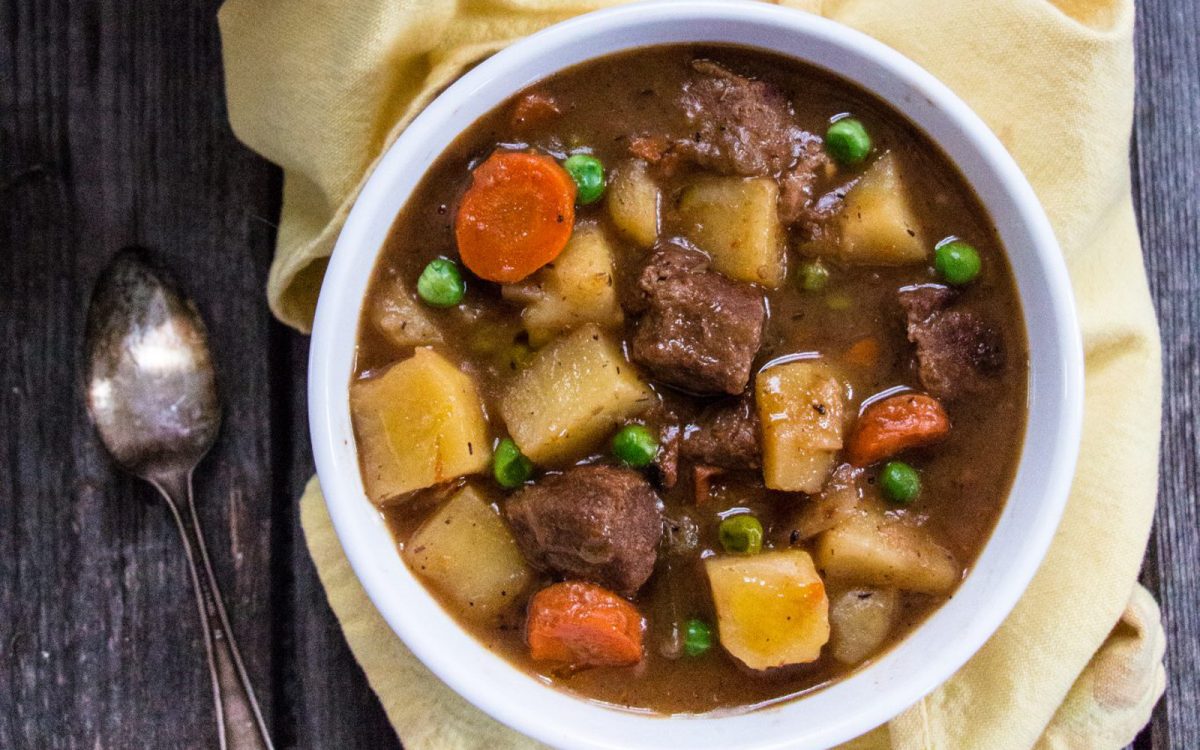 Keep warm this winter with a hearty cup of Steven Seighman‘s Beefless Beef Stew. It’s a vegan take on the traditional dish that’s so good you’ll never know it’s meat-free. Throw some mushrooms into the mix to add a little variance to the root vegetable texture. 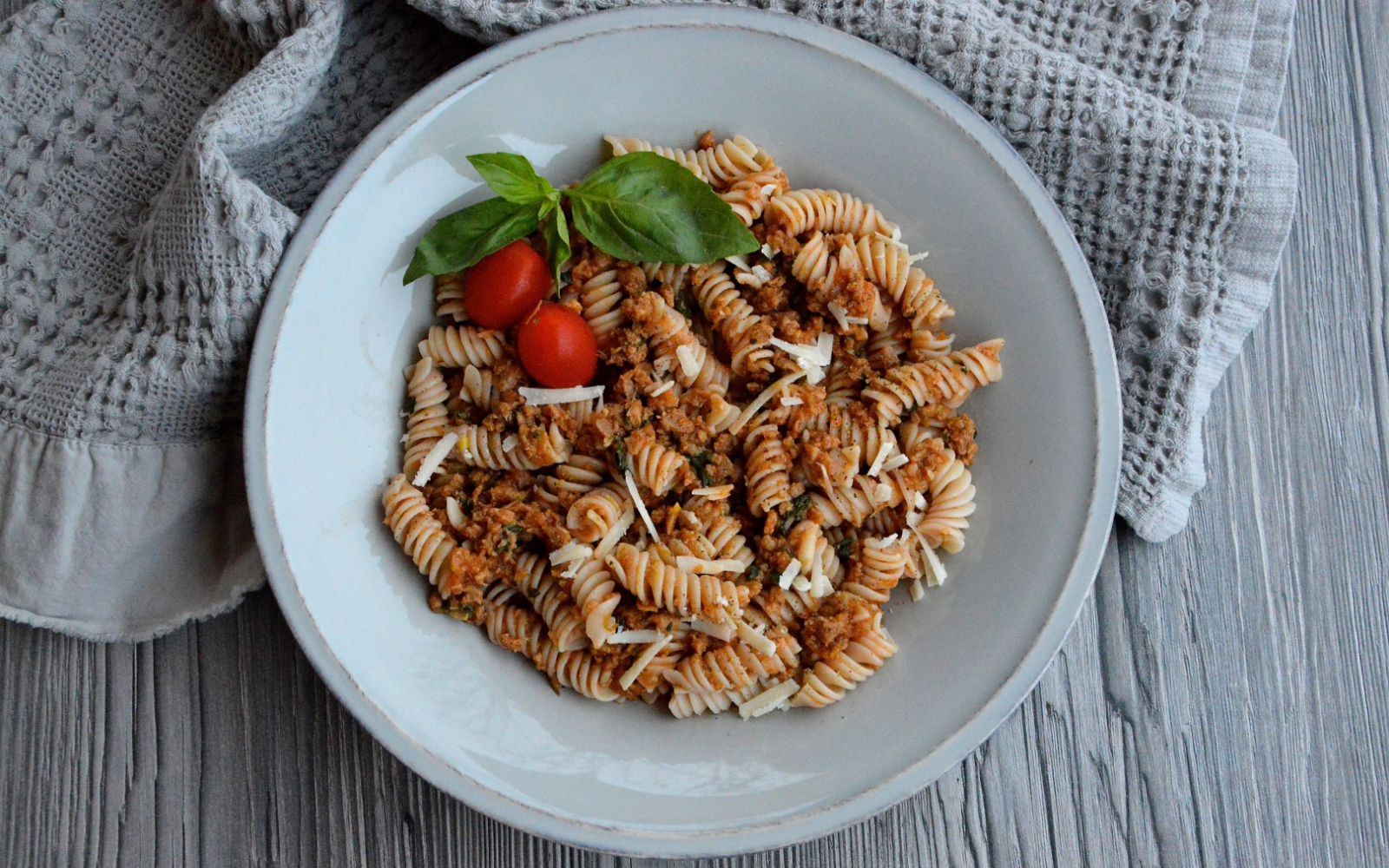 Julie Zimmer‘s Beefless Bolognese Sauce is worth trying. The soy crumbles absorbs the flavor of the spices, herbs and vegetables. It’s light but it has a meaty texture.

For more recipes, download our Food Monster App where we have over 15,000 vegan and allergy-friendly recipes.