Dogs caught up in South Korea’s dog meat industry live miserable lives. Throughout their short lives, they are never shown anything but brutality, and the absolute indifference to their sentience is incomprehensible.

I have been told countless times that dogs raised on South Korea’s thousands of farms are “soulless” and that this is their “destiny.” But I have met these dogs. I have looked them in the eyes and seen their soul and, more poignantly, seen their fear.

Despite their treatment, every dog in each and every market and farm I have visited has come to the bars, head bowed and tail wagging submissively. Their craving for human touch, for reprieve, is overwhelming.

No animal wants to die, yet they sit there, every single day of their lives waiting for their moment. Many of them see what is awaiting them when their turn comes. The cage is opened, a noose thrown over their neck. The dogs beg for mercy, backing away and trying to lick at the hand that holds the noose, but no remorse is shown. The dogs fight until their last breath and are dragged out of the cage, into a truck or sent straight to slaughter. The screaming and absolute fear is haunting. 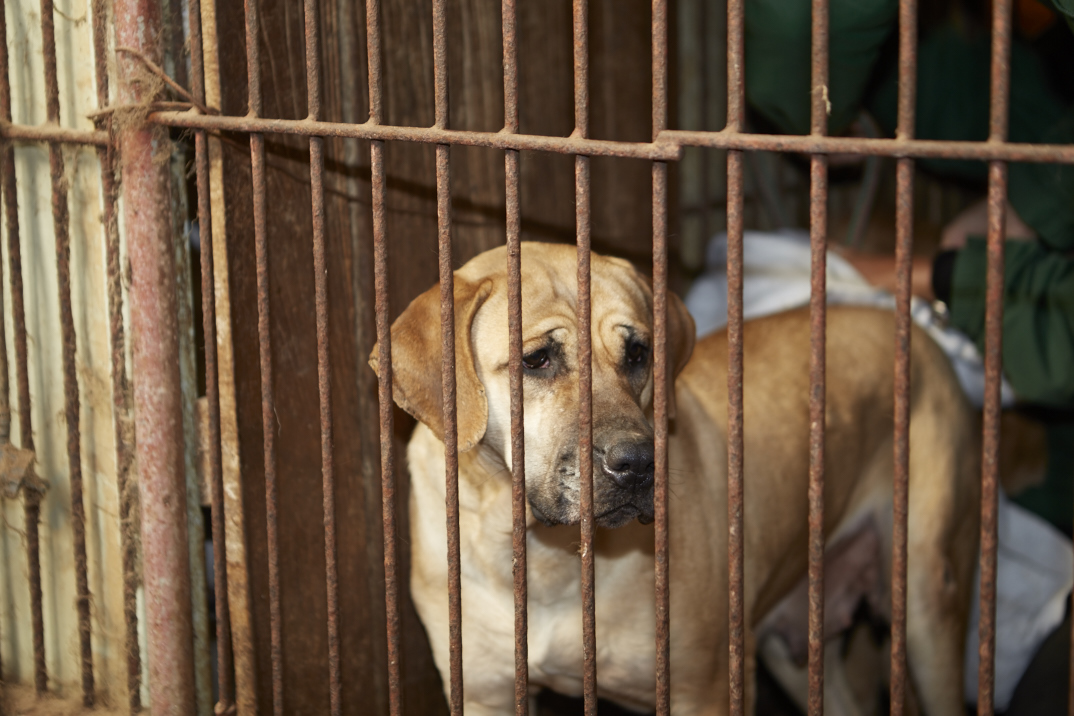 South Korea is the only country in the world known to farm dogs for their meat. Since December 2014, Change For Animals Foundation has been working in partnership with Humane Society International and with dog farmers who have expressed a desire to leave the dog meat industry to make the transition into crop-growing businesses. By working with these farmers and offering them the opportunity to convert to humane livelihoods, we can create models for change that can – in time – be replicated throughout the country and offer hope to so many dogs in desperate need. 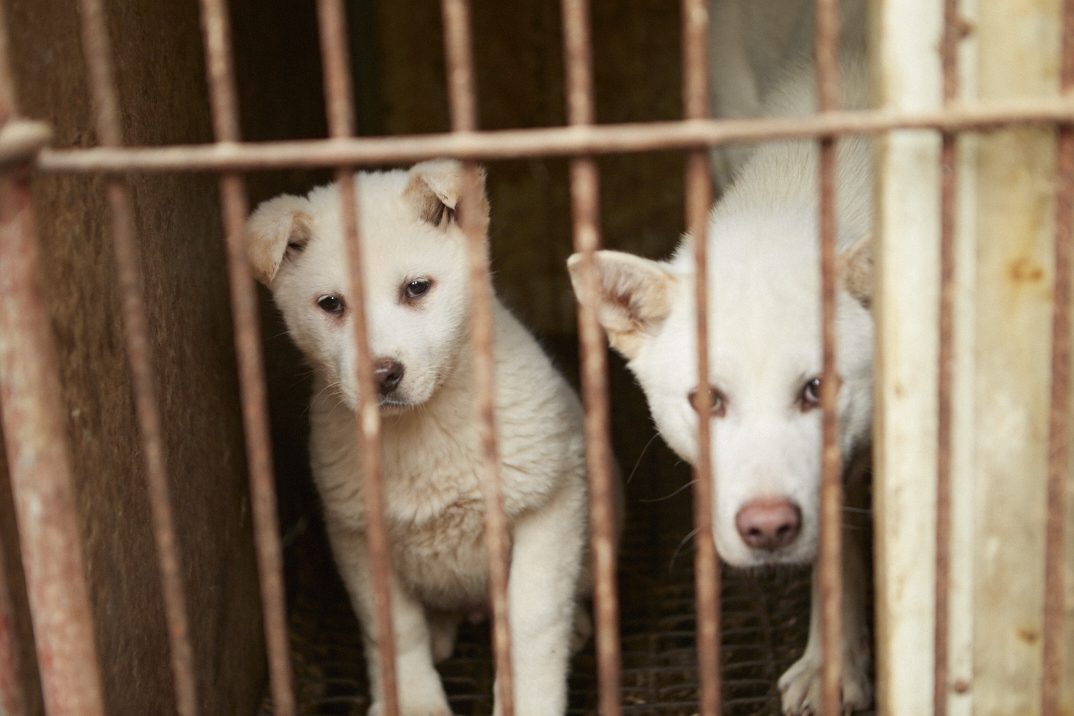 Since December, we have closed two dog farms and all 80 dogs from these farms have been taken to the United States. They are now enjoying their second chance at life, free from fear. Despite everything, the dogs had never given up on people and a willingness to forgive.

We are committed to raising the profile of dogs raised and slaughtered for meat so as to dispel the perceived distinction between “meat dogs” and “pet dogs” in Korea, and to show the world that a dog is a dog, all equally worthy of compassion and respect. 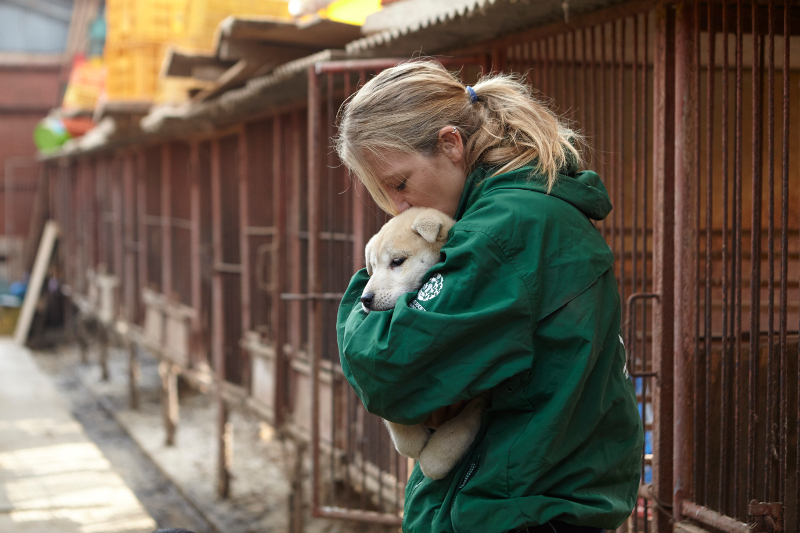 We have heard claims that dog eating is part of “culture” and “tradition.” Our resolute response is that these are never excuses for cruelty, nor are they exempt from change at home or abroad. Culture evolves as times change. All animals deserve to have a life worth living and no animal’s “destiny” is to endure such profound suffering.

The practice of dog meat consumption is a highly contentious and emotive issue wherever it is prevalent, and there is an ever-growing animal protection movement in Asia that needs international support. As I was once told by someone who had committed their lives to fighting the dog meat industry in South Korea, “Until we can gain support for a dog meat ban, what hope do we have for other animals?”

We campaign for an outright ban on the production and consumption of dog meat because regulating its production would mean endorsing the systematic cruelty the dogs endure throughout their lives and when they are brutally killed. Once legalized, there would be no turning back from the large-scale production of dog meat, setting a dangerous precedent. 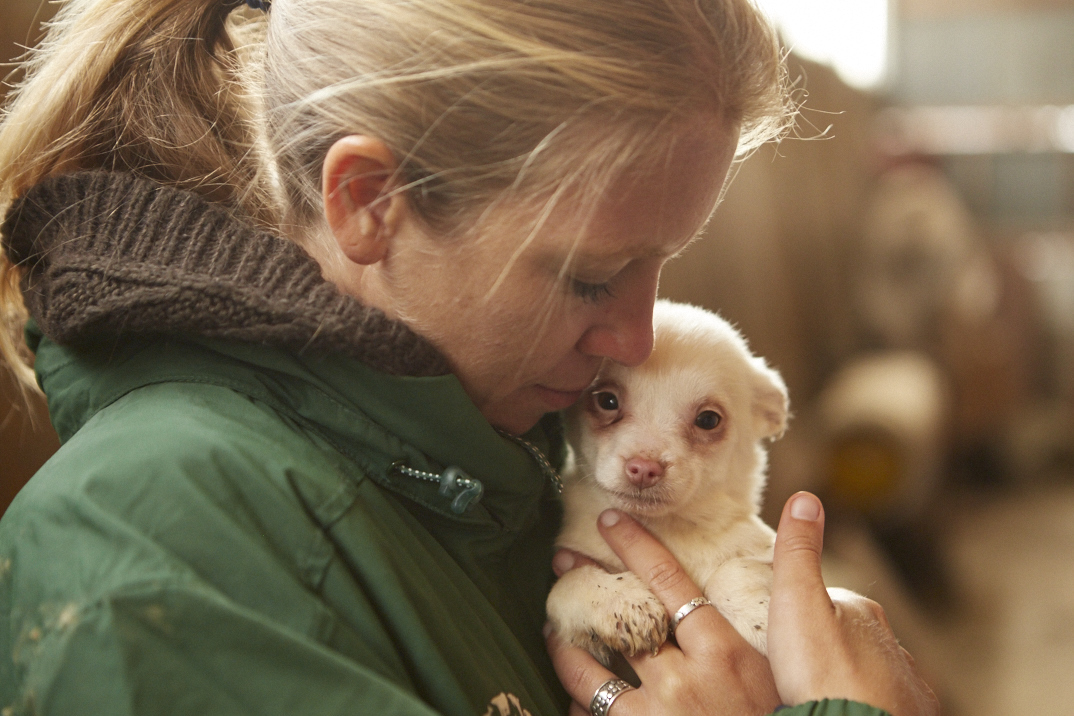 Envisioning a Future of Compassion

We are fighting for the day when the dog meat industry is banished, when dog farms are closed down, and when a dog’s value is never again measured on the scales. Let’s not always go back to circular arguments that use the suffering of some species in one country as an excuse for that of a different species in another. This is not an issue of “cultural” or “personal” preference. This is an issue of inherent and inexcusable cruelty.

Throughout the world, dogs are cherished as “therapists” in schools and in hospitals and homes for the young and elderly, in recognition of the psychological and physical benefits they can bring. Dogs work with our police and armies, loyally serving mankind. They deserve the right to be protected from cruelty and to be recognized as companion animals.