The Asia Canine Protection Alliance (ACPA) works throughout Asia to raise awareness of the inherent cruelty of the dog meat trades and industries, and the significant risks they pose to human health and public safety.

We campaign for an outright ban on the production and consumption of dog meat because any argument that suggests regulation of dog meat production would resolve the systematic cruelty involved or alleviate all the risks posed to human health is unsubstantiated.

It is important to note that by calling for a ban on dog meat production and consumption, we are not endorsing the production and consumption of other species of animals. We are opposed to the intensive farming of all animals for meat because of the unimaginable cruelty and suffering it causes every year to hundreds of millions of animals, and we are committed to promoting compassion towards all animals all over the world.

We can and should learn from our mistakes. Regulation has not stopped the daily abuse of hundreds of millions of ‘conventional’ livestock species around the world; in fact, in many cases, regulation has simply endorsed the systematic use of cruel farming methods. Animals are bred and reared in a system that fails to meet their basic needs and most suffer every day through legalised practices, including many permitted cruel methods of slaughter. Once animals are accepted and classified as ‘livestock’ – as a commodity produced for consumption – their awful treatment becomes accepted in society. In addition, regulating the meat industry has not stopped outbreaks of serious diseases, such as Foot and Mouth, ‘Mad Cow’ and Avian Influenza, which pose an enormous risk to human and animal health.

Authorities that do call for regulation of the dog meat trade do so simply in an effort to control the outbreak of diseases and the negative impact on the environment linked to the dog meat industry, despite no experience, evidence or data existing anywhere in the world on the safety or the consequences of the large-scale breeding, trade, slaughtering and consumption of dogs. And in any call for regulation there is no attempt to improve the welfare of the animals involved. For example, over recent years the South Korean government has taken steps towards regulating the environmental impact of dog farms by including them under the Waste Control Act and the Management and Use of Livestock Excreta Act, but has made no attempt at regulating components that could potentially improve the welfare of the dogs, or enforcing the Animal Protection Act. 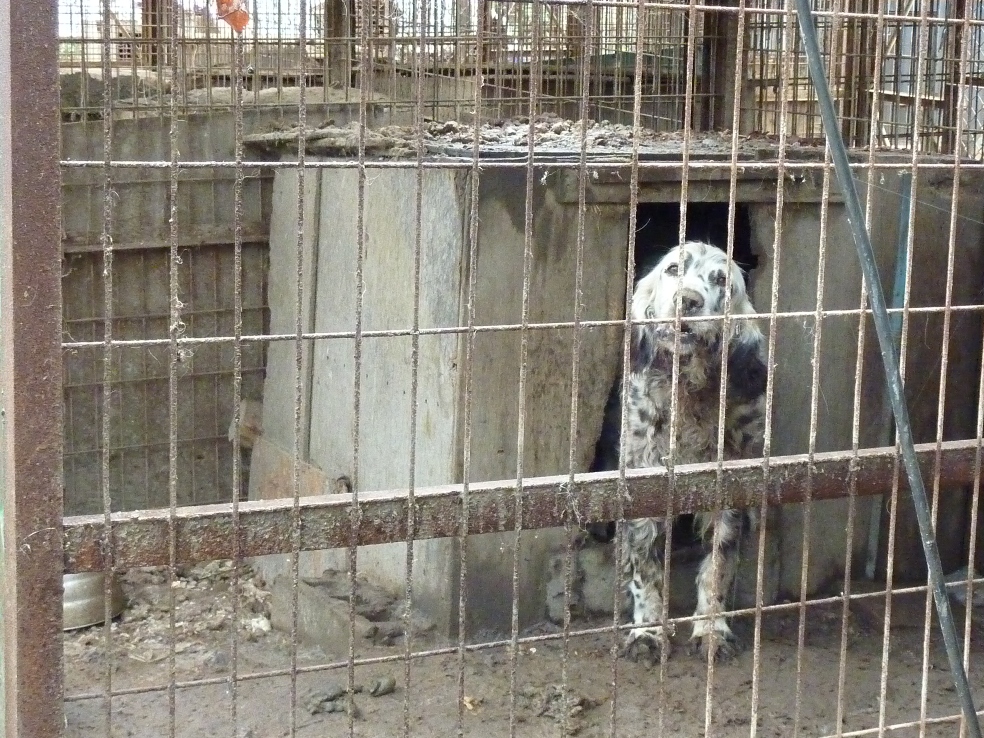 If we were to call for regulations, what standards could we endorse for an inherently cruel trade?

The argument for regulation is at complete odds with the argument for the banning of the trade. By calling for regulations to make cages a little bigger, transport to be a little less torturous, and slaughter to be slightly less brutal, we would ultimately prevent bringing about a legal end to the a trade that causes unthinkable suffering and threatens public health and safety. Regulations would not afford the dogs better lives, what is happening now would simply be ‘permitted,’ and would only serve to lend legitimacy to an inherently inhumane and dangerous trade.

Once legalized, there would be no turning back from the large-scale production of dog meat, setting a dangerous precedent. 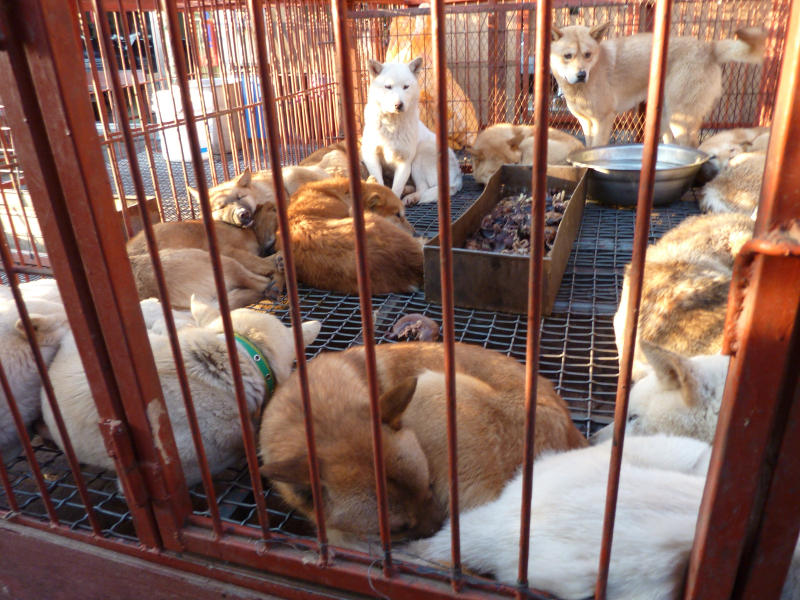 We know that neither governments nor the public would be prepared to introduce and accept regulations – which would take years to come into effect- and then several years later consider the introduction of legislation banning dog meat. Governments are only prepared to look at issues like this once every several decades.

Regulation is not a step towards banning – they are completely separate legislative tools – and regulating a fundamentally cruel business is not our aim. We should not spend time and resources arguing to win a battle that we don’t want to fight. Our time and money is better spent bringing a complete end to the suffering of dogs. There is only one goal and we need to focus on that for the sake of the millions of dogs who currently suffer from absolute indifference to their needs or misery. 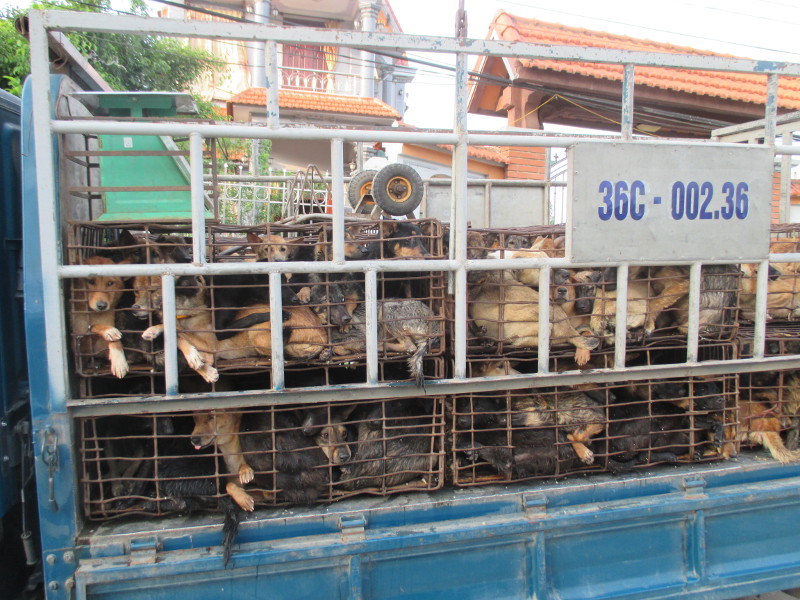 Furthermore, we don’t need to weaken our position, and nor should we have to, because what is at stake is far too important. Our position is based on an unwavering belief that animals should be afforded respect and compassion.

The dog meat trade is a highly contentious and emotive issue in most countries where it is popular. As a result of mounting national and international concerns for animal welfare, a rapidly increasing pet ownership in Asia, and a greater awareness of the human health risks associated with this industry, the opposition towards the production and consumption of dog meat has become increasingly vocal. 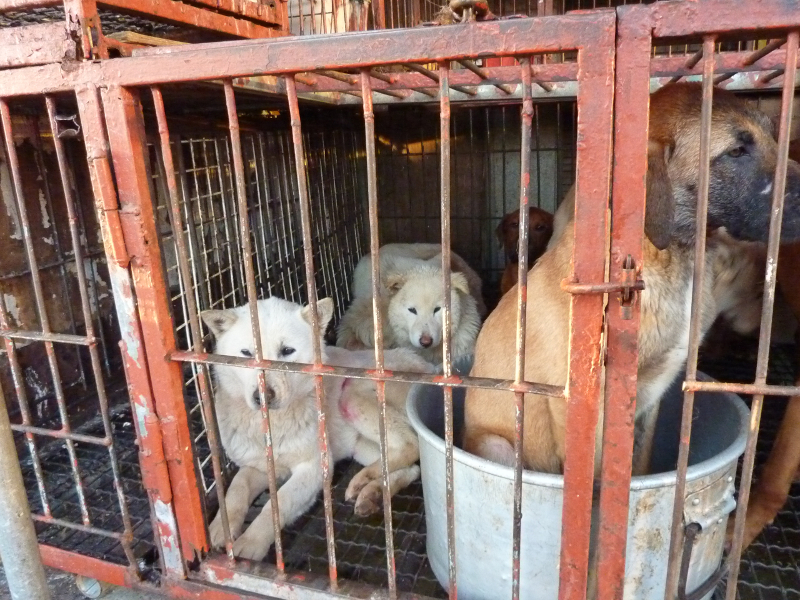 Our voice is becoming louder and our determination and commitment are resolute – the tide of opinion is turning against the industry.

Whilst no country has specifically legalized the dog meat industry, a number of Asian countries, including Hong Kong, Taiwan, and the Philippines, (where dog meat was once a popular dish), have banned the slaughtering and the sale of dogs for human consumption.

There is an opportunity to stop dogs from becoming another species intensively farmed for human consumption, and this campaign offers a unique opportunity to save dogs from the cruelty already being endured by hundreds of millions of other animals each year under permitted practices.