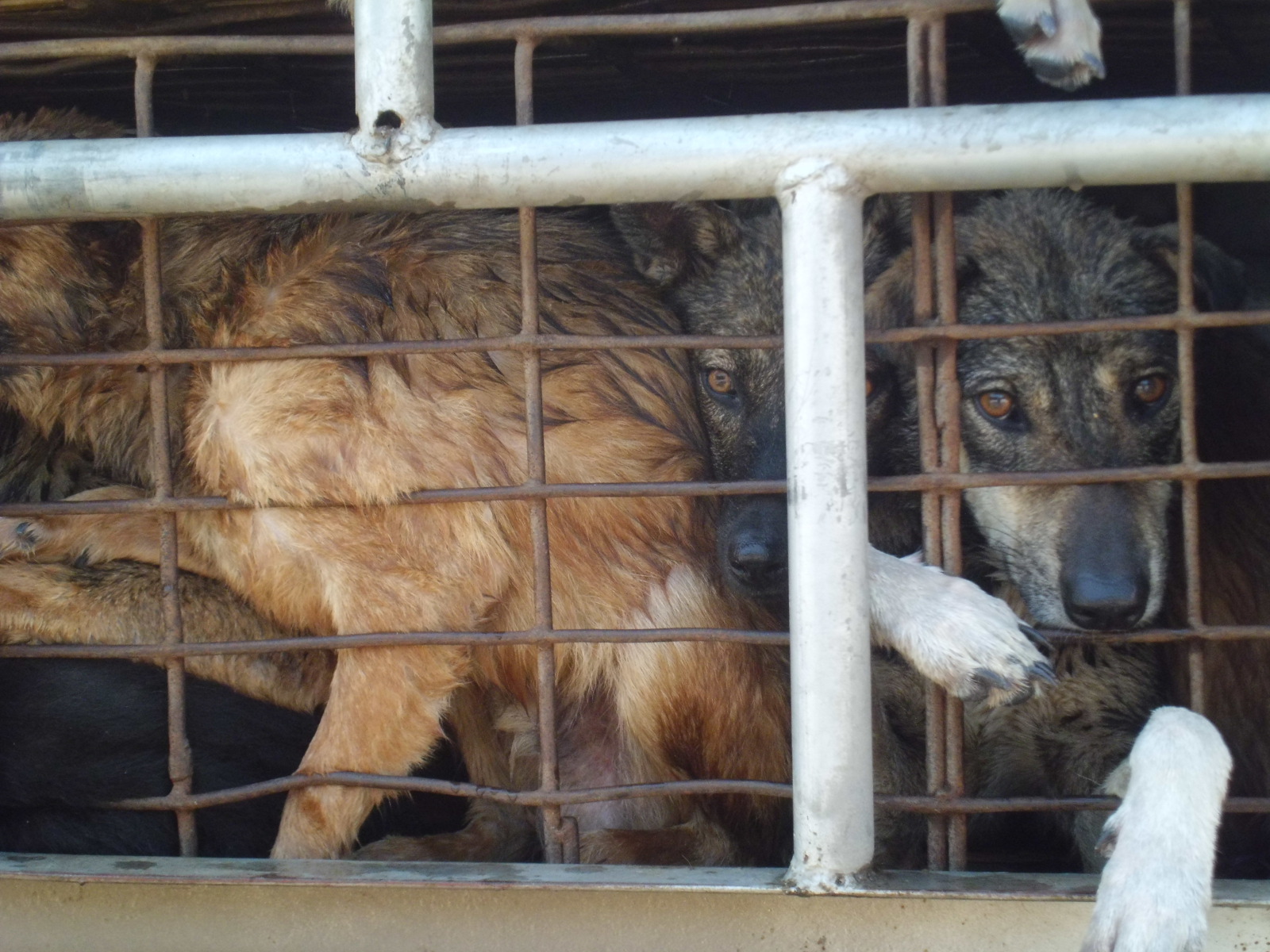 Since ancient times, Vietnamese people have regarded dogs as man’s best four-legged friends. Some have even placed stone statues of dogs at the front gates of their houses or villages to ward off evil spirits. The Dich Vi village in Hanoi’s Dan Phuong has worshipped stone dogs for hundreds of years. On every 1st and 15th day of the lunar month, incense is burned at these statues and people come to pray and ask for solutions to their problems. However, even though dogs have this special place in Vietnamese culture & society, dog meat is still widely regarded as part of Vietnamese culinary culture. 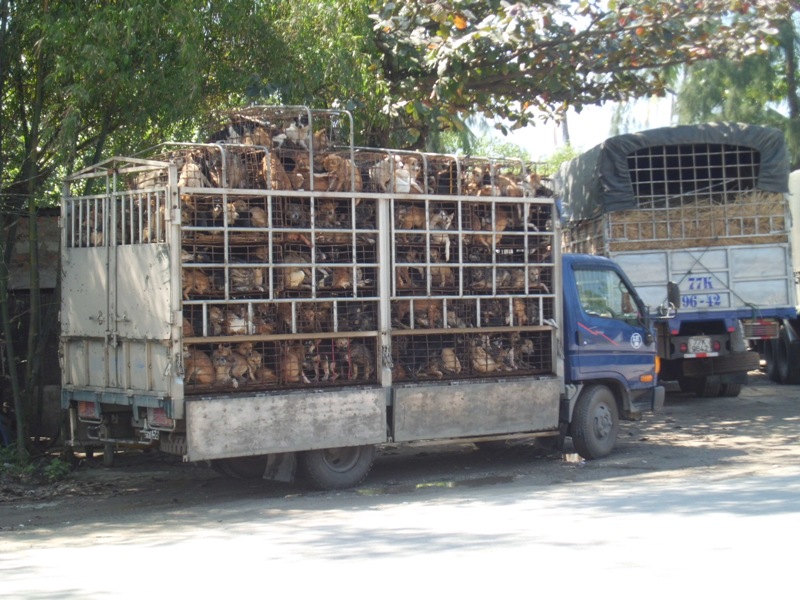 No one really knows when people began to eat dog meat in Vietnam. According to folklore, the consumption of dog meat started with dogs being offered as sacrifices in ceremonies, with sorcerers being the only people allowed to eat the meat. The sorcerers would have to hide when eating dog meat or only eat it at nighttime.

During the French colonization of Vietnam, from the end of the 19th century to 1945, the trade and consumption of dog meat was banned and anyone who violated the law risked going to jail. Dog meat eating went underground and terms like Thit Cay (meaning meat of small to medium sized animals) were used instead of Thit Cho (meaning dog meat) to avoid publicity. Today, many restaurants still use this term to advertise that dog meat is offered.

Following the end of the French colonization of Vietnam, markets started selling dog meat and consumption rose, especially from the 1990s. In Hanoi, dog meat consumption seemed to peak from the mid 1990s to the late 2000s, when on just one stretch of a few hundred meters of the Nhat Tan Road there were over 50 dog meat restaurants. At the time, traffic jams were a regular occurrence.

To satisfy the increasing demand, villages like Cao Ha in Thanh Oai District, Hanoi saw the opportunity to get rich by turning their back on making traditional vermicelli and instead taking on the dog trade. During the peak, the village had the biggest dog slaughter houses in the north of Vietnam. On average, village slaughter houses killed around 400 dogs per day and the number rose significantly at the end of lunar months. It’s a well-known superstition that dog meat consumption at the end of the lunar month will bring good luck. No one knows where this belief came from but it fits in well with the Vietnamese culture of visiting temples at the beginning of the lunar month.

Where “Meat” Dogs Come From and How They Suffer 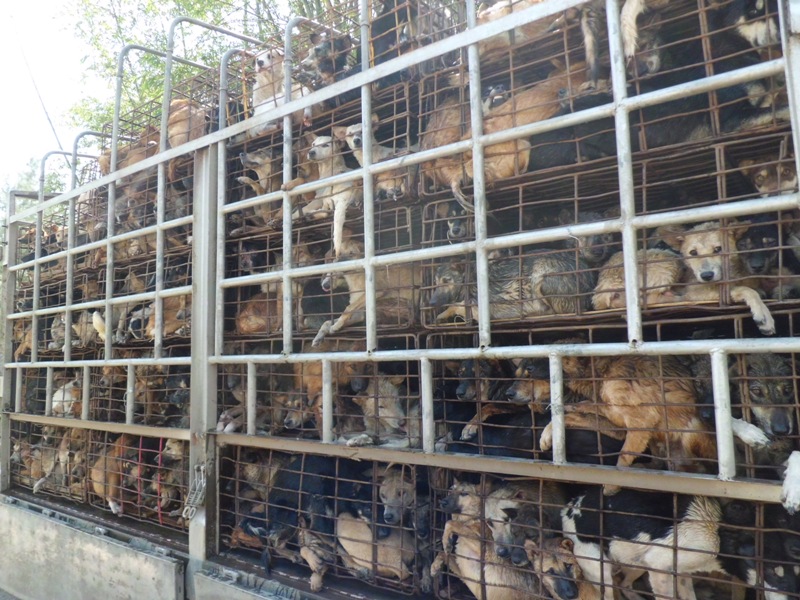 There are no known dog farms in Vietnam. Families in rural areas keep around one to three dogs to protect their assets and to provide extra income by breeding them. Dog traders go from village to village, on motorbike, buying dogs to supply restaurants. With local dogs unable to meet the rising demand for dog meat, the majority of Cao Ha villagers became dog traders and began to source dogs from Thailand.

Many Cao Ha villagers became very wealthy since a dog in Thailand can be sourced for less than $5, and by the time it gets to the restaurant, diners would pay around $50 or more for the same dog. The village is also known as “the village that kills foreign dogs.”

According to Vietnam’s Department of Animal Health, at its peak, approximately 500,000 dogs are illegally imported from Thailand into Vietnam each year for the dog meat trade. The illegal dog trade between Thailand and Vietnam is inhumane with severe cruelty inherent at all stages of the trade – sourcing, transport, sale and slaughter. Once sourced from the streets in Thailand, dogs are usually tightly packed into cages where they are unable to stand up or turn around. They are often sick and injured from rough handling, and not provided with any food or water throughout the duration of the journey which takes several days, starting in northern Thailand, to the final destination in Thanh Hoa, central Vietnam–a distance of around 700 km (about 435 miles) or more. Many dogs die from suffocation, dehydration, disease, or heatstroke long before they reach their final destination. 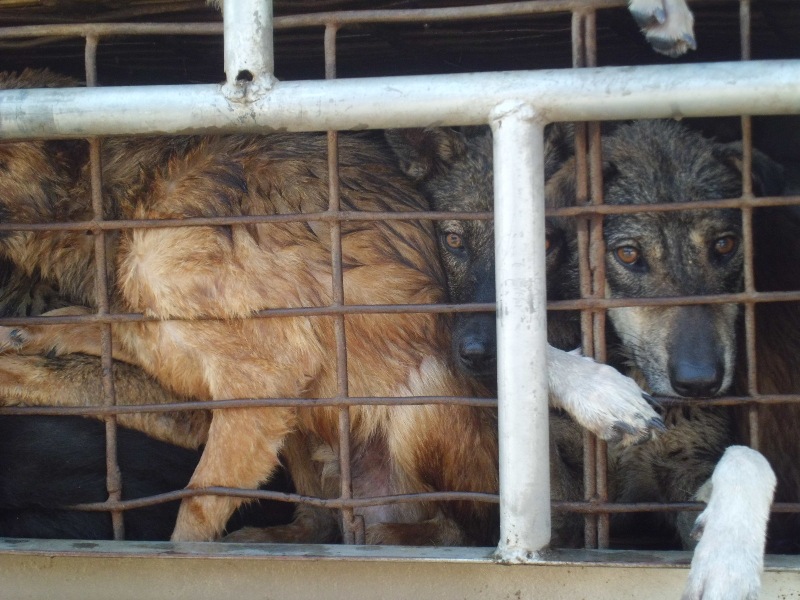 To address this horrific trade, the Asia Canine Protection Alliance (ACPA), comprised of  Animals Asia, Change for Animals Foundation, Humane Society International, and Soi Dog was formed in May 2013 with the primary objective of supporting the people and governments of Vietnam, Thailand, Laos, and Cambodia to effectively and sustainably end the unregulated trade in dogs for human consumption, which poses a serious risk to human health and animal welfare. Besides the cruelty, the illegal dog trade poses significant risk of rabies epidemic where, in Vietnam, an average of 100 people die every year from rabies.

In a groundbreaking initiative led by ACPA, government representatives from Vietnam, Thailand, Laos and Cambodia met in Hanoi in August 2013 to consider and agree to a five year moratorium on the dog trade between Thailand and Vietnam. The Vietnam Department of Animal Health subsequently endorsed the moratorium by issuing a directive to its agency and border quarantine stations to stop the illegal import and to work with international organizations to raise awareness about the dangers of consuming dog meat, and the illegality of the cross-border trade. ACPA facilitated a follow-up meeting in February 2014 in Bangkok where Vietnam and Laos government representatives agreed to meet at the border crossing most frequently used by dog traders to discuss a detailed action plan to stop the illegal dog trade.

Tackling the illegal dog trade is the first definitive step in achieving ACPA’s goals of ending dog meat consumption in Vietnam. Undoubtedly it will be a huge challenge in changing people’s attitudes. The debate about the dog meat trade is an emotional one, where culture is often used to defend dog meat eating. However, culture cannot be used as an excuse for cruelty and, given the rising level of pet ownership in Vietnam, there is now much hope for ending a practice that sees millions of dogs slaughtered every year for the dog meat trade.