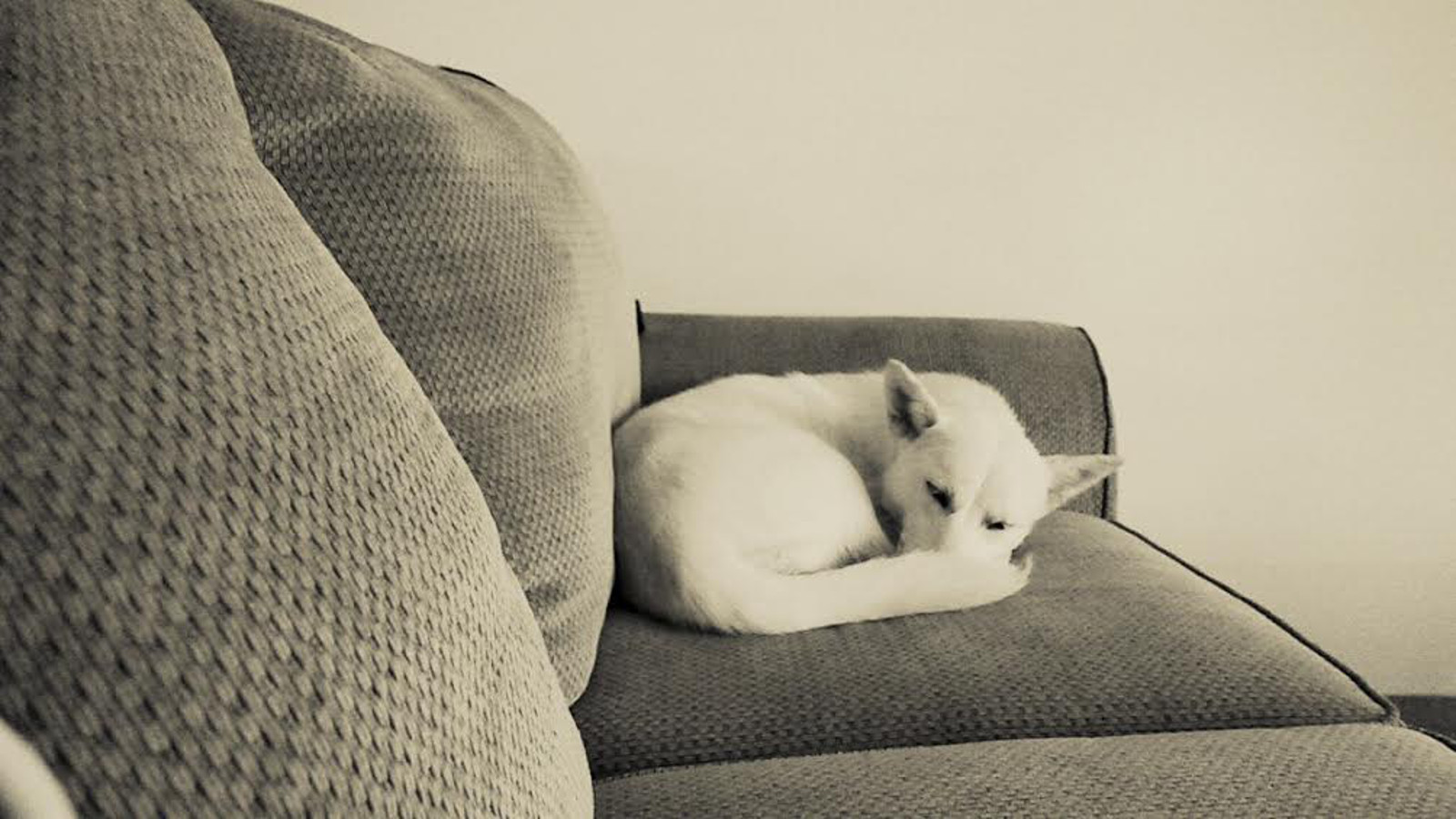 She rarely stops moving. On a snowy night in January, around midnight, a little white Jindo — South Korea’s national breed — dirty and frightened, was running around the parking lot of Moran Market, the country’s largest distributor of dog meat. When we quietly approached her, she darted beneath a car and hid. We finally coaxed her to come out and into waiting arms, and we were off to the vet’s. At one of the unholiest of places, with its execrable smell of human injustice and cruelty, torture and death, blatant violation of the Animal Protection Act — slaughtering of dogs in front of other dogs, and killing in a cruel way such as hanging — was an elation-bringing moment, for a dog on the loose to somehow appear before us.

We called her Nunnie (“Nun” means snow in Korean), and until she was deported to the States, stayed at Mia Kang’s inspiring Empathy for Life Shelter, where she enjoyed playing and running in the company of other dogs and the superb training of Muki. 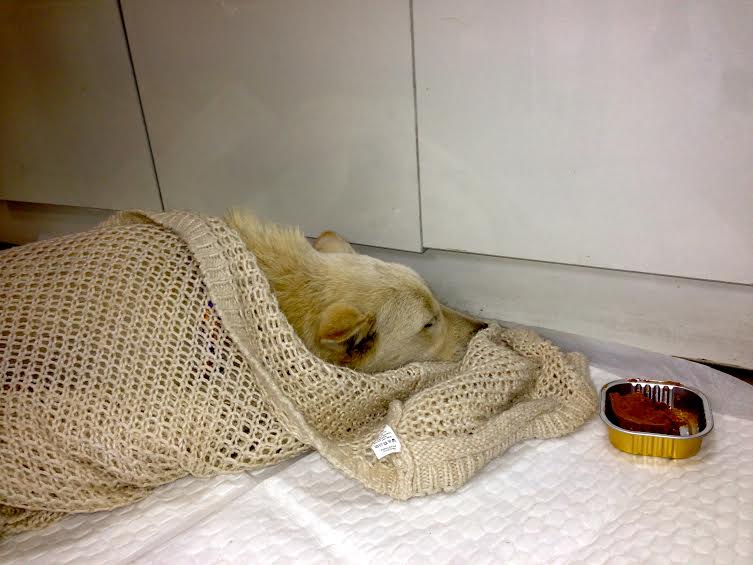 A New Beginning for Nunnie

And then it was time to get Nunnie on a plane to Chicago, where Adopt-A-Pet, through volunteers Zahava Katz-Perlish and Marc Perlish, found the perfect fosters in Brad and Angelica, who, along with their two cats, audacious Ameixa (“plum” in Portuguese) and shyest Peanut, who hid for a week before presenting herself, and companionable Champagne, the family dog, all embraced Nunnie after her long trip. 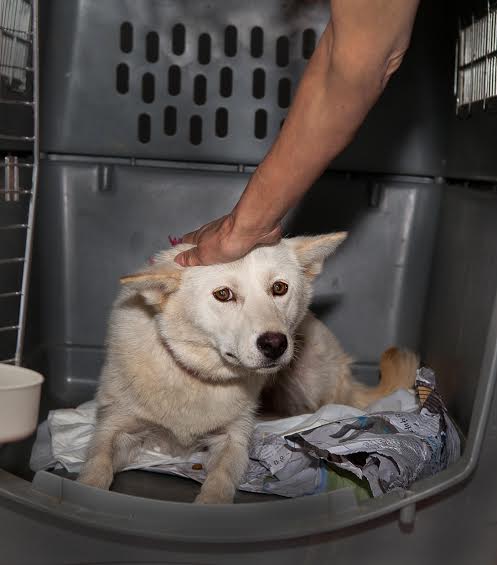 Angelica, who is from Brazil, taught Nunnie Portuguese, and Angelica’s mother, Sonia, when visiting, took both dogs on long walks. Nunnie dazzled Brad with her virtuosity of fetching, acquired almost overnight! Such a smart dog, he gushed. And he was very pleased that Nunnie, waiting for direction from Champagne, herself a sparklingly intelligent girl, learned the art of sitting whenever anyone passed by on bikes or with kids or were running. 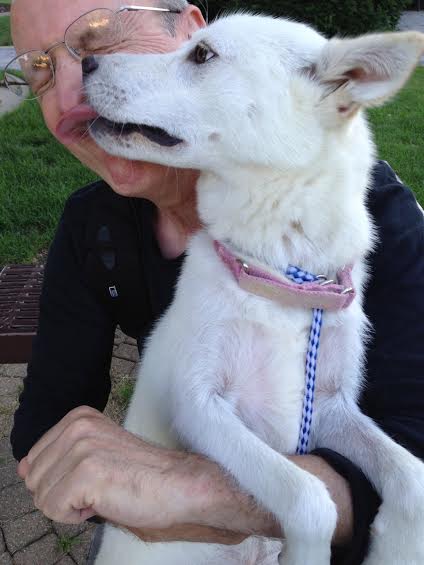 Brad and Angelica’s neighbors are a Korean family, and every day the two young girls would excitedly call for “Nunnie, Nunnie,” while their father immediately recognized the breed (Korea’s 53rd “Natural Monument”) and, after hearing that she came from a meat market, said that Koreans don’t eat Jindos, that they are safe. 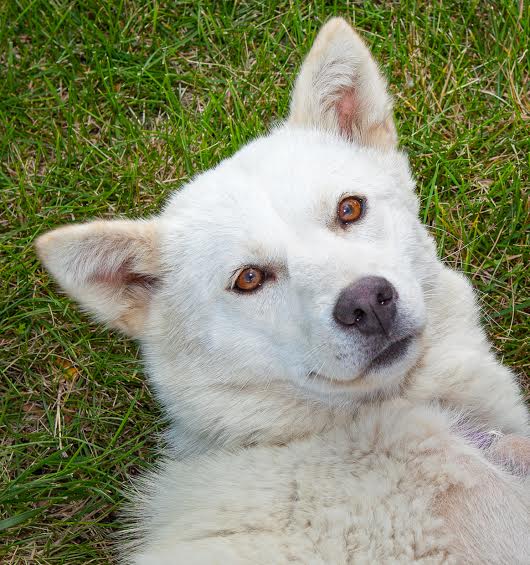 The truth is that no dog is safe from the dog meat trade — Jindos rejected from the natural designation for dubious reasons, Jindo mixes, purebreds, former animal companions, unsold dogs at pet auctions, dogs from puppy mills and shelters. Jindos and Jindo mixes are ubiquitous at farms and markets.

After a month and a half with her fabulous foster family, Nunnie found her dream home with Amr and Cortney Mostafa, who adopted her on a glorious Sunday in August. They saw her photo, read her interview with the Perlishes on NBC Chicago, and that was all it took. 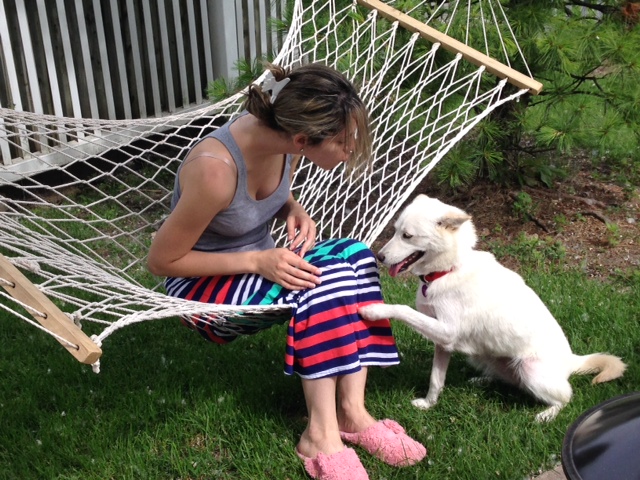 Amr, a documentary cameraman from Egypt, dreamed of having a dog who looked like a fox, and then Nunnie’s photo appeared and he and Cortney, an accountant, became immediately rapt and knew she would be theirs. Their little dog, Sebastian, was delighted to have a sister canine, and they engaged with each like old friends after they were introduced. 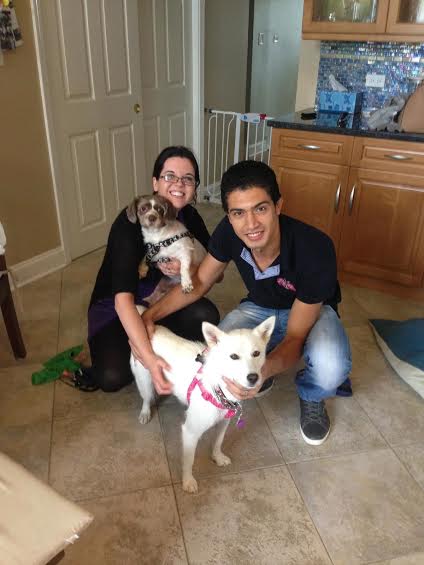 Every day is an adventure, spilling over with deep pleasures. Nunnie loves vitamins like candy, dashes madly around the apartment luring Amr to catch her, delights in playing with her stash of toys and then gleefully destroys them, wrestles with Amr, cavorts everywhere with Sebastian, sniffs everything in sight, licks Cortney, is a ball of energy, a dizzying blur of white fur. Now Amr is teaching her to run with him, to use all her abundant get-up-and-go. The only time Nunnie is resting is during sleep, when she is on her back, legs in the air. 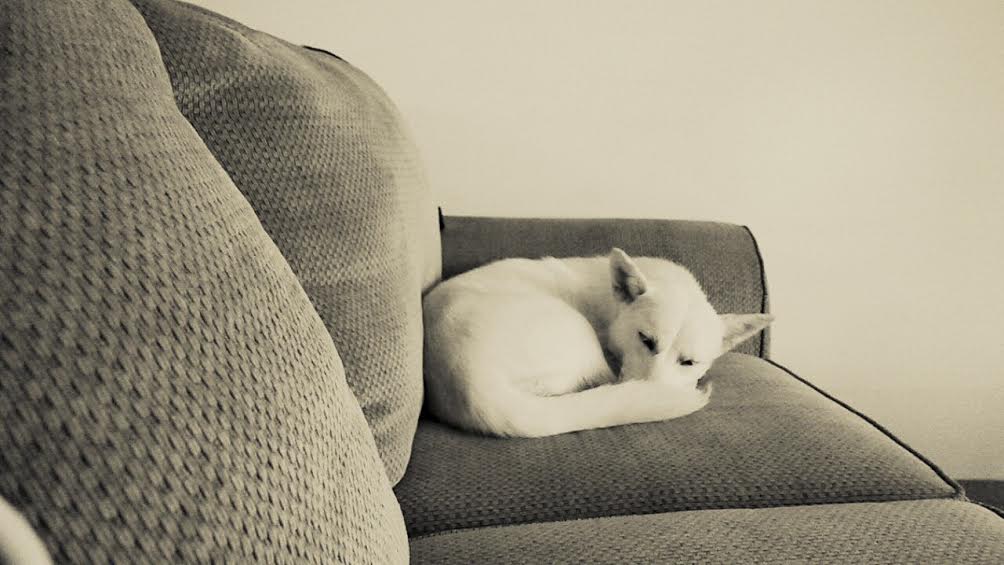 This little fox, “daddy’s girl,” as Cortney calls her, was destined to be Amr’s dog. They both share the same vitality and animated personalities and approach to life with quicksilver wonder. Both are brave. And as much as Nunnie doesn’t like to stop, she is home now, so she can take a rest.

To learn more about what IDA is doing to combat the dog meat trade, click here.