Why I Foster: The Story of Shmoopy the Puppy Who Was Sold for Cigarettes 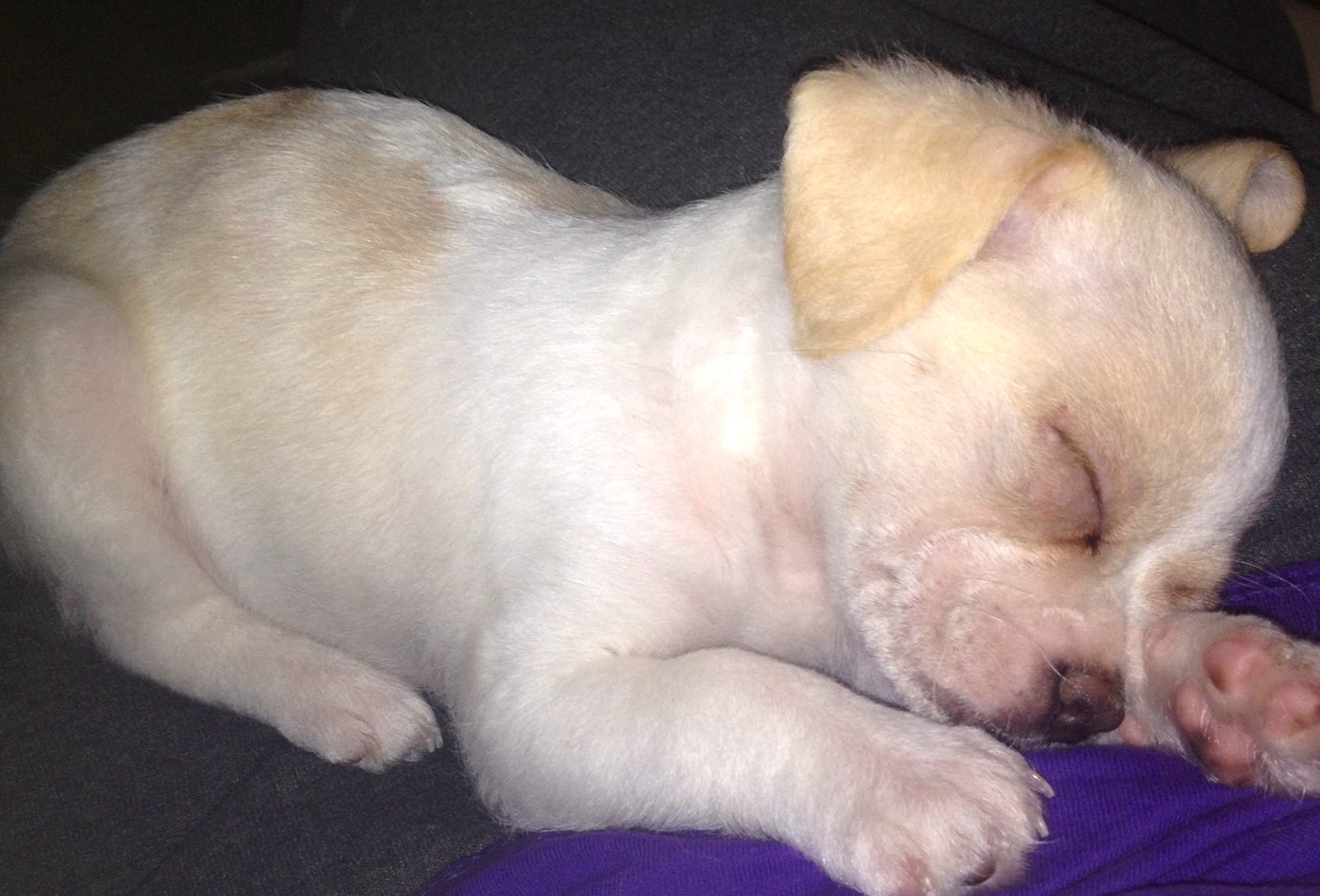 I got a text late one Thursday night about a puppy who was being given away in one of those “free to good home” groups on Facebook. He was an eight-week-old Chihuahua/Shih Tzu mix. His coloring was kind of off-white with tan spots and reminded me of an unevenly and lightly roasted marshmallow. A fellow rescuer was planning to go get him but needed a foster for him immediately. I said I would take him, and then I got to work finding a rescue. 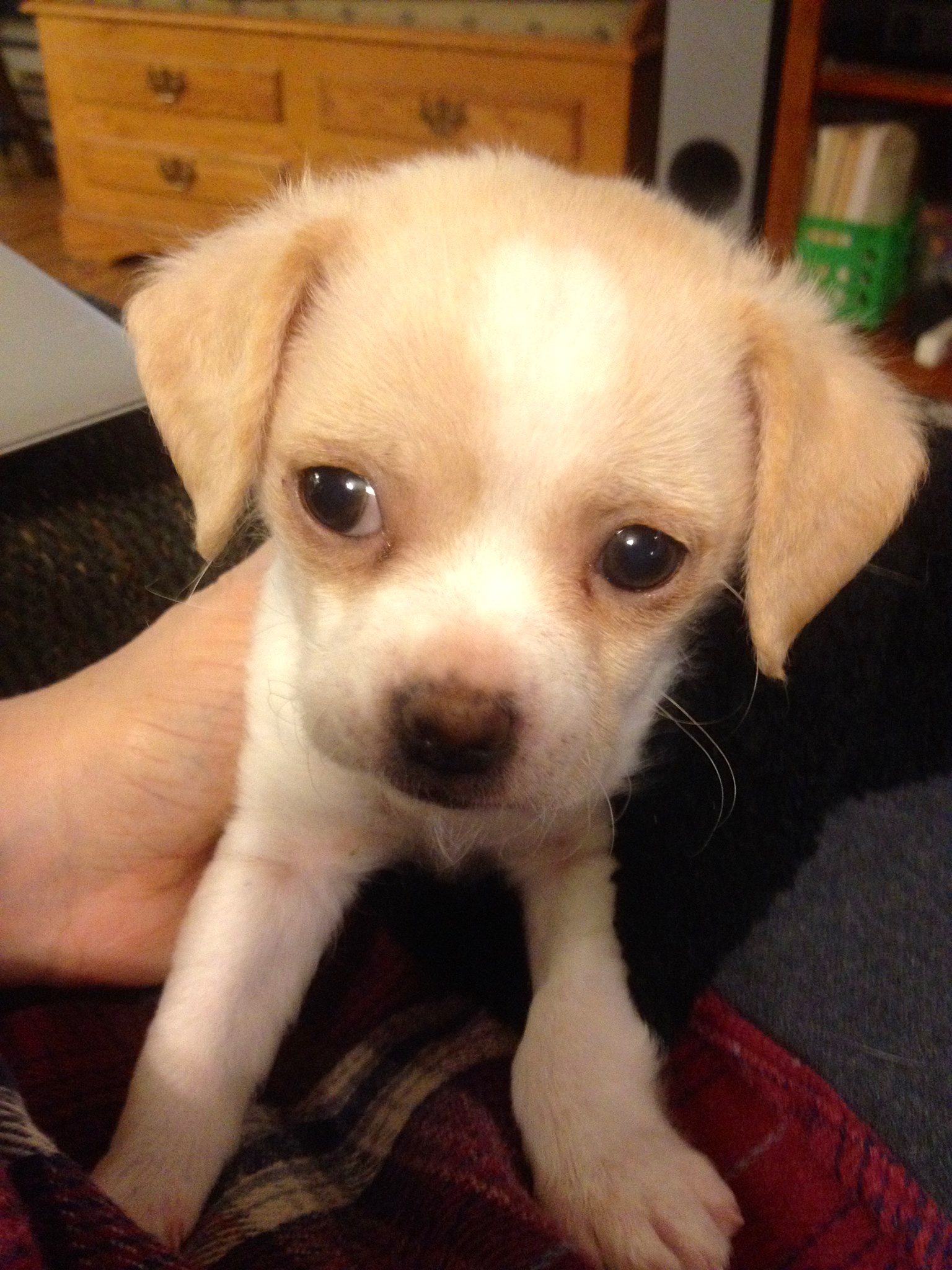 I met the rescue friend later that night to pick up the little bundle of fuzz. She told me when she met the owner, the woman asked for $10 because she was out of cigarettes. Of course she handed over the cash to make sure this baby would be safe. He was so tiny. There’s no way this puppy was eight weeks old. He barely had teeth. It was chilly outside so he was wrapped up in a blanket, burrito-style. She carefully handed him over to me like an undiscovered wonder of the world. He was precious. I had arranged for him to go to a wonderful animal refuge that weekend, but I was going to have to keep him for a few days. He was on solid food already (Shocking, for his age.) so all I had to do was keep him warm, safe and full on puppy food. 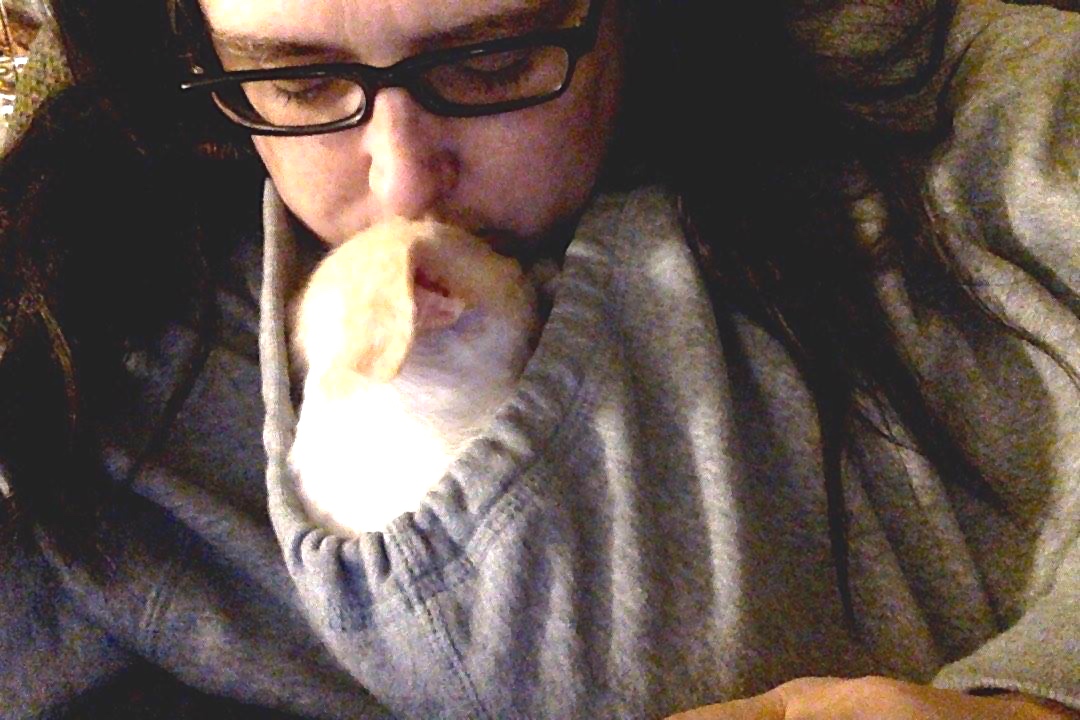 A Fresh Start for Shmoopy

When I got him home that night my husband and I both fretted over him like new parents. Our 3-year old greyhuahua, Rocky, wasn’t exactly pleased with the new bundle that warranted so much of our attention. He was so tiny and adorable I couldn’t look at him without resorting to baby talk, so I named him Shmoopy. I felt silly when I talked to him and imagined my husband looking at me strangely, which reminded me of the “Seinfeld” episode. (You know the one.)

But it is likely that this small life had never known true kindness or love from a human, so I was happy to spoil the little one. The following days were filled with many other “firsts” for Shmoopy. I managed to catch his first steps on grass on my phone, you can practically see his little heart bursting with joy.

Sunday rolled around and I met with a couple other rescue girls to make the road trip to Alaqua Animal Refuge in Freeport, FL. When we arrived, the vet gave him his first puppy boosters and weighed him. He weighed a whopping 2.4 pounds and estimated him to be around six weeks old. They explained they would have to keep him in quarantine since he was susceptible to any illness to virus that might be going around. There was no way I could leave this two-pound puppy in a cage by himself for two weeks, so I brought him back home to foster until his next round of shots were due. 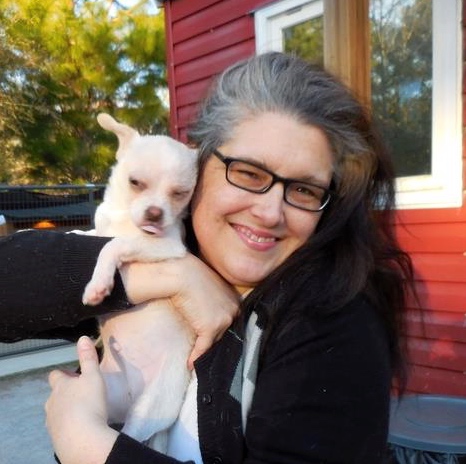 For two weeks, we played and snuggled. Rocky finally started to warm up to him and taught him to play chase and tug-of-war. His teeth finally started to really come in and we felt like pin cushions, but in a good way. When I took him back for the next round of shots they said they needed to keep him. That was hard to walk away from but I knew it was for the best. A week later I found out he was being treated for demodectic mange, which looks worse than it is. He had lost almost all the hair on his face and a lot on his feet. Heartbreaking. 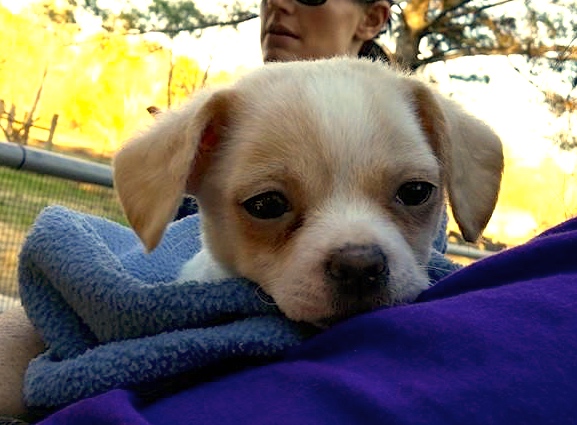 Shmoopy stayed at the refuge for about a month and continued to receive treatment. We all went to visit Alaqua recently and I was allowed a play session with him in the clinic. I swear he must have remembered me because he immediately resorted to his old habits of jumping in my face and nipping my mouth, all the while his little tail going 90 miles per hour. He’s looking a lot better now and I’m so grateful I got to visit him one last time, as I just found out he finally got adopted and went to his forever home. A happy tale for a sweetheart of a pup! 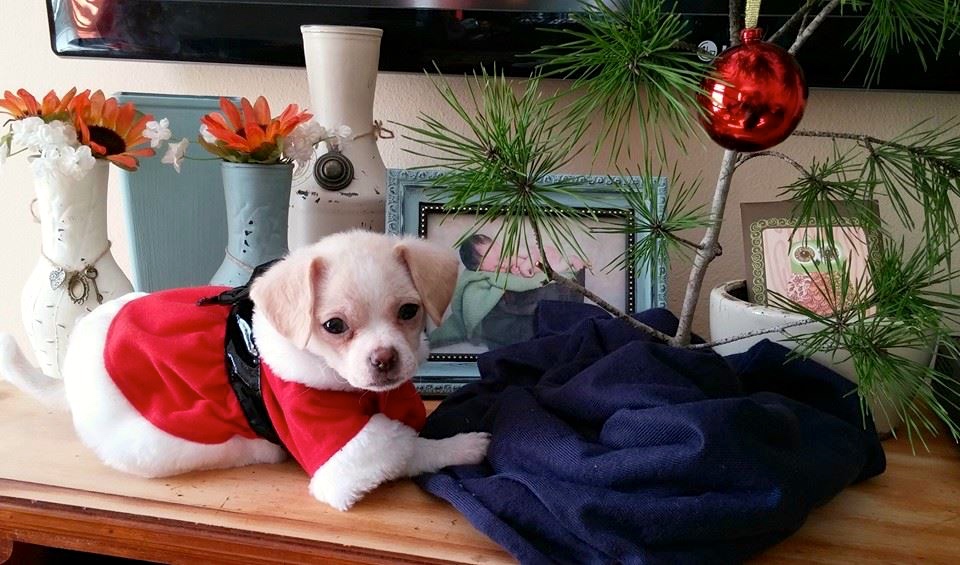 I cringe to think of the shape he would be in had he been sold for $10 to someone who didn’t care like we do. I also, sadly, recently placed his biological mother and sister in a foster home, as the family surrendered them also. The sister has the same skin problem Shmoopy had but hers is far worse. Thankfully, this little family now has the chance to start over in the care of people who will give them all the love and attention they have always deserved.

Shmoopy and his family are proof that fostering can save lives. If you’re interested in getting involved fostering, contact your local animal shelter and start saving lives!

Remember, if you suspect someone of animal neglect or abuse, report it before a life is lost.