Where Are the World’s Wild Caught Orca Whales Imprisoned? 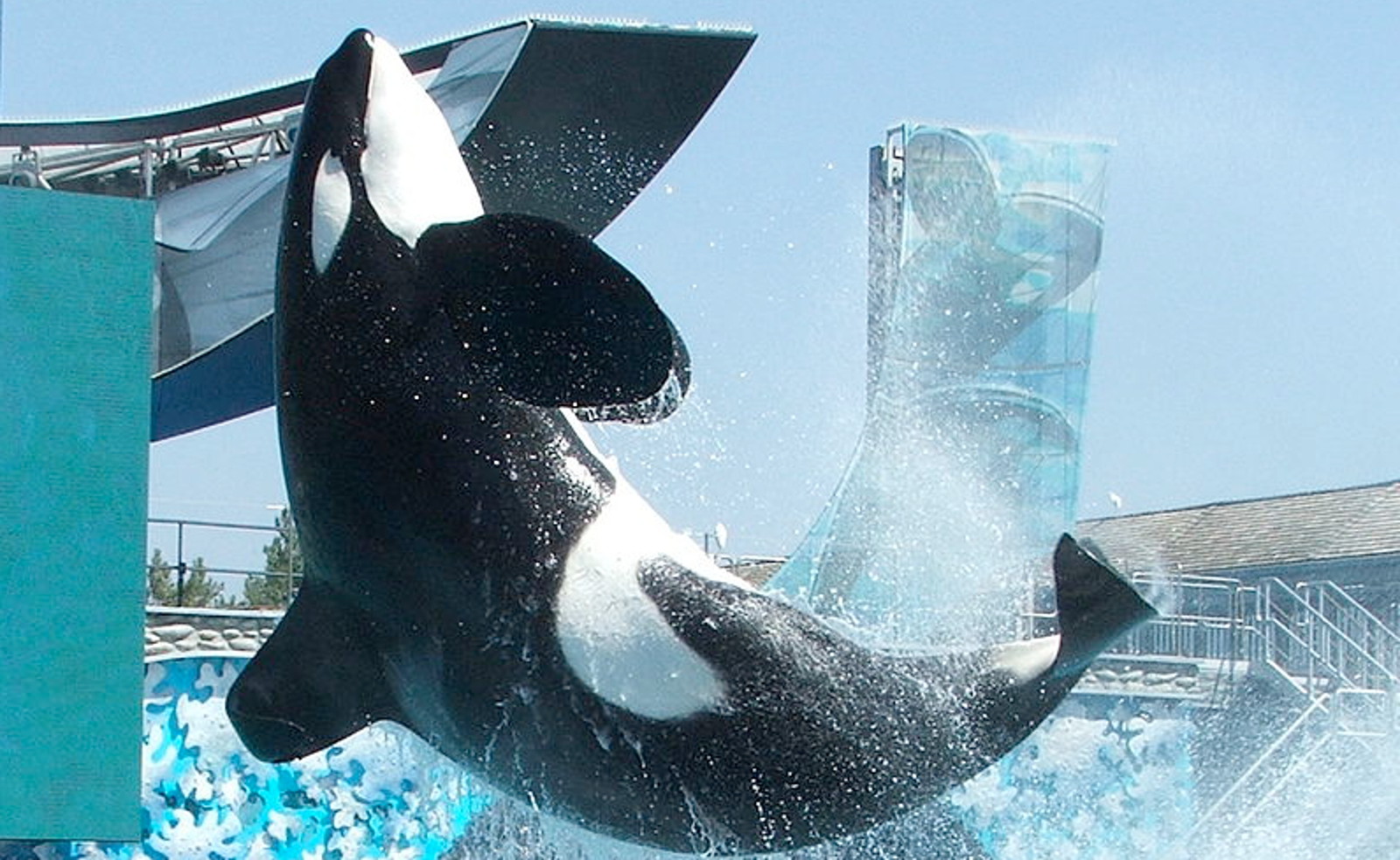 There are few experiences in this world that are as breath-taking as seeing an orca whale in the wild. These cetaceans travel in pods and move with such swift, decisive grace that it is hard to believe that a creature so large can traverse the ocean with such astounding ease. Highly intelligent, social, and curious animals, it is no wonder that many people adore orca whales.

But, it seems that this engrossing admiration of these marine mammals does not play in their favor. Rather than being satisfied with viewing these whales in the wild – in true human-form – people sought to capture these wild animals and display them for their own entertainment. In fact, the idea behind SeaWorld started with Ted Griffin’s dream to ride an orca whale. Teaming up with a crew of Canadian fishermen, Griffin captured and sold over a dozen wild orca and soon the spectacles that are marine parks exploded with popularity.

As we learned from Blackfish, a tank is no place for an orca. The mental and physical damage that captivity does to these dynamic creatures causes them to become violent and aggressive – who wouldn’t after being forced to live in a bathtub indefinitely. Despite the growing awareness of the dangers of marine parks, to both humans and animals, SeaWorld and a whole host of other chains continue to exist.

There are currently 52 orca whales being held captive in marine parks across the world. The majority of these whales were born in captivity, but some were captured from the wild. SeaWorld currently has five orcas on display who were captured from the wild. Though the marine park chain has since done away with wild captures in favor of their captive breeding program, there are still other marine parks in the industry who continue to capture whales from the wild. In light of the recent news about two wild caught orcas who are currently being held at a Russian exhibition center (awaiting the construction of the aquarium where they will be displayed in 2015!), let’s take a look at where the wild caught orca of the world are being held. 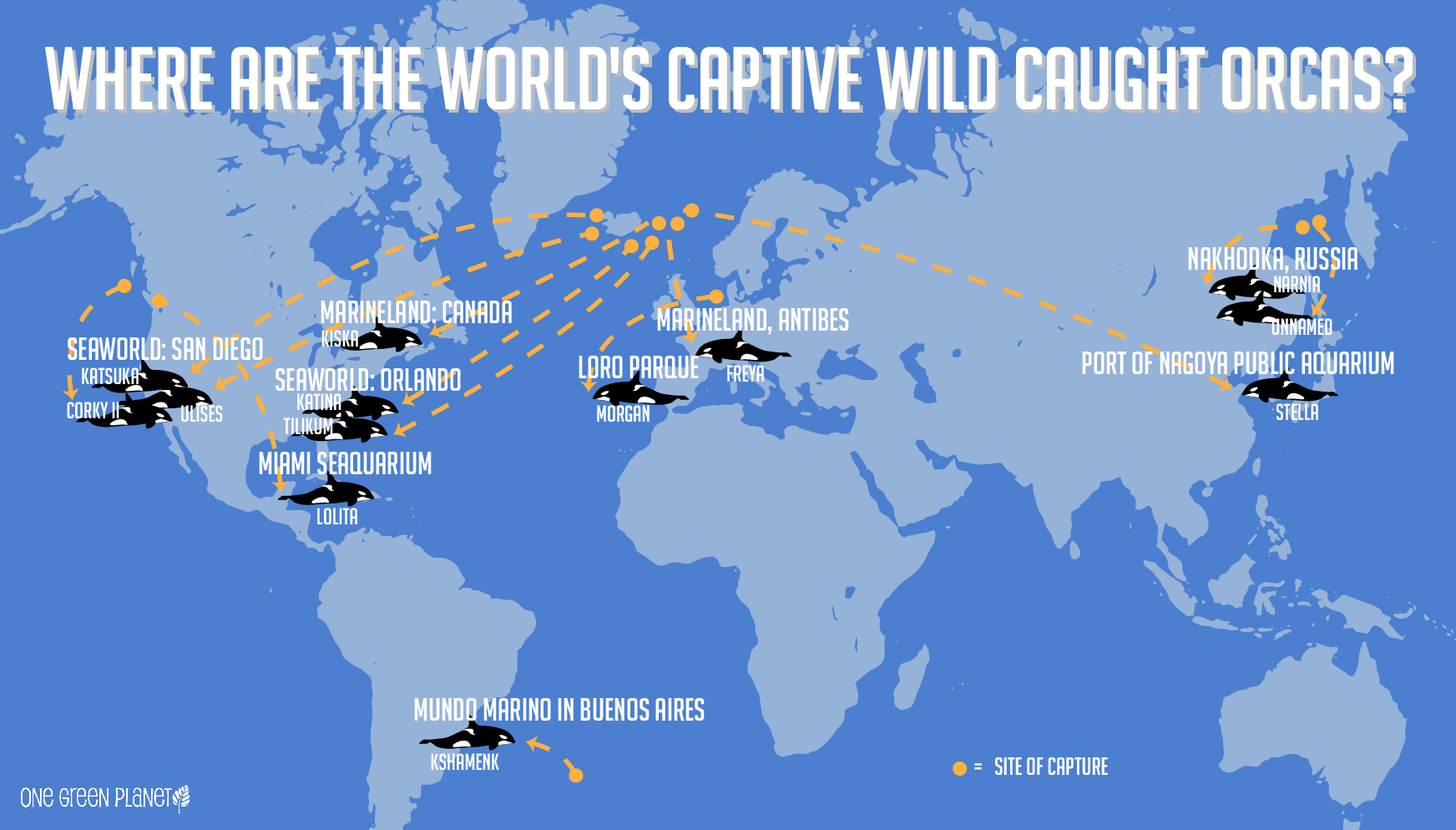 What You Can Do to End Marine Captivity

Thanks to exposés like Blackfish, many people’s perspectives on marine parks have changed for the better. As more people wake up to the truth behind the lies that marine parks proliferation, the less attendance these parks see. SeaWorld’s attendance is at an all time low, musicians are refusing to perform there, stocks are being sold, and more and more anti-captivity protests pop up everyday. This is all proof that public opinion is a powerful weapon against the marine captivity industry. When people stop buying tickets to see captive cetaceans, marine parks become obsolete.

These incredible creatures are so much more than entertainment props and deserve to live out their days with their pods in the wild. While there is hope that wild caught orca can be returned to the ocean, the same can’t be said for captive born whales who have no knowledge of how to survive in the wild. For the sake of these formerly wild orca, spread this post and let’s stop funding marine parks and their cruelty to cetaceans.