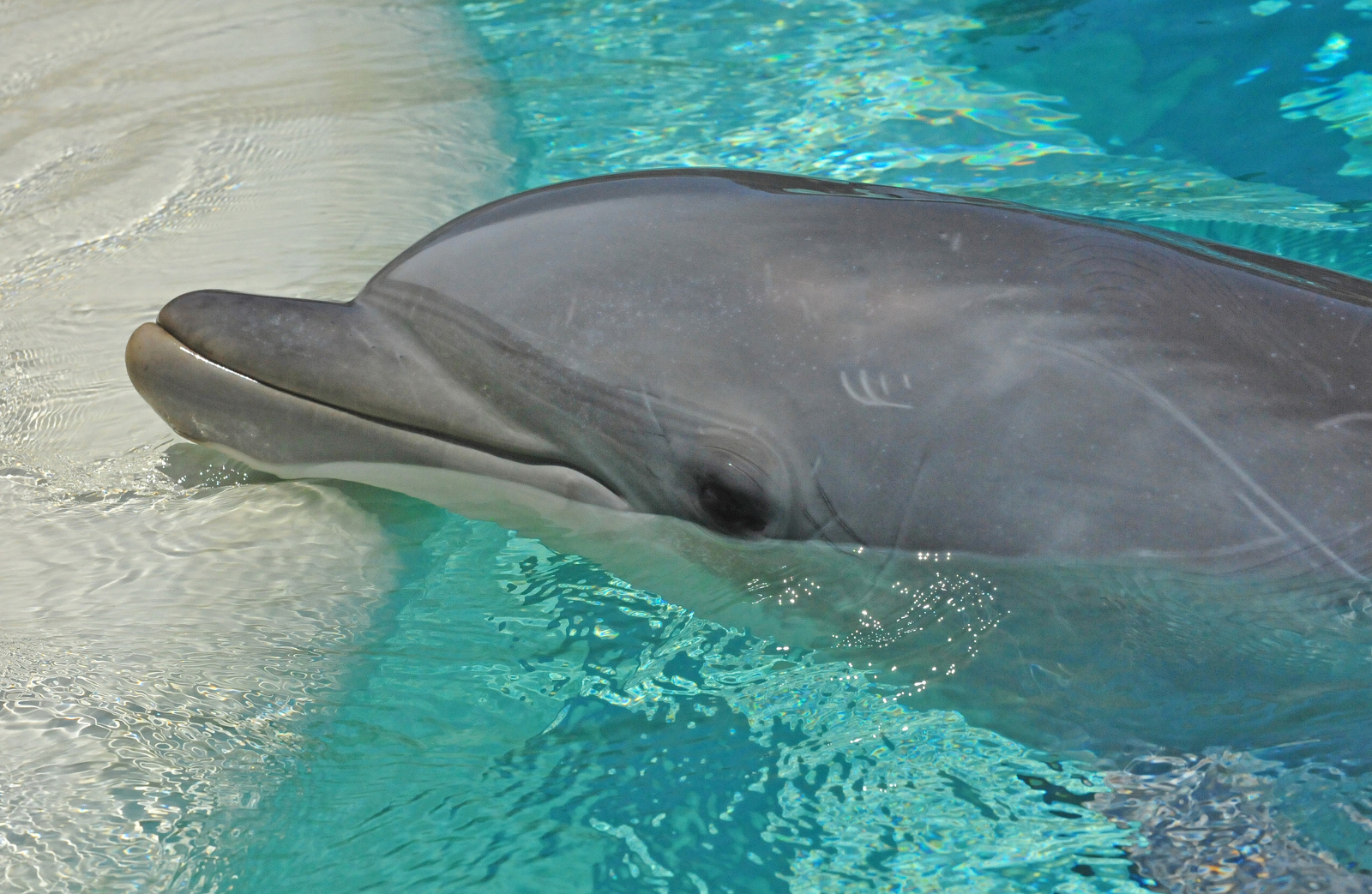 For years, Earth Island Institute and our colleagues have been bitterly complaining about the captive industry’s support and subsidy of the dolphin hunts in Taiji.  Finally, the World Association of Zoos and Aquariums (WAZA), after years of lip service, are cracking down on aquariums that buy dolphins and thereby subsidize the slaughter of dolphins in Taiji, Japan.

“A stunning blow against the dolphin killers of Taiji,” noted David Phillips, Executive Director of Earth Island’s International Marine Mammal Project.  “If all the Japanese aquariums follow through with this new ban on captive dolphins from Taiji it will take millions of yen out of the Taiji dolphin killer’s pockets and could render the entire Taiji killing operation uneconomic and unsustainable.”

The captive industry is the economic life of the horrid dolphin drive hunts.  A trained live dolphin from Taiji can fetch up to $150,000 or more on the world market.  On the other hand, the dolphin hunters can only get $500-600 for the meat of a dead dolphin.  The Taiji dolphin hunters kill thousands of dolphins but save the best “show quality” dolphins for the captivity trade.  This is obscene. 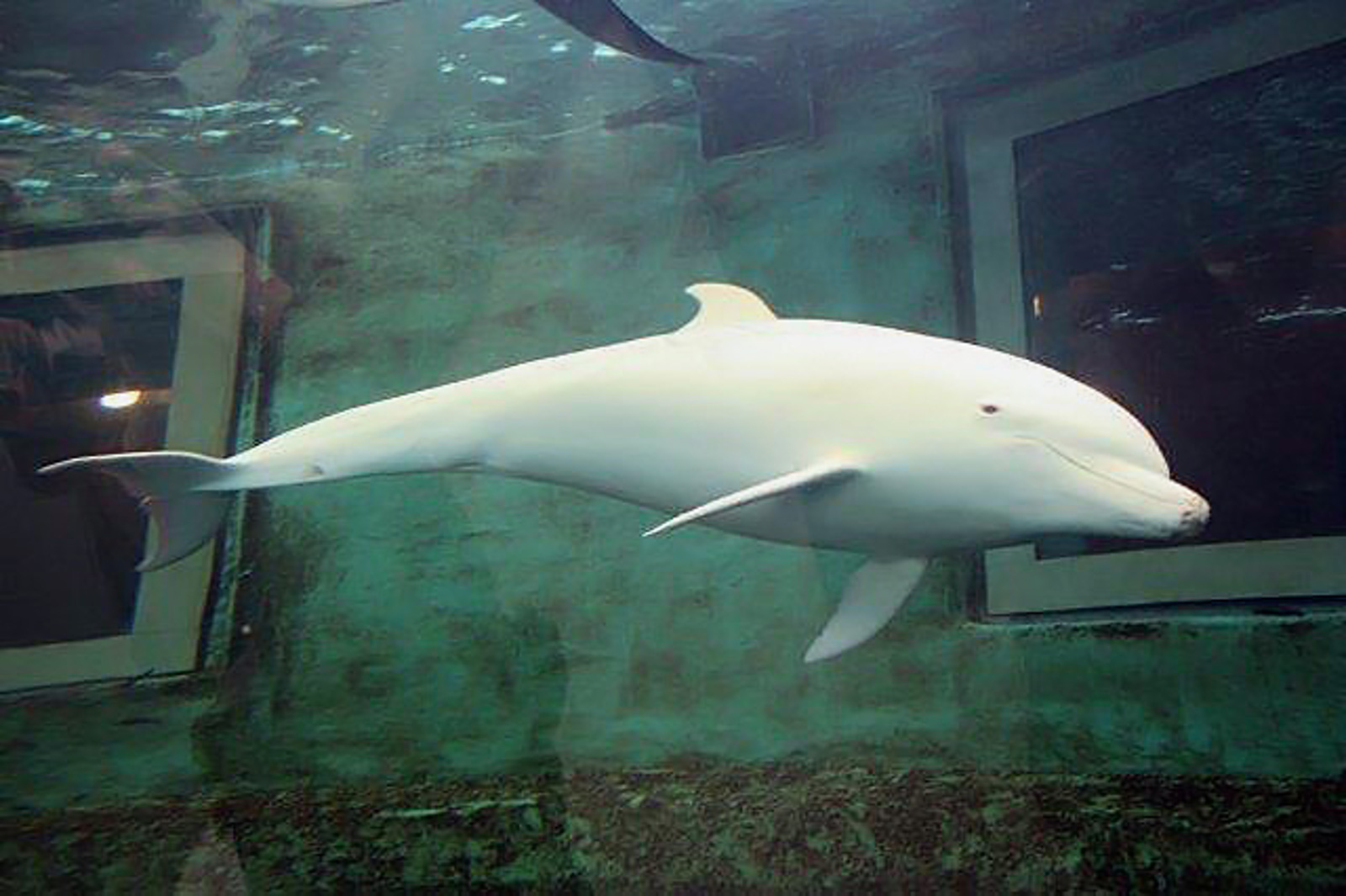 In the past, several aquariums in the U.S. acquired dolphins from Taiji, although in 1993, Earth Island lawyers and other groups protested the proposed import of several false killer whales by Six Flags Discovery Park (then known as Marine World Africa USA), now based in Vallejo, CA.  Under the federal Marine Mammal Projection Act, dolphins are required to be caught humanely for public display.  The permit request was quietly withdrawn, and since then no U.S. aquariums have sought to import dolphins caught during the Taiji dolphin slaughters.

Earth Island and our colleagues with the Elsa Nature Conservancy of Japan issued a press release in 2005 revealing the dirty secret about the connection between the dolphin hunts and the huge subsidy paid for live dolphins by the captive industry, including the notorious Taiji Whale Museum.  Indeed, according to Taiji’s own town history, the dolphin drive hunts started in earnest in Taiji in 1969 because the Taiji Whale Museum wanted some live false killer whales for their collection.

In 2009, the Academy Award-winning documentary “The Cove” revealed the dolphin hunts to the world and the link to the captive dolphin industry.  Many organizations have joined Earth Island and Elsa, including Australia for Dolphins, OceanCare, and Sea Shepherd Conservation Society, in protesting the involvement of the aquarium industry and its global representative association, the World Association of Zoos and Aquariums (WAZA).

The Japanese Association of Zoos and Aquariums (JAZA) is an associate member of WAZA, and many of JAZA’s aquarium members source dolphins from Taiji.  Indeed, the main broker for Taiji dolphins, the Taiji Whale Museum, owned by the town of Taiji, is a member of JAZA. 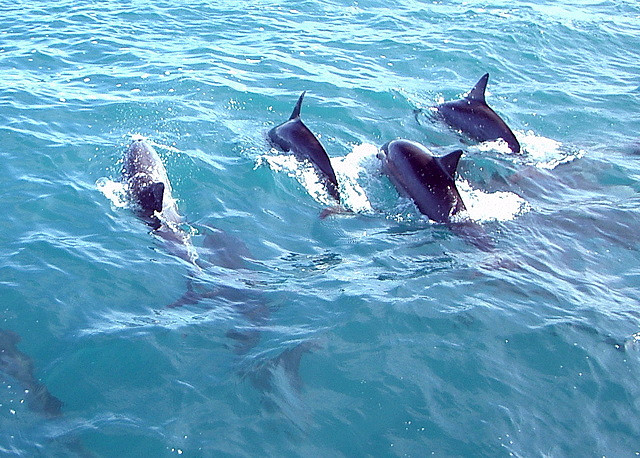 Years of online petitions, letters, and protests in Gland, Switzerland, finally bore fruit as WAZA announced in April that they were suspending JAZA’s membership for one month while JAZA decided between continuing grabbing dolphins from the cruel hunts or maintained their membership in WAZA.  A key lawsuit filed by Australia for Dolphins against WAZA in Switzerland was likely the push WAZA needed to finally take action.

In addition to the international prestige that membership in WAZA brings to zoos and aquariums, members can trade animals between other WAZA members.  This is an important way zoos and aquariums can acquire rare species and engage in better husbandry and breeding practices.  While JAZA has 18 aquariums that admit to acquiring dolphins from the Taiji dolphin slaughter (several JAZA aquariums have refused to answer the question of whether or not they have dolphins from Taiji), JAZA has 89 zoos that depend on WAZA.

JAZA brought the issue to their members on May 19th for a vote. The vote of JAZA’s membership was 99 in favor of remaining with WAZA versus 43 urging continued use of dolphins from Taiji (several members did not vote), reported The Japan Times.

“(JAZA) will prohibit its members to acquire wild dolphins caught by drive fishing in Taiji and to take part in their export and sale,” JAZA chair Kazutoshi Arai wrote to WAZA.  WAZA has expressed its support for the decision.

It remains to be seen just how significant this move will be.  Our colleagues with the Elsa Nature Conservancy of Japan estimate that there are more than 100 facilities that hold dolphins in Japan, many small swim-with-dolphins tourist attractions that have a net in a harbor with some dolphins.   The Taiji Whale Museum has already made noises about dropping out of JAZA.  Since they get all their dolphins from the Taiji hunts, there is no need for them to be a member of JAZA or WAZA, although it will certainly be a black mark on their record.

In addition, Taiji has developed international markets for live dolphins to aquariums outside of Japan, exporting live dolphins to China, Russia, and the Middle East.  WAZA has vowed to ensure that all WAZA member aquariums refuse to buy dolphins from Taiji, but it is not clear how many of the new aquariums being built overseas from Japan are members.

“It will take continued vigilance to ensure that the dolphins captured in Taiji are not secretly sold to Japanese aquariums, and that other markets around the world do not step in to take the place of the Japanese purchases,” David Phillips, Executive Director of Earth Island Institute, warned.

Still, the Taiji dolphin hunters have taken a big economic hit.  It remains to be seen how big.

Aquariums and zoos have a checkered history of depleting wild animal populations for their displays. Most have now moved on to seeking better ways of acquiring animals, such as captive breeding and trades with other facilities, without harming wild stocks.

And dolphins are being recognized, more and more, as inappropriate animals to keep in captivity, due to their high intelligence, social ties with their family pods, and adaptations to swimming long distances in the complex ocean environment, which concrete tanks cannot mimic.

JAZA and other aquariums that acquire dolphins for display through the bloody dolphin hunts in Taiji are clearly trying to hide their guilt and avoid the Japanese public realizing that the dolphin they love to watch were caught under horrendous conditions.

The Taiji dolphin drive hunts must end – stopping the subsidy from the aquarium industry is a major step in that direction.