4 Simple Ways YOU Can Help Dolphins in Captivity 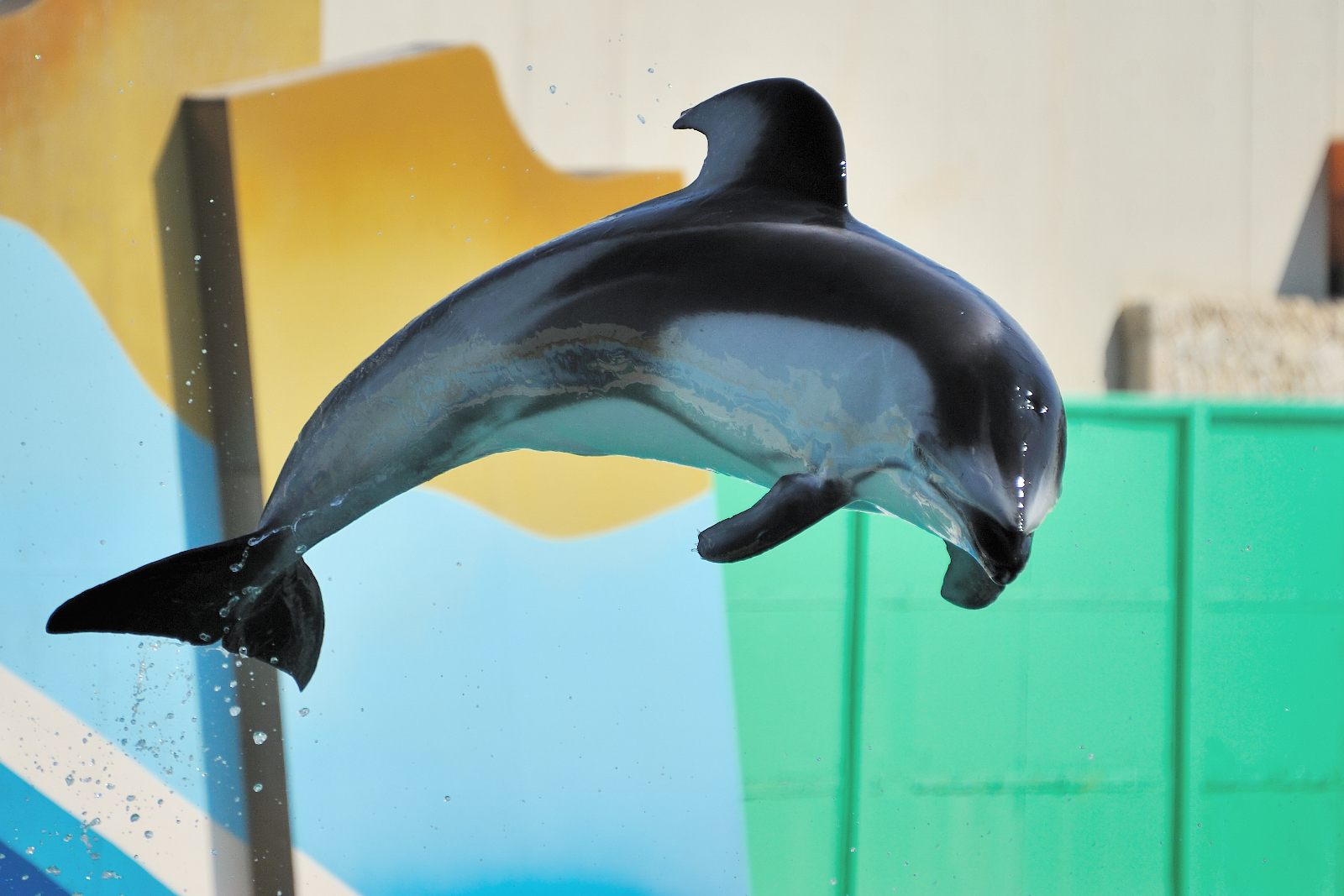 Chances are, you know that marine parks are bad news for non-human animals like dolphins. Resulting from years of boredom, swimming in circles in a pool the size of a bathtub, captive cetaceans exhibit abnormal aggression and repetitive behaviors. Many captive cetaceans are extremely mentally distressed and resort to self-mutilation, vomiting and even suicide attempts …*shudders* This doesn’t sound like a life, does it?

But for now, we will shift our focus away from the negatives of marine parks and turn our consideration over to how captive dolphins may be helped! Dolphins are exceptionally intelligent, emotional, and social beings. In fact, in regards to intelligence, cetaceans may actually have us beat! Intelligent or not, no animal deserves to spend her or his life exploited for our entertainment and confined to a concrete fishbowl.

The documentary Blackfish has done a wonderful job at showing us how our awareness of the atrocities facing animals in marine parks can lead to positive action. Many changes within marine parks have ensued as a result of the truths revealed by Blackfish and the film has worked to inspire prominent conservationists and the everyday activist alike to stand up for cetaceans.  So what about you? There are many things you can do to help captive dolphins, just check out this list for more!

1. Take a Stand Against Bullies – Like Marine Parks – Through Education

We Green Monsters know it can sometimes be tough to speak up for what’s right, especially in the face of power or when majority rules. But think of the changes you could make if you only dared to be different… Speak up against bullying dolphins and share what you know of captive cruelty with others. If Blackfish has taught us anything it is that sharing the truth, no matter how much it challenges popular beliefs, is an incredibly powerful tool.

Educate other by canvasing, posting on social media, organizing a screening of The Cove or Blackfish, talking to friends and family, sharing OGP posts, filming your own anti-captivity documentary, and using creativity to spread further awareness. 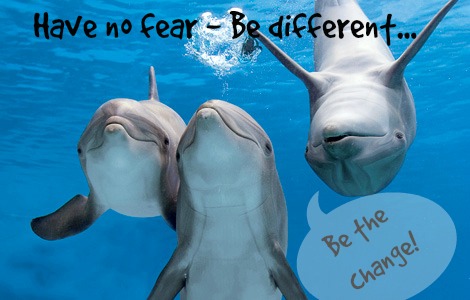 2. Flip Out on Marine Parks Like SeaWorld and Join a Peaceful Protest

Okay, so maybe don’t literally flip out. As leaders for dolphins, we want to give others a positive impression. Otherwise, how would we gain respect to increase the anti-captivity community? Positive change starts with compassion for all. However, you can still protest as a method of preventing people from supporting marine parks without ruining your reputation as an activist. We suggest peaceful protests. Boycotting marine parks is a great place to start. Ask your friends and family to join in. Launch a Facebook page and ask people who like your page to pledge to boycott as well. Check out SeaWorld of Hurt, a site run by PETA, to follow protest news and find ways you can act in your town.

So activate your inner activists now – these dolphins are tired and need our help! 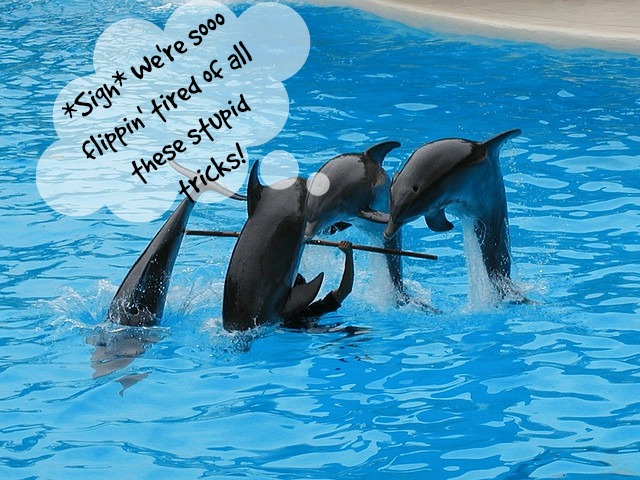 Even if we love dolphins, watching them will not help our cetacean friends. Aside from not visiting or supporting marine parks, there are still more ways you can benefit captive cetaceans. For example, you can volunteer for organizations dedicated to protecting and freeing dolphins. You can donate to or take action through the Dolphin Project, an organization attempting to grant dolphins’ personhood. You can also volunteer for Whale and Dolphin Conservation and for the Oceanic Preservation Society, and join community efforts such as Facebook pages for freeing whales and dolphins. 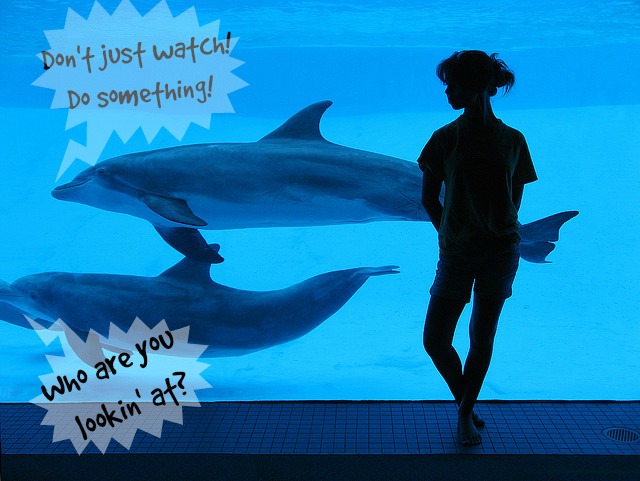 When (not if) the day comes for dolphin captivity to no longer be legal, dolphins will still need somewhere to call home. Thus, we must keep the oceans protected. How?

Cutting your carbon footprint is the first step to help prevent ocean acidification. By taking meat out of your diet you can slash your carbon footprint in half! Be mindful of your seafood consumption, or cut it out entirely. Commercial fisheries contribute to the collapse of marine ecosystems, so the lower the demand for seafood, the less commercial fleets mining the ocean for fish. Plastic pollution also poses a major threat to dolphins so be sure replace all the disposable items you use daily with reusable alternatives. Check out this post for more.

Feel like being innovative? Check out this post as well for more ways you can help oceans and marine species. Put on your solutionary lens and you’ll see there are endless opportunities for change. 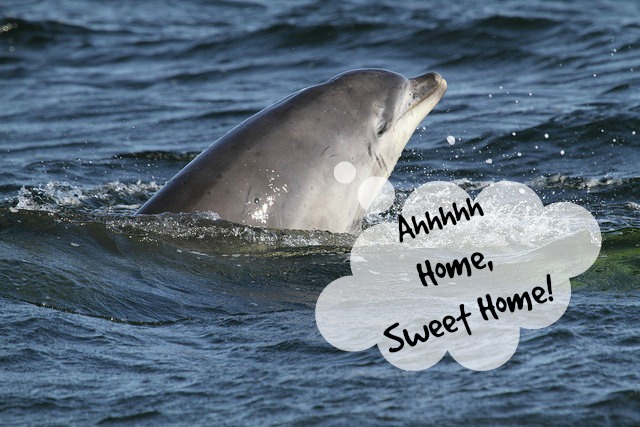