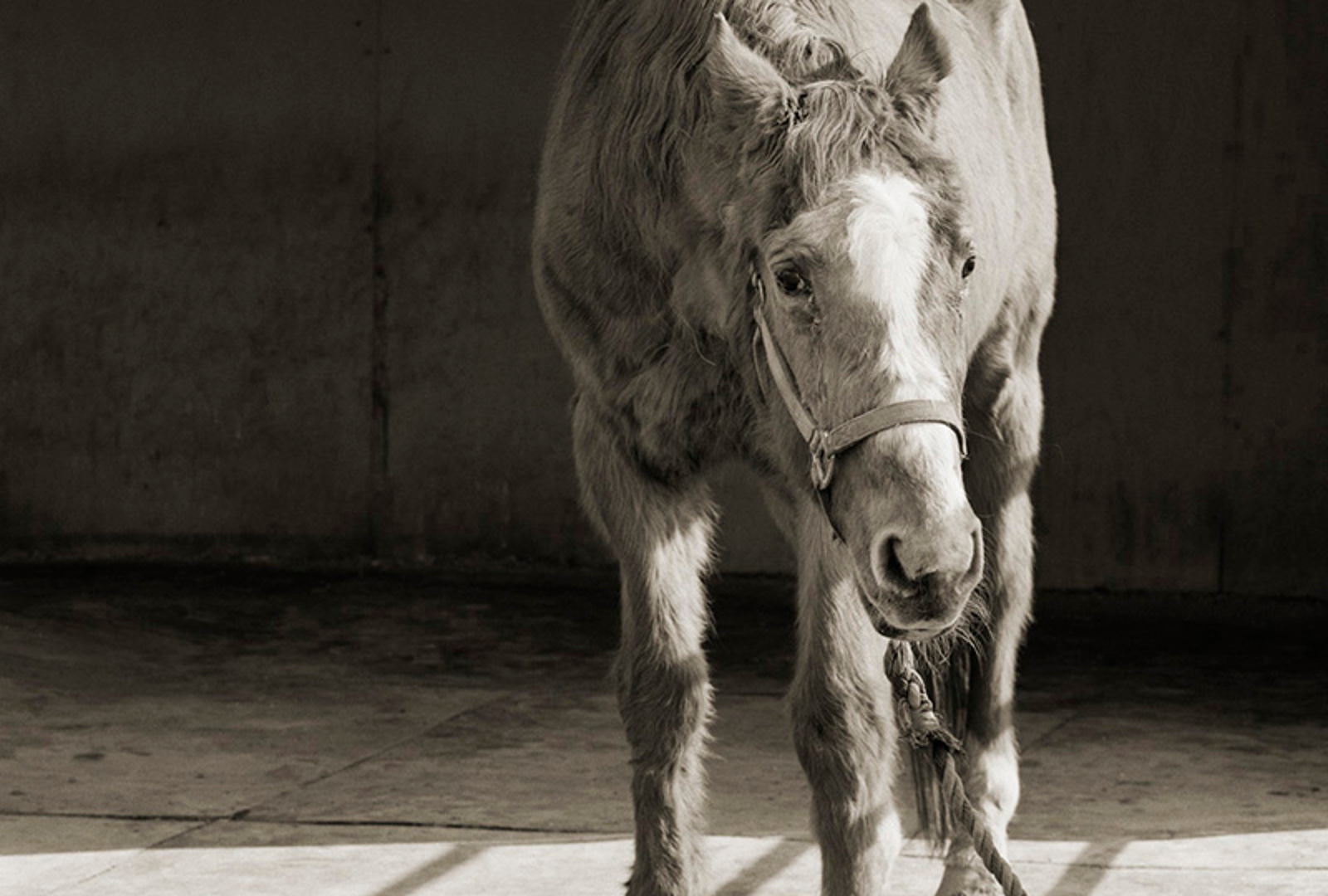 Photographer Isa Leshko’s decision to photograph elderly animals was much more than a quick idea for a new project. In fact, Leshko’s entrance into this field happened largely by coincidence. At the time she came across her first subject, Petey, a 35-year old, blind horse, she was grappling with caring for her mother who suffered from Alzheimer’s disease. In caring for her mother, Leshko was confronted with the fear and reality of her own mortality, and the subject quickly became the center of her work.

While Leshko had made the decision that she would not photograph her mother while she was unable to give express consent, due to the advance state of her disease, she was able to explore the topic of mortality through working with elderly animals. An animal’s relationship with mortality is much different than ours. Especially in the case of farm animals who rarely every live past a few years old. An animal who has made it to their twilight years has likely been spared or saved from the “purpose” we typically assign to them in their lives. However, as Leshko found, those courageous survivors all wear their age in drastically different manners, just as humans do.

Pulling it all together, Leshko decided to create the series, “Elderly Animals,” to illustrate and celebrate the lives of these animals, many of whom were survivors. Looking at their mortality face to face, the viewer is reminded of their own mortality and in turn how we are not all that different from the animals who’s lifespans we believe ourselves to control.

Leshko’s series features both domestic and farm animals for the book. Placing images of dogs and cats next to those of sheep and horses, Leshko aims to reconstruct our perception of these sentient beings. You might not find an image of an older dog unsettling, but because we rarely get to see a farm animal who has reached 20 years old, the stark injustice of how we value each of their lives is brought brutally to life. 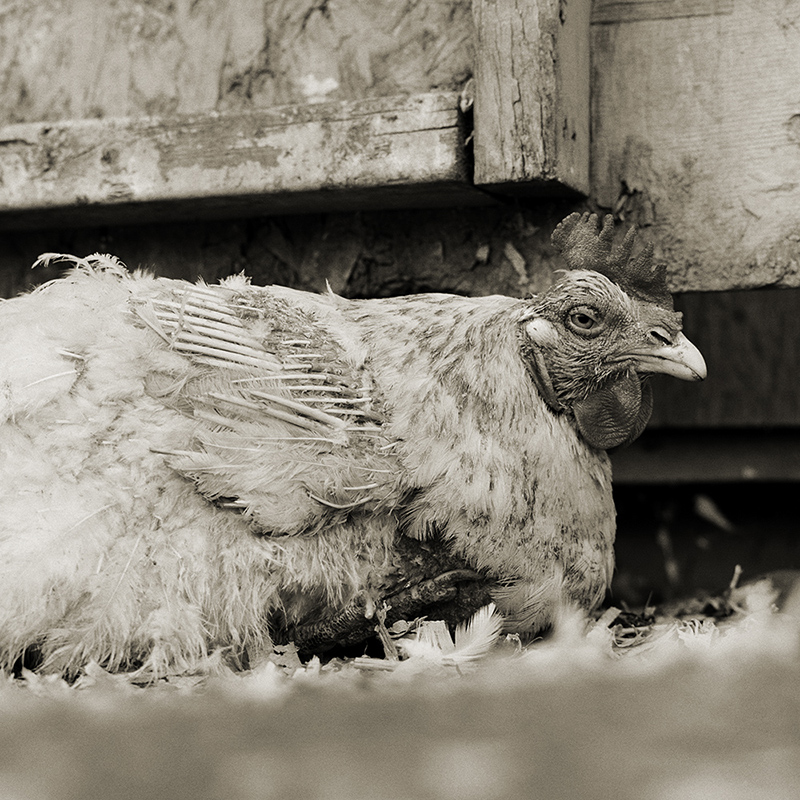 “By sequencing my images this way, I hope people to question why they treat dogs and cats differently from farm animals when (hopefully) they feel empathy for all of the animals I have photographed,” Leshko explains to One Green Planet. 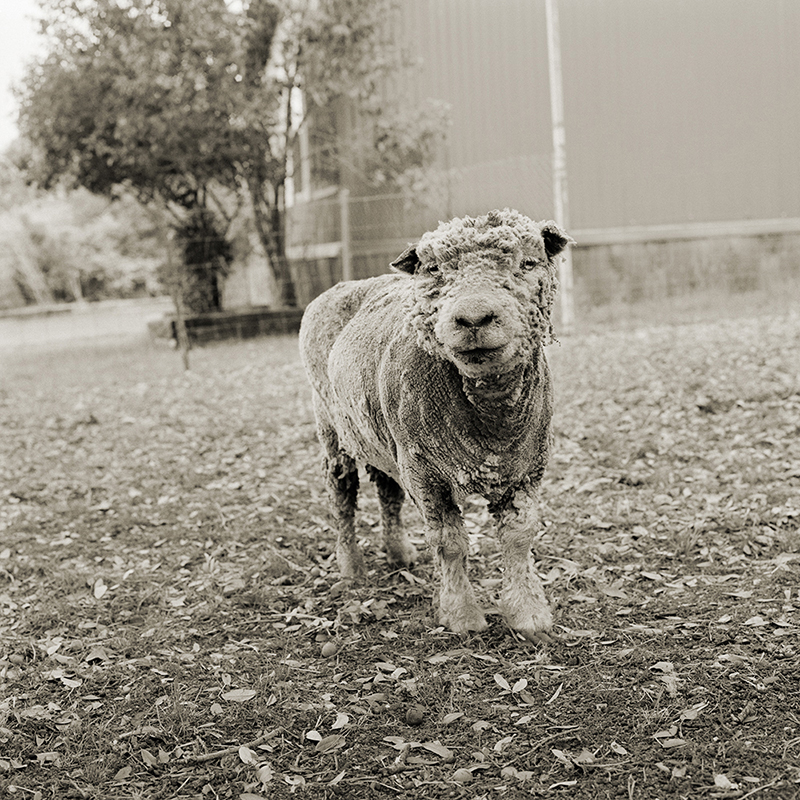 She continues, “It is very rare for a farm animal to actually live its full natural lifespan given that most of these animals experience brutality and death early in their lives. By depicting the beauty and dignity of these creatures in their later years, I want people to think about farm animals differently – or to even think about them in the first place.” 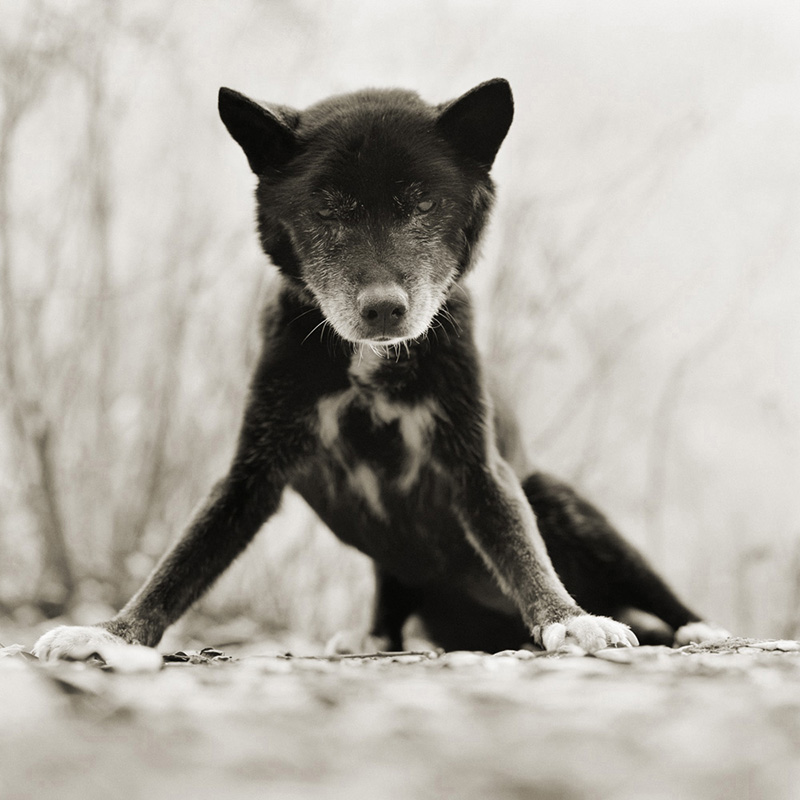 People love and adore their puppies, but at the same time love to consume veal. Because we have created stark social constructs that separate animals who are considered members of the family from those who we see as food, our relationship with each are vastly different. 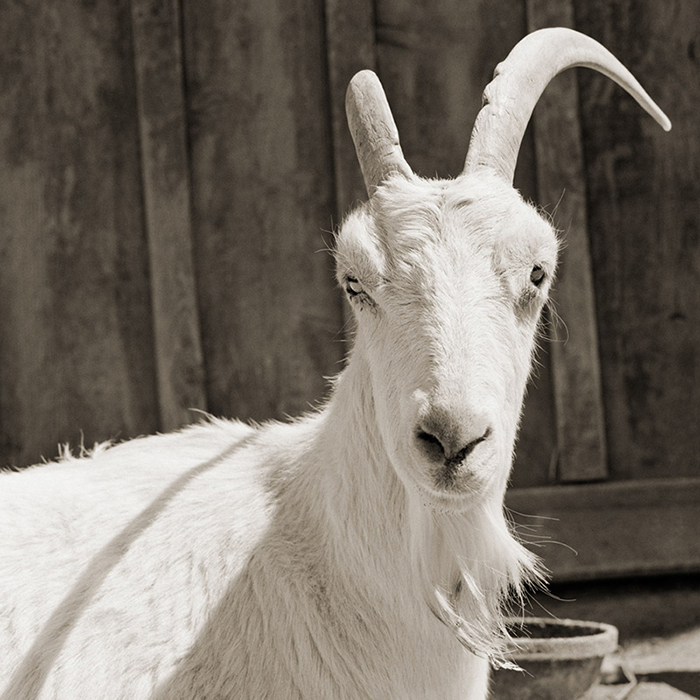 Further, Leshko tells One Green Planet, “I think most meat eaters rarely think about the animals they are consuming. They do not consider who these animals were, how they lived their lives or how they died. My hope is that my portraits of farm animals will give faces to these animals and help people understand that they are sentient and emotional beings who deserve to be treated with respect.” 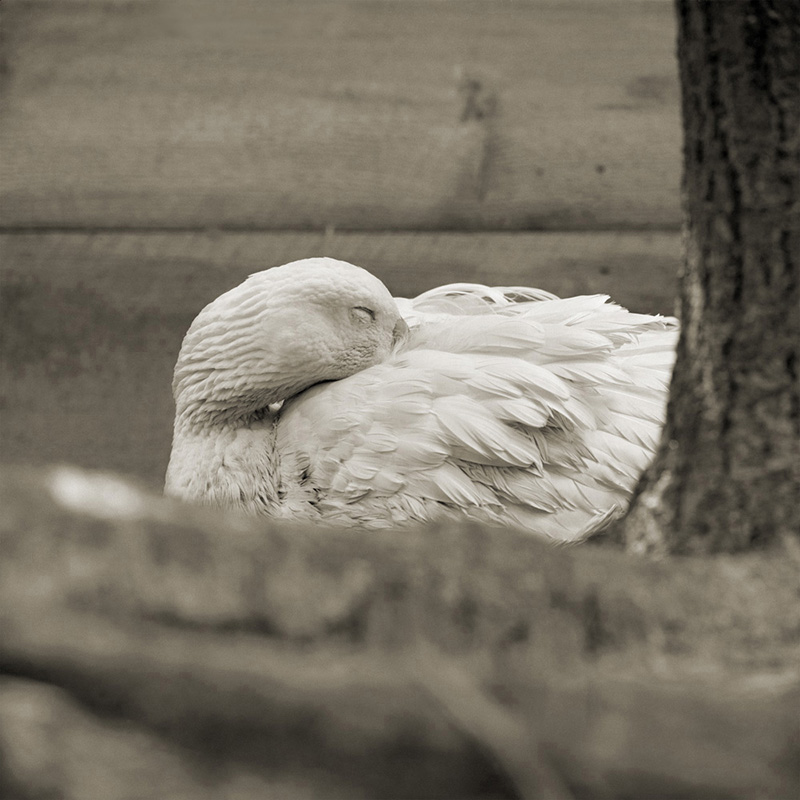 To complete this project, Leshko wanted to capture a diverse group of animals from a range of different backgrounds who had very different personalities. 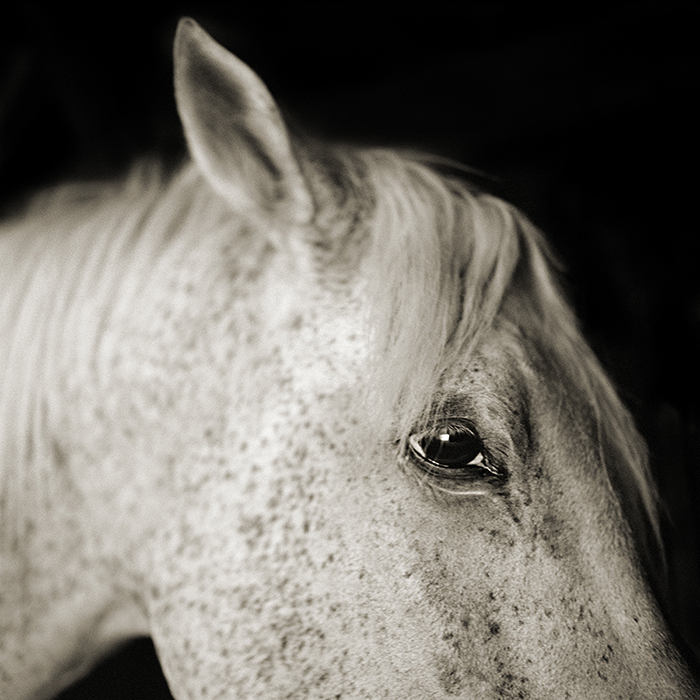 “Many of my subjects have experienced neglect and abuse before they were placed in sanctuaries,” says Leshko. “Most of the farm animals I have photographed had lived on factory farms before being rescued. Other animals in my project have been well cared for since an early age.”

A Story of Survival

Teresa, the pig, is one of Leshko’s subjects who has survived life in a factory farm. She was slated for slaughter at six-months old and was actually on board an overcrowded truck headed to a slaughterhouse in Pennsylvania when the driver decided to make a pit stop in Washington DC. The noise made my the tightly packed pigs on the truck attracted the attention of the SPCA and all of the animals on board were ultimately confiscated from the driver and saved from slaughter. Many of the pigs were dehydrated and sick with shipping fever pneumonia, but Teresa fought for survival and ended up living at Farm Sanctuary’s Watkins Glen shelter. 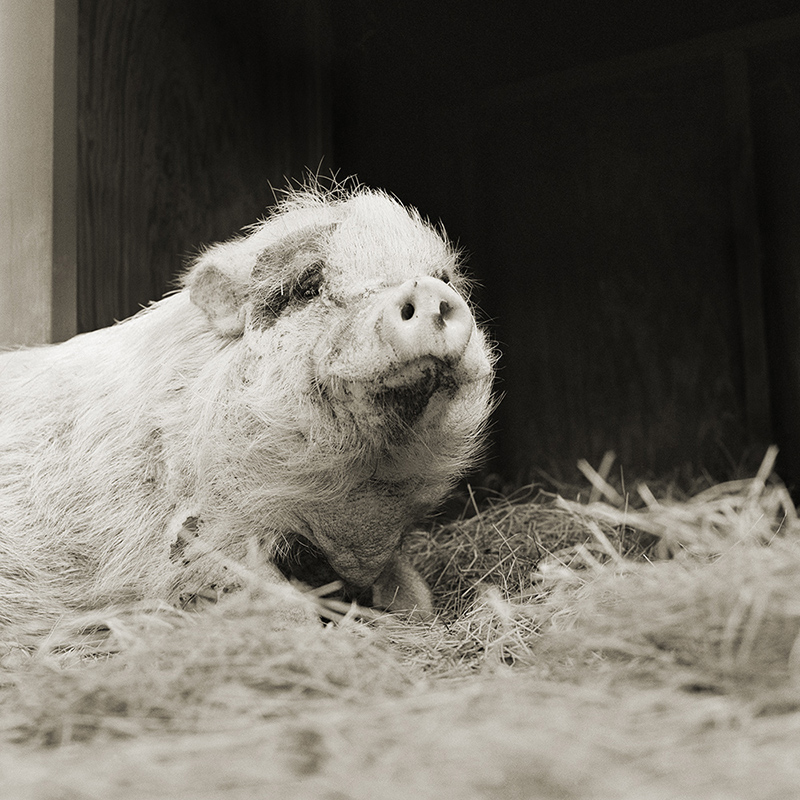 It is at this sanctuary that Teresa has been able to grow up and to grow old, living a free and happy life. When Leshko went to photograph Teresa, she had just come in from frolicking in the nearby pasture and settled down for a rest in a pile of hay.

“If I hadn’t been told her story, I never would have guessed the trauma she experienced,” Leshko tells One Green Planet, “She made soft grunts of contentment as she basked in the morning sunlight that was coming through barn door. This creature — who suffered so much — was able to still find moments of happiness in her life.” 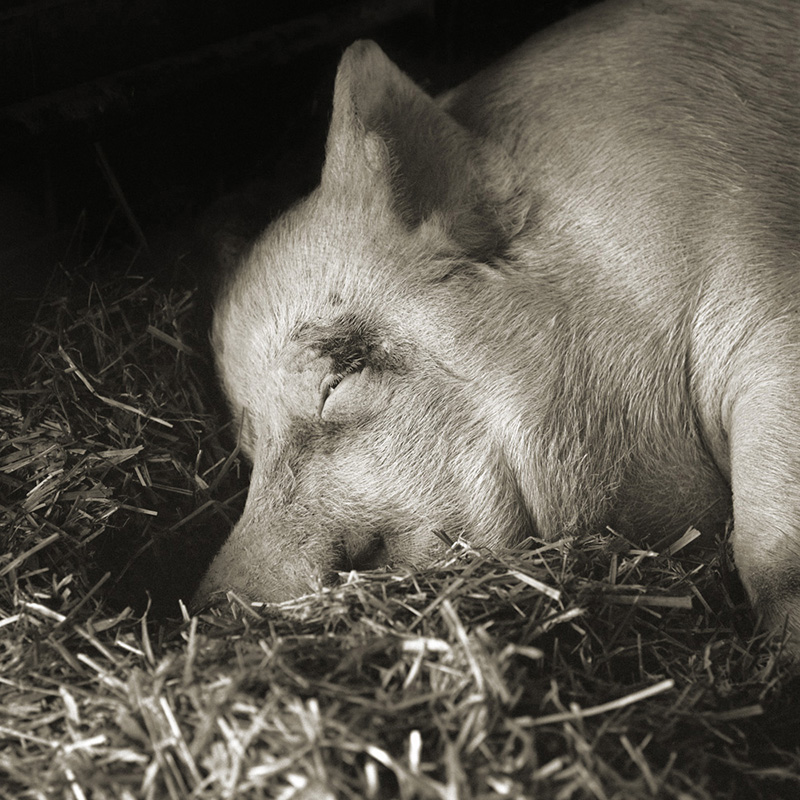 While you might assume that the animals who had braved life in a factory farm would have aged much more quickly and less gracefully than the others, this was not universally the case. In fact, those who had faced extreme hardship in their lives showed a bit more resilience, which Leshko refers to as “testaments to endurance and survival.”

But, like humans, some animals died relatively young due to health problems, illustrating how no matter how far we try to separate ourselves, in the end we are all subject to the same fate.

Undoubtedly, Leshko’s experience with these animals was an incredibly emotional one. Leshko likes to put herself directly on the same level as these animals to capture their portraits in the most honest manner possible. Striping away all that separates us from “them,” these photos depict a living being that we can all relate to.

“There were definitely points during this project in which I questioned my sanity for proceeding with this project,” says Leshko, “But it’s work that I need to make and I am so grateful that it has found an audience.”

Leshko’s prints from “Edlerly Animals” are available for sale through Fraction Magazine. A portion of the profits from individual prints will be donated to Farm Sanctuary and Winslow Farm Sanctuary in honor of the animals who reside there.