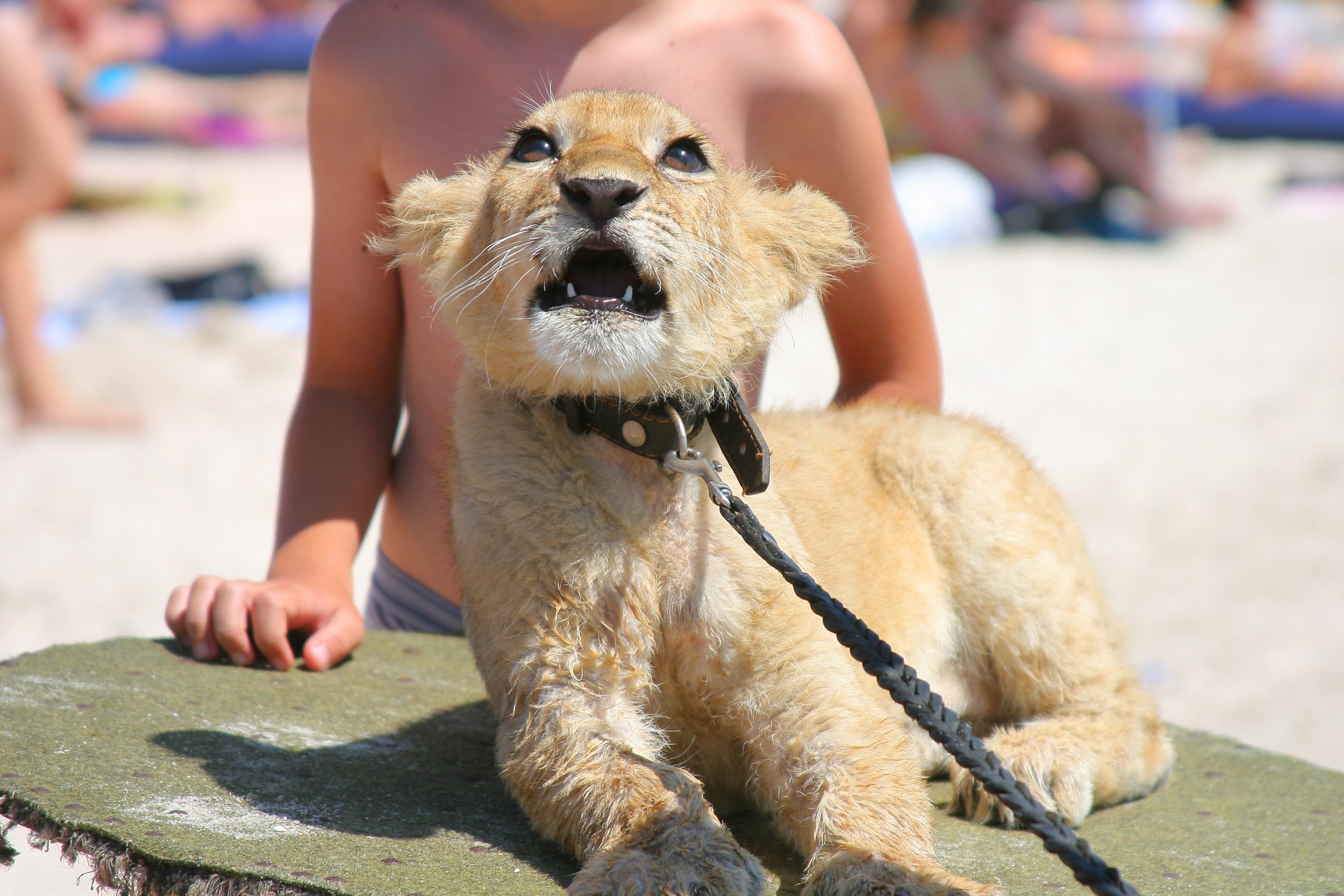 The popularity of social media has brought about the development of a new career: influencers. These individuals have tens of thousands, and sometimes millions, of followers who look to them for what to wear, do, read, watch, use, and, essentially, how to live their lives. Sadly, while some types of influence may have a profoundly positive impact on the world and those living in it, others can have terrible consequences.

Promoting harm towards animals is especially prevalent with some influencers and everyday social media users. Sometimes, this is quite explicit, such as the fitness model who tattooed her Sphinx cat or the people who beat a seal for selfies; other times, it is a bit more insidious, such as purchasing a dog from a puppy mill or using cats as props for a video. Another way that popular social media users are harming animals is by promoting the exotic pet trade.

There are quite a few celebrities and influencers who have posted photos and videos with exotic, and often endangered, animals: Lele Pons with a baby alligator in a swimming pool,  Jeffree Star and James Charles with a baboon and capuchin monkey, MoVlogs with a white tiger and a lion cub, among many others. Some celebrities own their exotic pets and others simply rent or are sent these animals for promotional photos; however, the harm caused is relatively equal. These animals are often stolen from their families in the wild or bred in terrible conditions. They aren’t given proper space or stimulation and being out of their natural environments is incredibly harmful to their development. Eventually, they will grow up and be deemed too dangerous for close human contact. To those who view them more as props and accessories rather than living beings, they will be of no use. Having lived around humans and in captivity for so long, it’s impossible to release these animals into the wild. Thus, their lives are often cut short.

Many countries have banned exotic animal ownership, however, the underground industry is still extremely popular. In addition to cracking down on the issue and passing more bans, people with power and influence need to stop encouraging others to buy exotic animals.

Influencer and celebrity photos that feature exotic animals in up-close interactions have the potential to normalize their actions and even encourage others to seek out exotic pets. The practice is exploitative and detrimental to countless animal lives. Sign this petition to tell Instagram and its chief executive, Adam Mosseri, to ban photos depicting exotic animal trafficking!