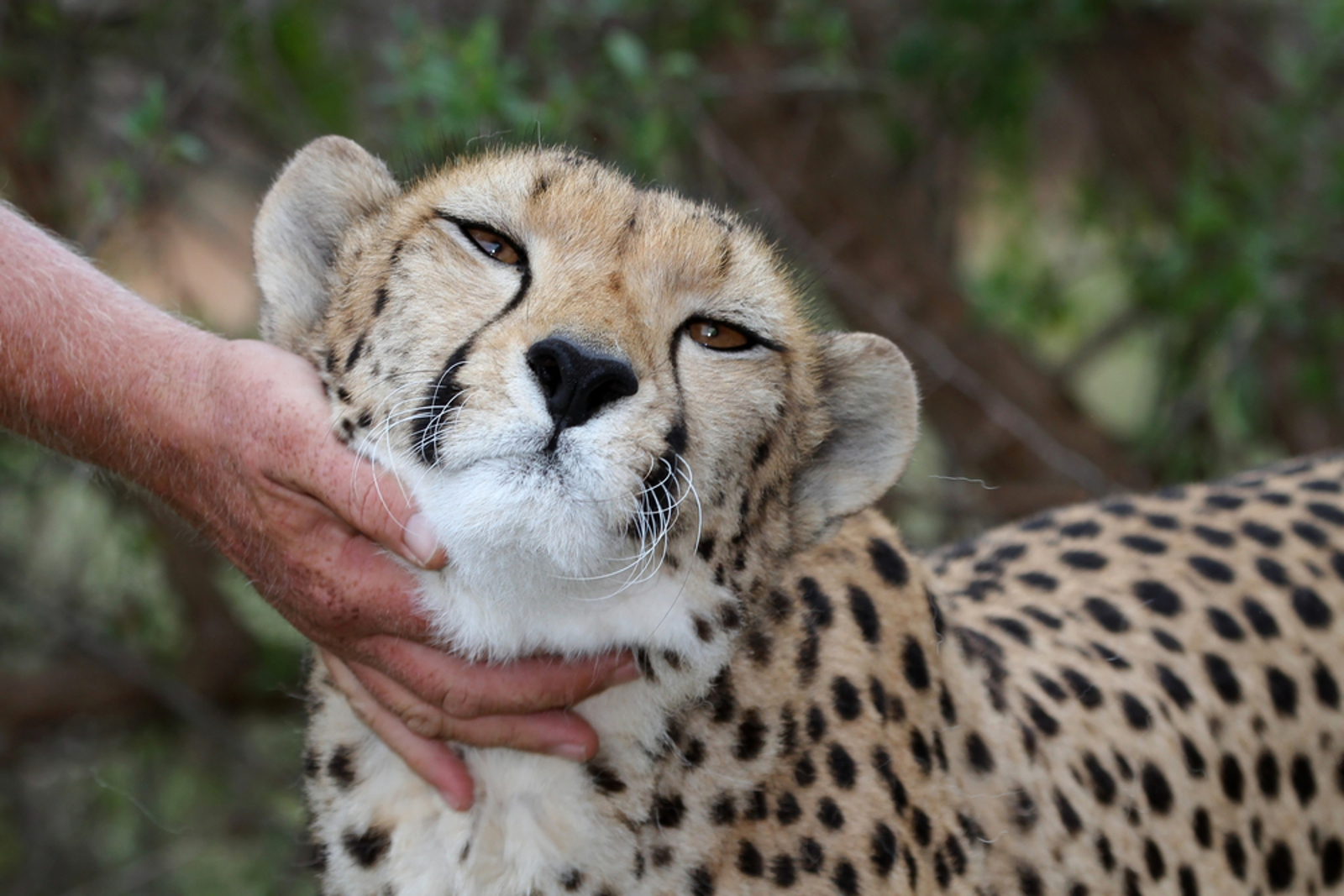 Cheetahs, with their striking markings and lightning fast speed of up to 75 miles per hour, are one of the most impressive species on the planet. They’re also one of the many wild animals who have become victims of the illegal exotic pet trade, a lucrative, multi-billion dollar industry that’s leading to the endangerment of several species. Cheetah cubs are sold for up to ten thousand dollars, making them a popular choice for some traffickers.

For thousands of years, cheetahs have been viewed as a status symbol among the wealthy. More recently, they’ve become a popular luxury pet and status symbol in the Arab Gulf states, where owners will pose with the animals or stage them in photos with fancy cars for photo ops.

Across social media, people boast about owning these exotic creatures with hashtags like “#petcheetah,” while others use hashtags like “#lifegoals” to share their aspiration of having their own cheetah pet someday. Perhaps even worse are the photos and videos of children playing with cheetahs, leading people to believe they make great family pets – but wild animals are not toys. This type of exposure is exactly what causes people to want exotic pets of their very own, further fueling the exotic pet trade that tears animals from their natural habitats.

Wild Animals Are Not Pets

The myth that we can “tame” or domesticate wild animals is incredibly dangerous, and people have been seriously injured or killed trying to interact with them. It takes thousands of years to domesticate animals; the simple act of “hand raising” a wild animal in your home and treating it like your cat or dog does not make it safe to keep them as pets.

One of the many other reasons we shouldn’t keep wild animals as pets is the amount of specialized care they require. People who purchase exotic animals often do so without understanding the expense of feeding and caring for them, or how being forced to live in a captive environment prevents them from exhibiting natural instincts, which can lead to extreme stress and frustration.

Loss of habitat and prey, human interference, trophy hunting, and the illegal wildlife trade are some of the factors that have contributed to the mass decline of cheetah populations, which have decreased by more than 90 percent in the past 100 years. Today, fewer than 10,000 cheetahs remain in the wild.

The illegal wildlife trade has helped contribute to this decline through the capture of cheetah cubs in the wild. The cubs are primarily captured in the Horn of Africa, then smuggled to their final destination. Only one in six cubs survive the trip, so traffickers will often take extra cubs to compensate for the loss. In the wild, cheetah populations are threatened by human-animal conflict and the elimination of habitat and food sources.  Cheetahs are listed as a vulnerable species, meaning they are dangerously close to being endangered (and eventually extinct) if we don’t take action to protect them.

Convention on International Trade of Endangered Species (CITES) is working to address the issues surrounding the illegal wildlife trade. At its 17th Conference of the Parties, officials discussed how to address the illegal trade of cheetahs and other animals, including the creation of a resource kit to help curb cheetah trafficking. Another part of the effort involves monitoring social media accounts to help officials track down illegal animal trade activities, including the sale of cheetahs and other protected species on the black market.

In Namibia, which has the largest population of cheetahs in the world, organizations are working to resolve human-animal conflict and protect cheetahs who have been placed in danger. Since cheetahs are viewed as a predator by many farmers, changing their attitudes toward the species is an essential part of the survival equation.

You can do your part by supporting conservation efforts aimed at protecting cheetahs and other big cats. Be a voice for animals by spreading the word about how exotic animals are not pets – they belong in the wild, not in our homes or backyards. And stay away from for-profit tourist attractions that exploit wild and exotic animals.