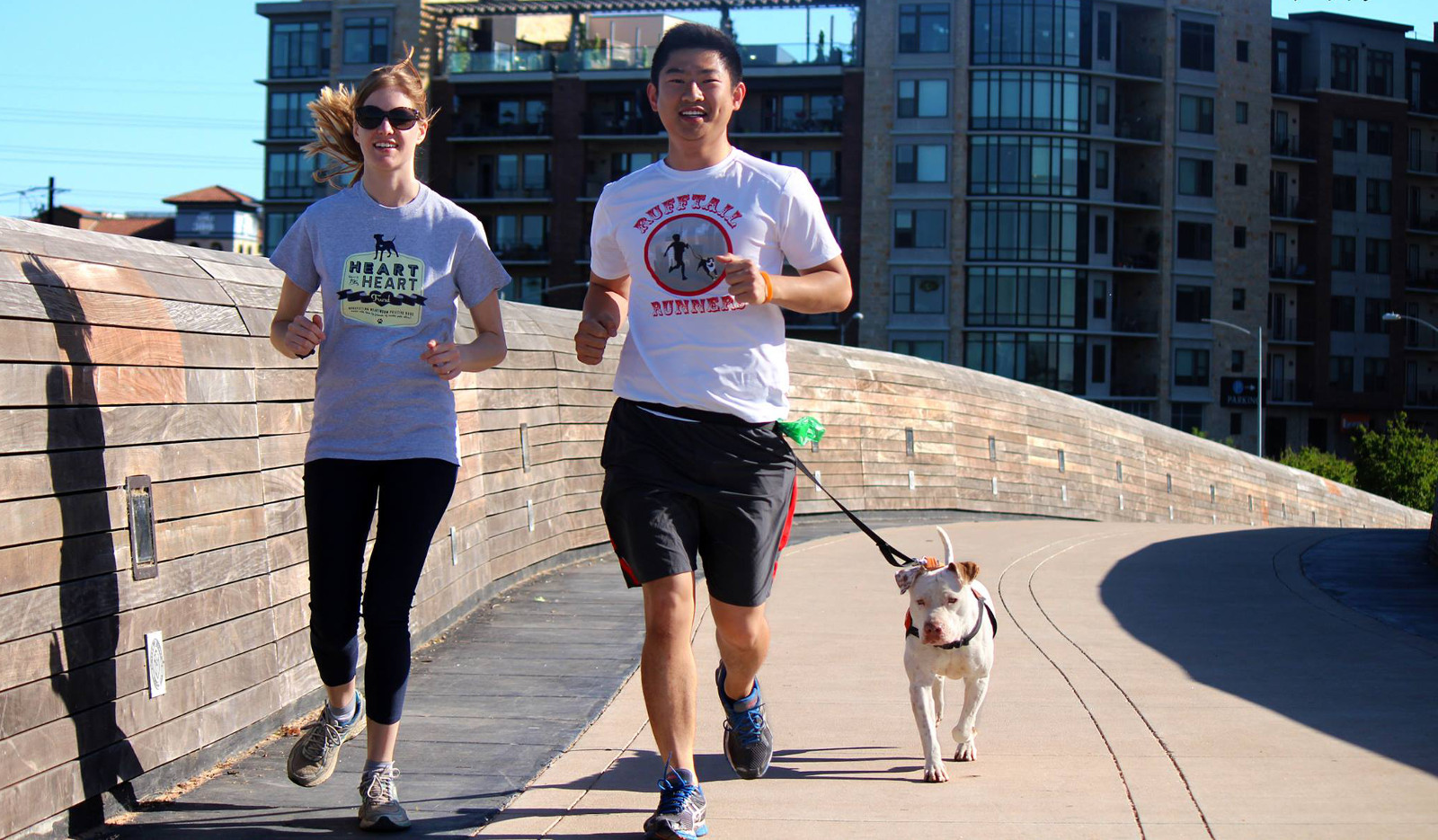 Between six and eight million animals enter shelters each year, and volunteers all over the country work tirelessly to find homes for the hundreds of four-legged friends that come in through their doors every single day. Due to overwhelming need, some of these facilities are finding unique ways to help their furry residents get adopted.

One such group of volunteers known as Rufftail Runners, located in Austin, Tx, has gone above and beyond to help homeless dogs. Combining a love of the outdoors and a desire to help animals, the organization pairs runners and walkers with the pets to give them much-needed exercise, fresh air, and time away from their kennels.

More Than a Walk in the Park

The group was founded by runner Rob Hill in 2011, after he was approached by a member of adoption service Austin Pets Alive  to see if he’d be interested in working with some of their high energy dogs, by taking them for runs along with him. Realizing that he could help many animals this way, he started the “Rufftail Runners,” which trains volunteers on how to properly exercise with dogs and basic canine behavior and handling, so that they can take them for unsupervised runs. The volunteers go to area shelters, “check out” a pet, and then take them on a walk or a run. At the end of the outing, the volunteer “checks the dog back in” to their kennel. The four-legged runners typically wear “Adopt me” vests, so that people in parks and along running trails meet these lovable furbabies, who they might decide to adopt. 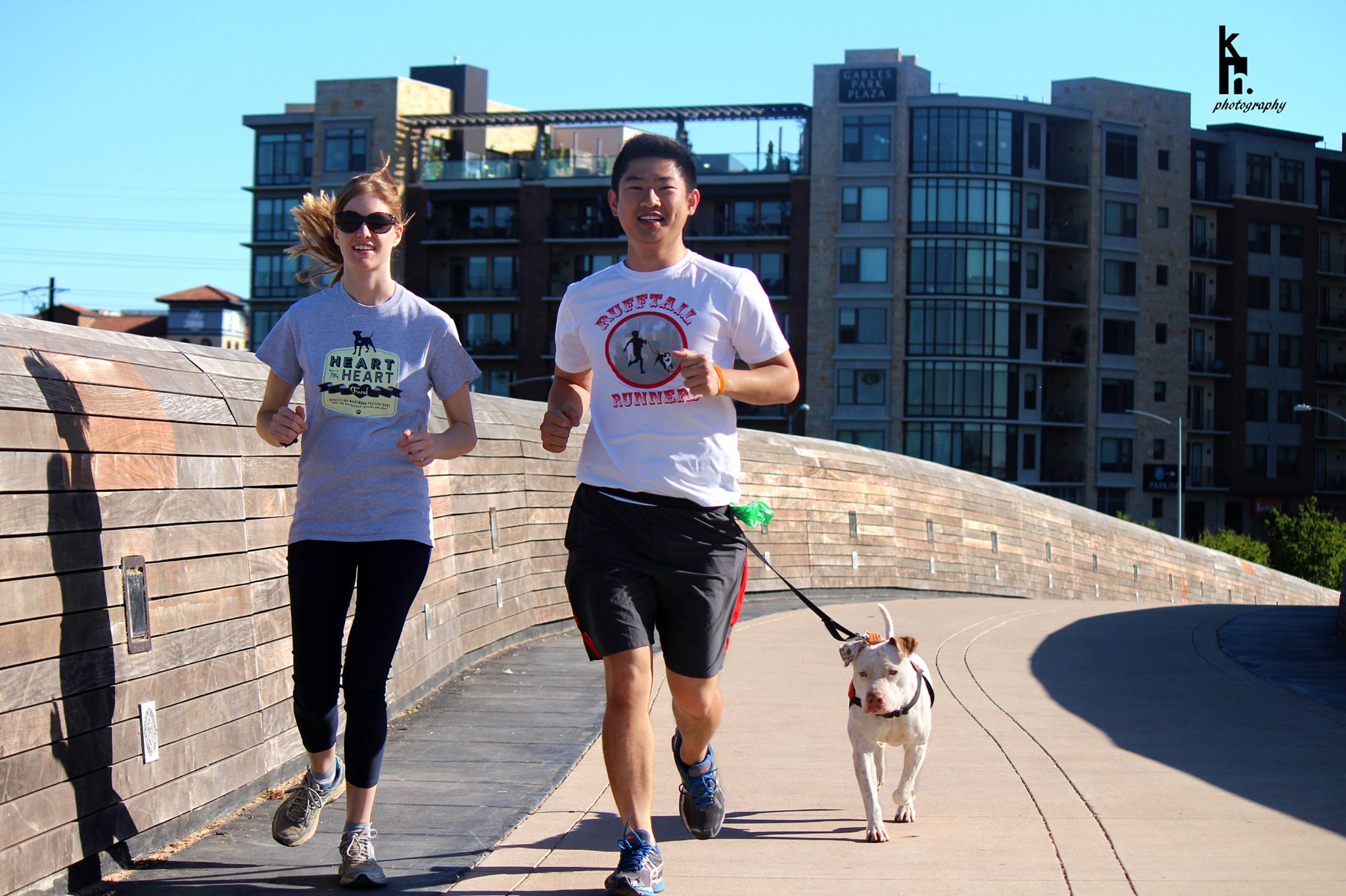 Shelter dogs, like any other pet, deserve loving forever homes. But sadly, many of those that come through kennel doors are traumatized. Some are even fearful of humans, which is understandable, as many of them have been abused, neglected, or abandoned. The facilities themselves can be stressful environments too, as dogs are locked in their wire fence or concrete cages most hours of the day, listening to constant barking. Many of the residents become stressed, anxious, and depressed, Rufftail Runners said. But just as exercise in the great outdoors helps humans to relieve stress, the same goes for dogs – with regular walks or runs, they become happier and healthier.  It’s because of the dedication and patience of volunteers, like those at Rufftail Runners, that these furry pals gain confidence and are able to learn to trust and thrive with their human companions.

In addition to burning off energy and taking a break from the noise and stress of shelter life, the dogs gain important exposure to “bikes, strollers, and other things they’ll experience once they get adopted,” Co-director Lindsay Marsh told Animal Sheltering Magazine.

Each pup involved in the program is designated by a colored vest to indicate whether they’re walking, jogging or running dogs. After all, not all of us can be track stars, right? Each category is comprised of a specific protocol to protect the volunteer and the animal. For instance, some senior dogs will be categorized differently than younger energetic ones, but they all deserve to have time outside of the confines of their kennel! Rufftail Runners has a number of dogs available for adoption up on their website and even more at the shelters. 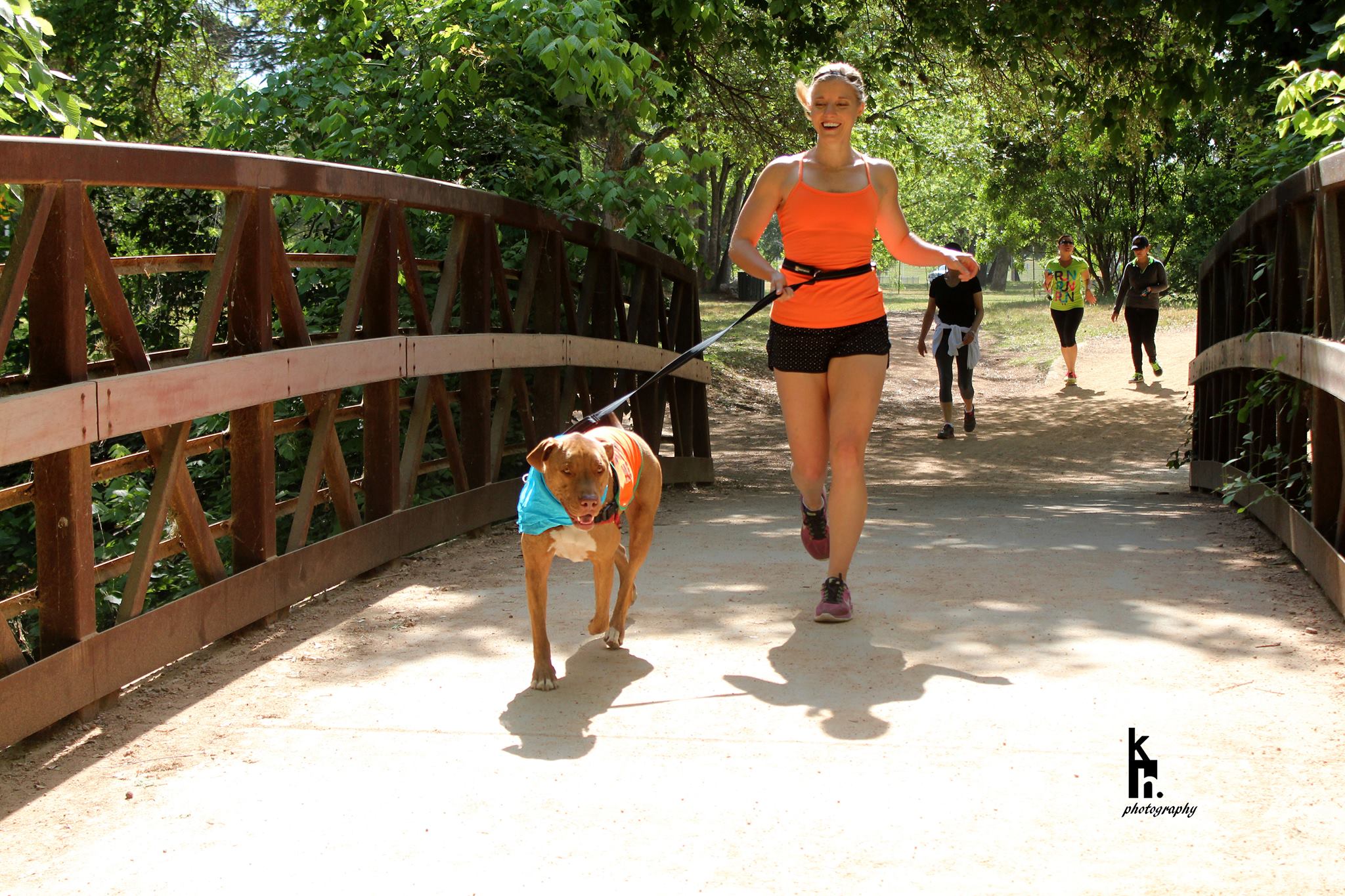 For energetic dogs, the running program is literally a life saver. Such was the case with Mattie, an American Staffordshire Terrier mix who came to Austin Pets Alive! from the city shelter. She was the organization’s longest stays and also one of the sweetest. Rescuers knew they had to do something to get her a family. It was clear that Mattie had lots of energy to burn, and all the time in her kennel wasn’t helping. That’s when Mattie became a part of the RuffTail Running team and proved to be an incredible athlete! “Mattie has incredible stamina and could run further than all the other RTR dogs. She was very sought after by our fastest runners and our long distance runners. She even helped RTR co-founder, Lindsay, to train for a half-marathon!” a RuffTail volunteer said. 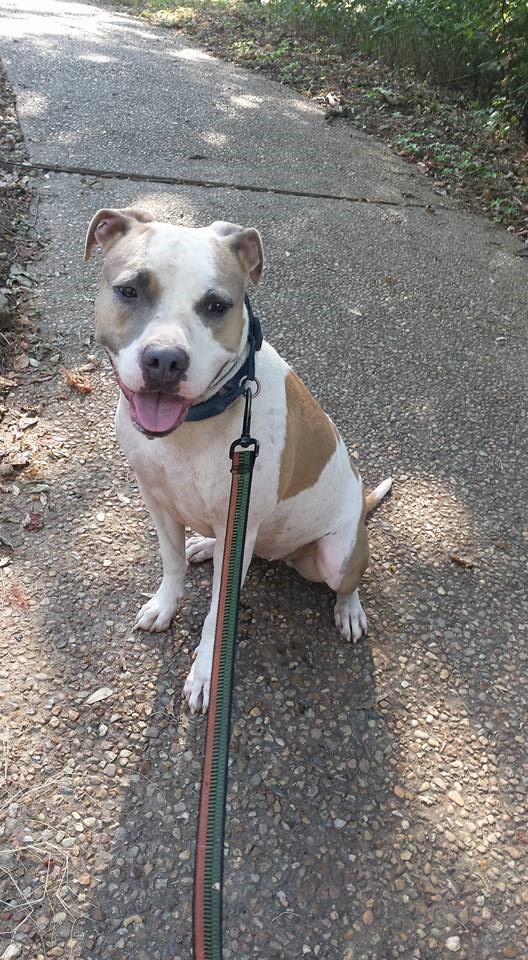 Because she was so desired by long-distance runners, Mattie received a lot of individualized training and learned to have perfect leash manners. Despite her incredible skills and kind disposition, Mattie remained at the shelter for years, waiting for her forever family. Though a Terrier, she has Pit Bill-like looks, which make it more difficult for her to be adopted due to misconceptions about these breeds. Finally, three years after coming to the shelter, a couple came in looking for a dog just like Mattie! The two were runners themselves and had learned of her reputation as a great trail dog. Once they met her, they knew they couldn’t let her go. Mattie had been at the shelter for 963 days, and she was finally getting her forever home! 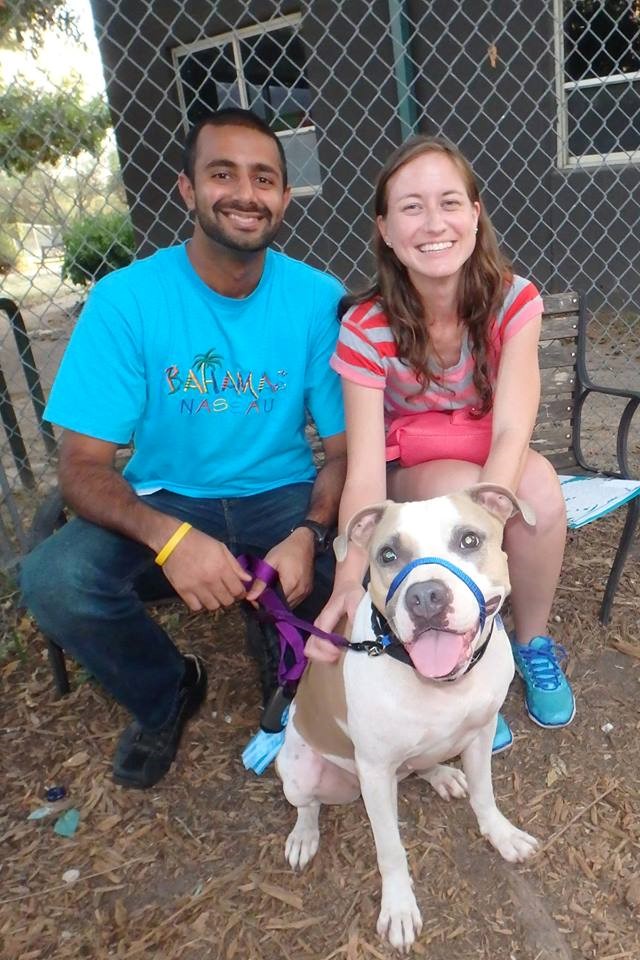 RuffTail Runners says Mattie is doing great with her new family, who regularly send in updates about her. Had it not been for the program, Mattie might still be at the shelter.

If you’re located in the Austin area and would like to volunteer your time to the program, you can learn more here. If you’re interested in establishing a volunteer program for homeless dogs in your area, consider sending Rufftail Runners an email here to learn how to get off to a running start.