Is There a Puppy Mill in Your Neighborhood? This Report Can Tell You 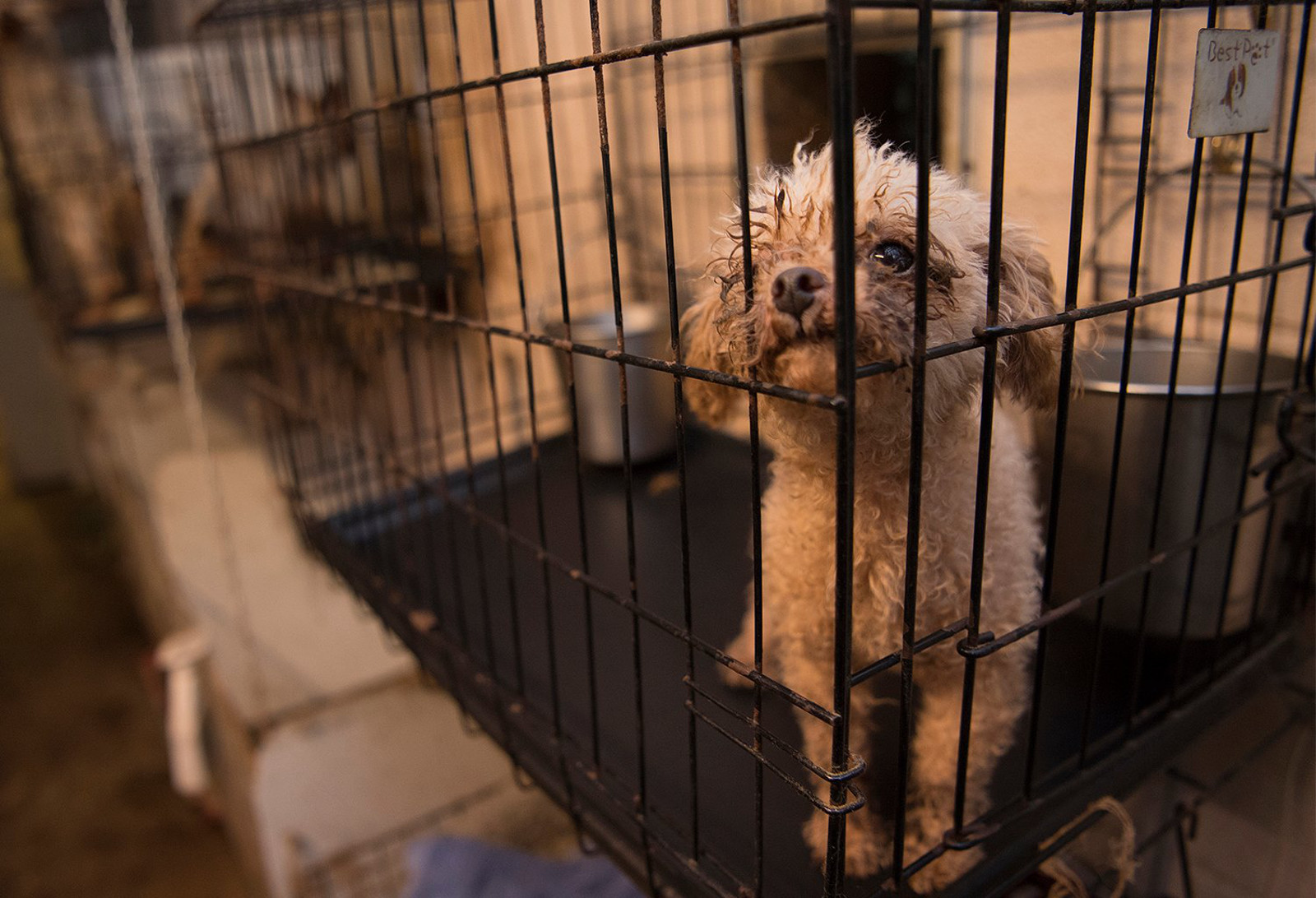 The breeders and brokers on this list have a proven track record of mistreating animals and violating the laws — which often require only the minimum amount of care, to begin with, and don’t always take emotional well-being into consideration — that were created to help protect animals from abuse and neglect.

This 53-page report proves that the individuals operating these breeding facilities are cutting corners to maximize profits, completely disregarding the humane treatment of animals and neglecting to provide basics such as clean food and water, safe housing and veterinary care. 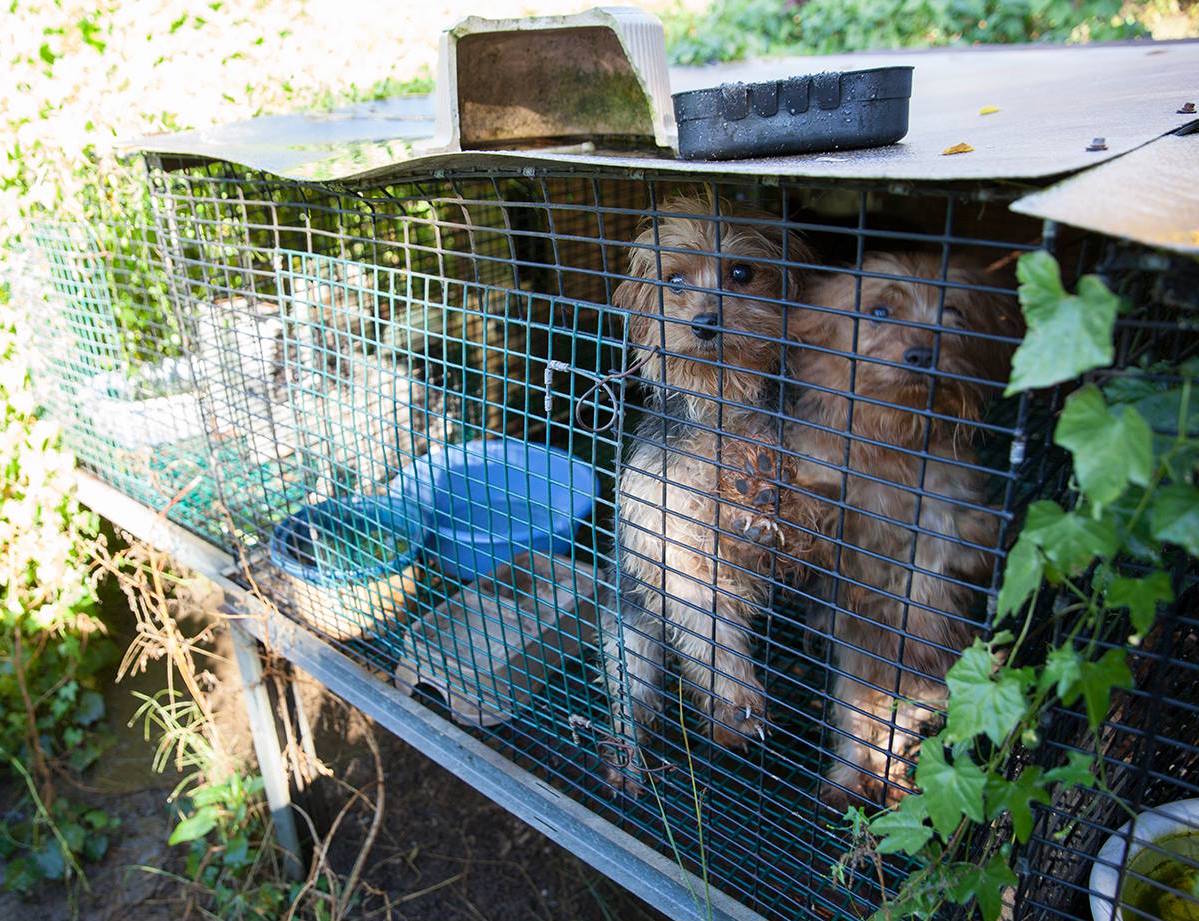 Missouri and Iowa are known for having a large number of puppy mills, and Minnesota is home to one of the largest puppy mills in the country. But puppy mills are also found in Texas, Pennsylvania, Kentucky and New York, showing that this problem isn’t exclusive to agricultural states of the Midwest. 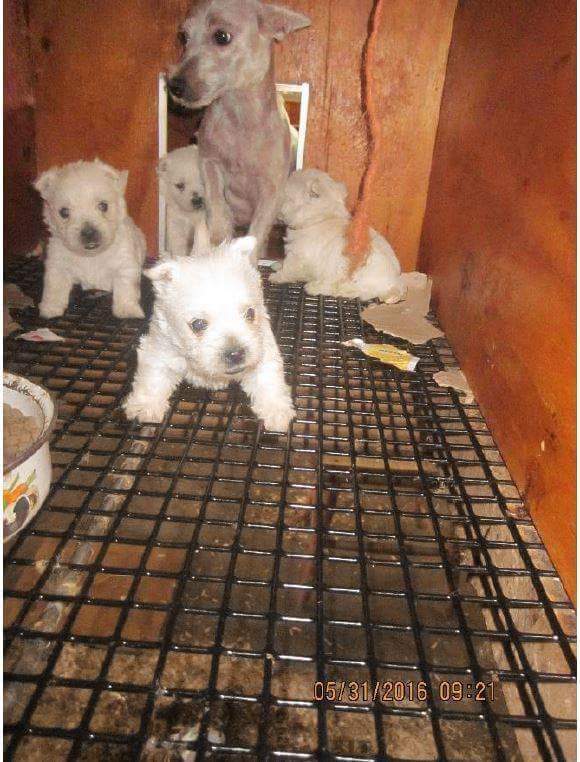 In the 2017 report, Missouri has 19 puppy mills listed, with violations ranging from contaminated food to animals found suffering from open wounds infested with maggots. Pennsylvania has 12 breeders listed, many of which were repeatedly cited for failing to provide veterinary care to dogs. Ohio also has 12 breeders listed, with one of the breeders being noted for having a barn fire that resulted in the death of “an undisclosed number” dogs.

Dogs in puppy mills are treated as nothing but a commodity, never knowing a soft bed, toys or a life filled with love. 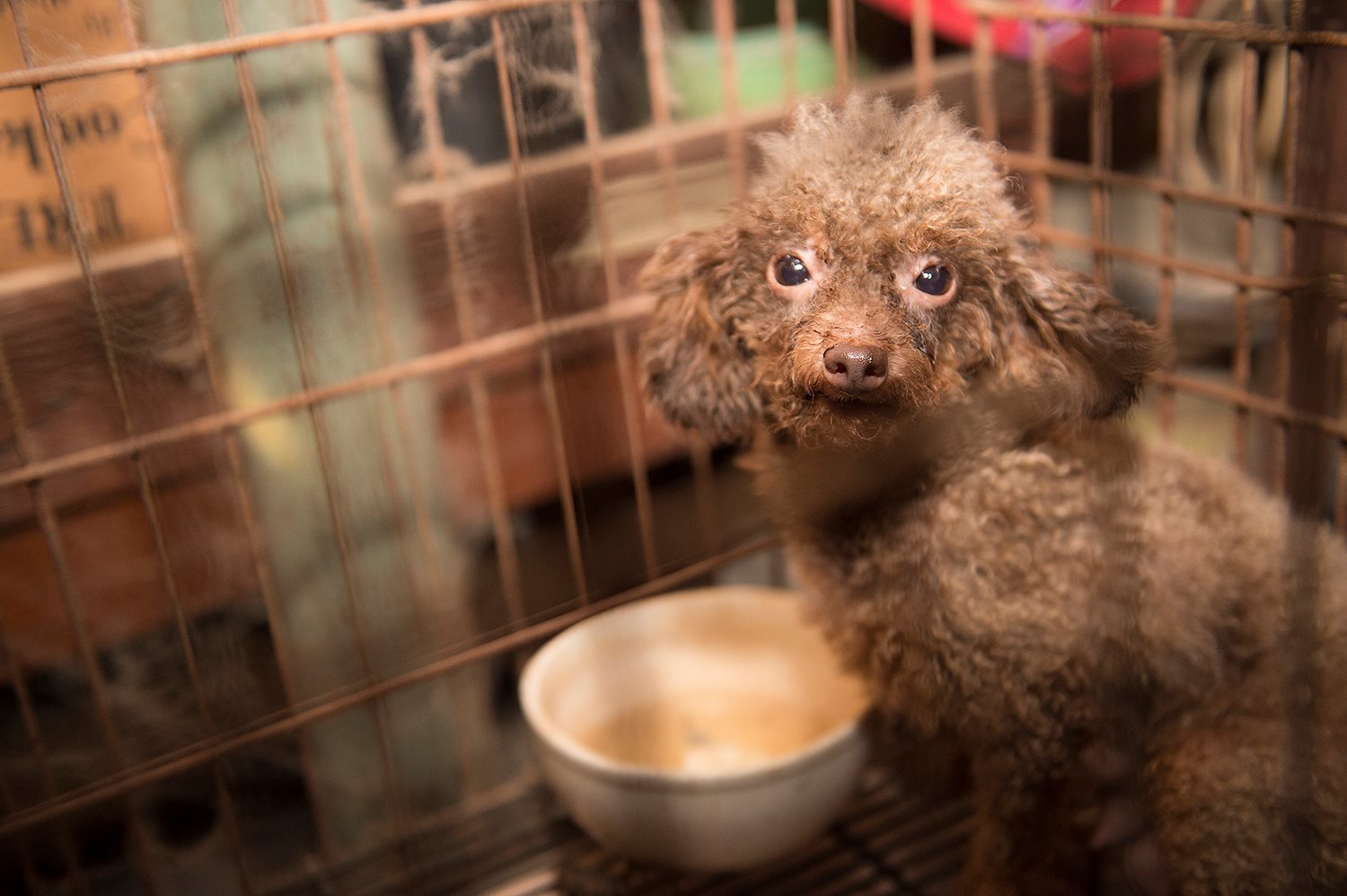 This is a mere sampling of what the report contains, and it’s important to remember that this information only reflects what has been documented through official inspections or complaints. (Information that is now harder to get due to the removal of animal welfare documents from the USDA’s website in February.) It’s been estimated that there are thousands of puppy mills of all sizes operating in the U.S. If we see this much suffering in documented incidents covering 100 facilities, imagine everything that is going undetected and unreported.

The dogs in puppy mills are suffering every day. They’re forced to live in pain, endure extreme heat and cold in outdoor enclosures, and live in stuffy barns and buildings. The magnitude of the problem is overwhelming to think about, but through the power of people dedicated to education and changing laws, we can help put an end to the suffering.

Putting Puppy Mills Out of Business 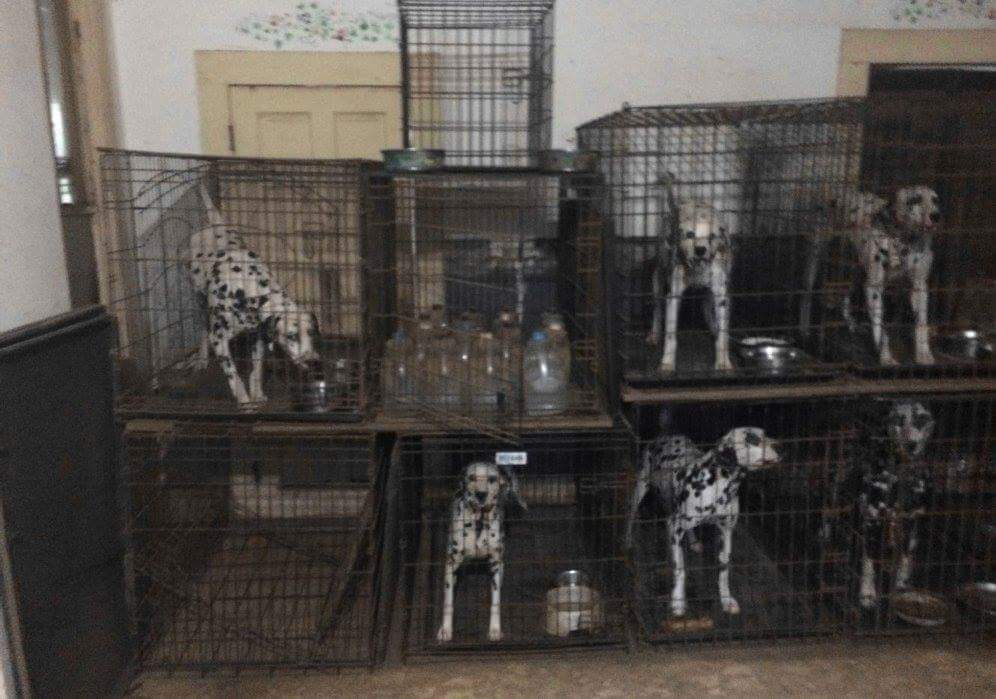 As the report shows, even breeders with a history of Animal Welfare Act violations can still be allowed to operate, which is why it is so difficult “shut down” commercial breeding operations. That’s why it’s so important to educate consumers about puppy mills and how they’re connected to pet stores online sales.

It might be tempting to “save” a sad-looking puppy from a pet store, but for each puppy purchased, two adult dogs are condemned to a life of pain and misery in a puppy mill. 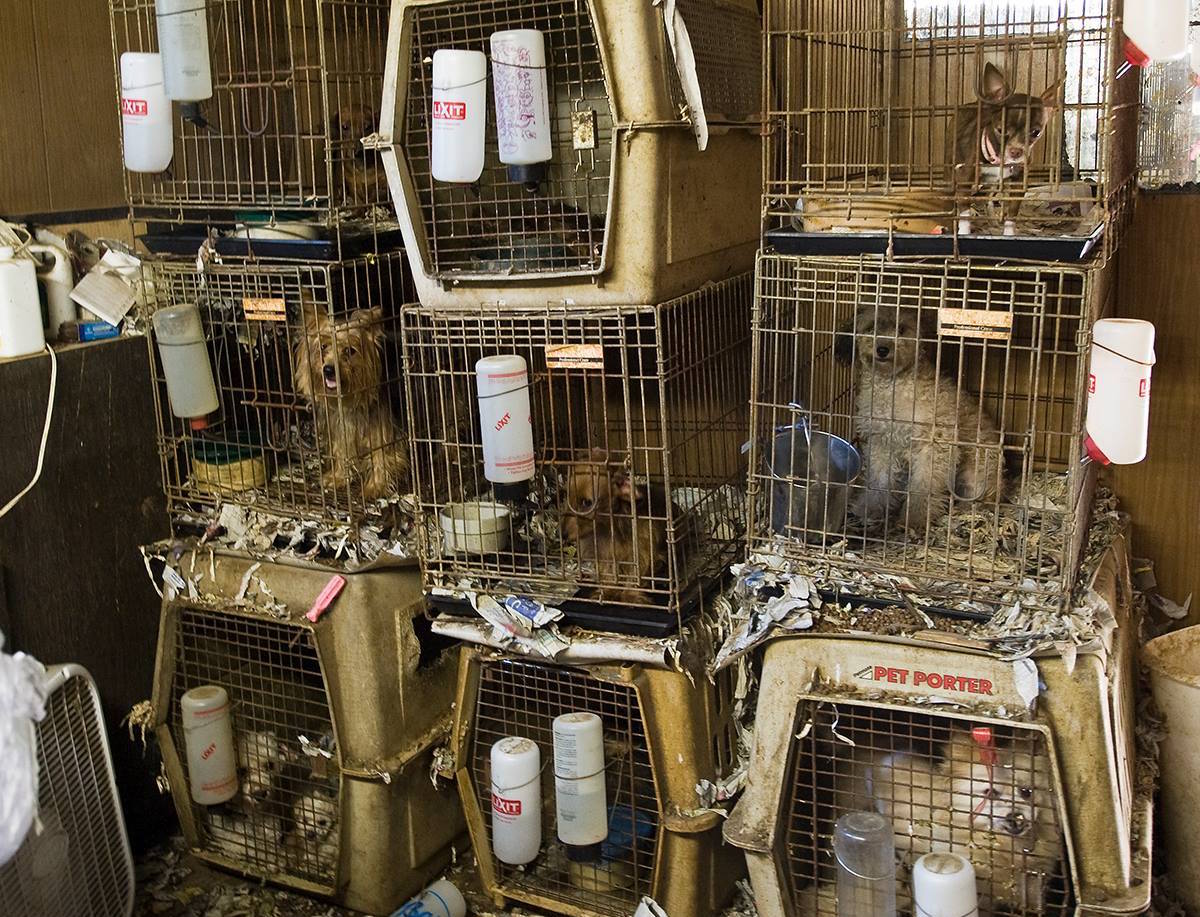 With the vast majority of pet store puppies coming from puppy mills, over 200 jurisdictions across the U.S. and Canada have enacted ordinances banning the retail sale of commercially bred dogs and cats. It’s an effective way to help stop puppy mills at the consumer level by encouraging people to adopt one of the over six million animals that enter shelters every year. By choosing adoption you not only save a life, you help make puppy mills a thing of the past.

Learn more about puppy mills and pet adoption by checking out these other One Green Planet articles:

All image source: Humane Society of the United States/Facebook