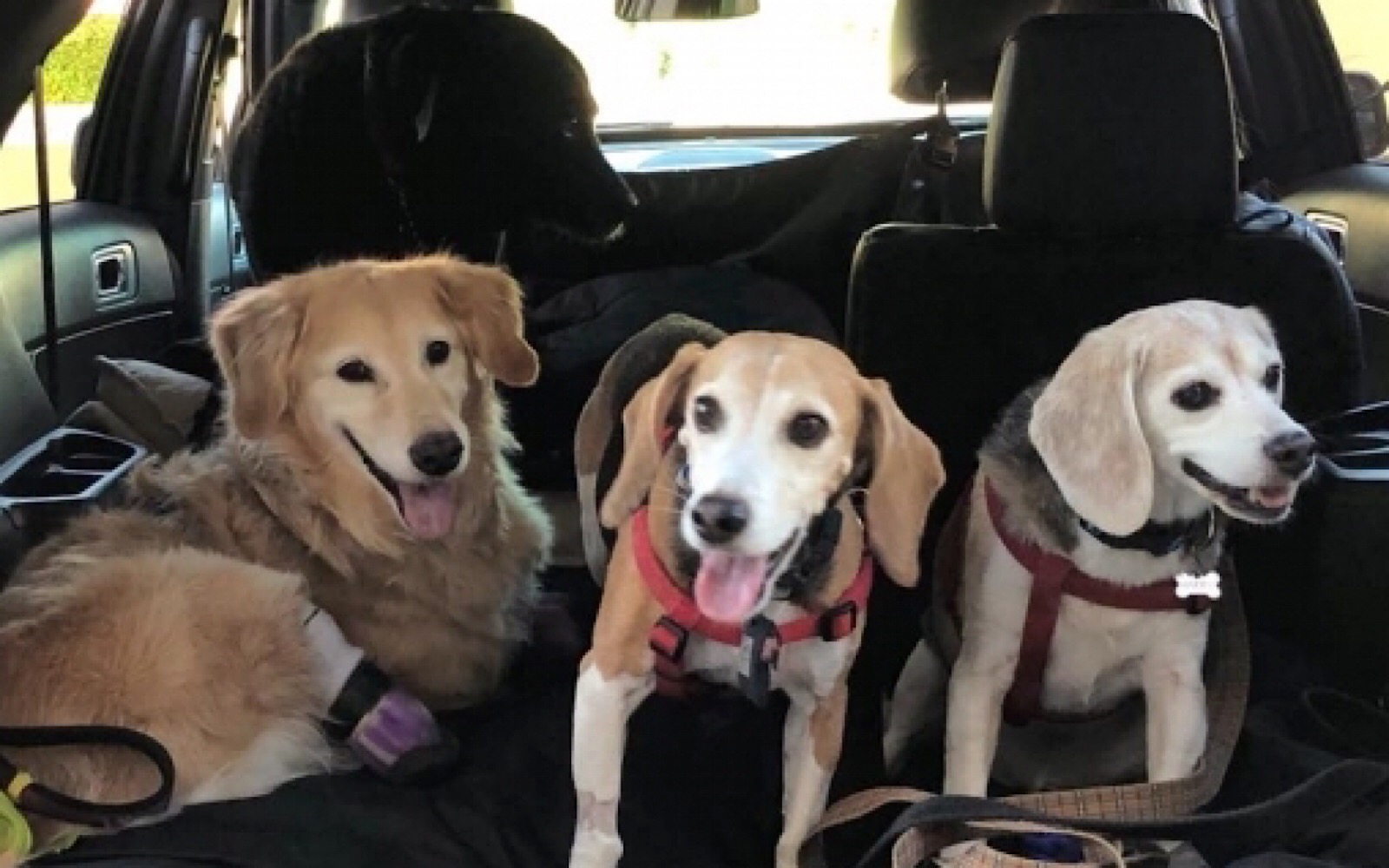 Meet The Howell Family from Phoenix, Arizona. The Howells have not one, not two, but three dogs rescued by Beagle Freedom Project (BFP) and BFP’s parent organization, Animal Rescue, Media and Education (ARME). Like many families, The Howells first learned about BFP through the Spanish 40 rescue. Quick to inquire about the fate of these newly freed beagles from Spain, they adopted Kipper from that rescue. The Howells jumped at the opportunity to foster one of the San Diego 10 in May 2012. Little did they know how much Harry would fill their hearts and integrate with their family, and they eventually adopted him. 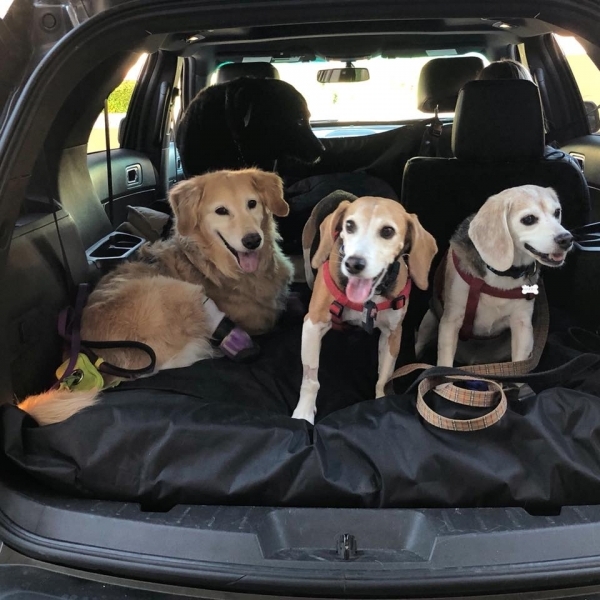 “We cannot imagine our lives without them. They bring us so much love and joy. All of the sacrifices are worth it,” said Elizabeth Howell.

In March of 2016, Elizabeth saw a video on ARME’s Facebook page about a Golden Retriever puppy from South Korea who was kept in immensely cruel conditions while she awaited slaughter for the dog meat trade. Left for dead wrapped in a plastic bag and placed in a dumpster, the dog’s legs were worn to the bone, became infected, and bonded together. Remarkably, a rescue group found her and brought her to a vet. The only way to save Chi Chi’s life was to amputate all four of her legs. Elizabeth could not stop thinking about this video and reached out to the team at ARME, and the rest is history.

Chi Chi flew from Seoul to Los Angeles in April 2016. One of her Korean rescuers then drove her to Phoenix to meet her new family. While she quickly warmed up to Elizabeth and Megan, the family’s now 14-year-old daughter; she took a few weeks to warm up to Elizabeth’s husband, Richard. A testament to Chi Chi’s forgiving and loving nature, Richard is now the person she trusts to put on her prostheses every morning and to take them off each night before he carries her upstairs into their room. 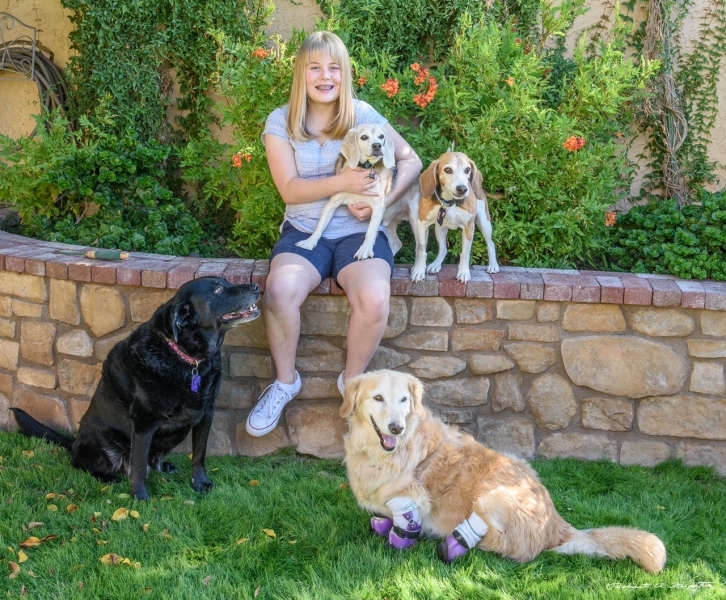 Today, Chi Chi is a certified therapy dog with an impressive 36,000 followers on Facebook. Typically seen with a perpetual smile on her face, Chi Chi has been featured in People Magazine, The Today Show, and local Arizona news organizations. Chi Chi, known for her love of squeaky toys, is the toy hoarder in the home and isn’t too keen on sharing with her beagle brothers or her sister, Maggie, a 12-year-old black lab mix. 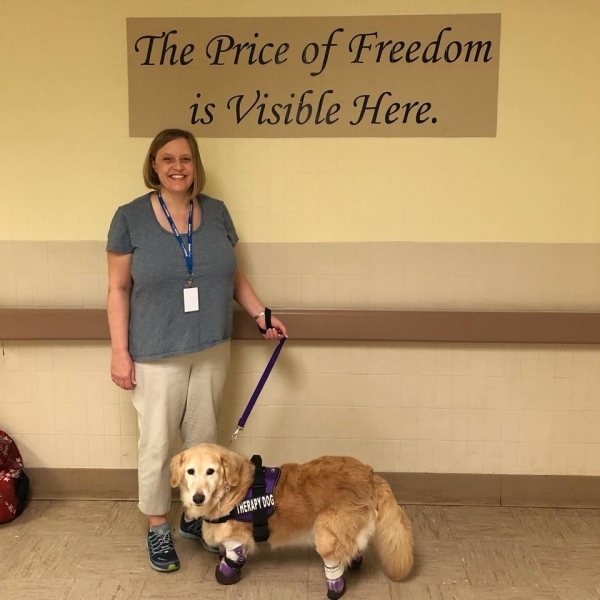 While Chi Chi might require the most attention, there is never a shortage of TLC and affection showered on Harry, twelve, and Kipper, ten. While Kipper, named after a British Children’s book beagle character, has adjusted well to life despite spending the first five years of his life in confinement, Harry’s seven years spent in the lab have left him very fragile and scared of loud noises or sudden movements. Both Harry and Kipper have adopted a healthy lifestyle, enjoying fruits and vegetables. Kipper has a fondness for his donkey toy and puppucinos, while Harry likes anything canvas. They too have their own Facebook page where you can follow their adventures. 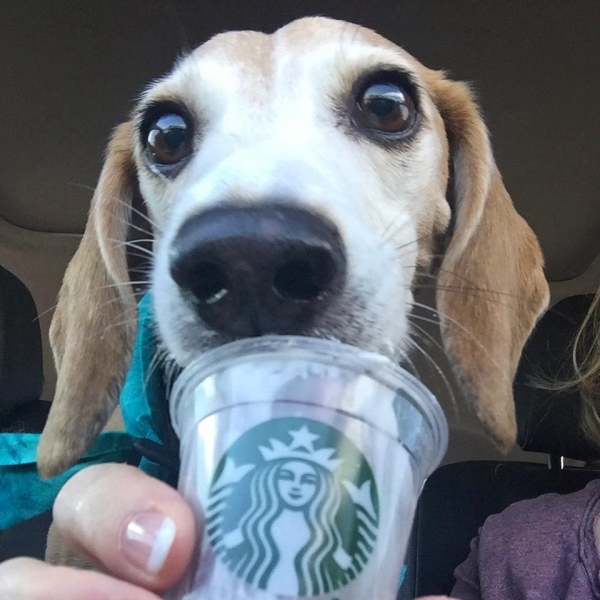 Through their experience adopting special needs dogs, The Howells are convinced there is something special about these animals considered hard to adopt. It takes an abundance of love and patience, but the rewards far outweigh any sacrifices.