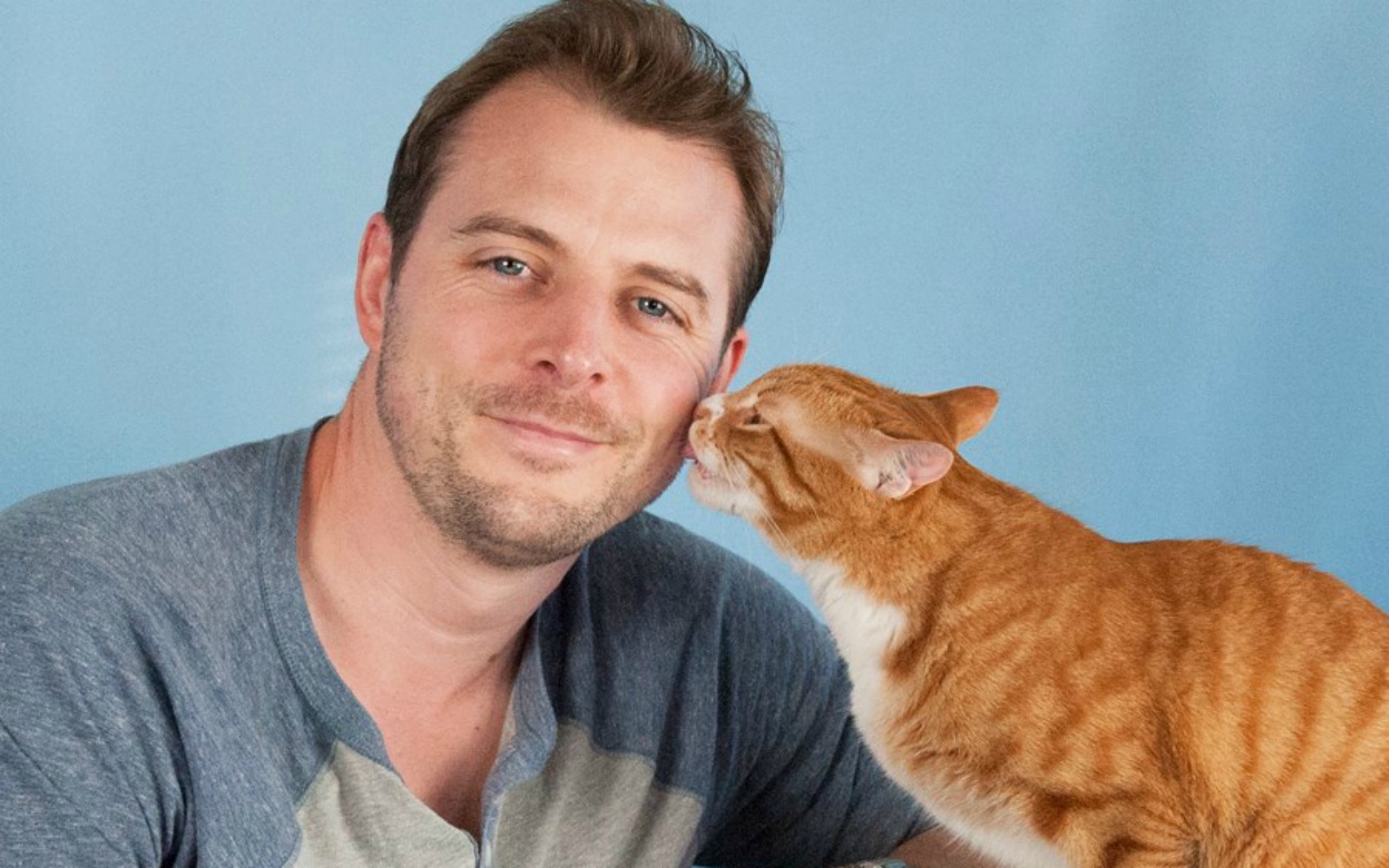 Log into the Internet for five minutes and you’re guaranteed to see at least one cat photo. After all, cats dominate the web. From videos of cats waking up their guardians demanding their breakfast to videos of their love affair for boxes, cats instantly turn our frowns upside down.

The image of the “crazy cat lady,” a woman, usually single who has an obsession with cats is one that is typically met with a stigma that shames the love of felines. Society may be laughing at the girl who loves cats so much in the eHarmony video, but here’s the thing: we need these people because they love cats so much. In fact, cat lovers do way more than just look at cat gifs on the Internet all day, they are invested in bettering the lives of as many cats as they can.

Hannah Shaw, also known as The Kitten Lady, has been working tirelessly on changing the stigma around “Crazy Cat Ladies” but what about the men who also love felines? Thankfully, there are many men who aim to break down the negative stereotypes while also raising awareness of the plight of cats. For instance, you probably remember Syria’s “cat man of Aleppo,” he is hard to forget. Mohammad Alaa Aljaleel became famous for saving animals throughout the war in Syria, looking after more than a hundred stray and abandoned cats, staying with them until the very last second before he had to flee for his own life. In his makeshift sanctuary, he provided them with food, emotional support, and would even send their pictures to their heartbroken guardians.

There is also Glen Venezio, a man who made it his mission to take care of the cats in Puerto Rico by feeding them every single night. The “Catman” moved from New Jersey to San Juan, Puerto Rico, in 2006 and ever since, he has been dedicated to helping our feline friends.

And now felines have one more man on their side: Chris Poole. Known as “Cat Man Chris” to his 55,000 fans on Facebook, Chris is determined to help as many cats as possible.

Through multiple platforms, such his YouTube channel, Chris seeks to raise awareness for kittens everywhere by sharing stories of rescued kittens and providing educational videos. 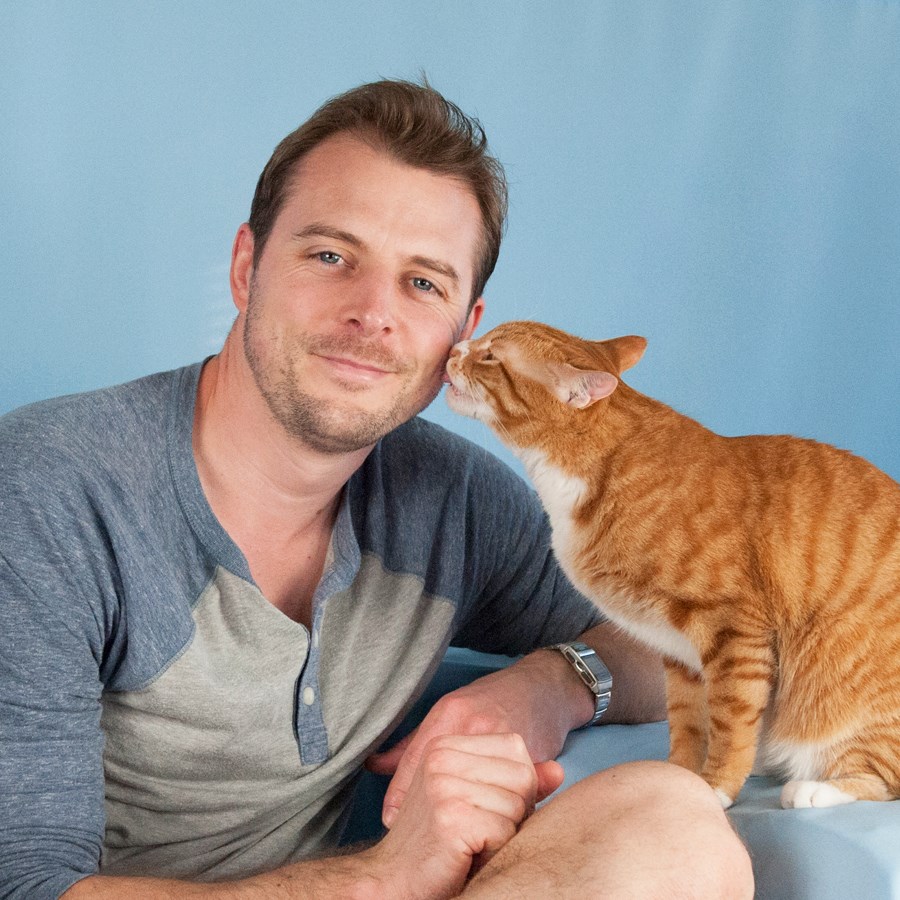 Chris is a proven advocate for all things feline! 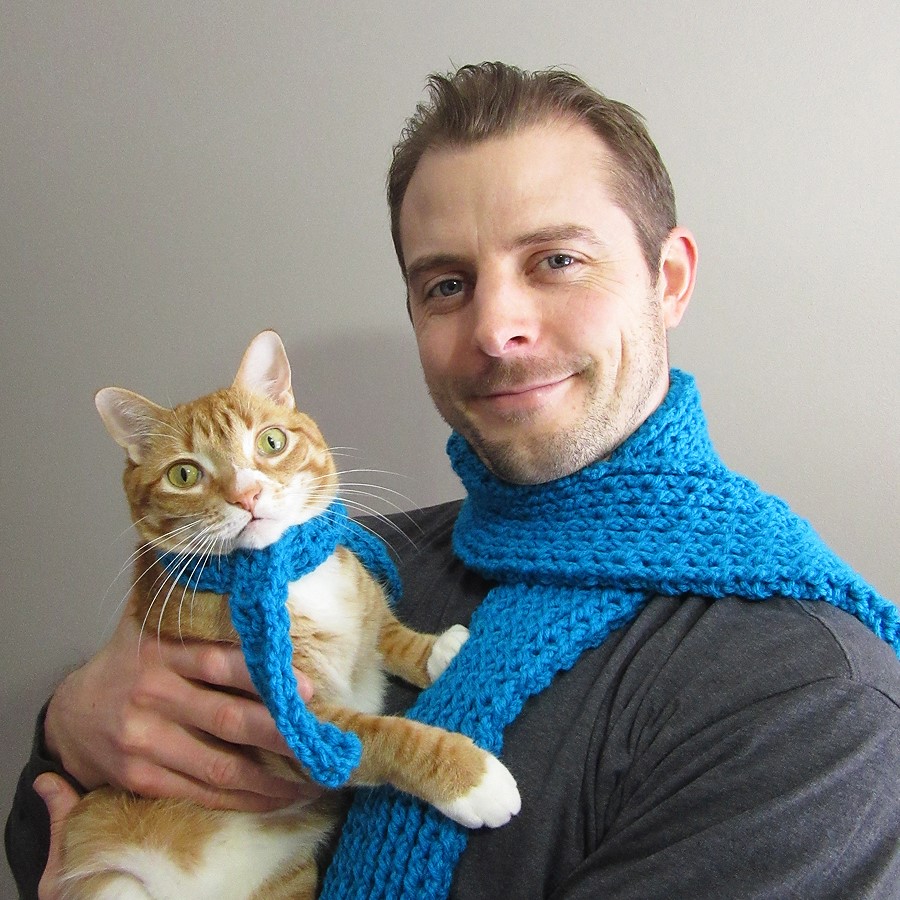 With over 46,500 YouTube followers, Chris also shares videos and photos of his own two kitties, Cole and Marmalade. 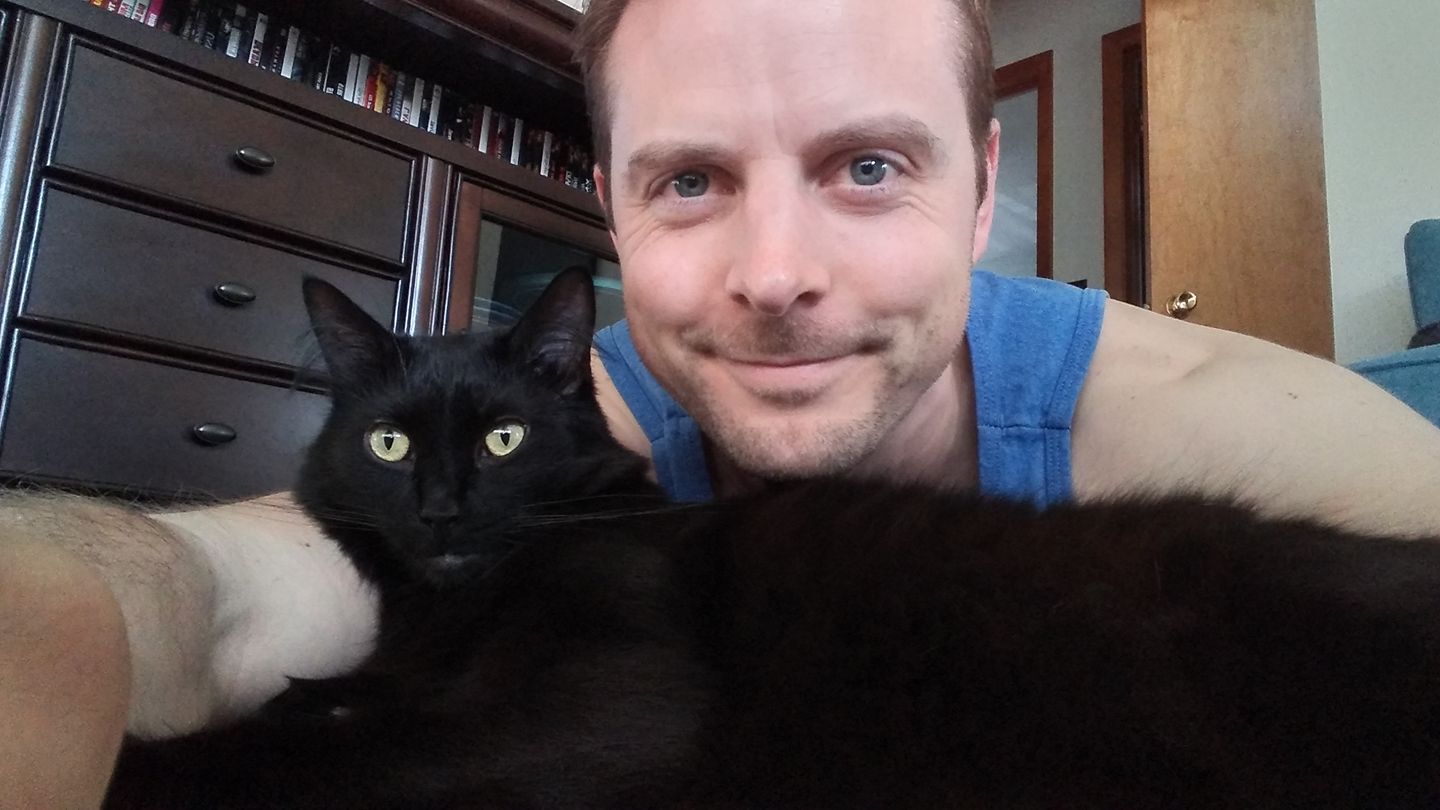 Cole and Marmalade are so popular that they even have their own YouTube channel with half a million subscribers. The channel features rescue stories and informational videos, such as how to brush your cat’s teeth!

Chris also advocates for the big kitties! He told I Have Cat that, “My life revolves around cats of the small and large variety! I’ve worked at a sanctuary called Big Cat Rescue in Tampa Florida for the past 6 years.” 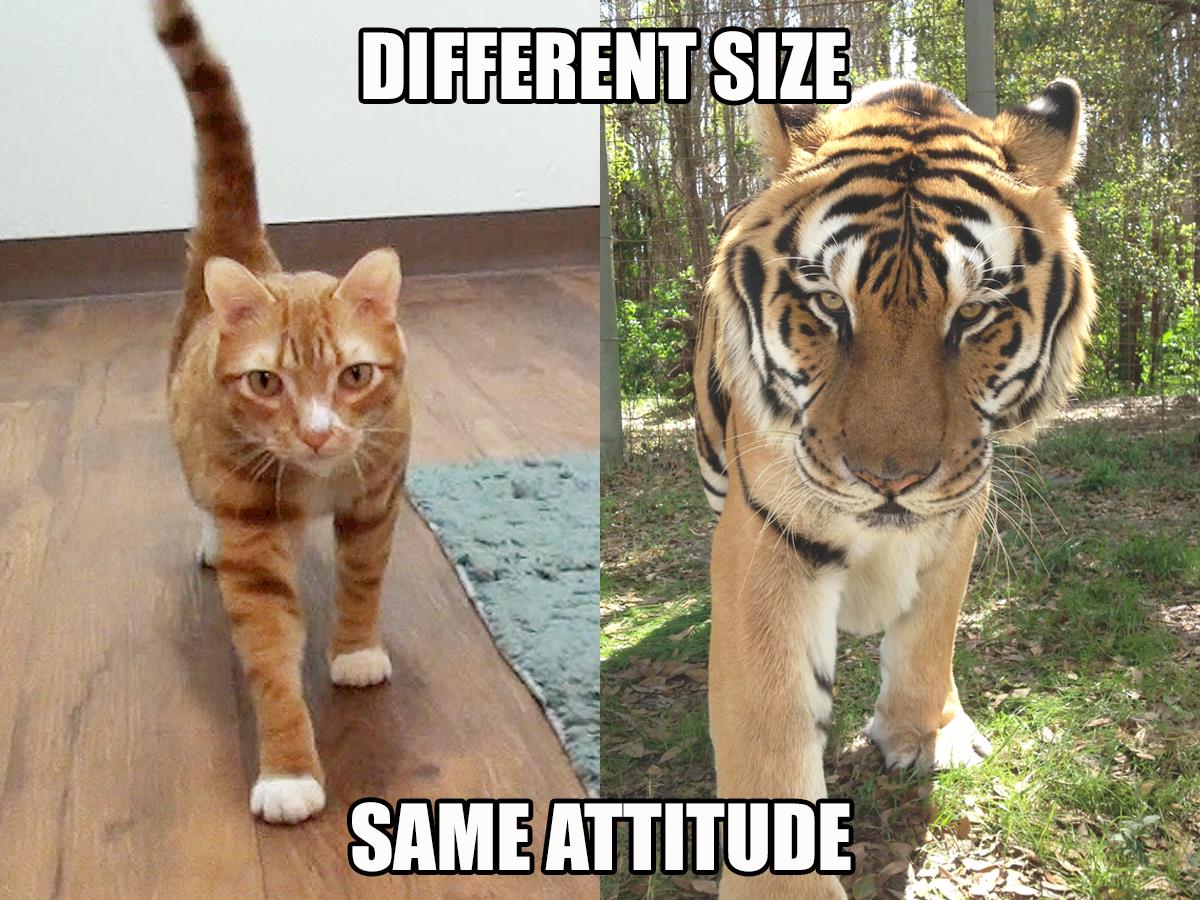 Seems like Chris certainly knows how to use social media to bring attention to felines! If you need us, we’ll be busy watching all of his videos… 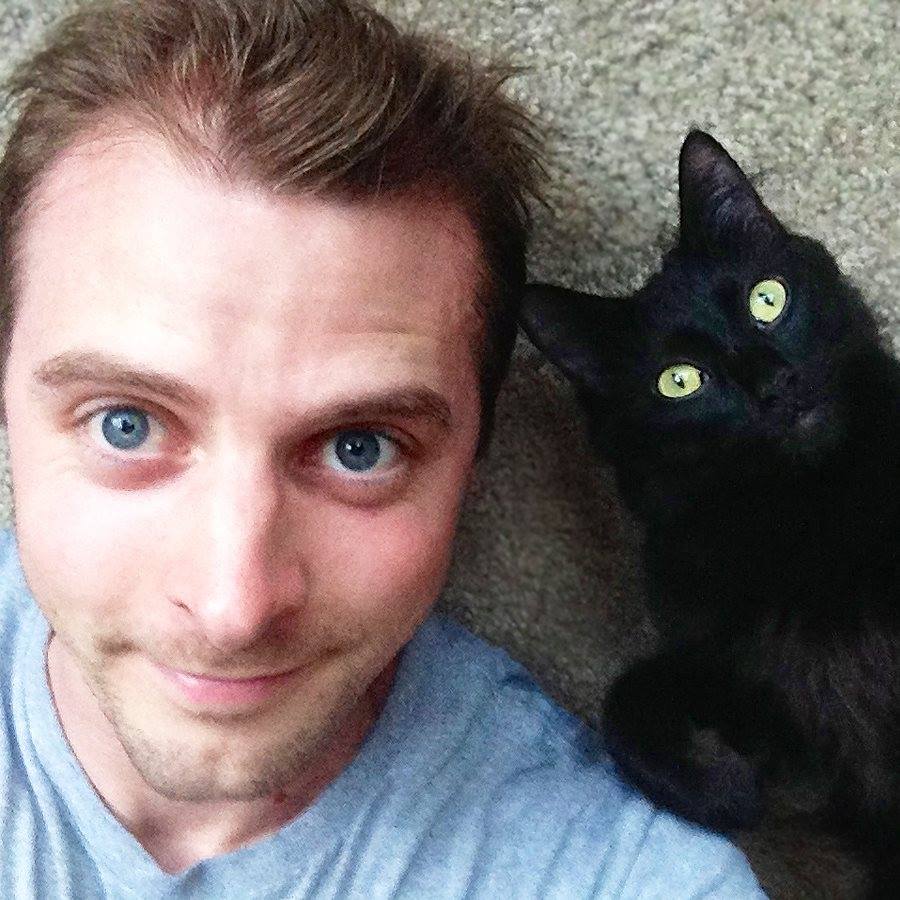 Instead of buying from pet stores or breeders, adopt a cat from your local shelter or rescue abandoned kittens in their neighborhood. In fact, there are about 70 million stray animals living in the United States. That number comes out to five homeless animals for every one homeless human. These staggering numbers show why adoption is far more beneficial to these homeless animals, the animals who are at a greater risk of being euthanized.

Even if you cannot foster or adopt, you can still help kittens. Participate in your local trap-neuter-release program to ensure that no unwanted kittens are born or use your social media accounts to raise awareness about the importance of adoption and spaying or neutering your pets, just like how Chris does.

If you know of a feral cat colony that could benefit from a TNR program – or if you’d like to volunteer to help feral cats – you can track down a TNR program by contacting your local animal shelter. If your shelter doesn’t offer a TNR program, they should be able to direct you to other municipalities or private rescues that have TNR arrangements available. Establishing a TNR program in your area is an extremely worthwhile cause and one that is greatly needed!

In addition to promoting adoption over buying a cat, volunteering and the TNR method, you can also help keep feral cats warm in winter. There are many easy ways to build shelters for feral cats that can make a huge difference to their lives during the harsh winters.

We need “Crazy Cat People” just like Cat Man Chris in this world because we need someone to care about these amazing animals. We need people to adopt them, to volunteer in their honor, to help control their population in a humane way. To learn more about Cat Man Chris and for more educational and rescue videos, check out his YouTube channel.