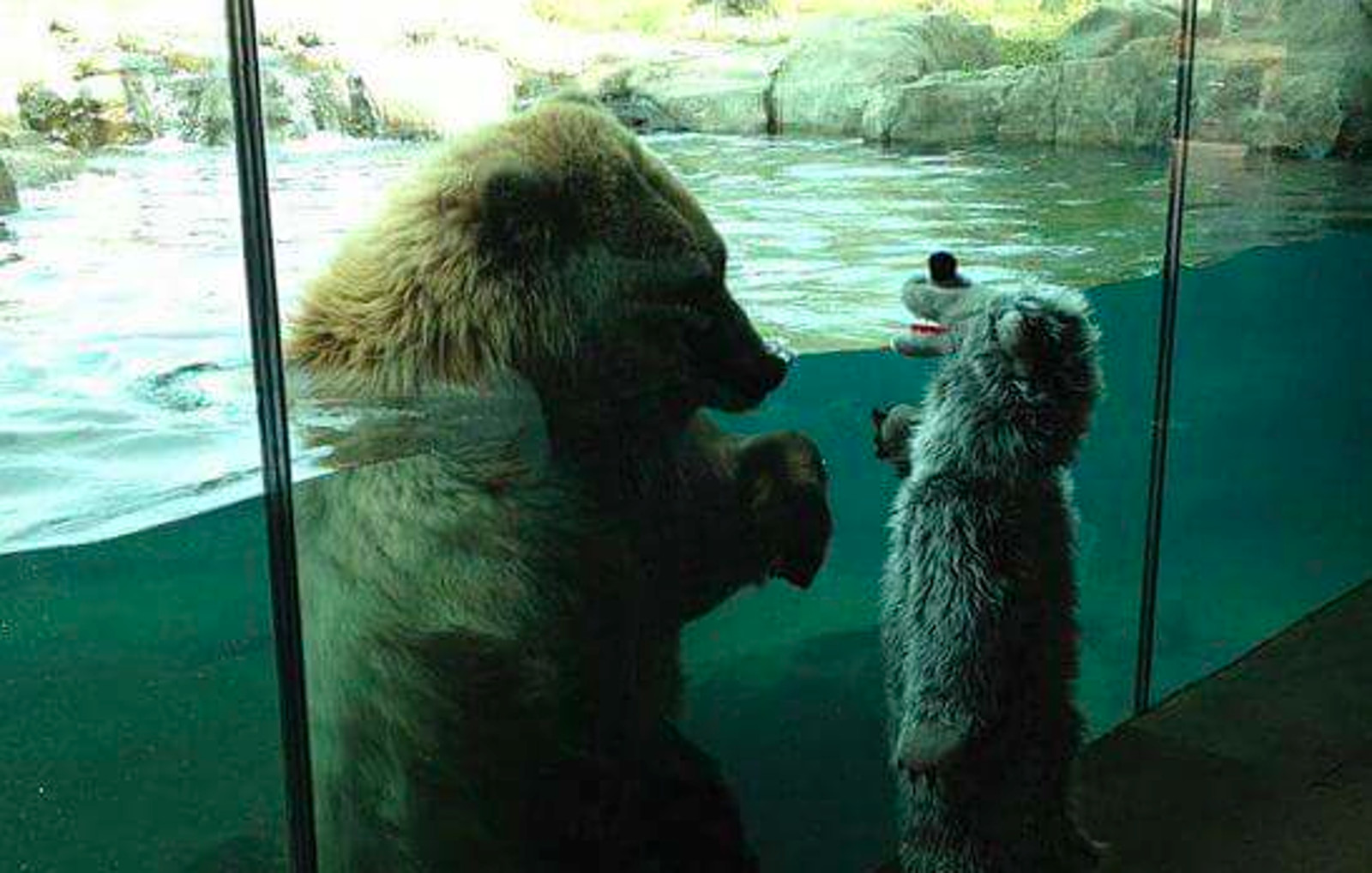 Zoos have often justified keeping animals in captivity by claiming that it helps to educate children about animals’ natural behavior, and also inspires them to take action toward conserving the animals’ natural habitat. However, a great deal of doubt has been cast over these claims in recent years. Lori Marino, executive director at the Kimmela Center for Animal Advocacy (KCAA) said, “There is no current evidence, from well-controlled studies in the peer-reviewed literature, supporting the argument that captive animal displays are educational or promote conservation in any meaningful sense.”

It is difficult to convince kids that animals are worthy of human respect when they are in a zoo or marine park that presents the animals as objects to be displayed for our amusement. In this type of environment, it is easy for a child (or indeed, an adult) to feel as though they are entitled to deprive the animal of sleep or privacy and demand to be “entertained.” A recent study of visitor attitudes at four U.S. zoos confirmed this. It found that 86 percent of visitors go to the zoo for “social or recreational purposes,” while only six percent go there in order to learn more about animals.

In addition, the animal behaviors that kids typically witness in a zoo are highly unlikely to be “natural.” The enforced suppression of captive animals’ highly developed instincts to travel, seek out mates, find their own food, and experience natural family bonds often causes them to engage in repetitive or self-destructive behaviors.

Captive elephants have often been seen bobbing their heads and wobbling from side to side, while other animals have been observed excessively grooming themselves, vomiting, self-harming, or engaging in sudden outbursts of aggression. In moments of extreme stress, captive orcas have even been known to kill one another and their human handlers. This phenomenon is known as zoochosis. The use of Valium, Prozac and other mood-altering medication, as an attempt to reduce such behavior, is rampant in captive animal facilities. With all that being said, does a zoo really sound like the best place for a child to learn about how we should treat animals?

This picture, posted on Imgur, summarizes the sadness of the entire situation. 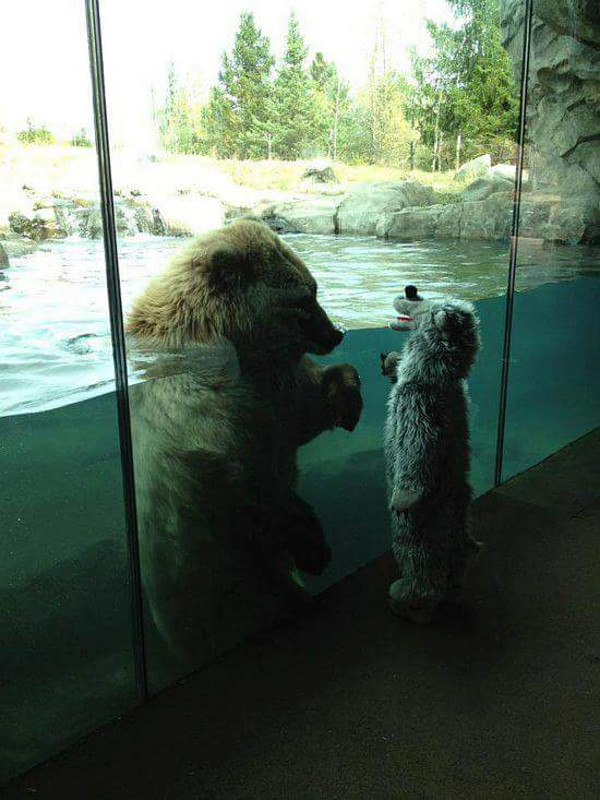 It is clear that the child in the bear suit idolizes these animals and was, no doubt, thrilled at the prospect of getting to meet one up close. However, the poignant sight of the bear languishing in an enclosure that can never hope to replicate their natural habitat  – no matter how “big” zoo officials deem it to be – makes it abundantly clear to us that this is not how the child should have met his idol. If we truly want to teach our kids how to respect the planet and all of its inhabitants, then we have to accept the fact that other animal species do not exist in order to serve or entertain humans.

To find out how you can help inspire your kids to care about wildlife and animal conservation, check out the articles below: