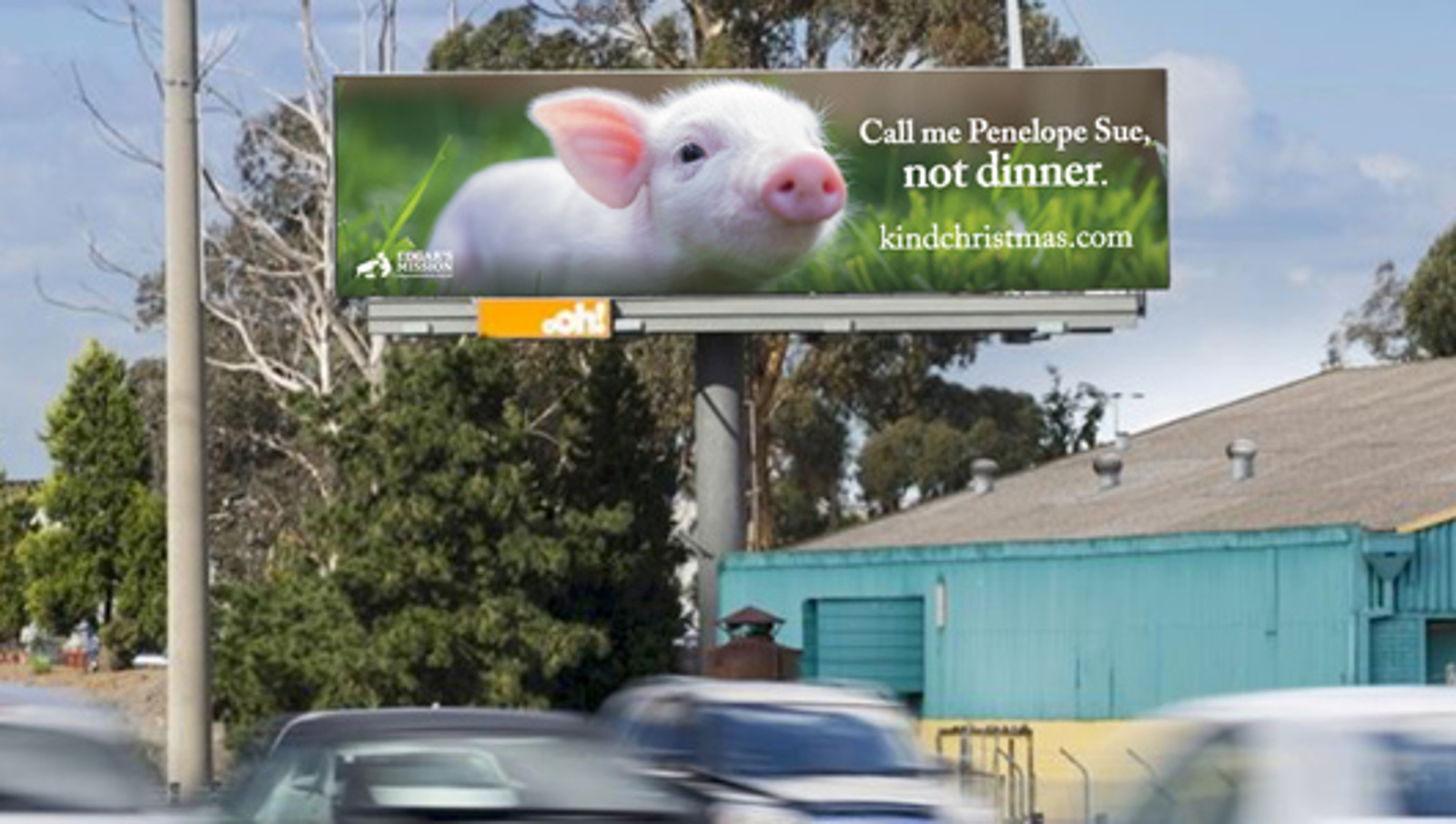 Did you know that cows get excited when they solve a problem? Or that pigs are curious, social and insightful animals who are smarter than dogs and three-year-old children? Or that chickens communicate with more than 24 vocalizations and enjoy sunbathing?

Sadly, most people have no idea about these facts, nor that these and other farmed animals form strong family bonds and experience a range of emotions akin to those of humans, including joy, grief and a sense of play.

Each year billions of farmed animals are slaughtered for their body parts to end up on our plates. The majority of these gentle, sentient beings also live their short lives in unspeakably cruel conditions, in agonizing physical and emotional pain before experiencing a brutal and terrifying death.

This happens because the marketing machines within the animal agriculture industries hijack the media to convince us to view certain animals as “things” – commodities to be exploited for our taste buds.

These agribusinesses’ advertising departments seek out platforms to place their sales messages in front of us. Everywhere we look, we’re bombarded by ads. Whether we’re driving along the highway or traveling to work by train or bus, we’re exposed to corporations using public spaces to persuade us to buy meat, fish, dairy and other animal-based products.

Now, animal activists are co-opting the same strategies, realizing the potential for using striking imagery in prominent places to help people make connections they wouldn’t otherwise have made.

During 2016 six animal advocacy organizations repurposed traditional outdoor advertising platforms to run their own campaigns that encouraged people to reconsider their relationship with animals.

Moving billboards took pride of place among the flashing neon of New York’s iconic Times Square and Javits Center, along with static street posters throughout Manhattan in August. 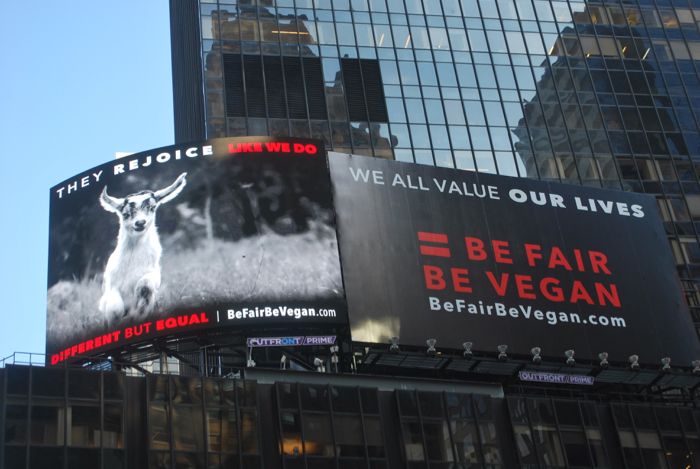 Created by non-profit activist group Be Fair Be Vegan, the campaign ran for four weeks. The aim was to introduce passers-by to the faces and feelings of animals used for food, clothing, research and entertainment.

A series of black and white photos with the themes “Like Us” and “Different but Equal” showed that emotions such as pain, grief and joy are not unique to humans but experienced by other animals too. 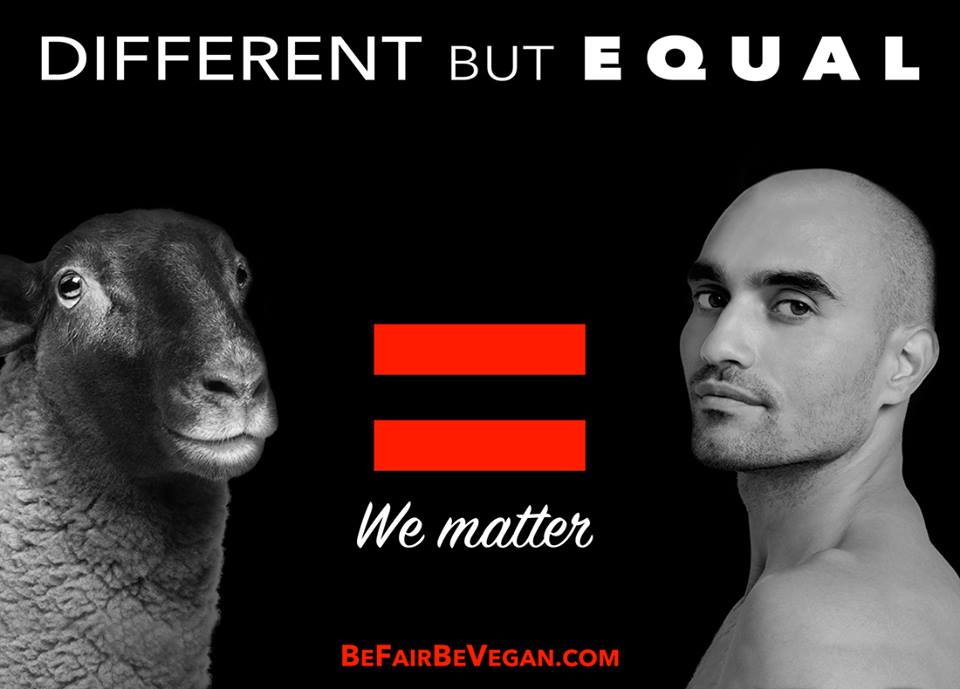 A second series, with a “Which One?” theme challenged people to choose an animal to die for their tastebuds, placing the responsibility for the violence and killing squarely on the shoulders of the consumer. 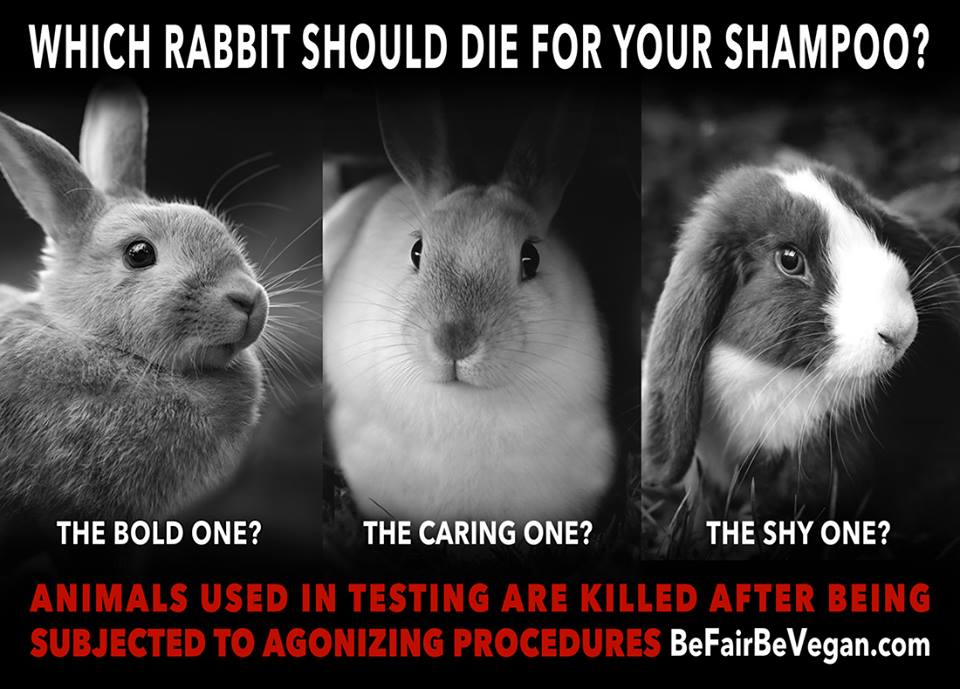 This campaign, organized by Eden Farmed Animal Sanctuary, rolled out in June this year in Ireland, followed by a UK tour.

A huge powerful ‘They Trust Us, We Butcher Them’ billboard was erected in Birmingham in the north of England. 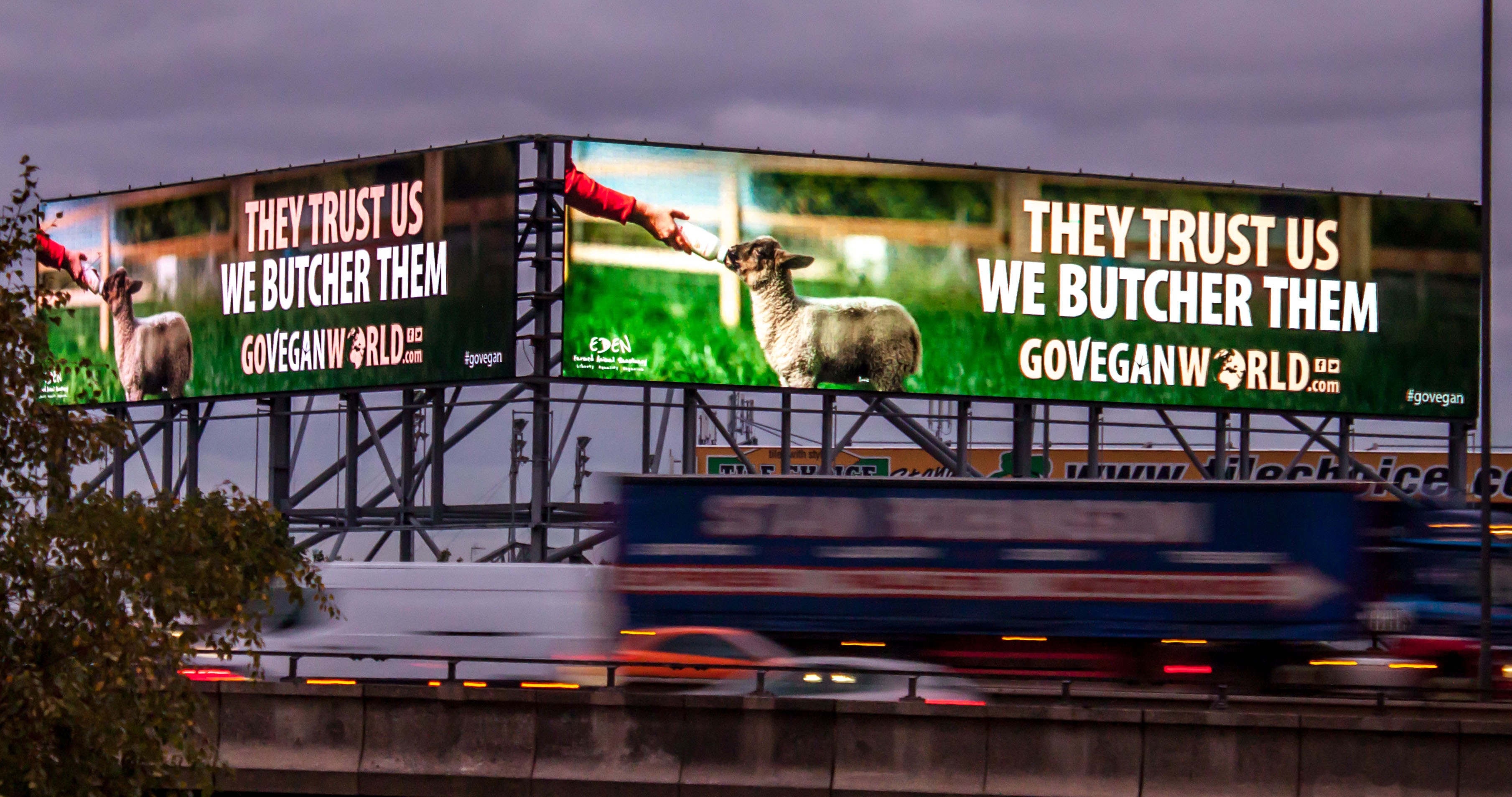 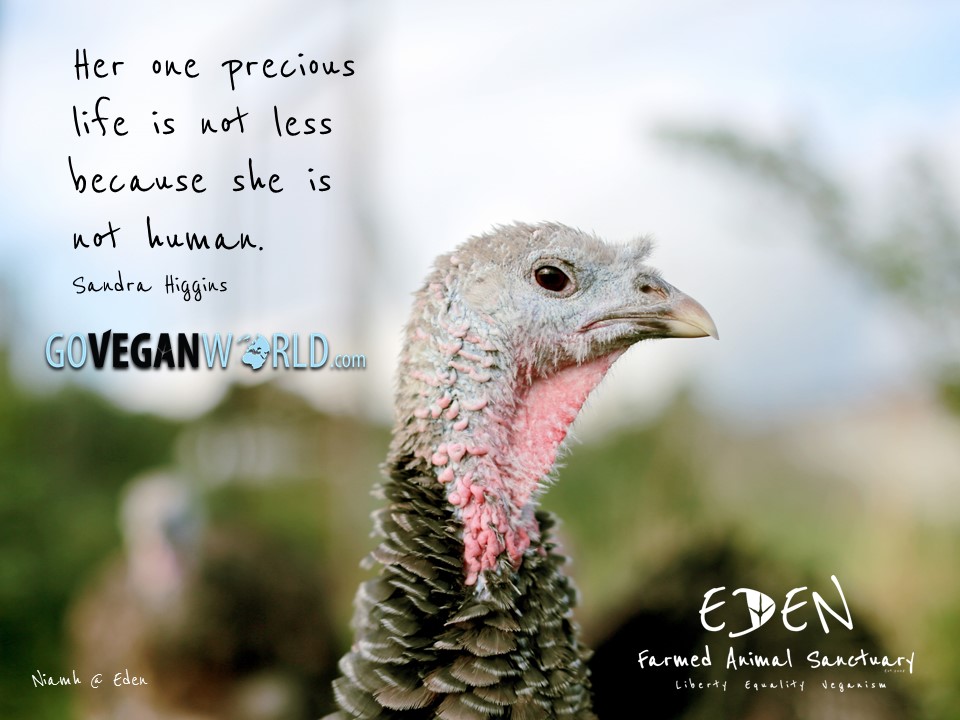 3. Why Love One But Eat the Other? – Sydney, Australia

Sydneysiders were asked to rethink their food choices in the run up to Christmas and beyond as part of the Vegan Society of New South Wales’ bus advertising campaign. 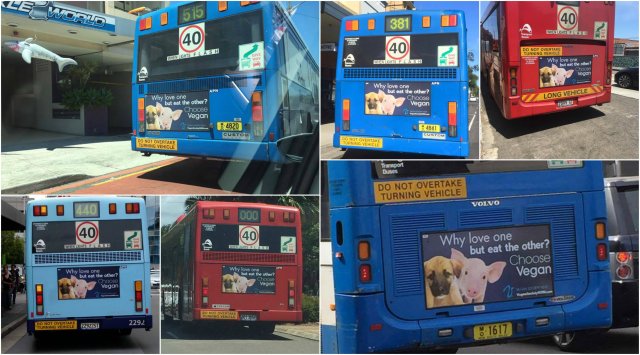 The ad, which featured an image of a baby pig and a puppy, asked consumers “Why Love One But Eat the Other?” And encouraged them to “Choose Vegan.” 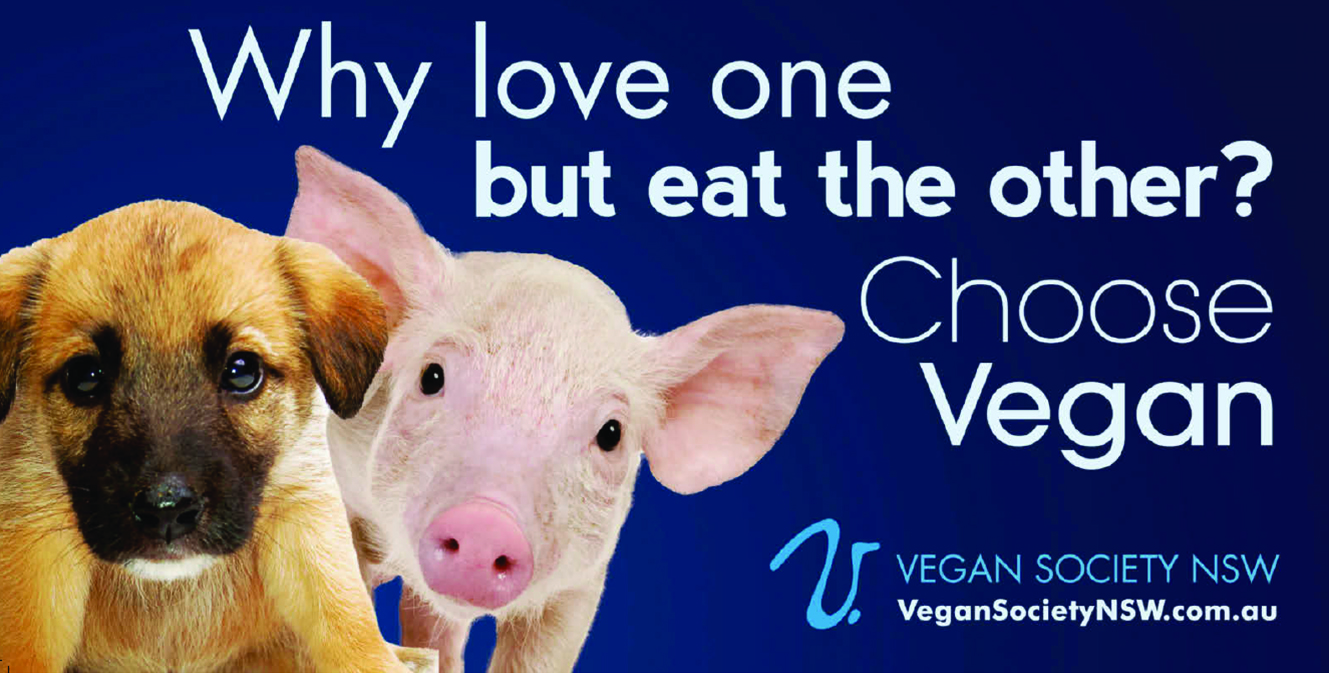 The artwork was adapted with permission from a similar campaign run by U.S. animal advocacy organization Mercy for Animals in 2013. 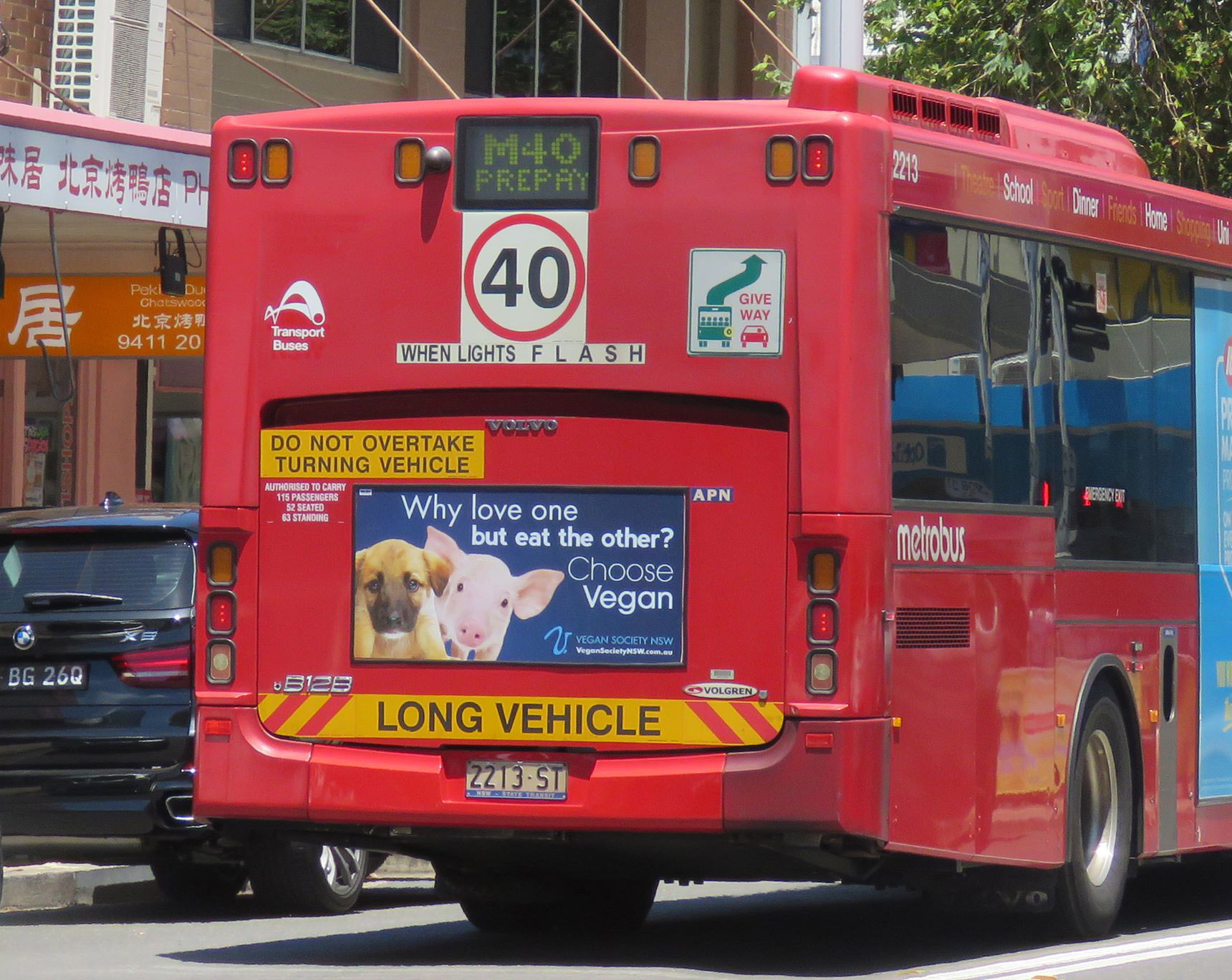 Ads appeared on the back of metro buses on a variety of routes across Sydney until mid-December.

4. Think Before You Drink – Indiana

In May this year, People for the Ethical Treatment of Animals (PETA) protested the 100th Indianapolis 500 motor racing event’s ‘largest milk toast’, in which Prairie Farms and the Indiana American Dairy Association planned to hand out 100,000 bottles of milk for spectators to drink at the same time the race winner glugged theirs down. 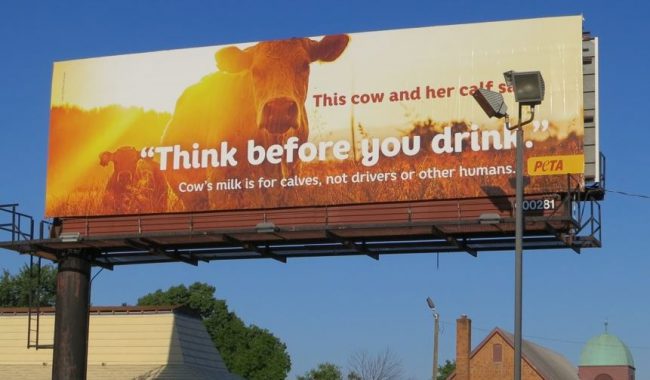 The animal rights organization put up a billboard with an image of a cow and her baby, saying, “This cow and her calf say: ‘Think before you drink.’ Cow’s milk is for calves, not drivers or other humans.”

Billboards throughout Melbourne feature images of animals, asking people to call them by their names, such as Penelope Sue, and not “dinner” or “lunch.” 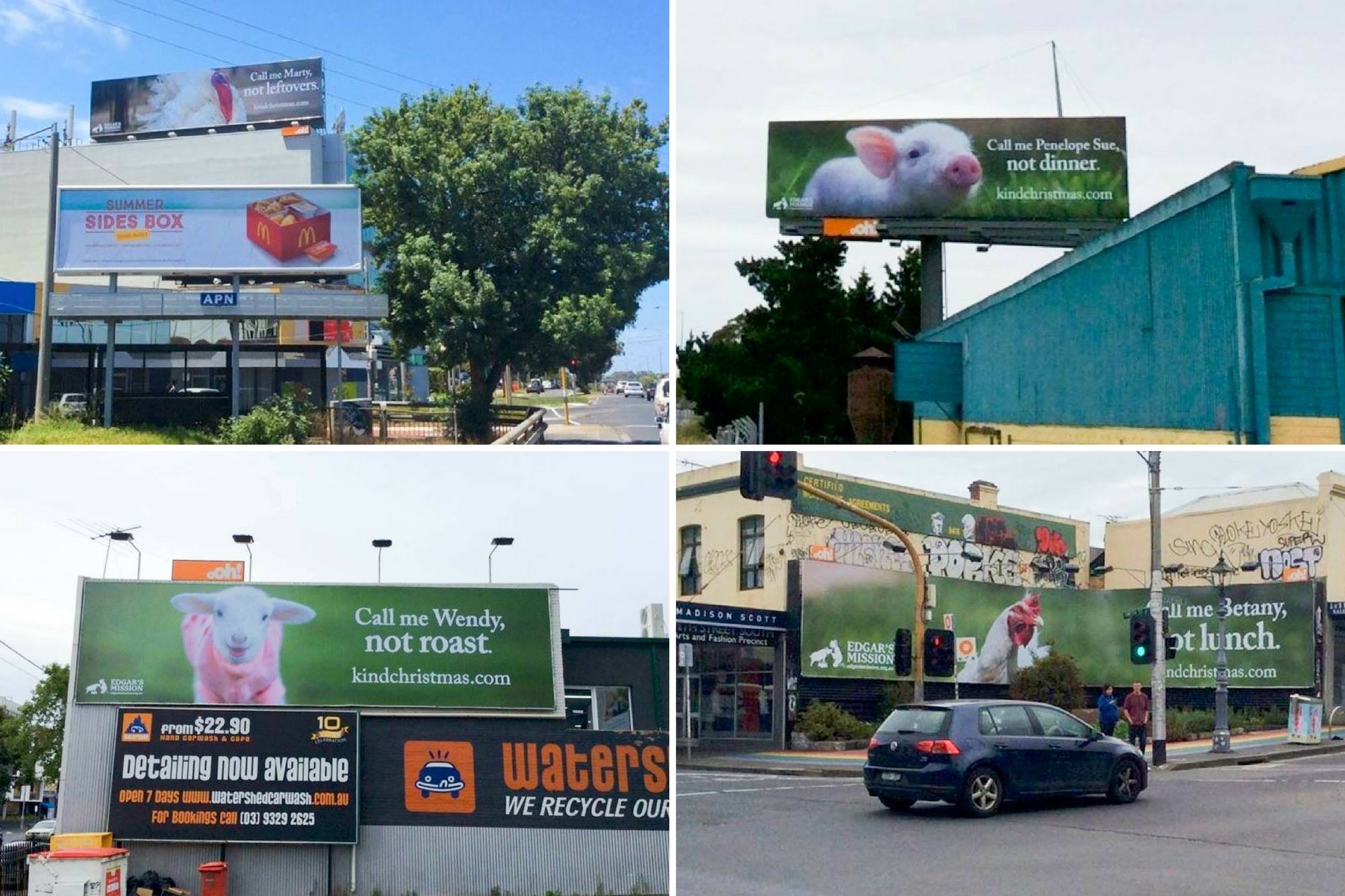 The aim of the campaign is to encourage people to think of animals as individual, sentient beings, rather than as roasted or baked bodies or body parts to be eaten.

Finally, the Veganuary team grabbed prominent promotion spaces on the London Underground in the UK to ask commuters to “Try Vegan” in January. 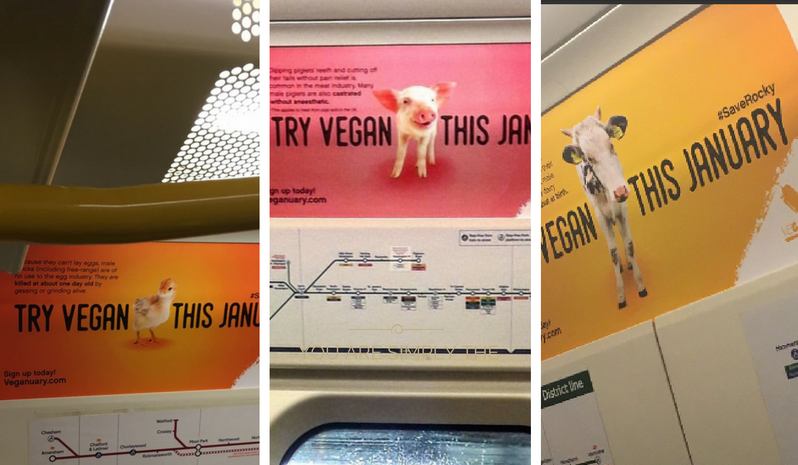 Each brightly colored ad showcases a farmed animal, their name, a short paragraph explaining the heartbreaking cruelty inflicted on them and one of three hashtags: #SaveRocky #SaveLittleErnie and #SaveEric.

The ads appear on a number of trains on various lines across the city and will run through January.

All these ads have been viewed by tens, if not hundreds, of thousands of people, providing them with the opportunity to make an emotional connection with farmed animals and take them off their plates. And the strategy seems to be working. Veganuary announced on its Facebook page on December 19, 2016 that it had garnered 10,000 sign-ups faster than ever before.

What do you think about these ads? Which of the above campaigns is your favorite and why?