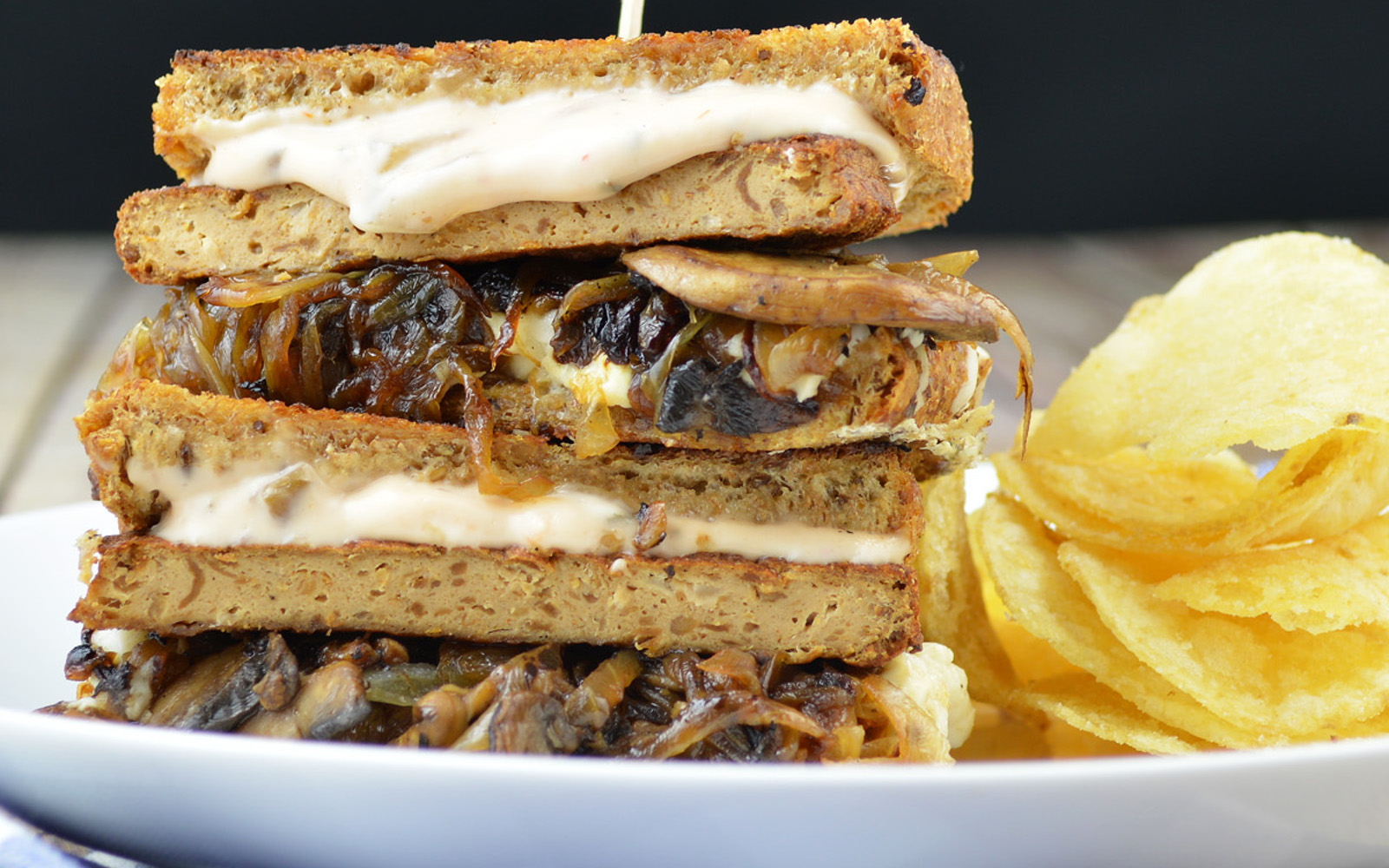 This awesome sandwich consists of vegan burger patties, melty vegan cheese, and mushrooms sandwiched between two slices of grilled rye bread. It's paired with a special sauce to add even more ooey, gooey creaminess and to give the sandwich a bit of tang to off-set the sweetness from those fine caramelized onions.

For the Patty Melt:

For the Special Sauce:

To Make the Patty Melt:

To Make the Special Sauce: