Here’s Where You Can Try The Impossible Burger Right Now! 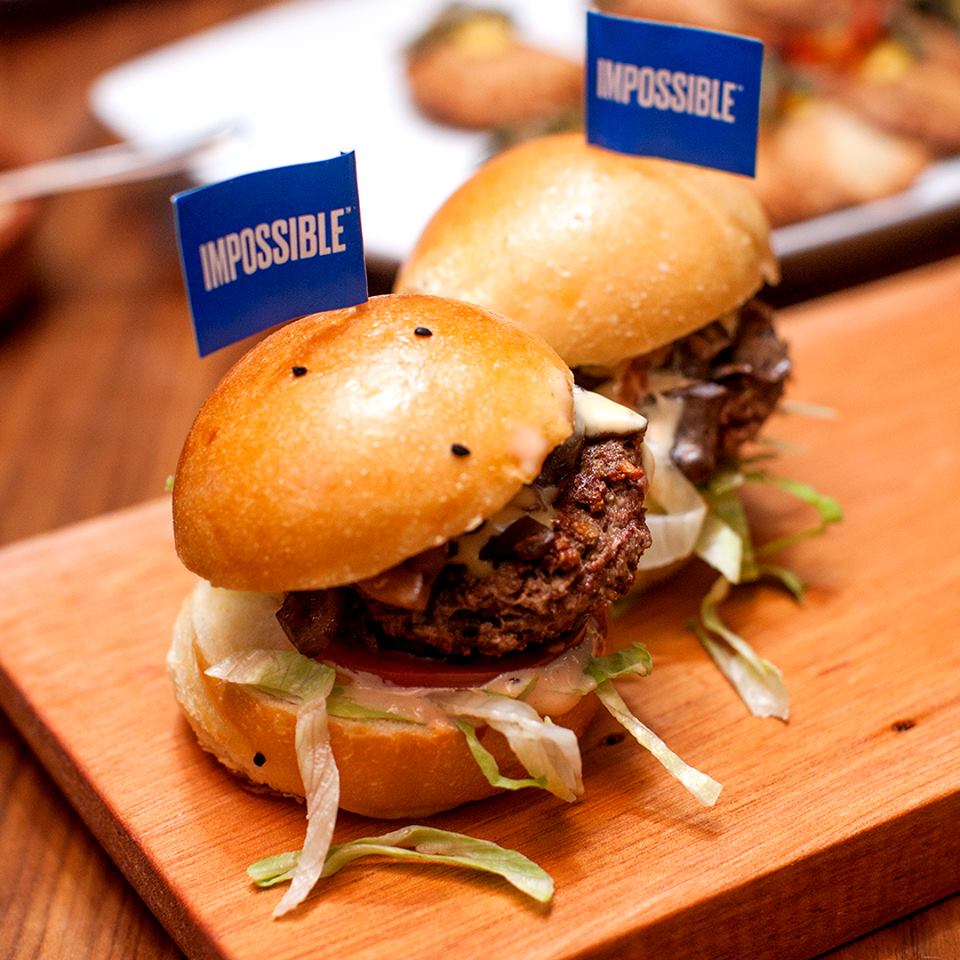 A few months ago, we wrote about new locations for Impossible Foods’ famed burger. Since then, the Impossible Burger has continued its meteoric spread across the United States, thanks in large part to its popularity with the public, and its massive increase in production capacity.

The Impossible Burger is beloved because it is a completely meat-free burger which sizzles and “bleeds” like real meat. This makes it an attractive option for those who eat plant-based but miss the taste of beef. Though plant-based eaters have been thrilled about the burger, Impossible Foods’ CEO Pat Brown is actually trying to convert meat-eaters — not just people already in the market for plant-based alternatives. His ultimate goal is to overhaul our food system, cutting out the wastefulness of the animal industry and replacing it with far less environmentally-damaging foods.

Impossible Foods aims to put its burger in 1,000 restaurants across the United States, and the race is well underway. Below, we’ve listed just a few of the many places you can grab the Impossible Burger. You can see the full list here, and check back often: this delicious plant-based burger makes its debut in new restaurants regularly. 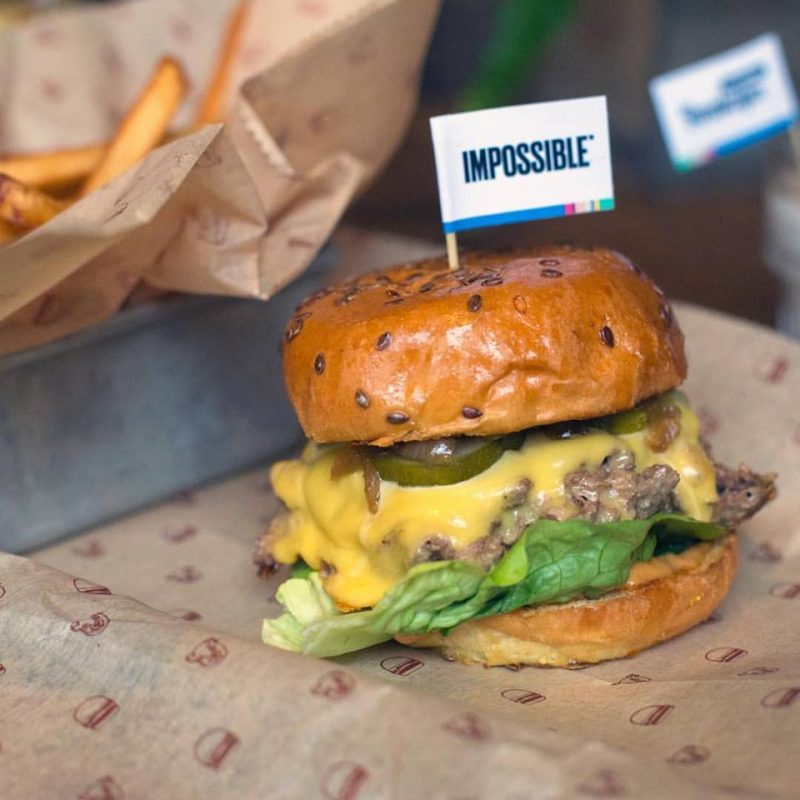 Impossible Foods recently announced that it is selling in every Bareburger nationwide. There are currently 32 Bareburger locations across New York City and the tri-state area, as well as DC, Philadelphia, Chicago, and Los Angeles.

Founded in 2008, Bareburger prides itself on natural and organic ingredients. At Bareburger, you can build your own burger, so pick the Impossible patty and then choose from a large selection of buns, veggies, and sauces. Note that not all of the toppings are plant-based, so ask your waiter or waitress if you are unsure. Our personal recommendation? Try it with Bareburger’s vegan American cheese. 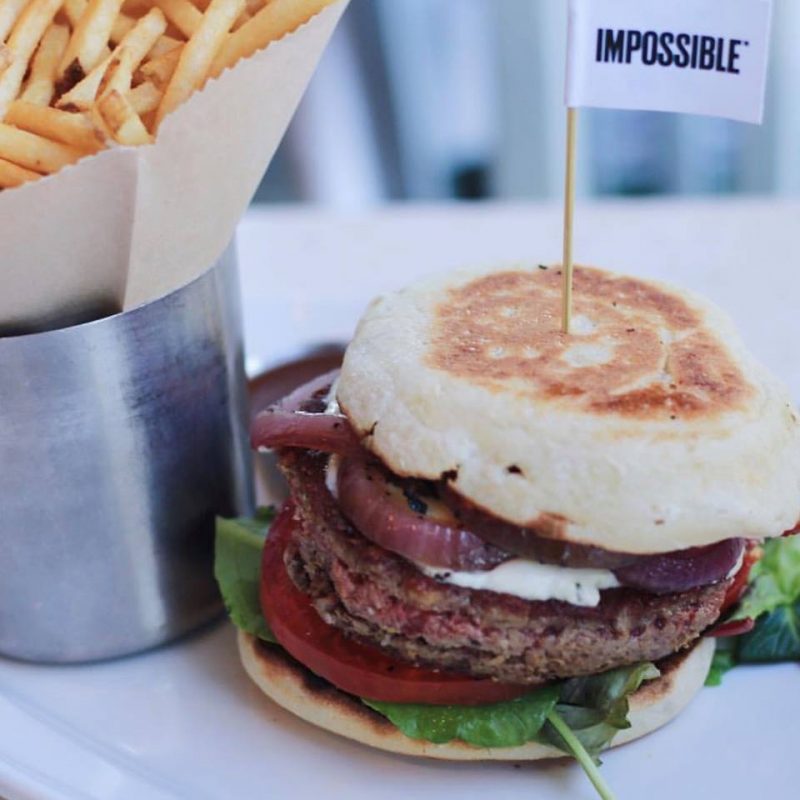 Likewise, Impossible Foods is also selling at The Counter nationwide. This chain featuring customizable burgers has locations all over the country, including states like Arizona, Idaho, and Hawaii.

Here, you can create your own burger using the Impossible patty, or try a delicious pre-made Impossible Burger salad which comes with quinoa, alfalfa sprouts, toasted almonds and grilled red onions. The Impossible Burger that’s pre-made on The Counter’s menu is not entirely plant-based, but luckily, the chain encourages you to #CreateYourImpossible with yummy toppings such as grilled Anaheim chiles or sautéed mushrooms. 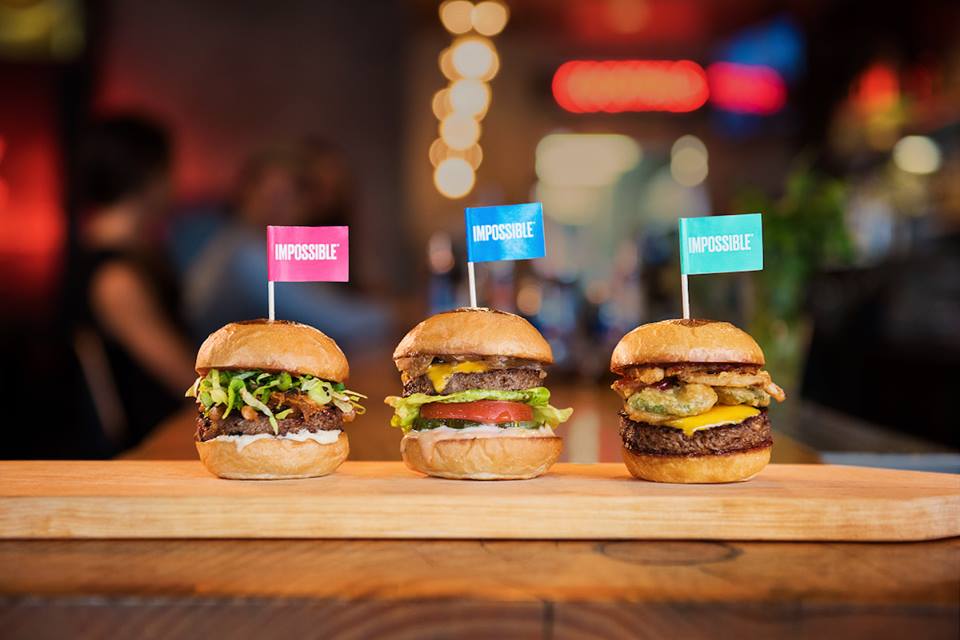 The Impossible Burger on Umami’s menu comes with a double patty, but the rest of the burger is not entirely plant-based, so ask your server about an alternative preparation. While you’re there, Umami’s homemade ketchup and pickles are not to miss. 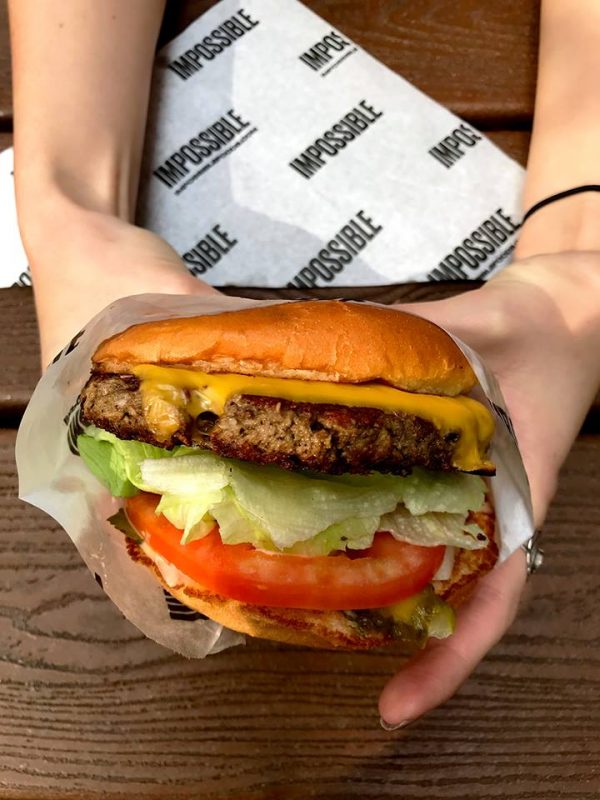 If you’re in Chicago, head to an M Burger to experience the Impossible. Make it plant-based by requesting it Salad Style (wrapped in lettuce) and leaving off the cheese and sauce. Instead, try it with ketchup or mustard, add some extra avocado, and best of all — have it delivered to your home! 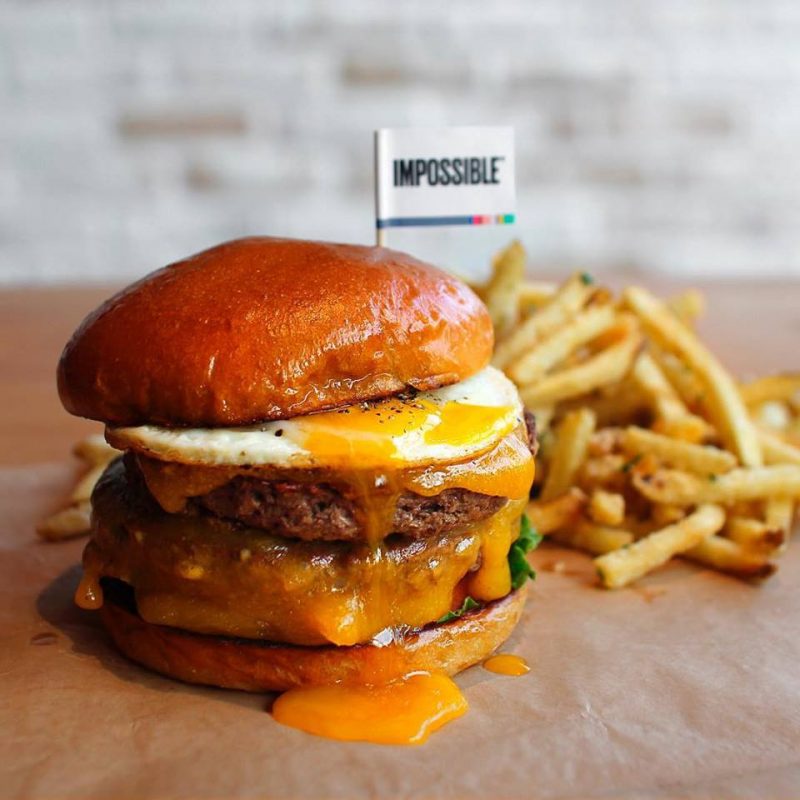 Hopdoddy offers the Impossible Burger in its Texas and Nashville locations. As with other restaurants, the Impossible Burger on the menu is not entirely plant-based, so ask for substitutions for the cheese and sauce. You can also add the patty to a salad, such as the Farmer’s Market which comes with local and seasonal vegetables. 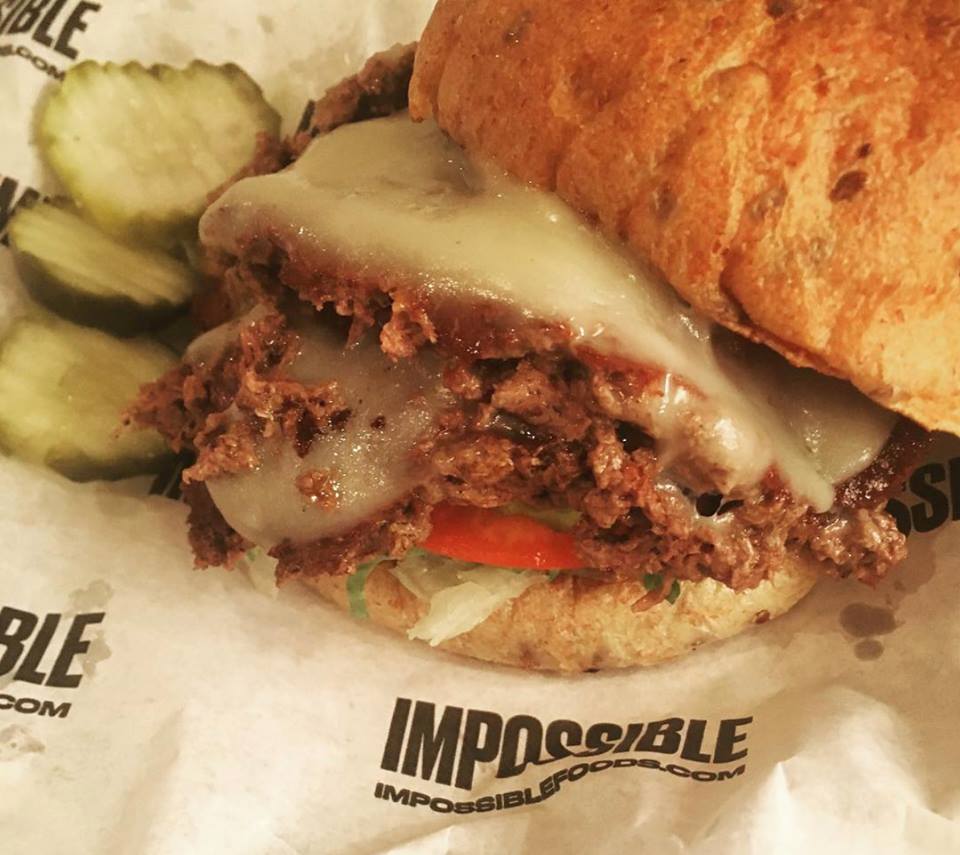 Bill’s Bar and Burger located in New York City is now serving up the Impossible Burger. You can also find this restaurant in places like Pittsburgh, Pennsylvania and Lake Charles, Louisiana. The item on the menu is not entirely plant-based so make sure to ask for no white cheddar and any other necessary substitutions.

Though Impossible Foods continues its rapid expansion, it may not be in a location near you just yet. In that case, no need to worry! We’ve got you covered with hundreds of vegan burger recipes that you can find on our Food Monster App. Download it on your Android and iPhone or visit our Instagram and Facebook to browse more than 10,000 vegan plant-based and allergy-friendly recipes!