The History Of The Donut! 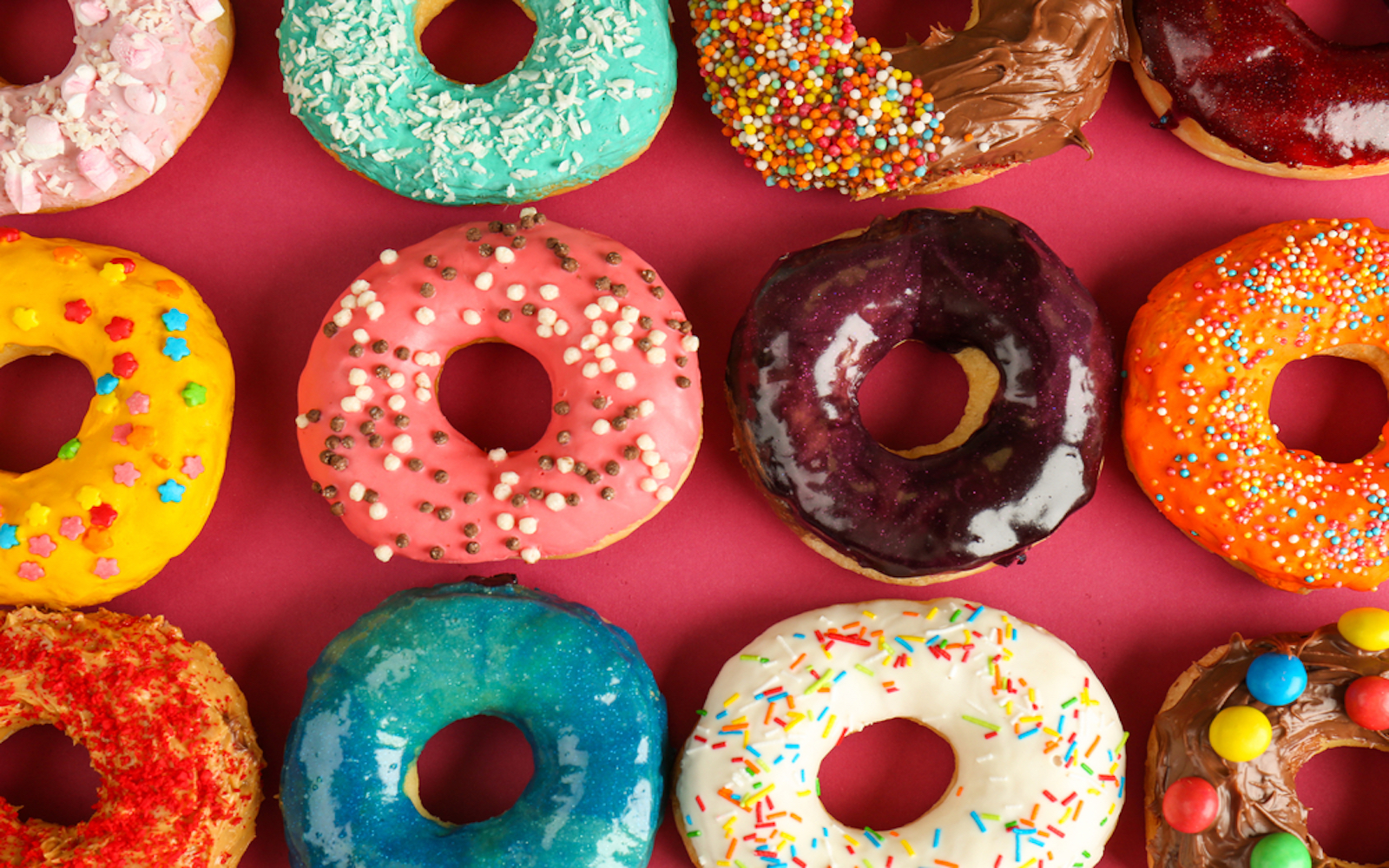 Donuts have become somewhat of a poster child for sweet indulgence thanks to influential characters, animated cartoons, and America’s love for sweet little treats before 11 am. From its (very) humble beginnings, donuts, or should we say doughnuts, have climbed up the culinary ladder towards global domination. While it’s difficult to imagine a world without trendy maple bacon and matcha iced donuts, this tasty treat hasn’t been around forever, nor has it always had flavor.

Rumor and legend have it that Elizabeth Gregory, a ship captain’s mother sailing through New England, made deep-fried dough for all the sailors during their long voyage. From the cargo, it is said that she used nutmeg and put a hazelnut or a walnut in the center so the dough would cook, hence the literal creation of the dough-nut.

In 1920, Adolph Levitt, a Jewish refugee from Russia, invented the first-ever doughnut machine. This machine churned out 80 dozen donuts an hour and was made fresh from the fryer, which created identical donuts ready to eat. In the United States, Dutch people introduced donuts as oily cakes, aka olykoeks, in the early 1800s. These fried dough cakes were similar to today’s donuts, except they lacked the actual donut hole, were fried in pork fat and were relatively flavorless. In the Netherlands, these dough balls were served during Dutch Christmas. Eventually, Dutch pilgrims brought them to America, where they were combined with apple bits and raisins.

Historians credit 16-year-old Hanson Crockett Gregory with creating the modern doughnut-hole shape. He was Elizabeth Gregory’s son, and some say that he removed the middle of the donut because of his disgust for nuts. Whatever the truth is, credit is given to Gregory’s discovery and the making of the first modern donut hole. 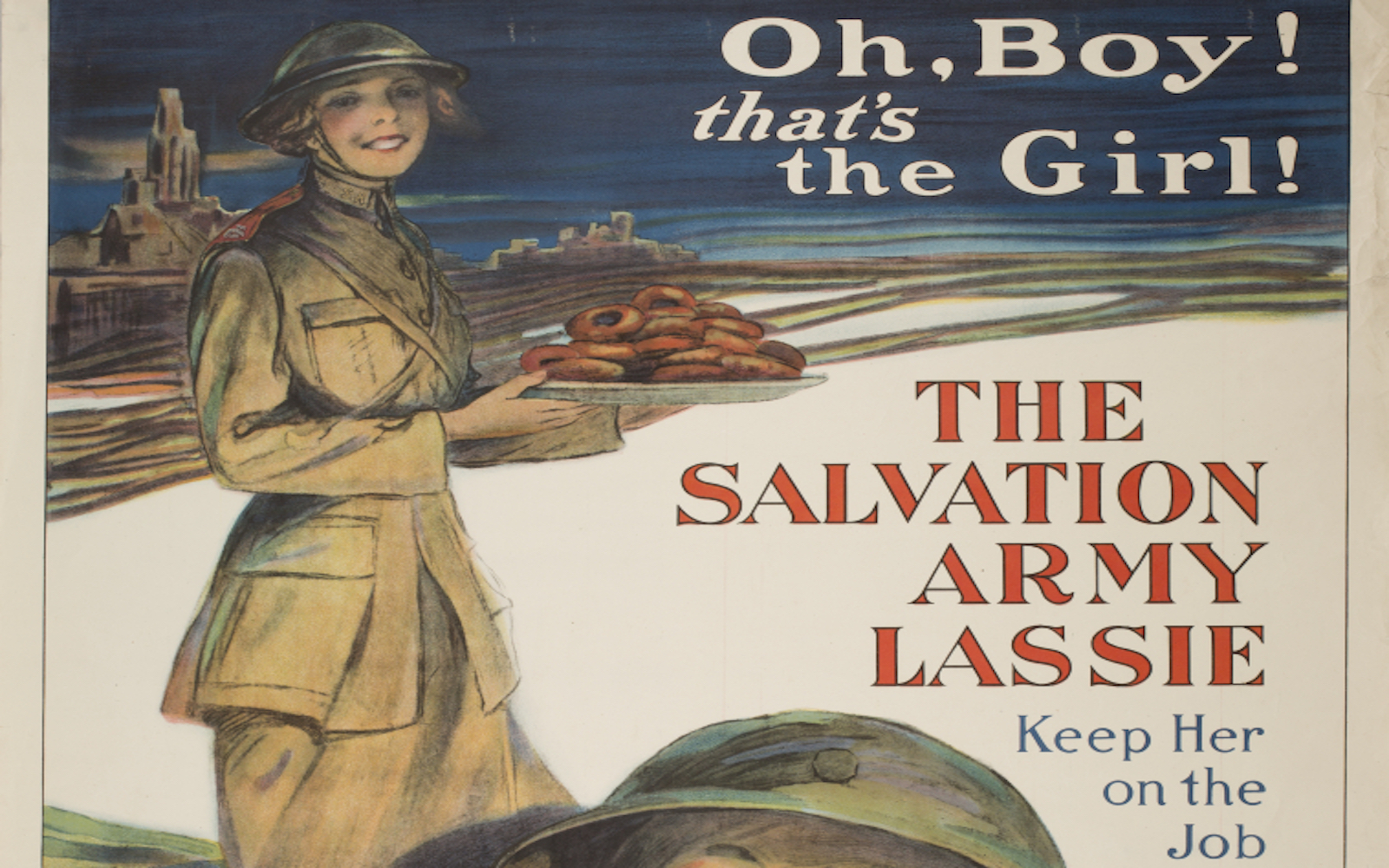 The new shape was tastier and cooked better than before. By the time World War I started, they were already a coveted American dessert. During the war, ‘Doughnut Lassies‘ served these treats to soldiers. The simple doughnut became a symbol of all that the Salvation Army was doing to ease the hardships of the fighting man — the canteens, the free refreshments, religious services, concerts, and a clothes-mending service. This was important to maintain hope in such a trying time in history.

As World War II began, these American treats were once again distributed to soldiers, this time from female morale boosters that were nicknamed “Donut Dollies.” Armed with nothing but treats and homemade entertainment, the Donut Dollies risked their lives to fulfill their goals of cheering up the US troops.

During the 1940s and 1950s, doughnut franchises like Dunkin’ Donuts and Krispy Kreme were born, introducing to the world mass-produced, sweet and flaky donuts available at all times of the day. 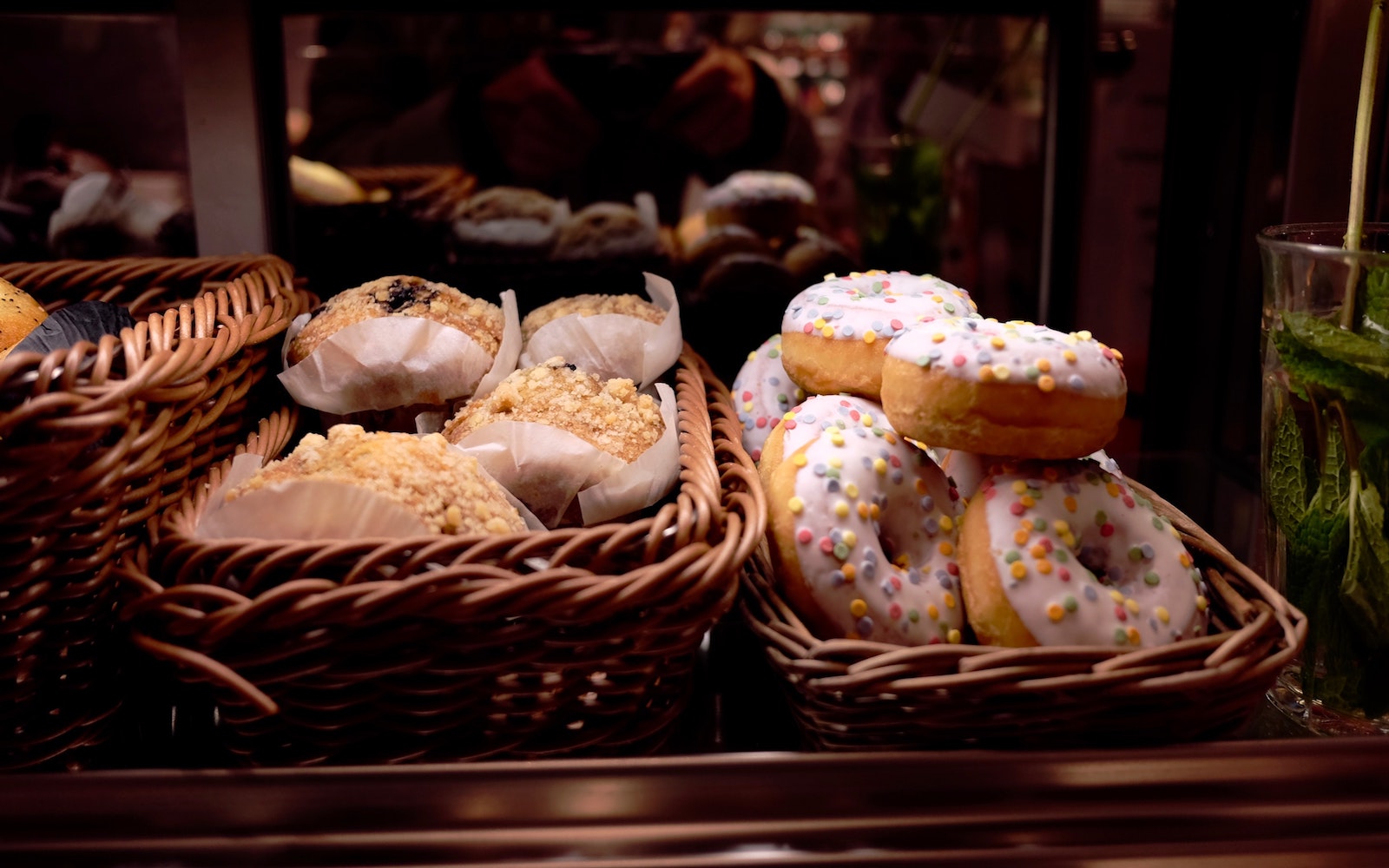 These days, donuts are everywhere. You can find them pre-packaged at the grocery store, warm and ready at a bakery, or available to order via a food delivery service. Upscale, unique donuts are the latest food craze, topped with exotics bits and even more exotic prices. Voodoo Doughnuts in Portland, Oregon, shot to fame for its maple bacon bar doughnut. Blue Dot makes 50 varieties daily, with seasonal flavors and new rotations weekly. We’ve seen donut walls at weddings, Instagram-worthy donut burgers, and ice cream donuts.

The annual “What’s hot 2018 culinary forecast” from the National Restaurant Association has “donuts with non-traditional fillings” as the 17th leading food trend, with 64% of surveyed chefs agreeing innovative donuts are on the rise. The leading flavors they are willing to try are s’mores (29%), mango (18%), and alcohol-inspired (17%). Breakfast cereal (all types), bacon-infused, and peanut butter and jelly are all tied with 16%.