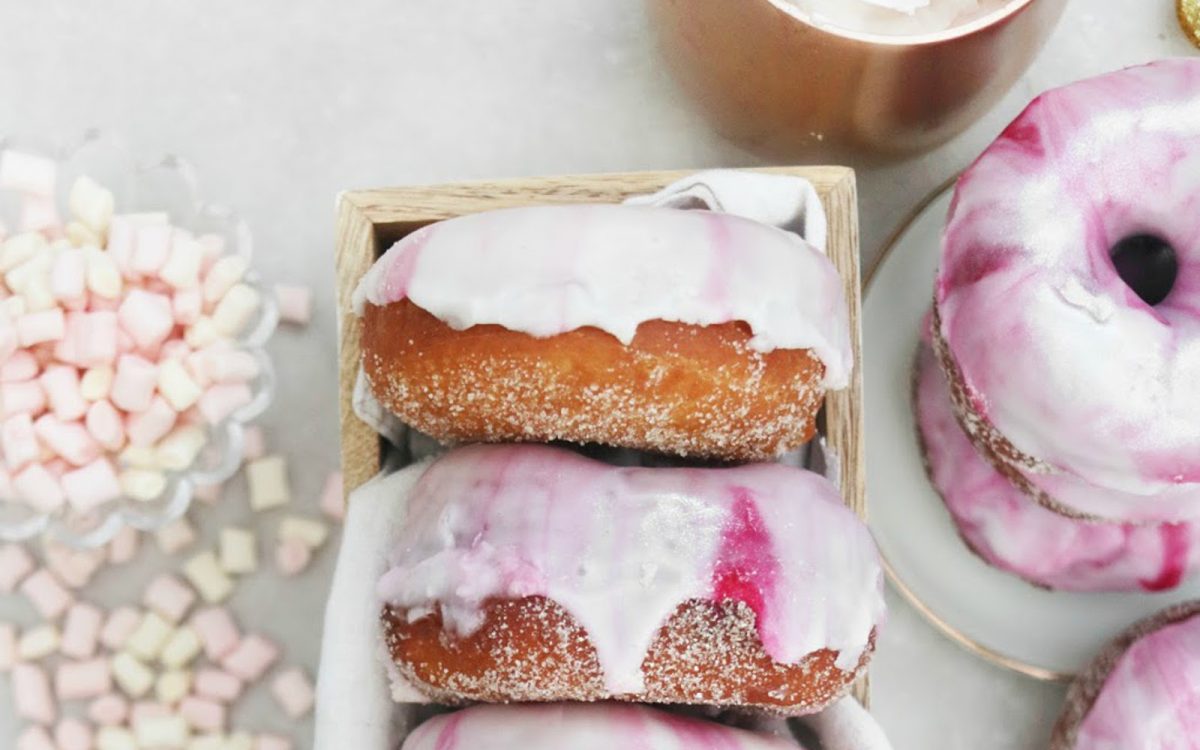 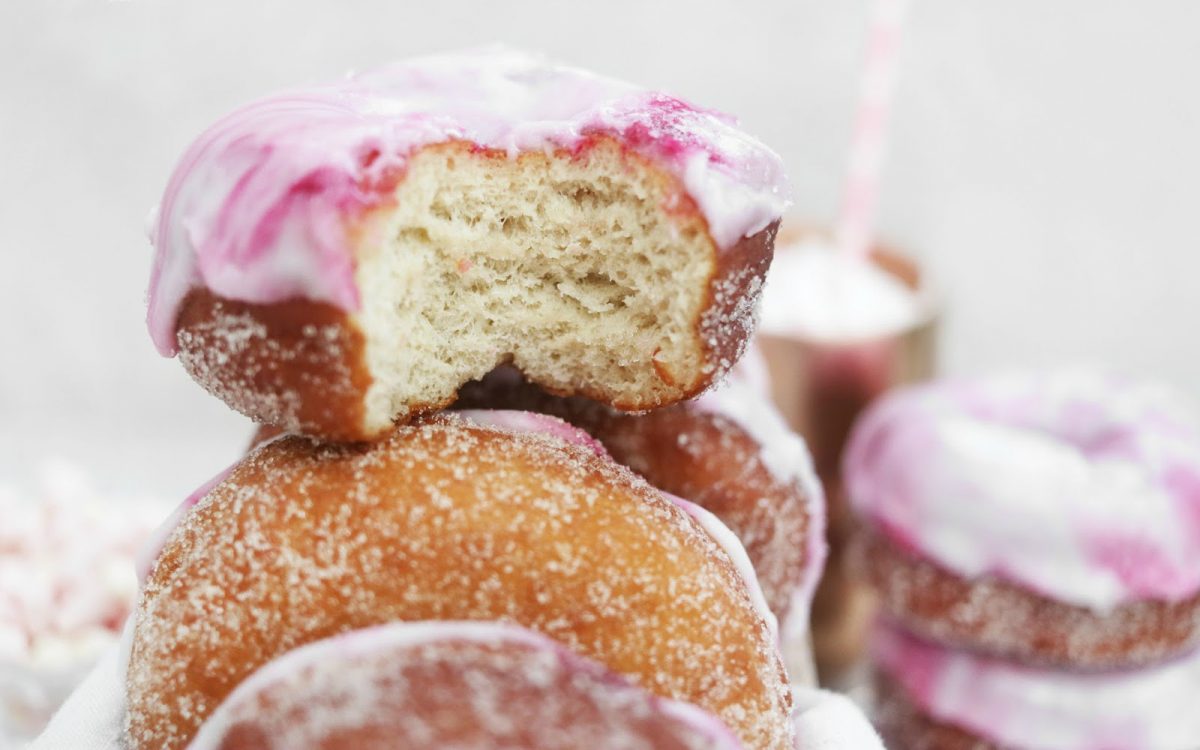 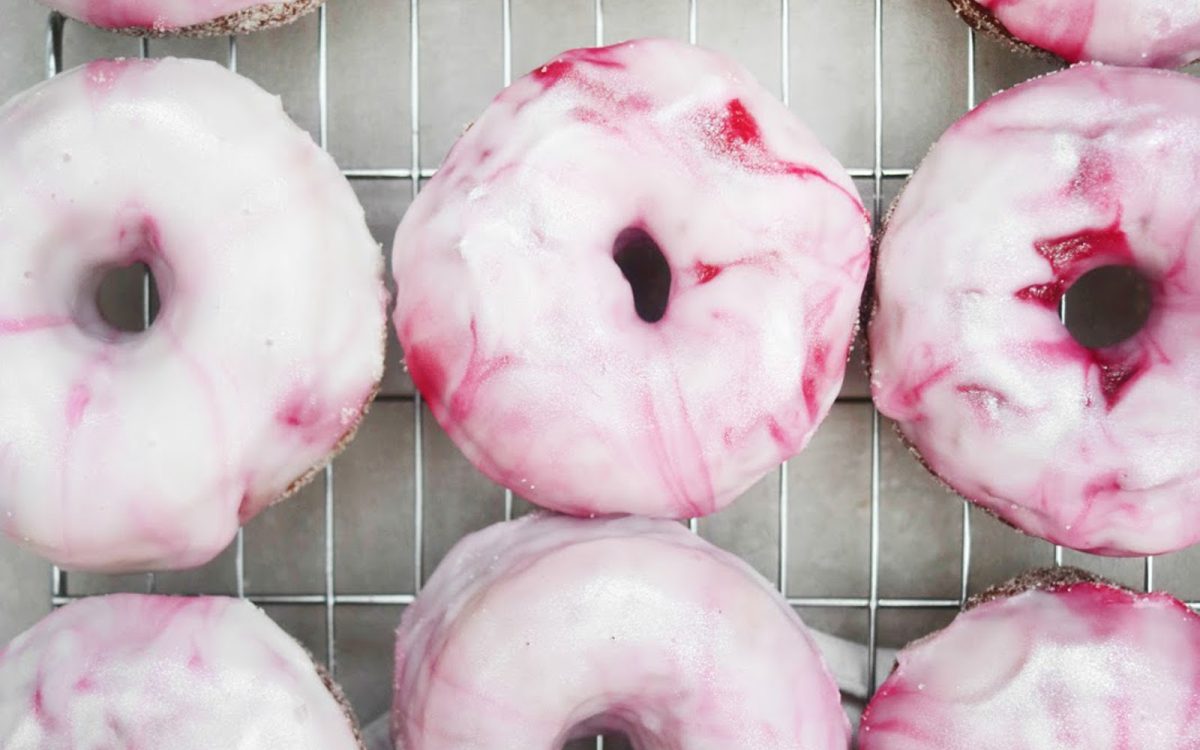 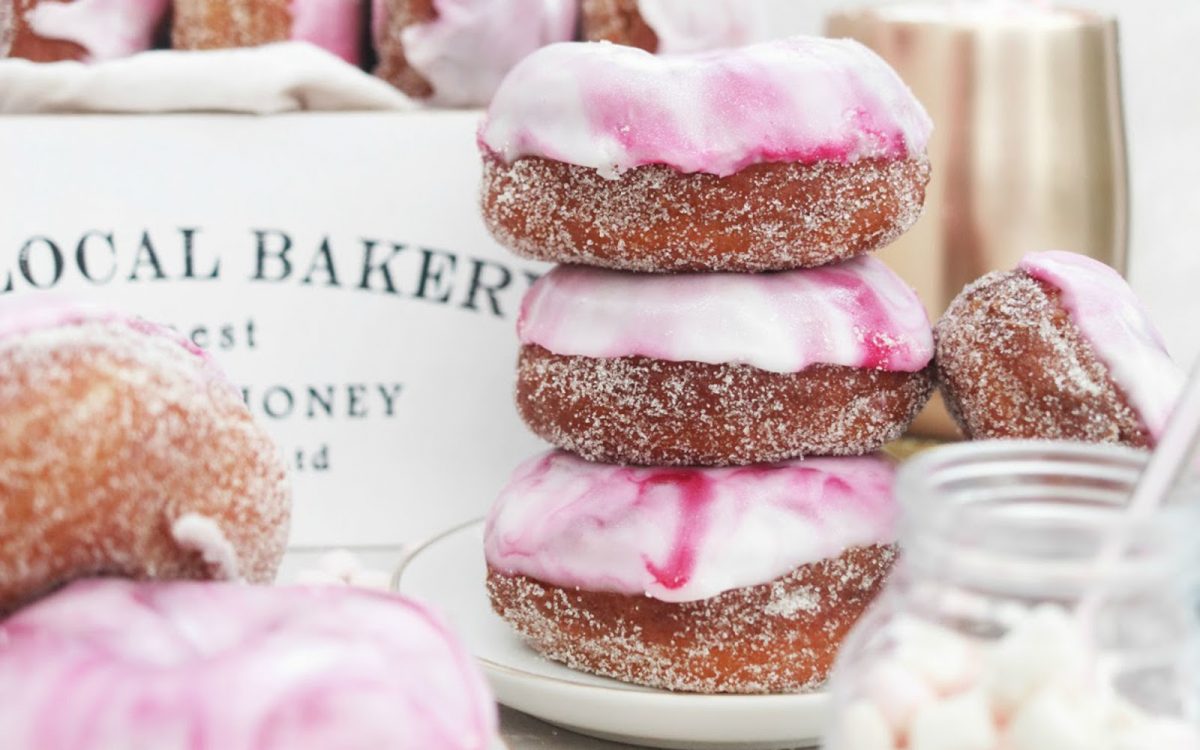 These strawberry marble doughnuts are light, fluffy and extremely irresistible! The doughnuts have a quick and simple glaze along with edible silver glitter so they appear silvery and holographic. They taste even better than they look...if that's even possible!

To Make the Doughnuts:

To Make the Glaze:

Per Serving: Calories: 170 | Carbs: 30 g | Fat: 4 g | Protein: 4 g | Sodium: 461 mg | Sugar: 4 g Note: The information shown is based on available ingredients and preparation. It should not be considered a substitute for a professional nutritionist’s advice.

Simple, fun desserts and dinners that will inspire you to get in the kitchen.

Hello, I am Holly Jade and I am the owner of The Little Blog of Vegan. I post delicious recipes, advice, and beauty tips. Everything is vegan and cruelty-free. I love to be as healthy as possible, but I do love to make the odd sweet treat recipe. I also love to post my own adorable and pastel daily photos on Instagram, why not check it out and come on the journey with me!