Popular Sandwiches From Around the World Made Vegan 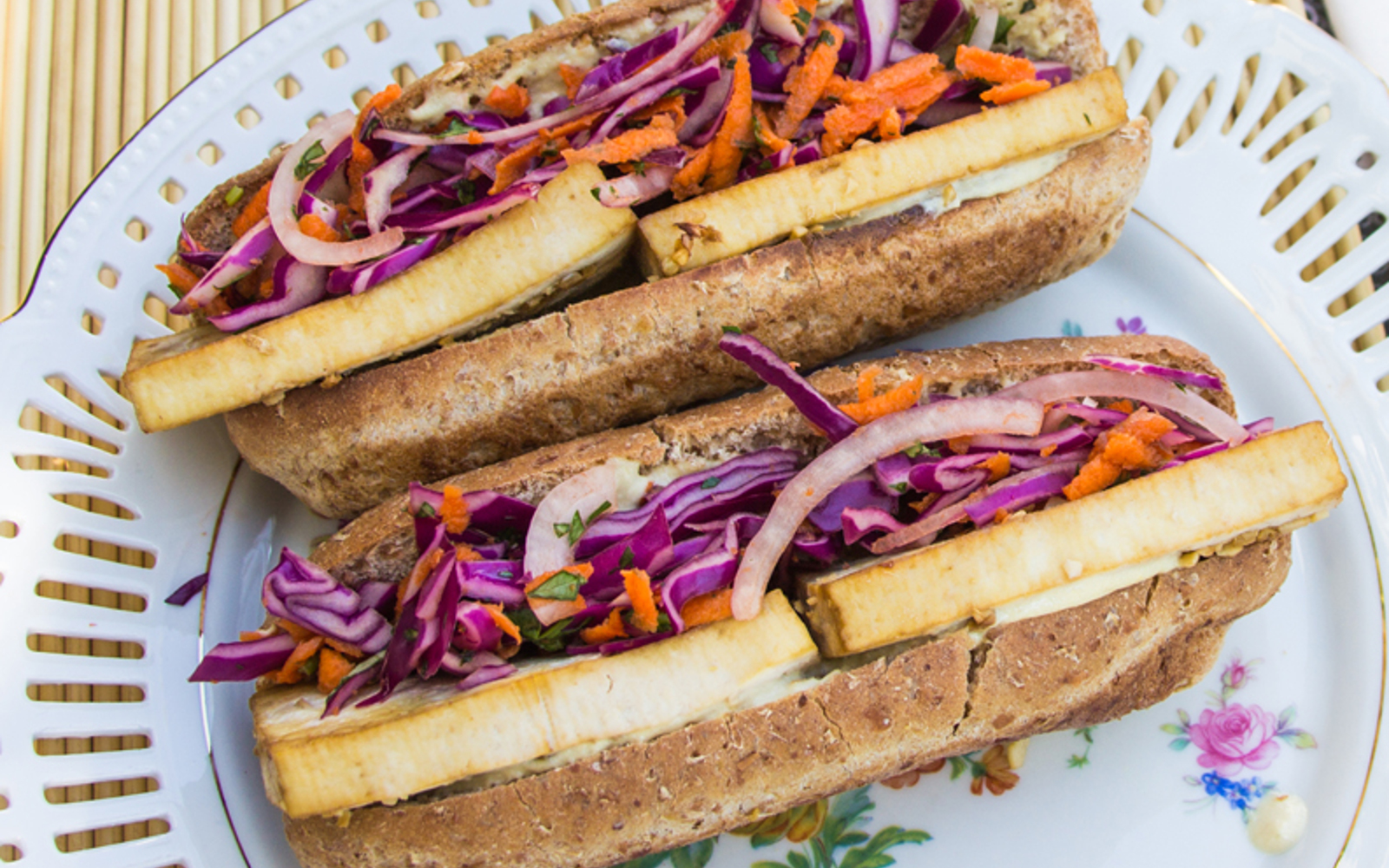 Whether you refer to them as hoagies, subs, or grinders, sandwiches are some of the most widely popular foods available — and every culture and region has its own beloved iteration.

You might be a breakfast-sandwich fiend (nothing beats a tofu-scramble in between bread), a tried-and-true enthusiast (we wouldn’t turn our noses up to PB&Js and plant-based BLTs in the afternoon), or a staunch supporter of your region’s famed classics, like the folks over at Wiz Kid. We won’t judge. We’re just here to celebrate other nation’s favorite sandwiches — and make them plant-based, of course! Check out some of our picks below. 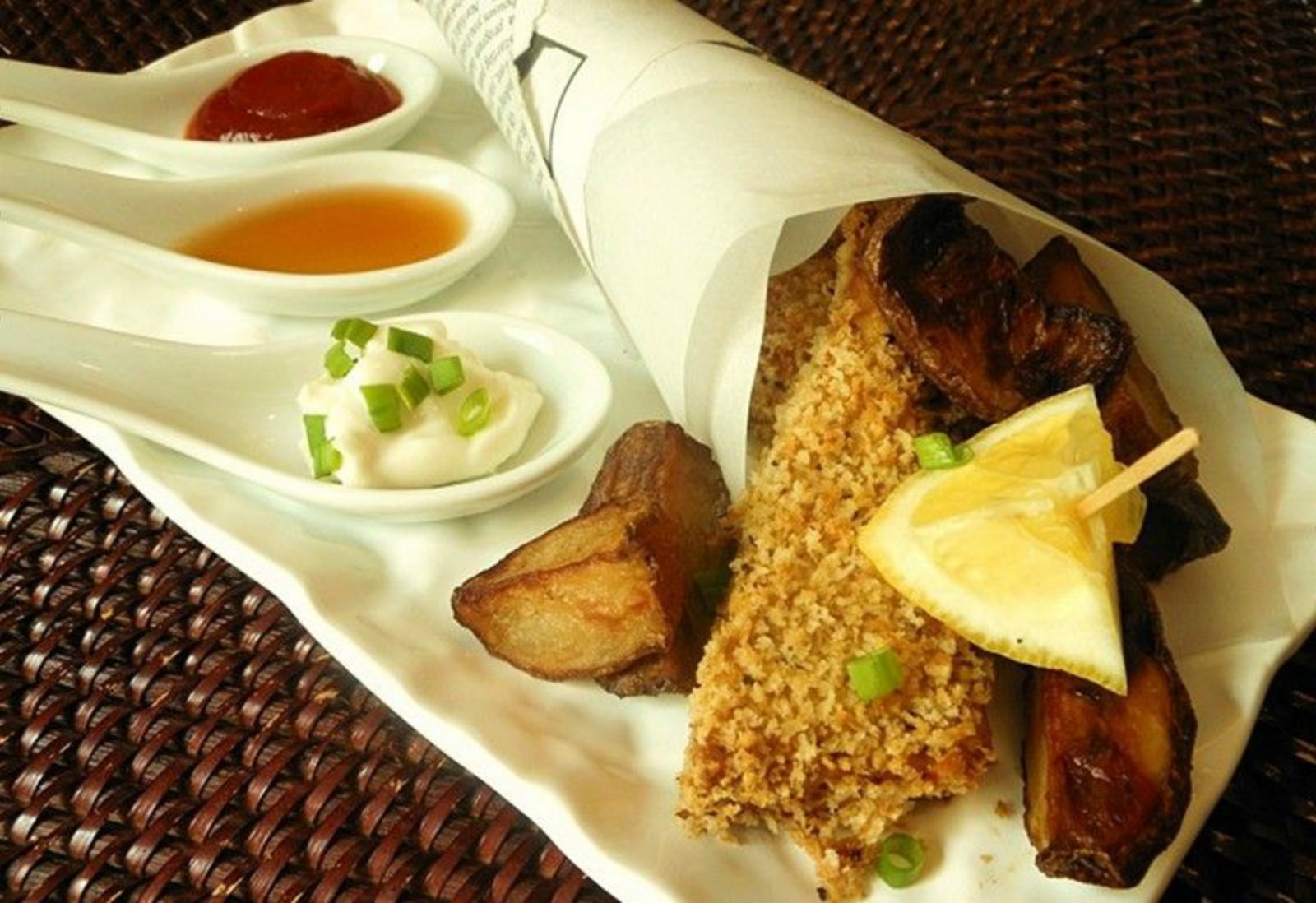 Fish and Chips is an iconic and indulgent British dish that typically consists of fried and battered fish served with crisp potato wedges. This vegan recipe uses tofu to imitate the soft, buttery fish texture and has simple instructions on how to roast crunchy chips of your own. Take the “fish” and put it on two slices of your favorite bread for sandwich-y goodness.

To assemble this yourself, read up on How to Make Perfectly Crispy French Fries Without Frying in Oil, pictured above, and then check out How to Make Homemade Country White Bread for your base.

Vada Pav is a traditional vegetarian Indian street food or snack composed of a spicy potato filling fried in a chickpea flour batter and sandwiched between bread or buns, often topped off with chutney. Starchy, warm, and filling, they’re staples sold at street stalls, cafés, and restaurants all throughout India.

The recipe for Potato Fritter Sliders With Chipotle Aioli, pictured above, is a spicy and delicious slider version of the popular Indian street food. Try out this Roasted Beetroot and Ginger Chutney, or even this Kasoundi (Spicy Indian Flavored Tomato Relish) on top.

A product of French colonialism in Indochina, this Vietnamese sandwich combines the best of French ingredients (such as a fluffier version of a traditional baguette, pâté and jalapeños) and native Vietnamese ingredients (such as cucumber, pickled daikon or carrots, and coriander). Bánh mìs are spicy, sweet, savory, sour, crunchy, and aromatic at once: the perfect breakfast, midday meal, or snack, if you’re ambitious.

Make sure to try out this Vietnamese Banh Mi Sandwich, pictured above, if you’re looking for a traditional take on the street food classic, or marry the American love of brunch and avocados with the Asian sandwich and make this Banh Mi Avocado Toast. For yet another unique interpretation of the staple, go fusion with this recipe for a Bánh Mì Chay Dog.

There’s no doubt that traditionally doner kebabs (“doner” is a Turkish word that means “to rotate”) are all about meat. Ottoman chefs discovered that if they stacked seasoned meat vertically in a cone shape, and then rotated it slowly on a rotisserie, the meat’s fat would drip down into the same fire that they used to spit-roast it, thereby flame-washing it in its own fat again.

While the doner kebab originated in Turkey, it’s hugely popular in Germany, and can also be found all throughout the UK, where hungry night-dwellers hit up doner kebab stands at 3 a.m. for a post-night-out snack.

Check out this recipe for a Seitan Doner Kebab, pictured above, which swaps the grilled meat for seitan that is fried until crispy on the outside and tender on the inside, then topped with all the fixings and a creamy spiced sauce. Or, try out these Grilled Cauliflower Doner Wraps for a veg-heavy twist.

Nothing beats warm, authentic falafel. Typically made from ground chickpeas (or fava beans, if you’re in Egypt), falafel is full of healthy fats and loaded with protein. Fava beans are packed with vitamins A, K, and B-6, while chickpeas are full of zinc, magnesium, and folate.

Falafel is an especially great alternative to meat fillings in a pita sandwich. Try Baked Falafel for a healthier option compared to fried falafel; it uses a cucumber noodle salad and mint dressing that provides authentic, Mediterranean flavors. Falafel sandwiches are also tasty with fresh tomato, lettuce, and onion. You can also add sauces to give more texture. For instance, tahini is delectable on falafel (as this recipe for this Spinach Falafel With Tahini Dressing, pictured above, demonstrates), but you could also try Raw Hot Sauce or Almond Cream Sauce for a more creative falafel sandwich.

Cozy, warm, and gooey grilled cheese sandwiches trigger nostalgic feeling for many Americans. While the sandwich has roots in cultures throughout history — even the Ancient Romans appreciated bread topped with cheese — the modernized, toasty grilled cheese originated in American in the 1920s, around the time the ubiquitous Kraft started becoming more readily available.

A Cuban tradition since the 1500s, Cuban sandwiches (aka “cubanos”) are fiercely beloved — in fact, the “right” way to make a Cuban is hotly debated among self-proclaimed sandwich aficionados.

Cubanos are submarine-style sandwiches that traditionally feature ham, cheese, pickles, and roast pork in Cuban bread all grilled in a panini press until compact.

This recipe for a Grilled Cuban Tofu Sandwich, pictured above, will transport you straight to the winding streets of Havana. The tofu is marinated in a zesty mojo sauce that is just the right mixture of sweet and tangy, then it’s sandwiched between toasty bread that’s stuffed with fresh watercress, bread and butter pickles, spicy mustard, and melty vegan cheese before being grilled to perfection.

For more, check out these 15 Vegan Sandwich Recipes From Around the World by downloading the Food Monster App, which is available for both Android and iPhone, and can also be found on Instagram and Facebook. The app has more than 10,000 plant-based, allergy-friendly recipes, and subscribers gain access to ten new recipes per day.