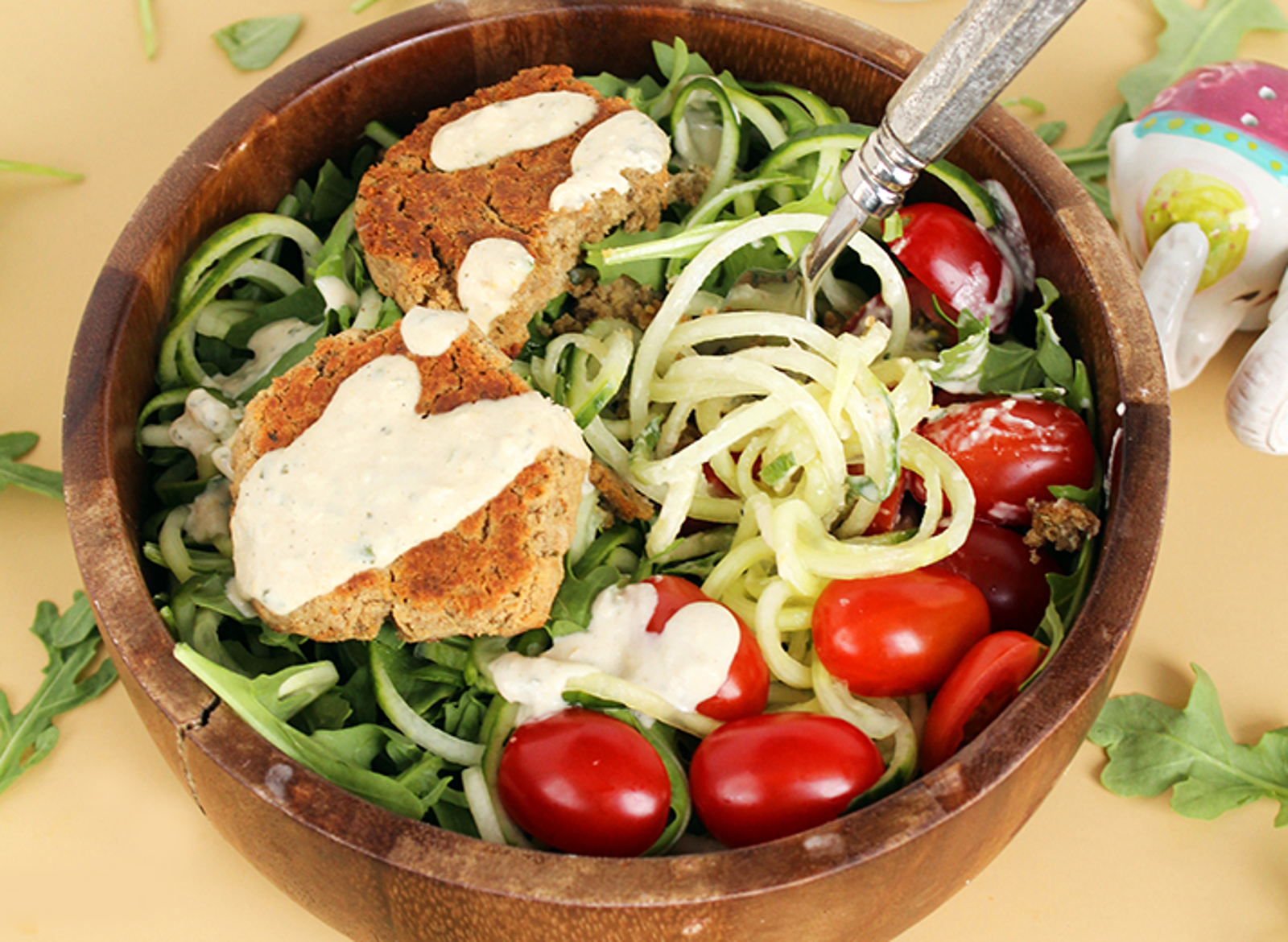 This was my first time making falafel. I had to try it twice before I got the seasonings right. However, the process itself is so easy, I can’t believe I haven’t tried this before (because I love falafel!) Basically, you place a bunch of clean ingredients into a food processor and pulse until its a “paste” that you can mold with your hands. Then, you pop them in the oven – et voila, falafel patties! Simple, right? While the baked falafel steals the show here, the cucumber noodles work their own separate magic – like a crunchy, refreshing salad. The mint-tahini dressing coats the cucumber noodles and makes every bite flavorful and tangy. Plus – baked falafel has significantly less fat than fried falafel. Instead of frying these chickpea patties, we place them in a cast iron skillet coated with olive oil, which adds flavor, healthy fats and a pretty brown color as it bakes.

For the Falafel For the Dressing For the Salad