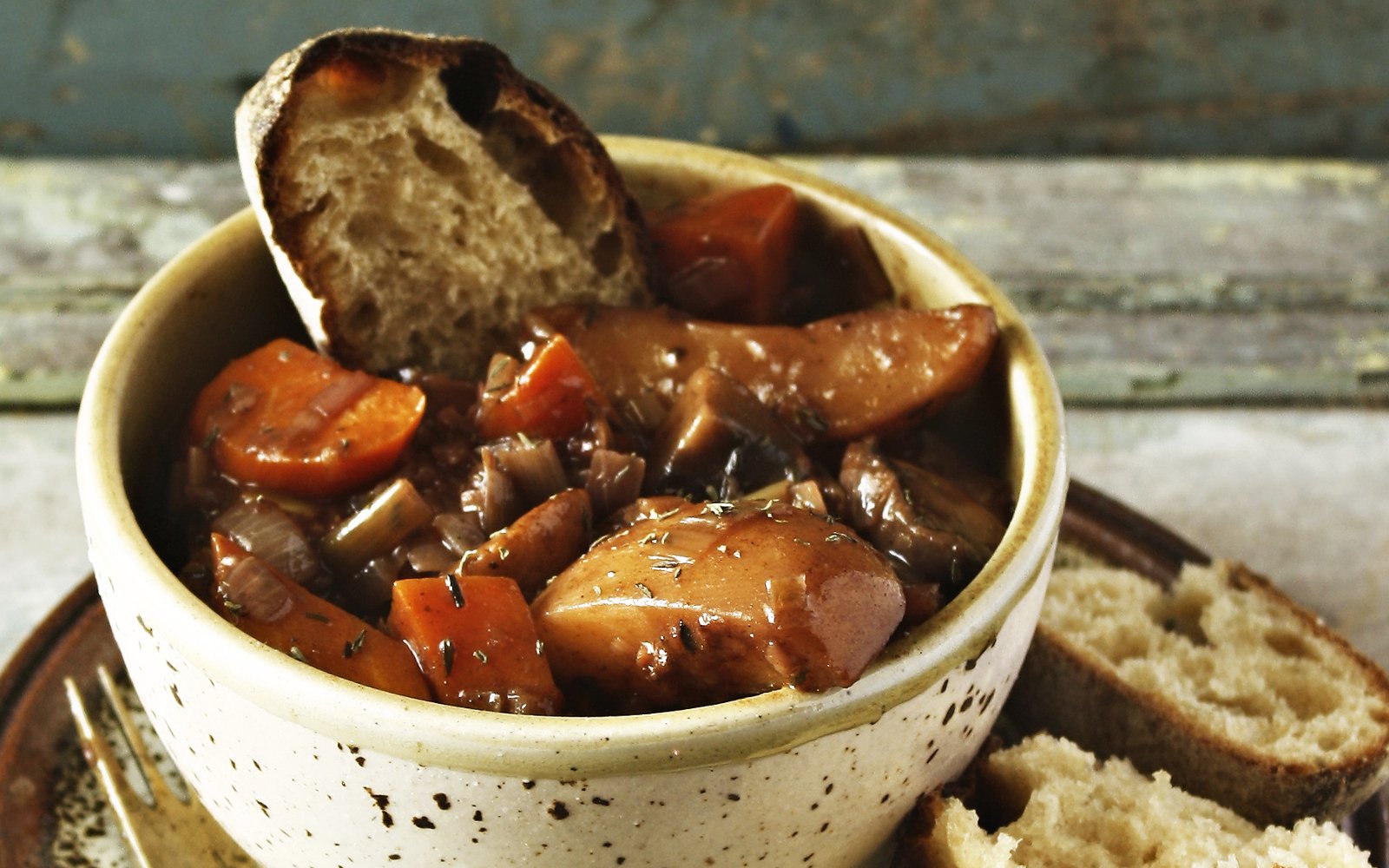 On August 15, 105 years ago, the famed American chef and television personality, Julia Child, was born. Known for her distinct voice and for introducing the American public to French cuisine through her debut cookbook, Mastering the Art of French Cuisine, Julia went on to inspire a love of cooking by making one of the most difficult cuisines to master accessible. Her premier television series, The French Chef, easily connected with its audience due to Julia’s unassuming presence. While her particular brand of charm differed from the dominating television personalities of her time, Child was nevertheless beloved by housewives and other folks who appreciated the unique and innovative appeal of The French Chef.

Much like television painter, Bob Ross, who whose demeanor would remain calm and composed even in the face of a misplaced brush stroke, Julia’s cooking mistakes went unedited. It made the show not only accessible but also funny and charming.

Although French cuisine is notoriously heavy on meat, eggs, and dairy, we cannot think of a better way to celebrate the woman who inspired a love of cooking across generations than to share some plant-based versions of some of her most famous dishes. 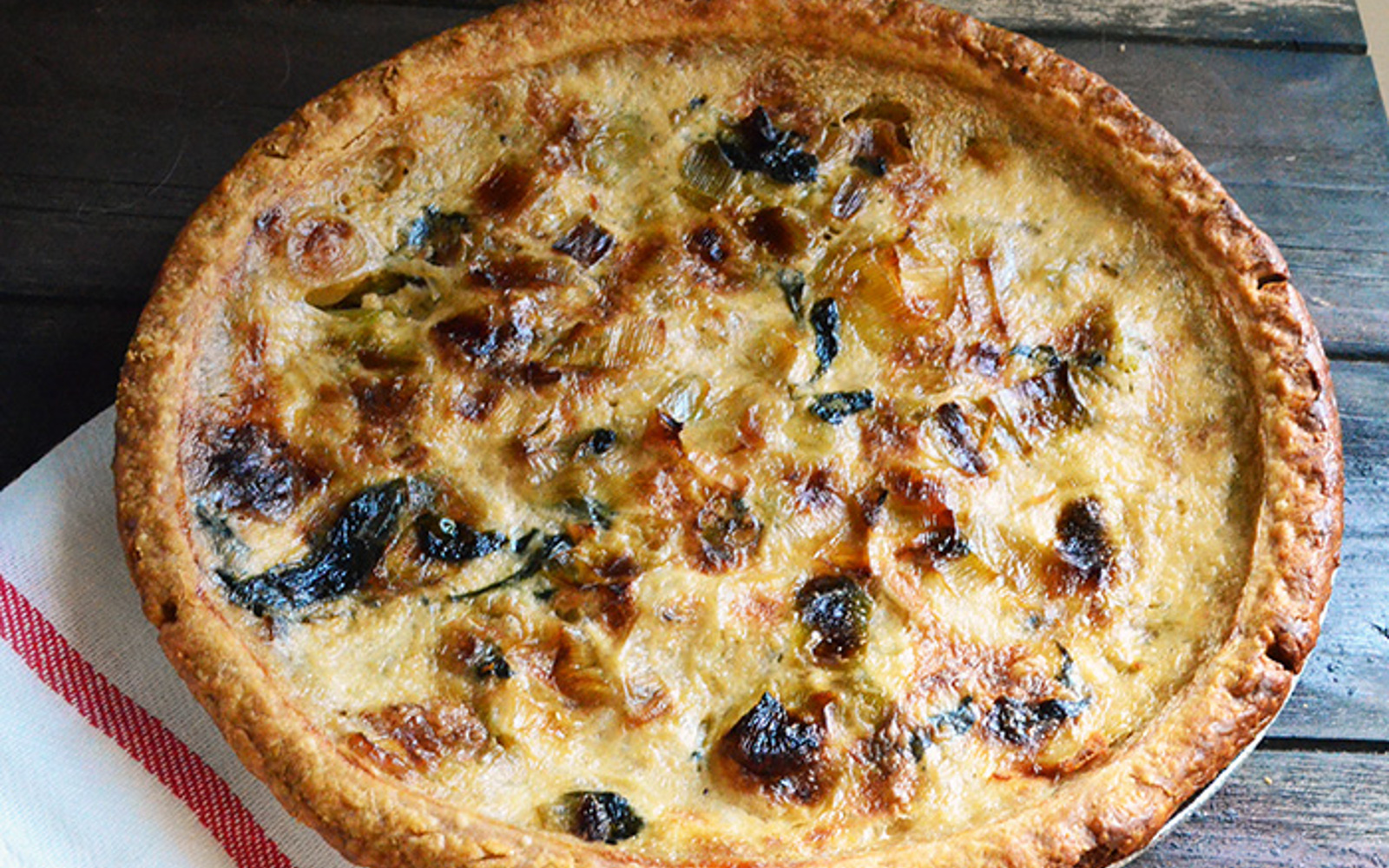 Julia was a big fan of quiches, considering them to be practically foolproof — and we think that vegan quiches are no different. We recommend this Tempeh Bacon and Leek Quiche by Alex Edmonson, an all-vegan version of her famous bacon and leek quiche made from silken tofu blended with full-fat coconut milk, tempeh bacon, leeks, spinach, and garlic poured over a dairy-free pie crust. Or, you can do things Julia-style and just wing it — read How to Make Eggless Omelets, Frittatas, Quiches, and Crepes and then try your hand at intuitive cooking by combining your favorite flavors. 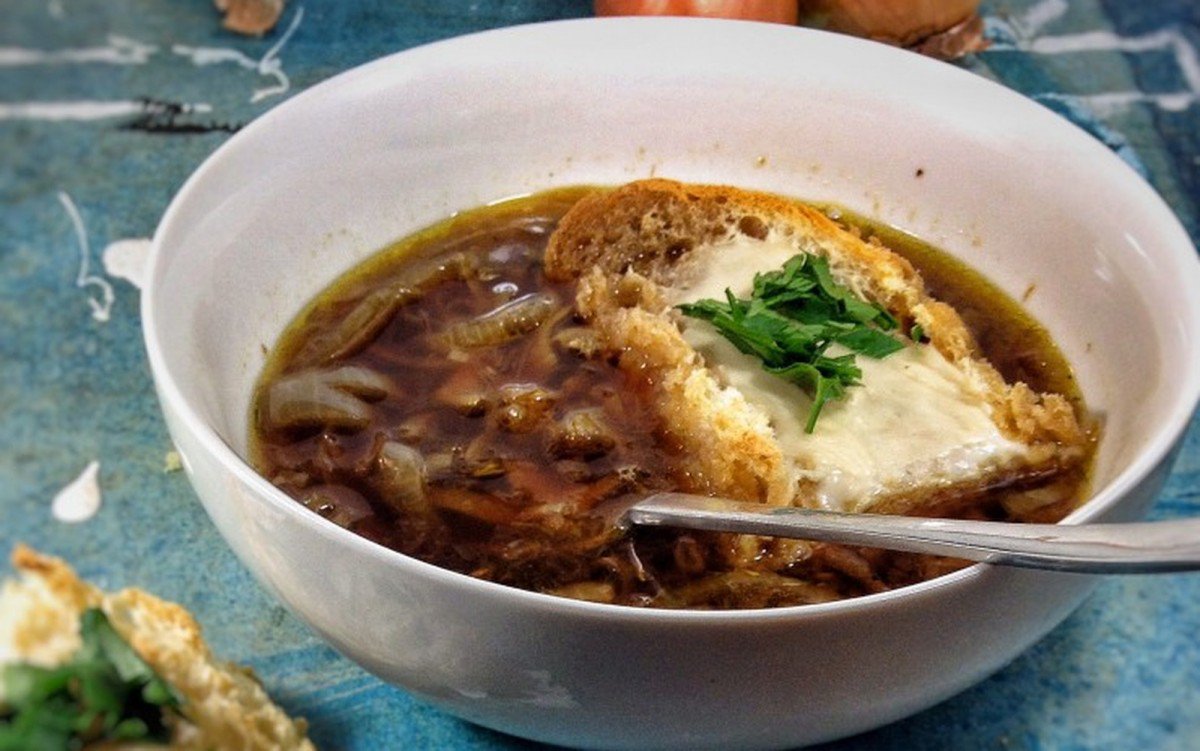 A true exercise in the love of cooking, Julia’s recipe for French onion soup takes longer than a typical recipe due to the extra time spent caramelizing the onions, which gives the dish a depth of flavor like no other. Want to make Julia’s recipe, cheesy goodness and all, without the dairy? This recipe for French Onion Soup by Kyra Howearth follows Julia’s method of caramelizing the onions over a period of 20 minutes before adding all other ingredients. Then, it’s topped with crispy toasts that have been smothered in melty cashew cheese. 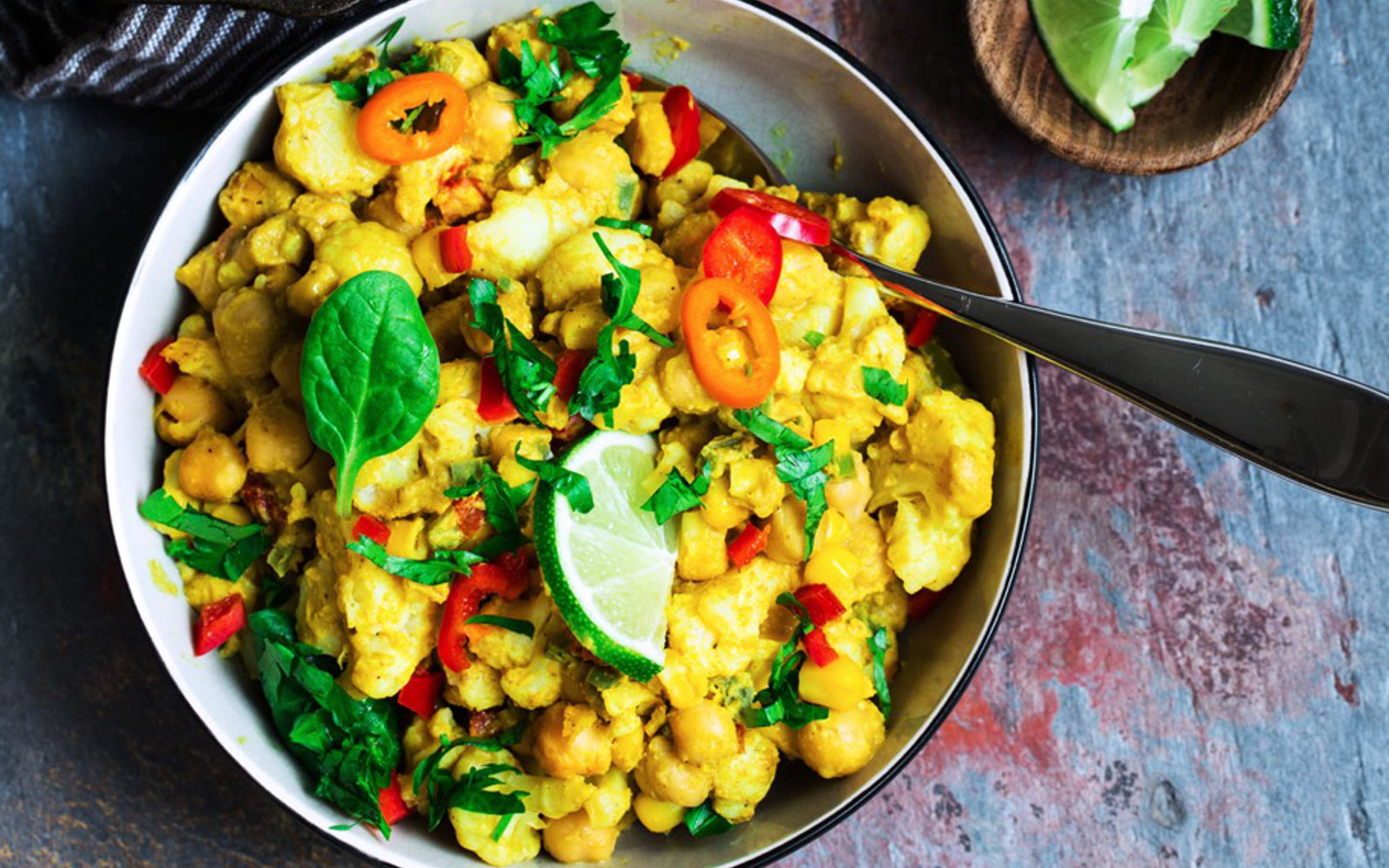 Julia’s recipe for cauliflower au gratin, an indulgent side of steamed cauliflower bathed in bechamel, then smothered with shredded gruyere and bread crumbs, first appeared in the cookbook Julia and Jacques Cooking at Home. This dairy-free version of Cauliflower au Gratin by Maya Sozer is just as comforting, but more filling, thanks to the addition of protein and fiber-rich chickpeas. Instead of bechamel and gruyere, the dish is covered with a creamy, cheesy sauce made from cooked butternut squash and cashews blended together. Although, if you’d like, you can top it with this dairy-free gruyere or a melty vegan cheese, like this cashew-based mozzarella. 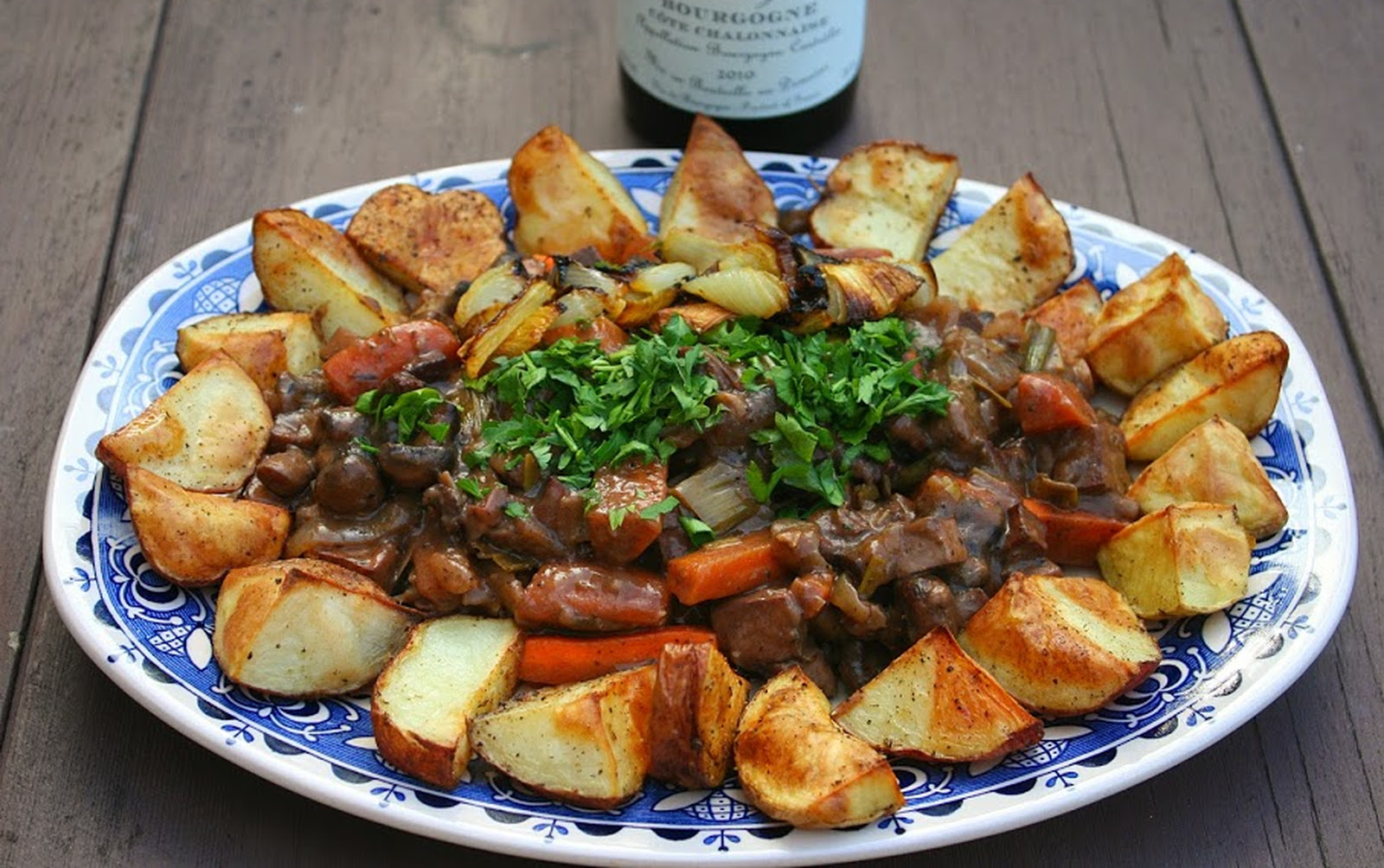 A staple from Mastering the Art of French Cooking, Julia Child’s boeuf bourguignon may be the standard by which all other boeuf bourguignon are measured. Thankfully, even the meatiest of recipes can be replicated using mushrooms, which, when cooked just right, have the same je ne sai quois, umami-rich flavor as meat. This meat-free Boeuf Bourguignon Végétalien by blogger Renee McKenzie stands up to the flavors of the original, combining browned smoked tofu and mushrooms with caramelized onions and a mirepoix that are simmered in an herbal broth, then baked until coated in a rich gravy.

Julia’s recipe for the classic French dish, coq au vin, is far from authentic, yet her simplified method of cooking is one of the reasons why her recipe is, to this day, still imitated. In Julia’s version, chicken is braised in a red wine sauce with mushrooms, bacon, onions, and garlic. This meat-free version by Pallavi Gupta lets potatoes and mushrooms stand in for meat, yet it is just as satisfying. Smoked paprika stands in for the flavor of bacon here, but if you’re so inclined, you can add Tempeh Bacon or these TVP Bacon Bits.

Don’t be afraid to add your own little spin to any of the recipes above. After all, Julia herself would likely approve of adding your own spin on recipes. She believed that first and foremost, cooking should be an enjoyable, accessible experience. So, in honor of Julia’s memory, try one of these French recipes today — and remember, have fun!

Looking for more French recipes? We highly recommend checking out Food Monster app, a food app available for both Android and iPhone. The app has over 8,000+ vegan recipes with 10+ recipes added daily Give it a try — and don’t forget to follow us on Facebook and Instagram!