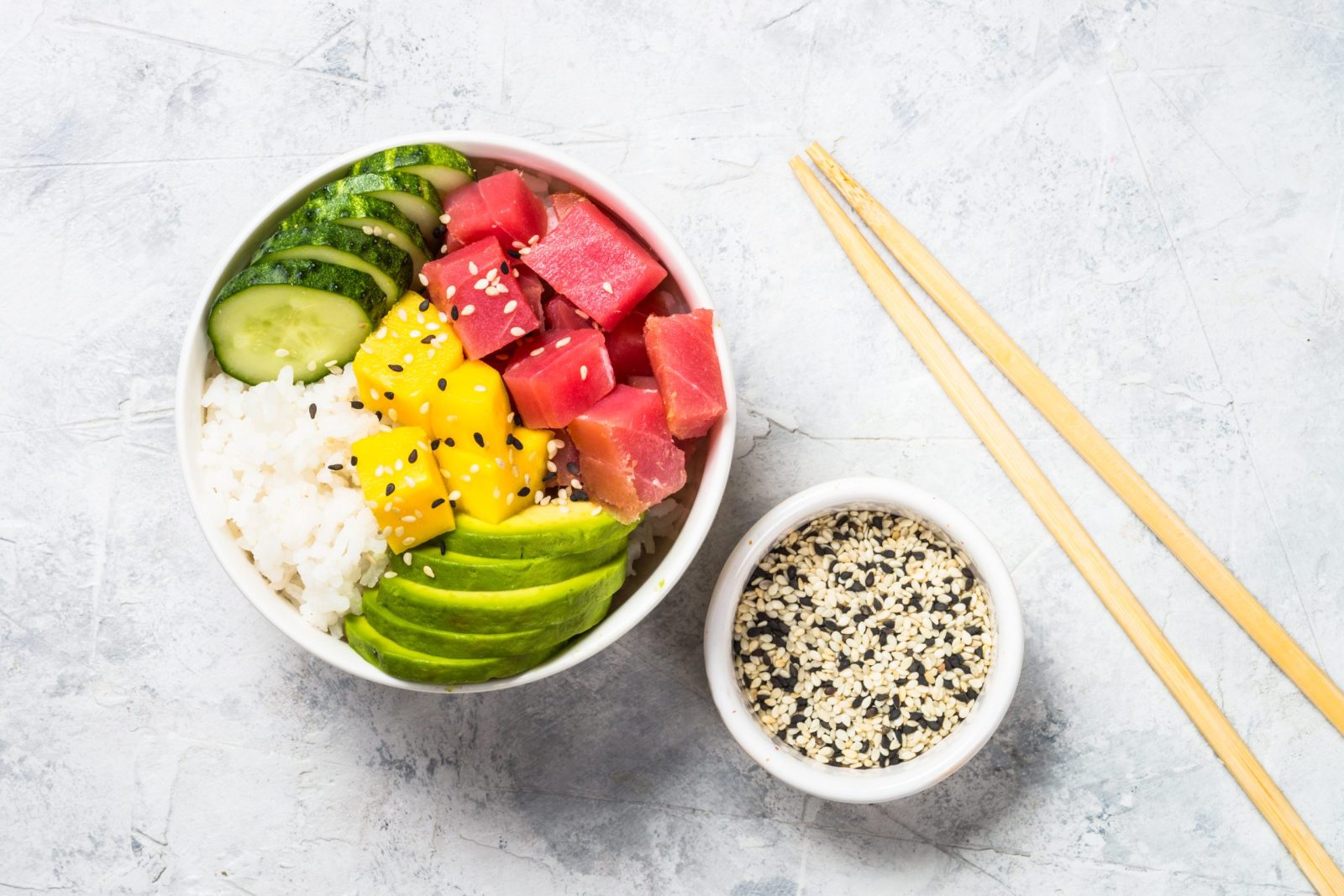 Finless Foods, a plant-based alternative seafood company, has launched a vegan pokè-style tuna. It is available across the United States nationwide to purchase through Gordon Food Service, and later this month the company will attend and give samples of the new pokè tuna at the National Restaurant Association (NRA) show in Chicago.

Finless Food’s plant-based tuna is made with zero animal products, does not harm oceans, and kills no animals in the process! Finless was founded with a mission to “create a future for seafood where the oceans thrive.” The company’s plant-based tuna tastes, looks, and can be prepared and eaten exactly like wild tuna.

More than 32 million tons of fish are caught every year, which is more than the entire 320 million people U.S. population weighs. A study published in Nature Communications reported that 200 countries are severely threatening fish populations.

The company’s tuna has a straightforward ingredient list and is made with just nine plant-based elements. It is low in fat and sodium and is a great source of omega-3 fatty acids.

In March, the company announced the first cell-based bluefin tuna to the market and is recognized as one of the first companies to focus on producing cell-cultured fish.

“The newest revolution in the plant-based market is here and it’s pokè-style plant-based tuna by Finless Foods,” said co-founder and CEO Michael Selden. “We know through previous experience, the best way to introduce Finless to the market is by letting the greatness of our product and mission speak for itself. So come on by and visit our booth – we are looking forward to meeting and developing new relationships.”

Research has shown that climate change and overfishing lead to an increased level of mercury in fish. 82 percent of mercury is consumed from fish, and 40 percent is from canned tuna. Climate change increases mercury by amplifying it to the top of food chains. Even aside from mercury, the way we are currently fishing is unsustainable and damaging our ecosystem. Overfishing happens every day and changes all factors in the fragile ocean ecosystem.

There are plant-based options available now more than ever! Now is the perfect time to make the change to a healthy and eco-friendly plant-based lifestyle.

Check out these vegan tuna recipes you can make at home!