Exploring the Outer Limits of the Sweet Potato: Beyond Baking and More 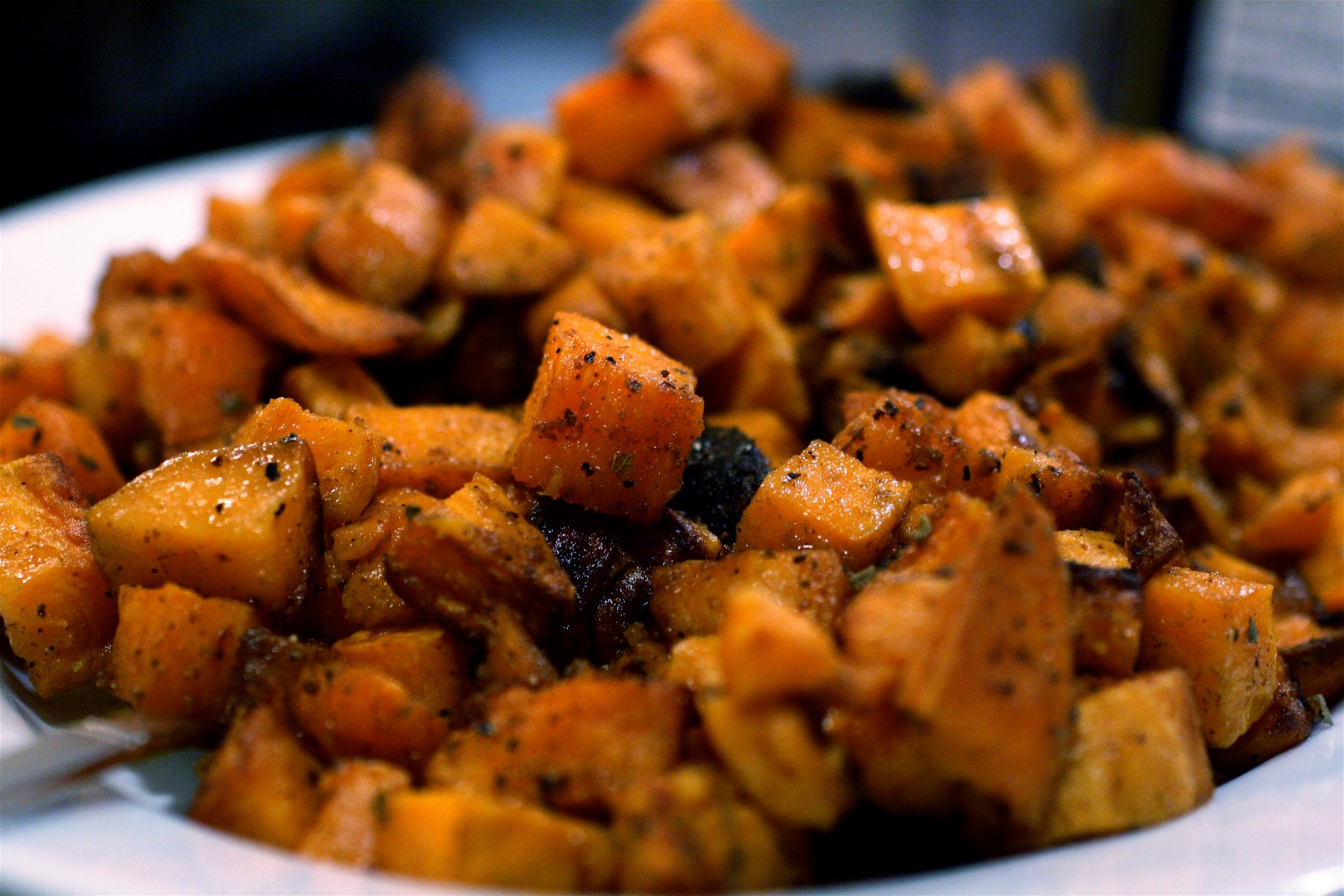 Why, oh why, have we all ignored the sweet potato the way we have. It wasn’t until the last decade that sweet potato fries even become a thing. And, it wasn’t until after that that the baked sweet potato gained any validity, let alone availability, as a viable side dish or even an entire meal. It’s a travesty for the taste buds and a healthy (inexpensive) vegetable that everyone can add to their diet.

Sweet potatoes have more valuable nutritive qualities than their more oft consumed (and, actually, quite distant) cousin, white potatoes. That includes the antioxidants known as carotenoids, similar to those found in carrots, as well as more fiber and less calories. 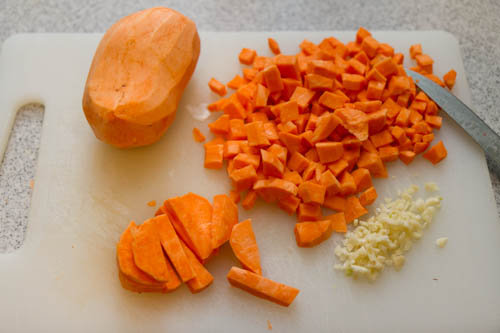 Sweet potatoes are also full of flavor, with the versatility to be a dessert (we’ll get to that) and the satiaty powers to fill a hungry belly. They are sweet and creamy, and despite those marshmallow-topped sickly casserole versions we all grew up with at Thanksgiving (Boy, were they good!), sweet potatoes can also rock it savory style without issue.

Well, then, that’s enough of the counting, isn’t it? Let’s just take what we’ve learned and find a way to put a little more sweet potato in our lives. Shall we? 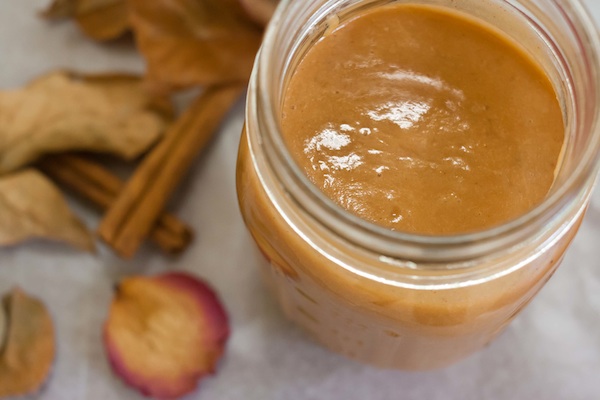 Don’t we all want a healthy snack? Sure, we do. Those potato chips are delicious, granted, but if we had some version not dissimilar, something exquisitely munchable yet more nutritious and less ridiculously coated in trans fats, preservative chemicals and lackluster calories. It’s really easy to throw some sliced sweet potatoes in the dehydrator, or if need be, bake them in the oven, and then you’ve got some healthy, homemade sweet potato chips.

Want to do it even healthier? Jump on the smoothie bandwagon. Sweet potatoes can help to make a super thick, wickedly delicious smoothie that has all the delectable wonderfulness of dessert and a hunk of energy, vitamins and minerals that’ll push us through. It sounds weird, but then again, for many of us and not so long ago, so did the thought of a sweet potato. 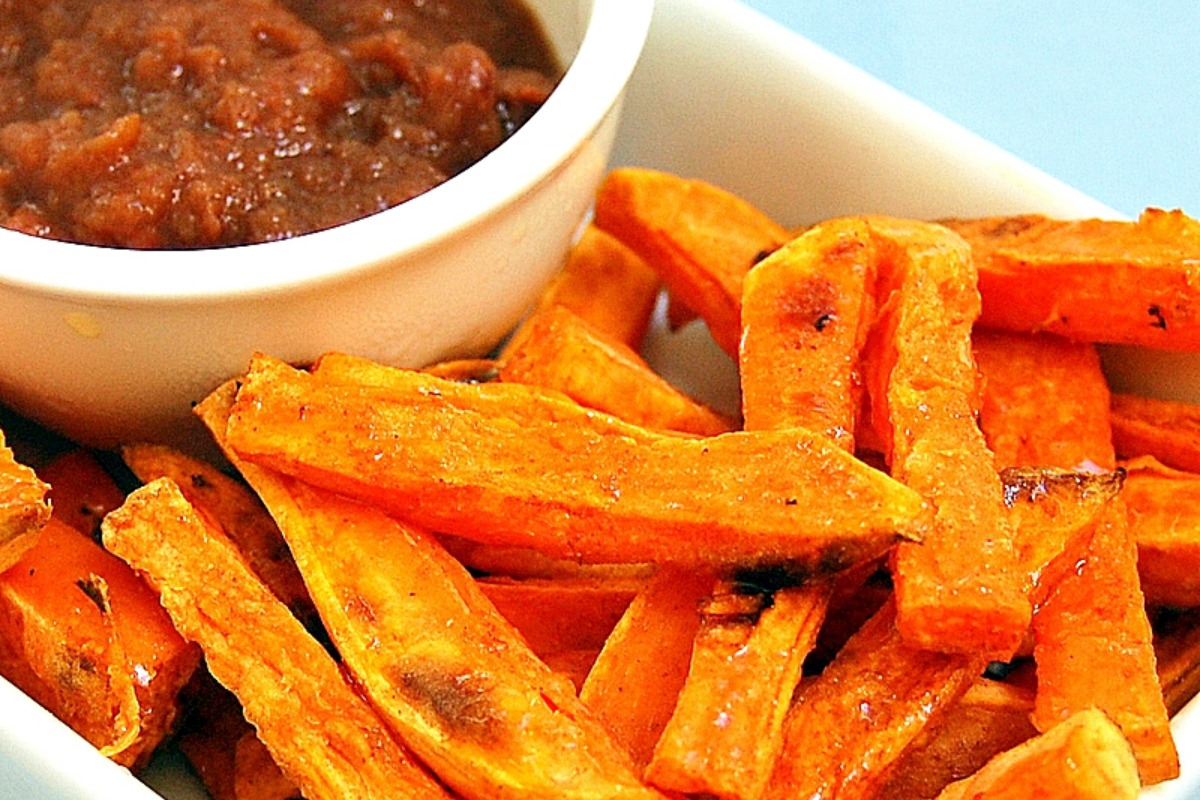 Who doesn’t love a good side dish? Well, let’s just get out of the same old ruts and instead dive into a whole new groove with sweet potatoes. Options don’t have to just be just sweet potato fries and baked sweet potatoes, you know. No, no! You can mash them and roast them. Dice and spice them Indian-style, or fusion-blend them into a new age hummus. 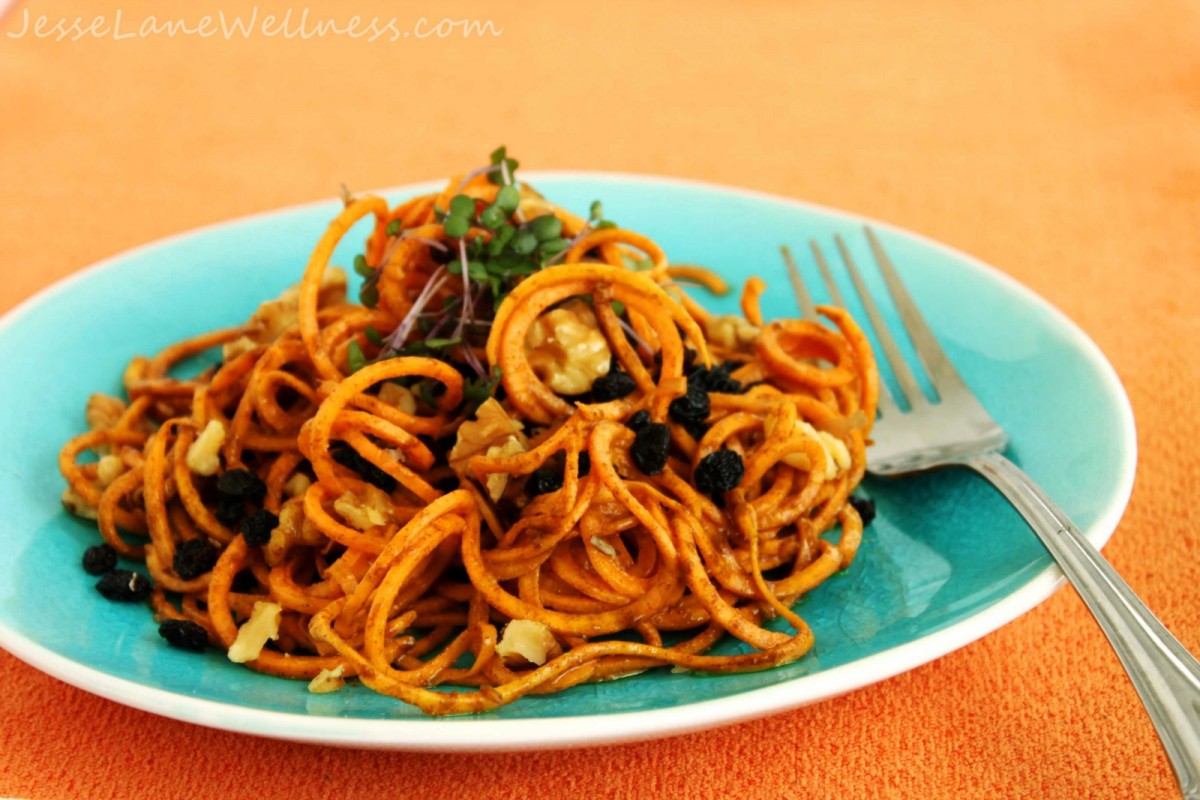 They also like to be tossed in salads, such as this raw spin on sweet potatoes or this completely funky Asian-inspired noodle-y cole slaw. Or why not try to recreate and veganize those casseroles of Thanksgiving lore or something new, say along the lines of a pesto-broccoli-sweet potato sort? You could stack them and layer them for something quite fancy, or bake and stuff them for any old Nancy. (Okay! Too far now! Too Cat in the Hat! Let’s move on.) 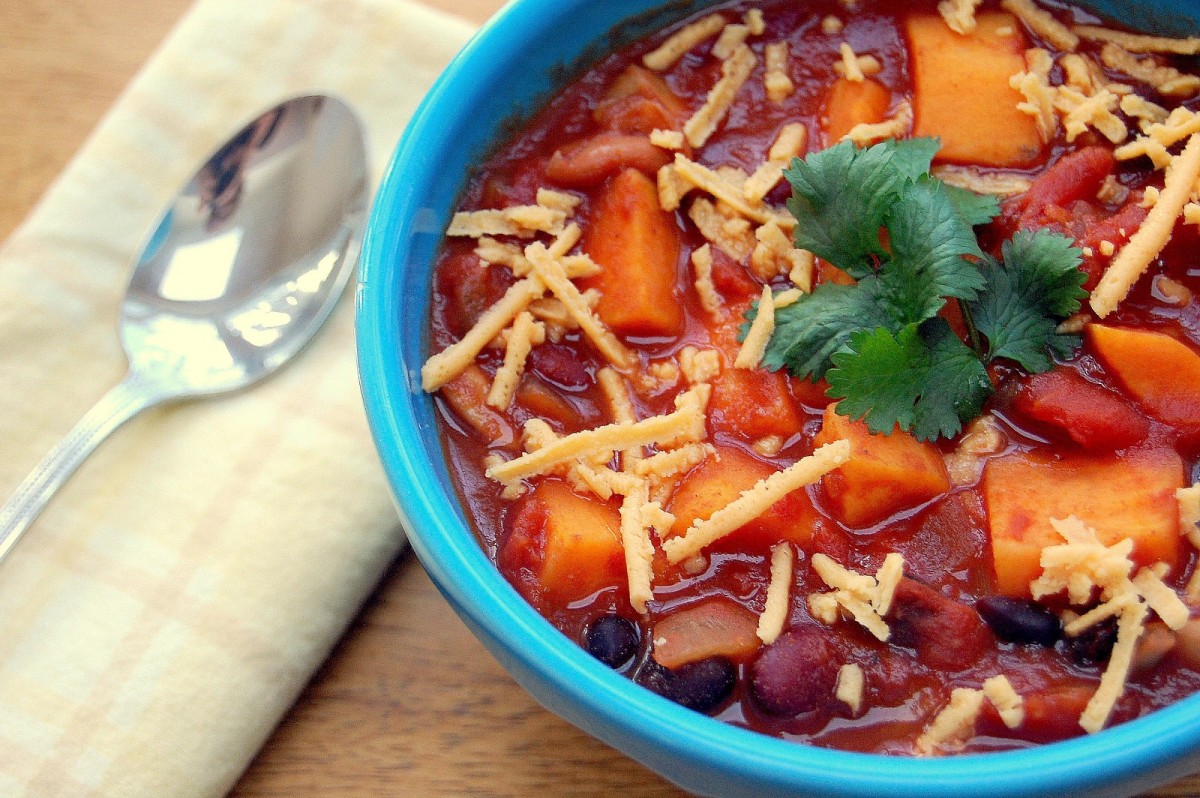 Need something filling? We all like a full belly at night and sweet potatoes are a great vehicle for getting stuffed the good way! Start with a “starter” of sorts and go the soup route. Sweet potatoes make for fantastic soups, from the hearty Three Bean and Sweet Potato Chili to the Autumn-esqe Sweet Potato Pumpkin Soup to the Sweet Potato, Carrot and Leek combo. One of these and a crust of bread is probably enough, but if you are looking for more, I’ve got you covered. 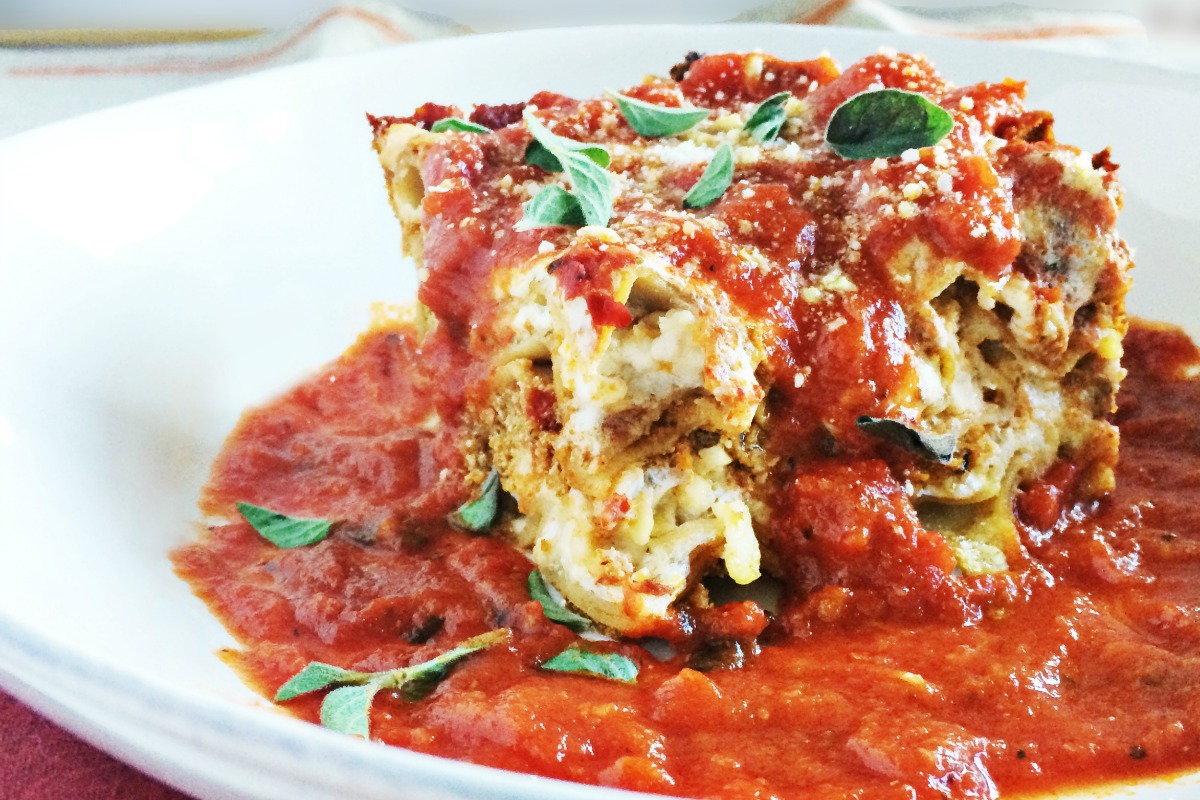 Sweet potatoes also work very well as burgers or patties. They’ve been known to cameo on pizzas (really, surprisingly nice) or vegetable lasagna. They can be stuffed into pastry or grilled into sandwiches. Or, a little breakfast dinner is always nice, as are sweet potato waffles and sweet potato pancakes. Throw it in a stew or two, anywhere you might have thought potato and then thought better. Sweet potatoes are willing to work it. 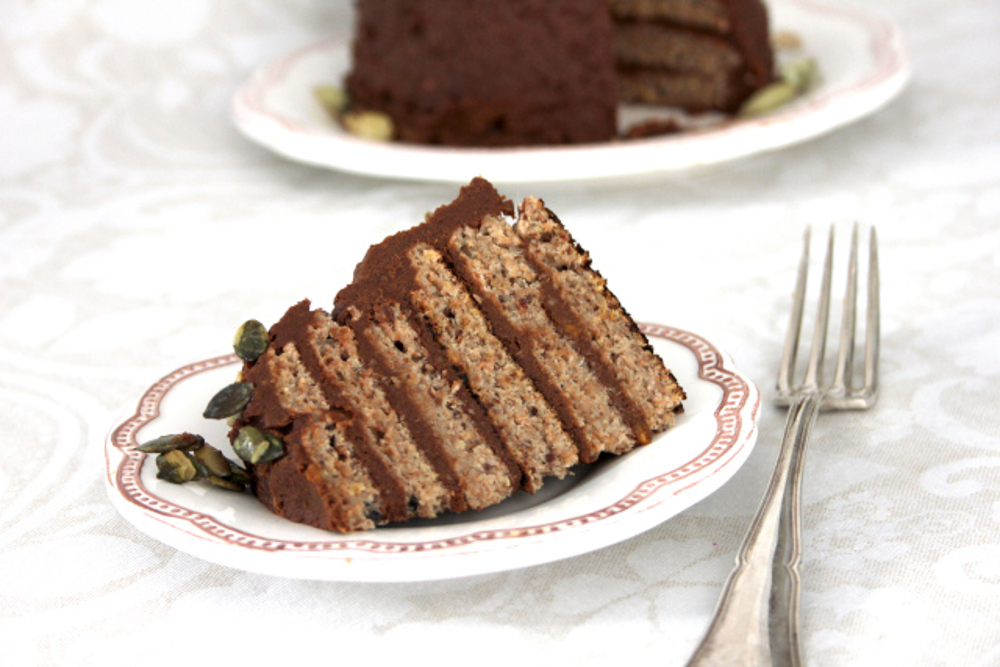 As promised, there is always a little room for dessert, and sweet potato pie is the obvious choice here. Undoubtedly, there is no going wrong with that one. However, keep in mind that other options abound. How about tucked into some mint carob brownies? How about sweet potato frosting on a pancake cake, whatever that is? Or as a cake, mousse, or ice cream? There is even guilt-free (and nearly fat-free) vegan chocolate pudding, as well as other chocolate-y version to choose from.

You see, sweet potatoes are just a beautiful thing, and time of day and in so many ways.