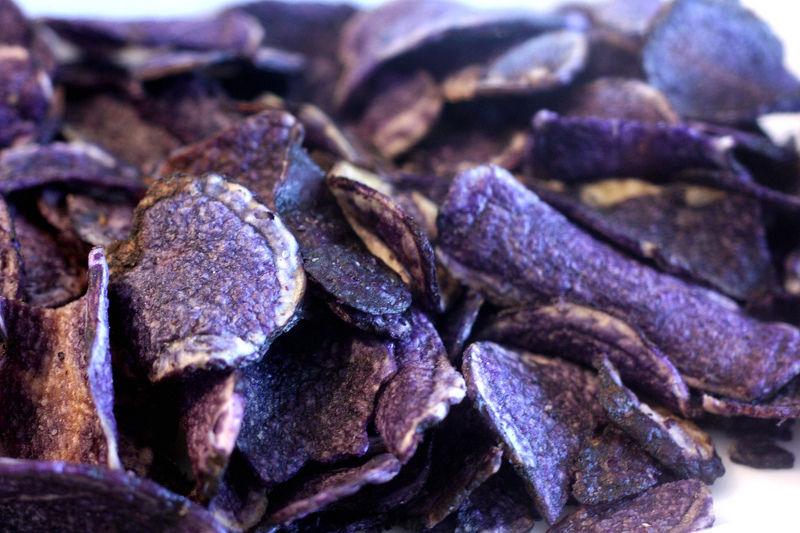 Whether picking something up for a party or sitting down to watch your favorite show with a snack, potato chips are a popular choice — in fact, Americans buy millions of dollars worth of the crunchy snack each year.

But although potatoes by themselves can be good for you, when they’re fried or baked or cooked anyway with unhealthy oils and high heat, they increase your risk of getting cancer and cause you to easily pack on some extra pounds.

A few potato chips every now and then is probably OK, especially if you make an effort to choose healthier varieties, but you should also try some alternatives. Whenever possible, you should get creative in the kitchen and make your own chips and chip-alternative creations.

Potatoes can be healthy — they are high in antioxidants, potassium, and contain other nutrients, especially certain varieties — but our faved ways of cooking them creates problems.

And potatoes aren’t really all that healthy. A Harvard blog post goes as far as saying potatoes should be considered a starch instead of a vegetable because of its high carb count. Potatoes increase blood sugar levels, and even though this can be reduced by eating them along with foods that contain protein, they still probably aren’t the best option for daily consumption. In the long term, excess carb intake likely increases your risk of heart disease.

Harvard’s Healthy Eating Pyramid even goes as far as removing potatoes from the fruits and veggies category and adding them to the “use sparingly” category.

Four reasons why potato chips are bad for you:

Potato chips are usually high in fat and salt, and they also contain sugar. Our bodies and brains are rewarded particularly for consuming fat, salt, and sugar (PDF) — something snack companies take advantage of.

Read more from Michael Moss, the author of Salt Sugar Fat: How the Food Giants Hooked Us.

When it comes to potato chips, making your own is most likely healthier. One tip for creating potato chips with less acrylamide is to soak raw potatoes in water for 15 to 20 minutes prior to roasting.

Sometimes you simply want something that is crunchy and tasty that you don’t have to create yourself. When deciding what brands to choose, you might want to check out a review of 40 top brands by HealthCastle.com, a site run by dieticians. You can compare chips for fat, sodium, fiber, and sugar content.

Another thing you should do is read the ingredient list before choosing a product. Look for options with real food ingredients, without artificial additives and preservatives. And remember: Potato chips — even the baked ones — aren’t truly healthy, so don’t munch on too many or crunch on them too often.

Here are a few products to try: 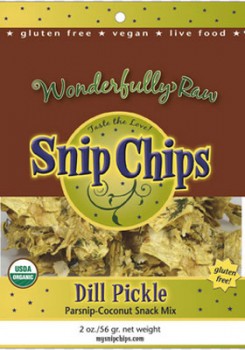 1. Snip Chips Made by Wonderfully Raw

Snip Chips are made with parsnips instead of potatoes. They are raw, vegan, organic certified (by the ASCO,) certified non-GMO, and gluten-free. Parsnips are healthy but so too is the added coconut. They come in Cheezy Herb Truffle (made with nutritional yeast,) Chipotle Lime Cilantro, and Dill Pickle.