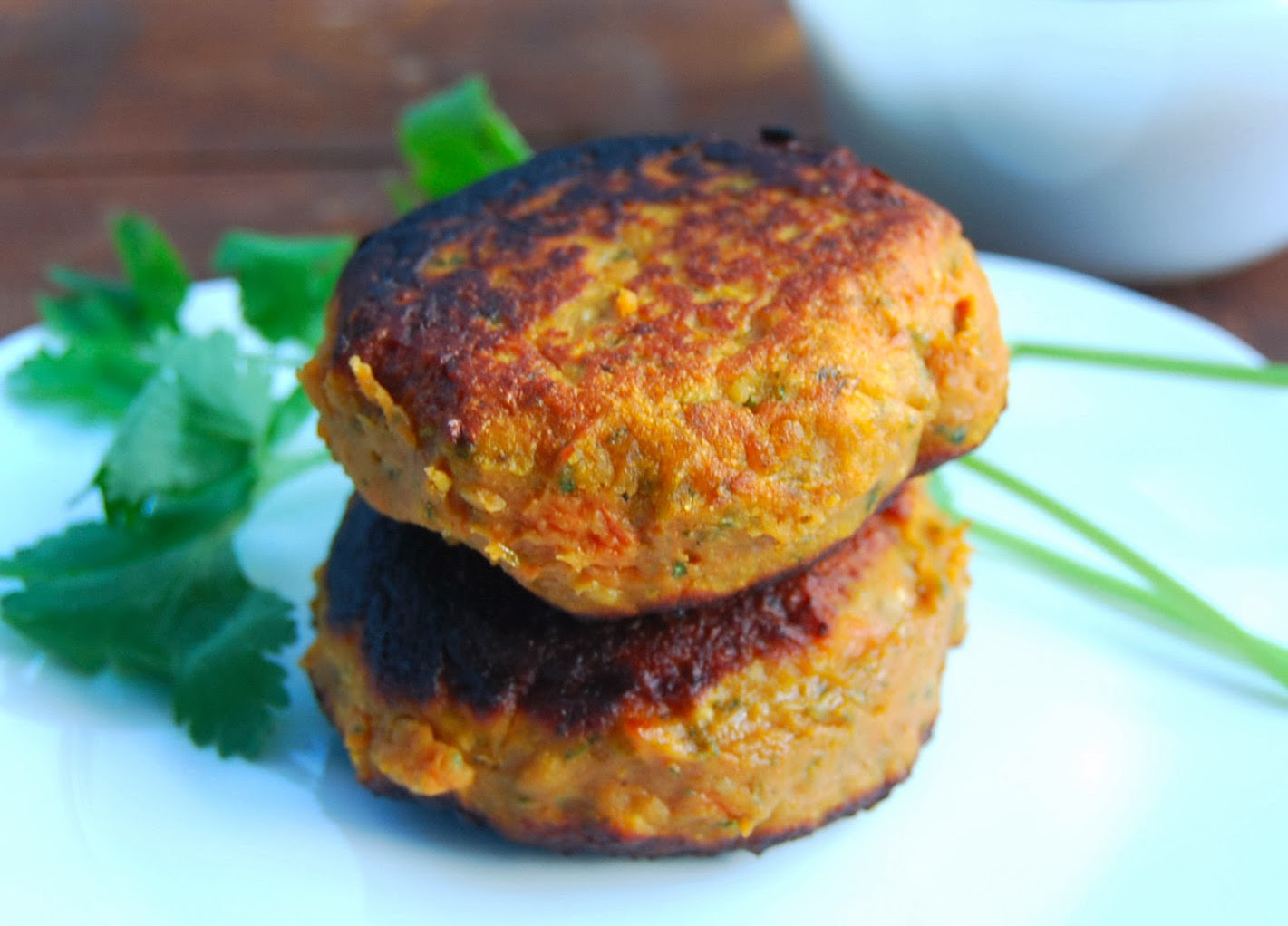 This recipe for kale patties uses sweet potatoes instead of potatoes because the former is less starchy and far more nutritious. Top them with the hot and sour chickpea sauce for added flavor. It is the perfect accompaniment to the sweetness of the potatoes and bitterness of the kale. These kale patties are terrifically healthy, as they have tons of protein, fiber, and Vitamins A and C! Meal prep them early on in the week for an easy, yet filling meal! You can serve them on a bun, salads, or with some grilled veggies!

Vaishali Honawar is a former journalist and the blogger behind Holy Cow! Vegan where she veganizes popular Indian recipes and dishes up food for thought. Vaishali was born in India and now lives in the Washington, D.C. area with her husband, two dogs, and two cats. She is a foster volunteer for the city’s animal shelter and she must be doing something right because one of her foster dogs, Freddie, adopted her for a good six years.