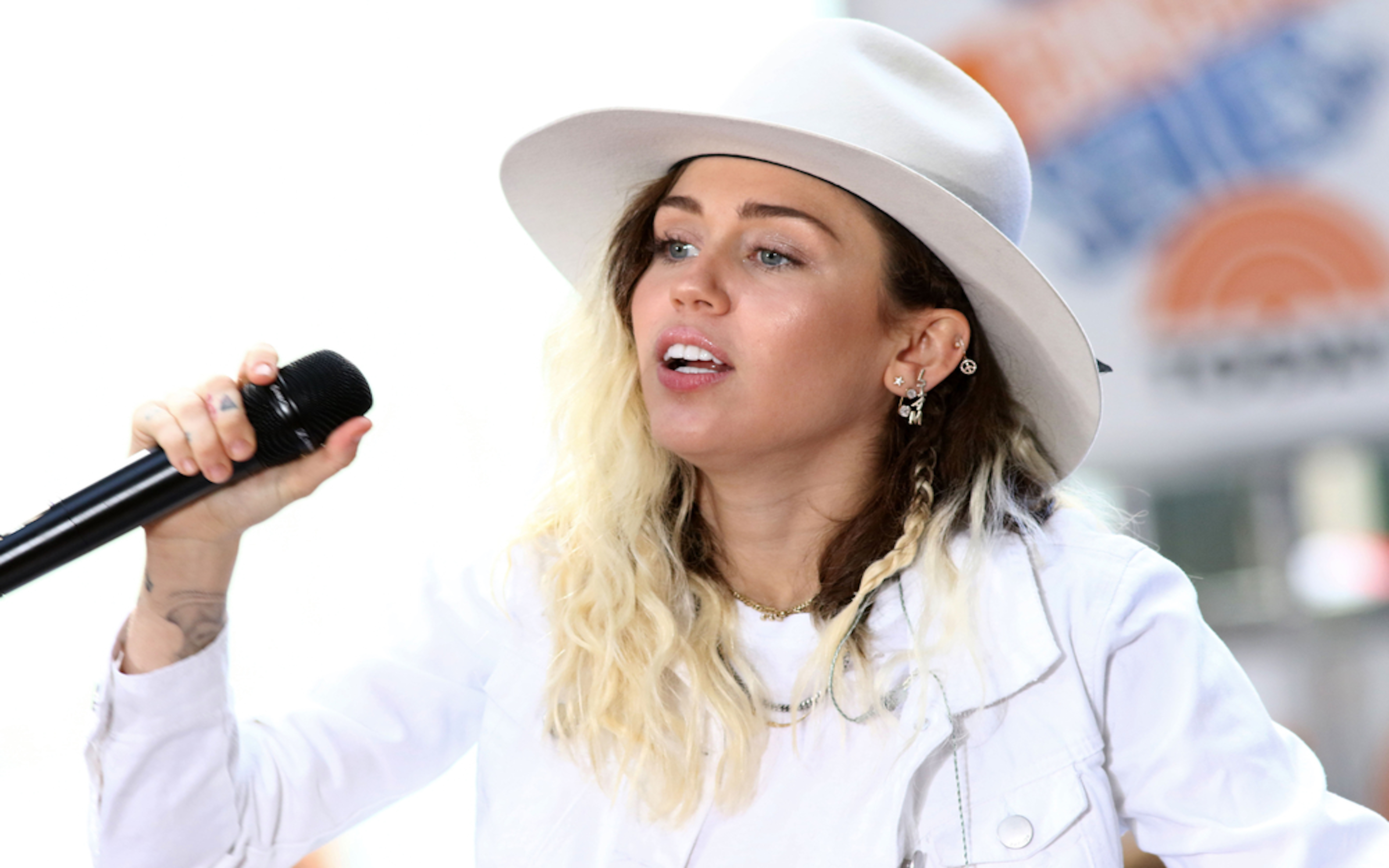 Miley Cyrus might not take herself too seriously, but she takes her health, vegan food, and the environment very, very seriously. The singer told Billboard Magazine that she was done smoking and drinking earlier this year, and had started to practice daily Ashtanga yoga and veganism.

According to Popsugar, the superstar singer, daughter, girlfriend, and actress is a vegan for both ethical and health reasons. When she’s not on stage putting entertaining the masses with her piercing, classic voice, she’s standing up proudly and loudly for what she believes in.

So, what does the young beauty like to eat? 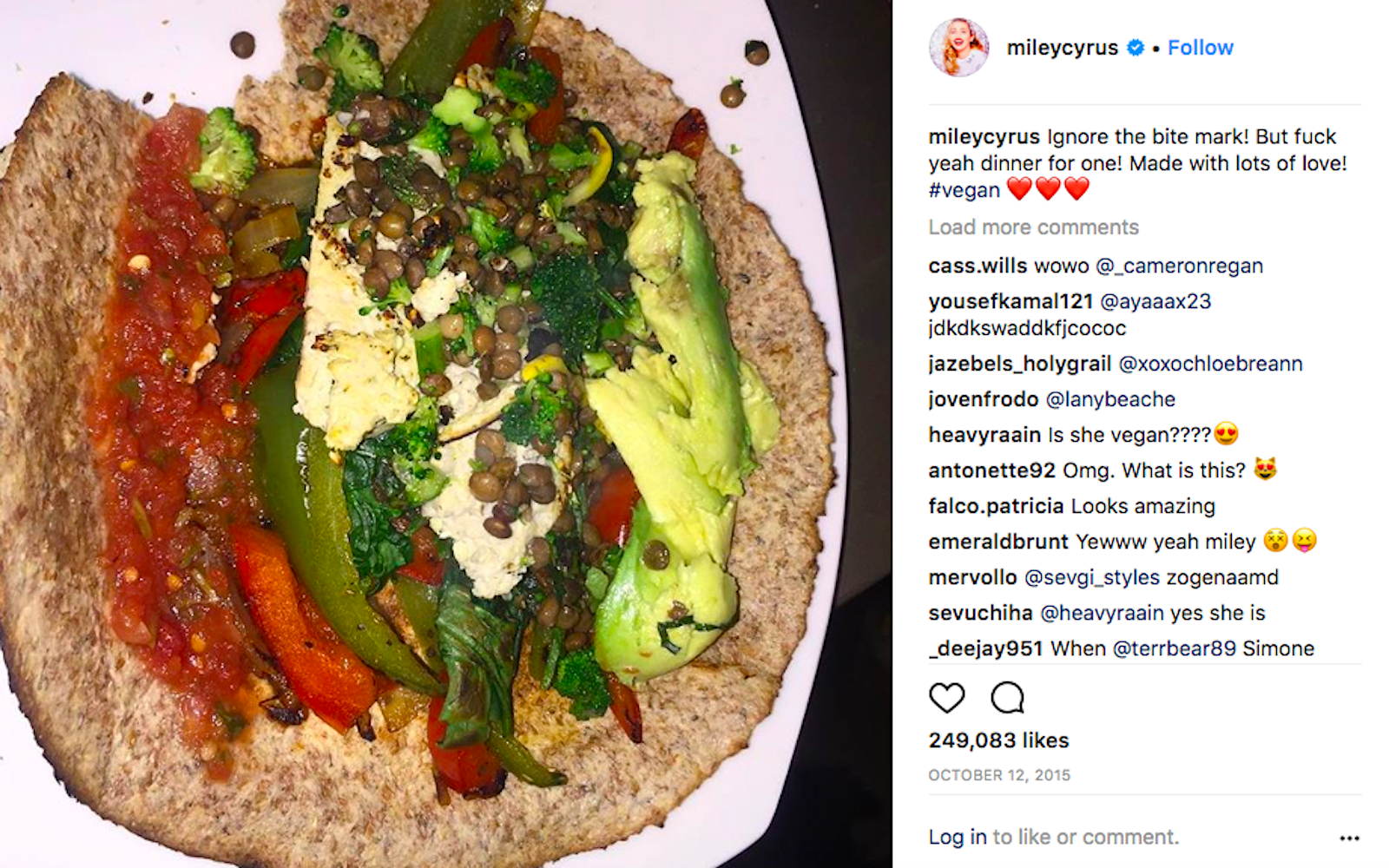 If you’re curious, her Instagram tells all. From green smoothies to sauteed vegetable fry-ups, to gluten-free goodies, Miley posts about it all. She’s been open about her gluten intolerance through tweets like: “It’s not about weight it’s about health. Gluten is crapppp anyway!” She’s even posted a photo of edible flowers in a light spinach salad bowl, which we know is currently trending. She’s also shown her lunch, which was a pita wrap filled to the brim with grilled vegetables, sauces and lentils.

These are staple, everyday vegan options that everyone can enjoy and remix with a variety of ingredients. If you want to eat lunch like Miley, try our Protein Rich Green Smoothie and this Superfood Green Smoothie. You can also Make Your Food Look Super Pretty With This Edible Flower Guide. And if you want to try a pita wrap, go for this delicious Seitan Pita Pockets With Vegan Tzatziki Sauce.

What does she eat for dinner? 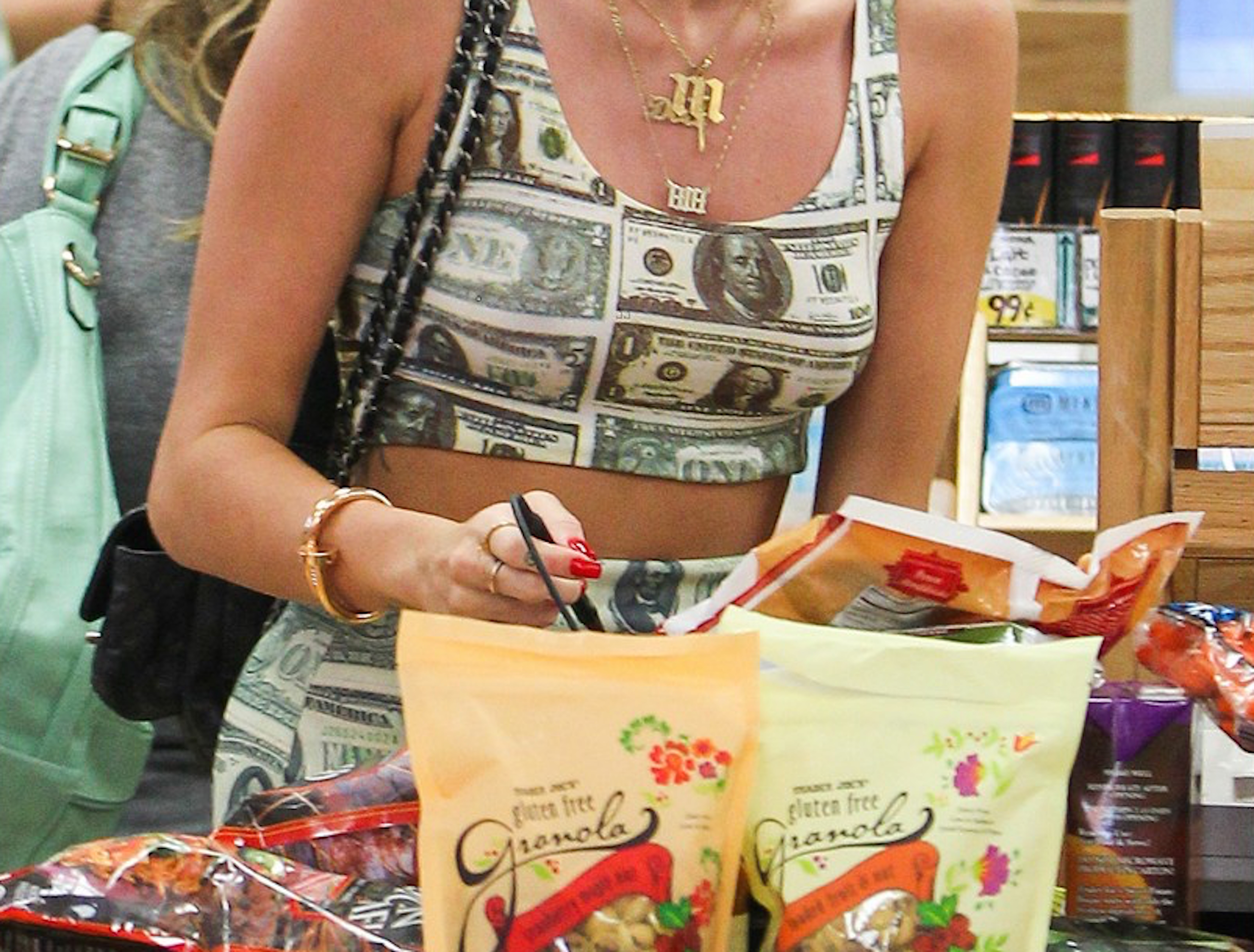 Thank the universe for social media, because without it we would’ve never seen Miley in a money-printed two piece set shopping for granola, or her and her fiance Liam Hemsworth enjoying a spaghetti dinner. Yes! You can have spaghetti without the meat sauce, and yes! It tastes just as good without it.

Did you know that she convinced her boyfriend to go vegan with her? Now, that’s modern romance. He told E! Online, “My own health, and after all the information I gathered about the mistreatment of animals, I couldn’t continue to eat meat. The more I was aware of, the harder and harder it was to do.”

She also enjoys the occasional avocado sushi roll, which is a quick and easy vegan option.

We have a few Miley-inspired meals for you right here! Try our Raw Zucchini Marinara Pasta or Spaghetti Bolognese for a similar dinner option. If you’re craving an avocado roll, try this Veggie Dragon Roll or this Kimchi Cucumber and Avocado Sushi! As for granola, this DIY Granola should definitely do.

It appears that the vegan lifestyle continues to trend amongst celebrities and young adults. The study, Vegetarianism in America, reported that 7.3 million adults follow a vegetarian-based diet. The study also found that 42 percent of those choosing a healthier lifestyle are between the ages of 18-34 years old. We hope that more and more young adults embrace the trend, and turn it into a lifestyle like Miley Cyrus did.

“The reason that I started this was because I had a fish that was highly intelligent. He really knew who I was, he really got excited when I was home. One day I went to a sushi restaurant with a few of my friends and they were serving blowfish. And I thought, this is an intelligent animal, “Miley said. She’s declared herself vegan for life.

If you enjoy recipes like this, we highly recommend downloading the Food Monster App, it’s available for both Android and iPhone and has free and paid versions. The app is loaded with thousands of allergy-friendly & vegan recipes/cooking tips, has hundreds of search filters and features like bookmarking, meal plans and more!