Buyer Beware! These Whole Foods Might Be Genetically Modified 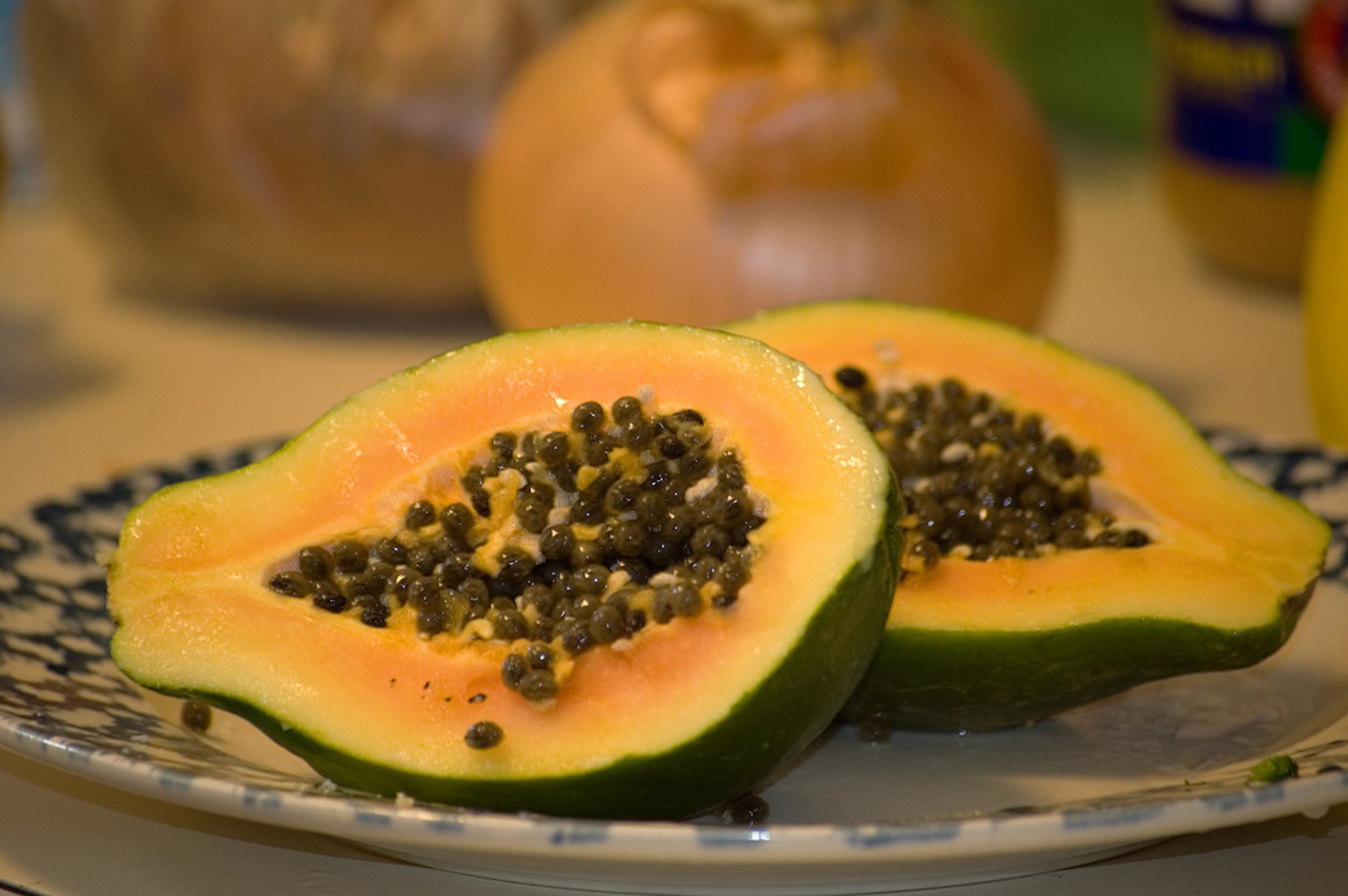 Aside from certain politicians and the good folks at Monsanto, there seem to be very few people that are stoked over the idea of genetically modifying our food, feeding it to our families, and just waiting to see what happens. In fact, a large percent of people I know feel fairly comfortable in declaring that genetically modified foods have already proven to bring about health problems and other issues. Even so, GMOs have weaseled their way into something like 70-80 percent of the foods on supermarket shelves. It’s well documented now that this is a result of the rampant use of corn and soy products and byproducts in nearly all processed foods, but they aren’t the only culprits.

The movement towards “clean food”, that’s whole foods with no or minimal processing, has been one way people have used to avoid GMOs, as well as unhealthy spoils of convenience such as obscene amounts of sugar and chemical additives. However, whole food is not necessarily the end of the battle. Corn and soy are the GMO kingpins, of course, but there are other whole foods that are often genetically modified. Luckily, once processed foods are out, the list is shorter than you’d expect. That said, be sure to purchase these items with caution. Look for organic and non-GMO labels. 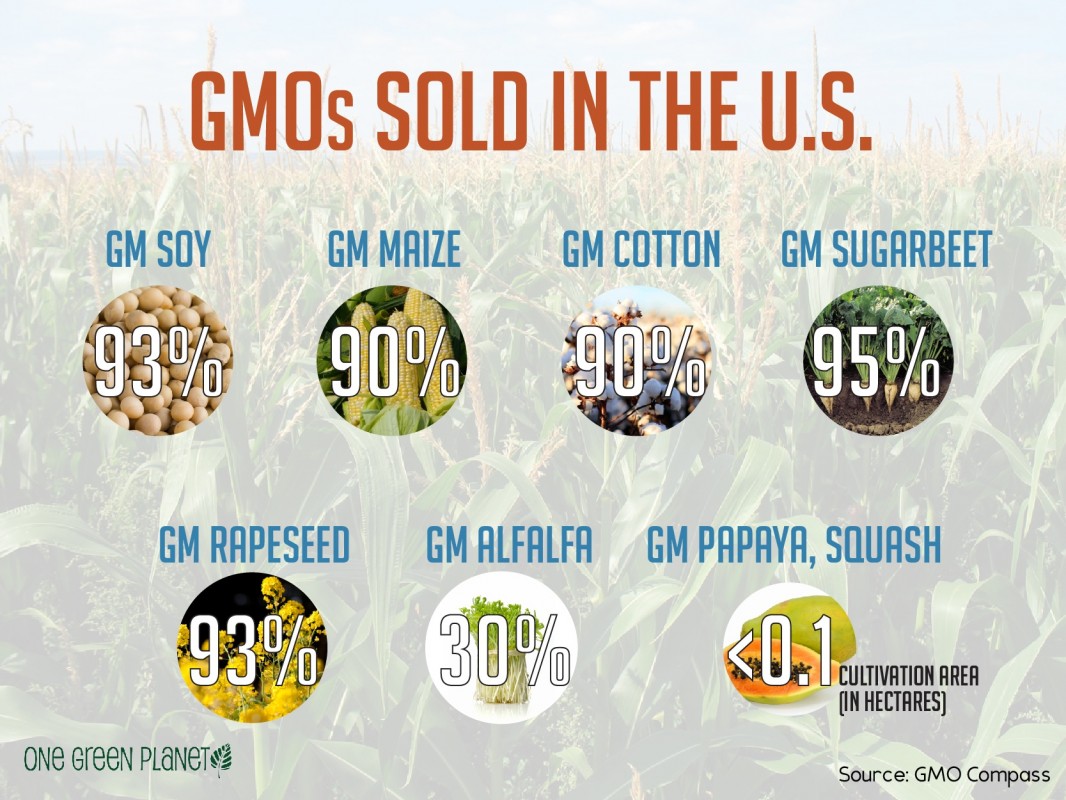 This one doesn’t take much deciphering. Corn products like high fructose corn syrup and animal feed have all but infested nearly every meal the average eater consumes. However, it’s easy to forget, when that seemingly wholesome ear of corn is there, that even sweet corn has fallen victim to the GMO producers. Only buy registered non-GMO corn or corn grown with trustworthy organic practices.

This poor little bean has had its reputation sullied by the food conglomerates. Once the wisest choice of protein in the plant-based world, now soy is more known for being a rainforest destroying, nature-bending health risk. Now, anything to do with soy, even the beans themselves, must be considered carefully when avoiding GMOs. Check the label twice when buying those bags of frozen edamame.

Around 50% of the US’s consumable sugar now comes from sugar beets as opposed to sugar cane, and nearly all sugar beets are grown from genetically modified seeds. Just like corn and soy in whole forms still need to be selected with caution, so do beets. And, believe it or not, beets as a pure vegetable bring a nice bevy of benefits. Luckily, sugar beets are found less on tables than in sweetened products or as “healthier” sugar, but even the table beets are considered a risk now.

Particularly, the offending papayas are the Hawaiian papaya, nearly all of which have come from genetically modified sources. Unfortunately, Hawaii has actually banned GMOs on the islands for all crops other than Hawaiian papayas. Perhaps the best way to get back all-natural papayas is to let them know that’s what we want by not buying the GMO ones. Come on, Hawaii, you’re only one crop away from full kudos.

Yellow squash and zucchini now possibly have come from genetically modified seeds. Over 25,000 acres of farmland have been planted with several varieties engineered to resist a virus. If the past tells us anything, expect this number to grow. So, when making those delicious zucchini pasta dishes, make sure you are getting the good, raw nutrition you are after.

Don’t buy it, or at least not for the all-natural claim. “All natural” foods would seemingly be healthier and closer to whole, clean foods than the normal processed can of soup, but the truth of the matter is that there are no restrictions on applying the all natural label to products. So, the same old GMO sludge fest can exist in these processed foods as others.

All that said, note that those original Flavr Savr tomatoes are long gone now, and no tomatoes are currently genetically modified. Seedless watermelons are actually the result of crossbreeding as opposed to GMO interference. Currently, rice and potatoes can be assumed GMO-free. Even most soy milk and a lot of tofu is GMO-free because companies have refused the genetically modified stuff. So, all in the whole food world is not terrible. In fact, in that respect, we seem to be winning.

Remember that GMO foods can be used to make your favorite packaged, canned, jarred and frozen foods. To avoid GMOs in the grocery store, look to these 10 GMO-Free Cereal Brands, these 10 GMO-Free Savory Vegan Snacks and these 7 GMO-Free Soy Products. Look for items that are verified under the GMO Project.