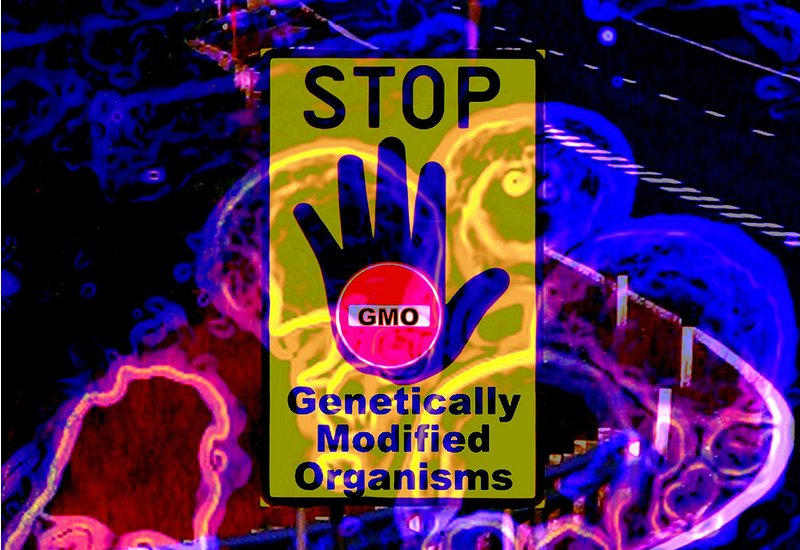 Companies that make genetically modified organisms would like you to think that the process of creating these crops is more like a simple arts and crafts project than a Frankenstein-like science experiment. General perception seems to be that GMOs are made by sniping apart a piece of DNA and gluing in a newly manufactured piece. It is believed that scientists have complete control over where that piece of DNA is going and exactly what effect it will have on the organism. However, the real science behind the creation of these crops is more akin to a guessing game: guessing where that piece of DNA will end up, guessing what changes it will create, and then hoping for a positive outcome.

DNA is the blueprint of life. While every cell in an organism has the same stretch of DNA, only certain genes are turned on in a specific cell. This is referred to as expression of a gene. For example, cells that make up your skin have different genes expressed (turned on) than cells that make up your hair. There are also long stretches of DNA that do not have genes, and have been considered “junk” DNA because they were thought to be useless stretches left over from evolution. However, these regions are now believed to be crucial to determining which genes are turned on and turned off, and mutations in junk regions have been linked to multiple sclerosis, lupus, Crohn’s disease, celiac disease, and even cancer. Why is this important to the safety of GMOs? The process by which genes are inserted into the DNA of a crop is known to be unpredictable and has been shown to cause mutations throughout the crop’s DNA . Therefore, the newly discovered importance of the “junk” regions of DNA suggests that any mutations can lead to problems in the organism, yet the effects of mutations in “junk” regions can be less obvious at first.

Another worrisome fact is that the successful creation of a GMO means that the new gene is inserted into an already functioning gene. For the newly inserted gene to be expressed in the organism, it needs to be inserted where there is a gene that is already being expressed. This is a problem because there is a 53-66% chance that the process of inserting a gene will disrupt the proper functioning of at least one other gene. Furthermore, the research being done to check for unintended mutations and insertions is not thorough enough to find potentially harmful changes. The tests done by the companies usually only detect major changes to the GMO’s DNA, suggesting that the companies are unaware of the extent to which the DNA has been rearranged or mutated.

The truth is that scientists only know a small amount of what there is to be known about the genomes of these crops, and even knowing the function of one gene does not mean that they can predict the results of inserting new ones. Even tiny changes in DNA can lead to cascading changes in the organism. Plus, many biological processes are interlinked, meaning that changing a gene can affect a multitude of aspects of an organism or even how our bodies metabolize that crop after its consumption. So when a snack attack hits, choose not to be a lab rat in this ongoing GMO experiment by grabbing one of these 10 GMO-free savory snacks.

Beanfield’s chips take snacks up a notch by combining beans and rice,making a chip that is full of protein and fiber.  This award winning chip provides 4 grams of both fiber and protein, are all vegan, gluten-free, and made with all natural ingredients.  It is their goal to make great taste and nutrition easy to find in a snack.  Verified GMO-free chips include nacho, pico de gallo, sea salt, and sea salt and pepper.