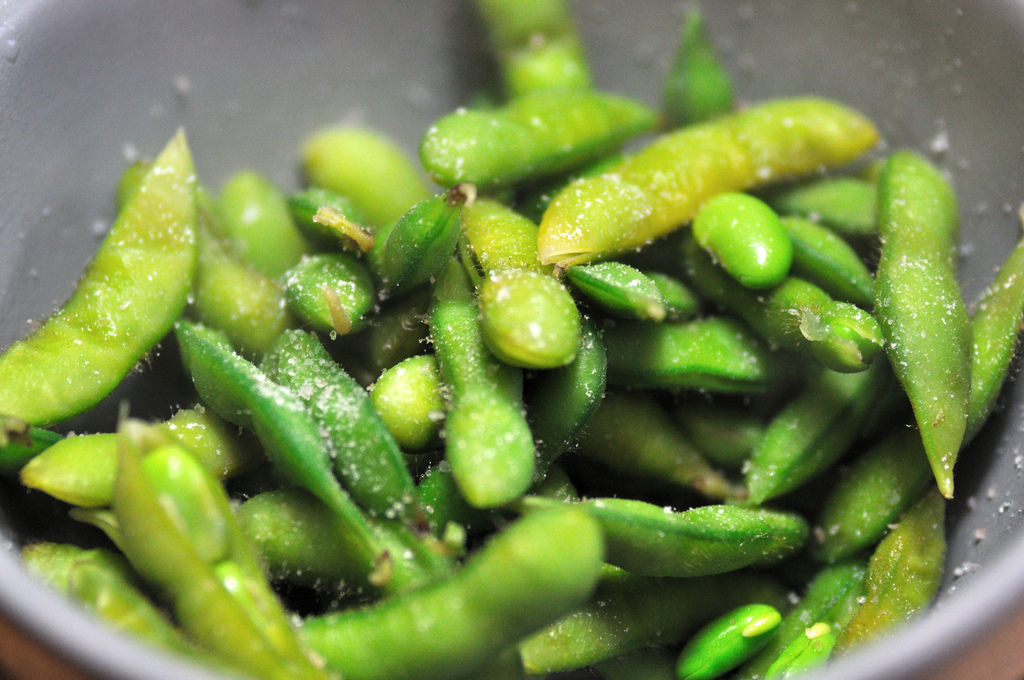 You probably already know a thing or two about the “dirty dozen” – those fruits and vegetables you should, if possible, buy organic to avoid high levels of pesticides. In 2013, this list expanded out to the “dirty dozen plus” in order to include foods that might be “exceptionally toxic” – summer squash and leafy greens. In its entirety, the full list includes: apples, celery, cherry tomatoes, cucumbers, grapes, hot peppers, imported nectarines, peaches, potatoes, spinach, strawberries, sweet bell peppers, kale/collard greens, and summer squash.

Ok, we know that’s a lot to try to buy organic! And with supermarket availability and costs in mind, it might not always be possible for all of you Green Monsters out there. But, beyond just high toxic pesticide levels, did you know that many of these fruits and vegetables are now also at risk of containing GMOs? Considering the potential pesticide levels if these foods are bought in the “conventional” state, plus the potential risks from consuming genetically modified foods, and you have yourself a double-whammy of risky food. While organic certification is not perfect, it at least mandates that foods bearing the official organic label must avoid GMO ingredients and processes.

All of this said, here are five foods you should always try to buy organic in order to avoid the known pesticides and potential GMO contamination. Items on this list included some of those in the dirty dozen — or some with other dirty little secrets of their own:

If biotech has anything to do with it, many conventional apples will soon be farmed in labs – not on farms. One company, Arctic Apples, hopes to be in the American market by 2014. In other words, people: stay clear of conventional apples in the near future!

According to recent reports from the Non-GMO Project, most Hawaiian papaya is GMO. This year, Hawaii moved to ban GMOs – for all crops except papaya. And it’s been found that even the organic papaya may be contaminated. In other words,  if you’re concerned with potential pesticides and GMOs – you might steer clear of this kind of papaya for the time being.

According to the Environmental Working Group (EWG), many conventional summer squashes, such as zucchini and yellow squash, have – as late as 2008 –  still shown to contain residues of organochlorine pesticides that were banned in the 1970s and 1980s. And, according to the Non-GMO Project, summer squash are a “high risk” crop – the site posits that approximately 25,000 acres of this squash in commercial production is likely GMO.

Considering that more than 93 percent of soy is genetically modified, the fact that, according to Drs. Sally Fallon and Mary G. Enig, soybeans “also [have] one of the highest percentages contamination by pesticides of any of our foods” makes this crop one to avoid unless you’re sure it’s organic.

Now, this one is on the EWG’s “clean 15,” but it’s hiding a dirty little GMO secret. According to the Non-GMO Project, large numbers of sweet corn crops were sold directly to consumers both in grocery stores and in produce stands last year. And, it’s possible, that as far back as two years ago, your sweet corn may have been Monsanto-bred: “In 2011, Monsanto announced plans to grow genetically modified sweet corn on 250,000 acres, roughly accounting for 40 percent of the sweet corn market.” Nothing sweet about that, guys!

While it might not be possible to buy everything organic, this a good list of five foods you should aim to always purchase with the green seal. If you’re not able to find these foods in organic form where you live, opt for those verified non-GMO by the Non-GMO Project whenever possible.

We know it’s not always easy, but, just remember: your health is worth the hunt for the right stuff!