We’re interested in what makes up the stuff that we eat, which led us to learn some pretty disgusting things about the “food” inside those colorful and shiny packages on the supermarket shelf. Seemingly innocent food items can often be hiding animal parts, and we’re not just talking about flesh here. Even carnivores may be appalled to know exactly what they’re eating! Because no one deserves to eat beaver anus or duck feathers when they’re cleverly listed as a totally different name on the label.

What’s even more gross than eating strange animal parts is the fact that you probably don’t even know they’re there by looking at the marketing on the front or even the ingredients list on the back. Brace yourself, and make sure you are not eating before reading any further. Here are some totally icky animal parts that are hiding in your food.

Nope, wine is not always just grapes. It’s grapes and sometimes fish bladders, too. Fish bladder membranes are used to make isinglass, a type of gelatin that is used to make ‘fine’ wines and even some beer. We with this were different, but you can’t find out whether isinglass has been used just by reading the label. 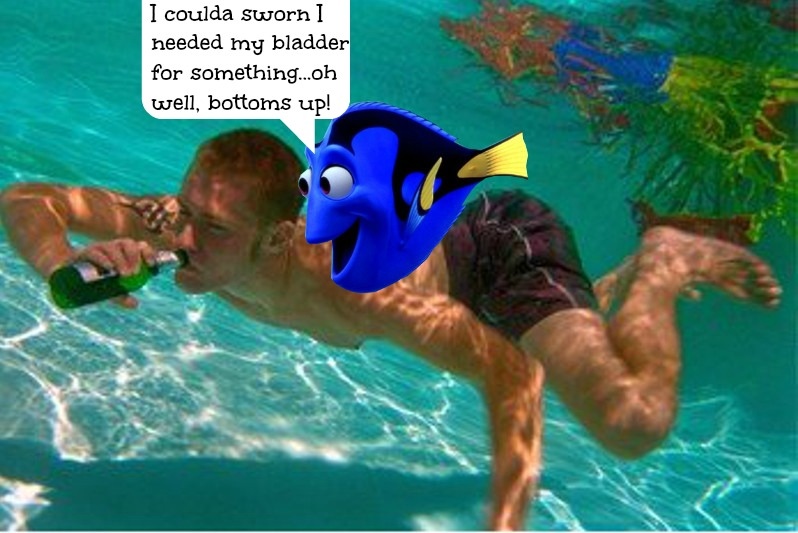 Choose a Vegan-Friendly Wine Option and check out this piece Vegan Wines: All You Ever Wanted to Know But Were Too Afraid to Ask.

Duck feathers are one material that can be used to create L-Cysteine, an amino acid that acts as a dough conditioner for bread-making. Food manufacturers add this to bread because it helps speed up large-scale factory production. You can thank this amino acid for letting your bread sit for weeks while remaining nice and squishy, just like a feathery pillow. 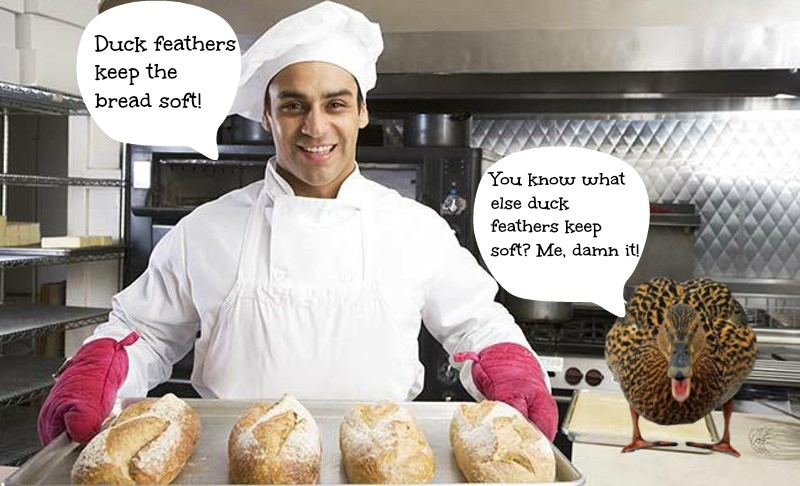 Skip the supermarket shelf entirely and head to the organic, frozen section. There you will find Ezekial 4:9 bread, a sprouted grain bread that is much healthier and free of feathers. Also, try making your own gluten-free bread with these tips and try these savory bread recipes.

And you thought l-cysteine was only made with duck feathers! Yes, but it can also be made from human hair. Tasty! According to the Health Freedom Alliance, “While some L-cysteine is directly synthesized in laboratories, most of it is extracted from a cheap and abundant natural protein source: human hair. The hair is dissolved in acid and L-cysteine is isolated through a chemical process, then packaged and shipped off to commercial bread producers.” The amino acid can show up in everything from bagels and bread slices to pizza crust, tortillas and pastries. 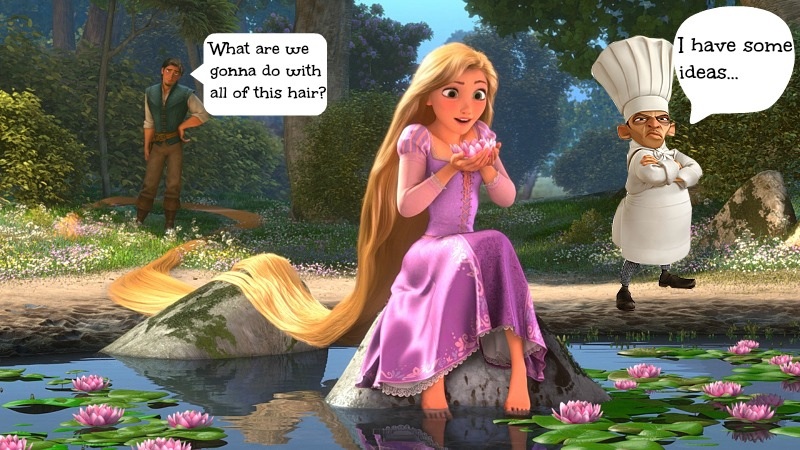 Look for packaged versions that are free of l-cysteine or make your own pizza crust, pastries, bagels and sweet bread! You’ll be a seasoned baker in no time.

If you enjoy strawberry, raspberry and vanilla ice cream, as well as some baked goods and candy, then you might be loving the sweet taste of a beaver’s backside. The ingredient is called castoreum, which is used as a flavoring agent in food. Castoreum is a substance that is collected from the glands of Canadian, European, and Siberian beavers. We guess those beavers have the best, most musky vanilla scent of them all? 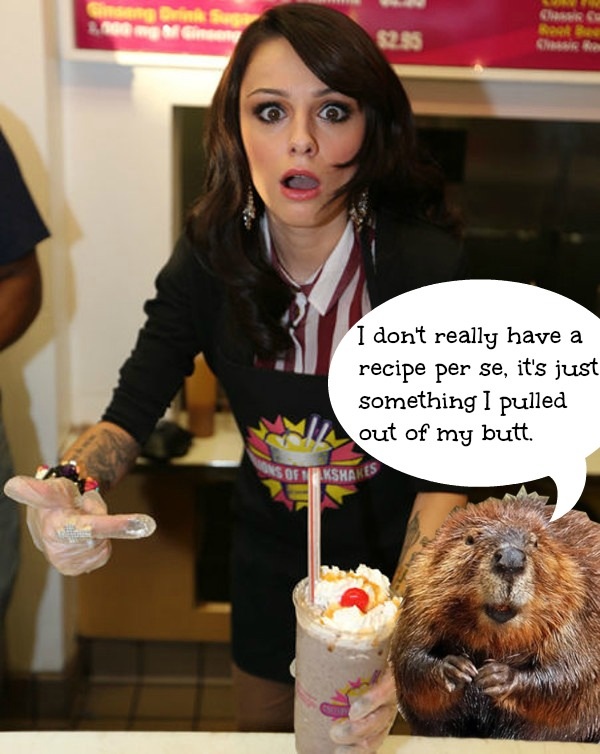 Flavor your own baked goods with these recipes and try these homemade ice cream recipes.

Many cheeses and cheese products contain an ingredient called rennet, which is made from an enzyme that comes from calves’ stomach linings. According to The Vegetarian Society, “The traditional source of rennet is the stomach of slaughtered newly-born calves. Vegetarian cheeses are manufactured using rennet from either fungal/bacterial sources or genetically modified micro-organisms.” 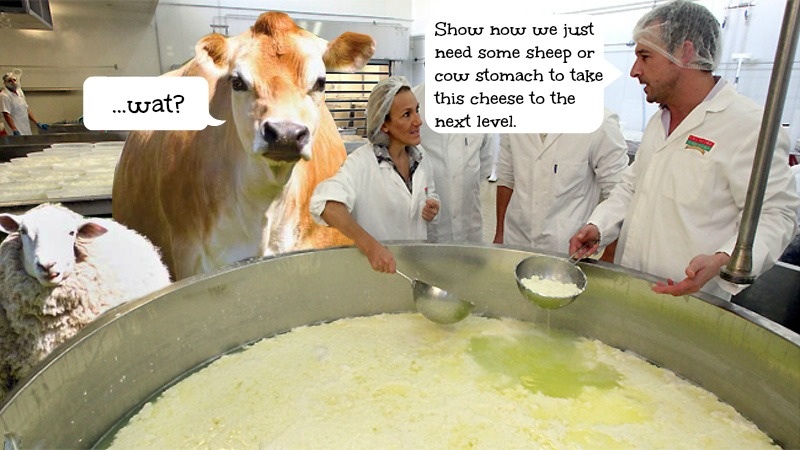 Take a trip to NYC, where you can indulge in a 100% vegan cheese shop from Dr Cow Tree Nut Cheese shop in Brooklyn. If you can’t hop on a plane just yet, try making your own vegan cheeses; the end result may pleasantly surprise you! Also, skip the jarred pesto from the grocery store, which often contains cheese and therefore, rennet. It’s super easy to make your own pesto sans cheese!

This is one of the first facepalm moments that new vegetarians have: realizing that some chewy candy, marshmallows, pills, ice cream, cosmetics and cakes aren’t vegetarian. These products can contain gelatin, which is a common ingredient that helps give food a gummy consistency. Gelatin is a protein obtained by boiling cow and pigs’ skin, tendons, ligaments, and/or bones in water. Several food products contain this ingredient, such as face products, cosmetics, marshmallows, ice cream, and cake. 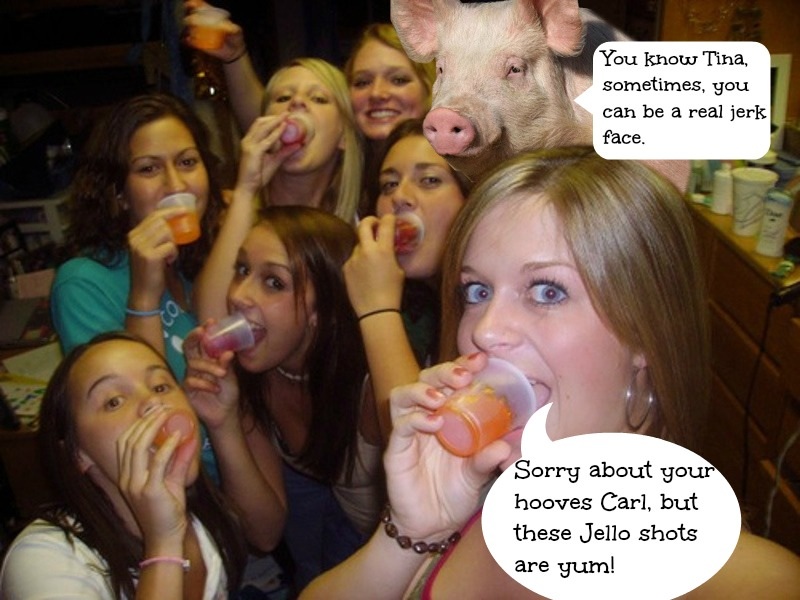 Try making your own vegan jellies and jams without gelatin and check out these 15 Homemade Candy Recipes.

Do you like red candy? Well, you can thank a bright red dye called carmine for that. This dye is used in food and cosmetic manufacturing, and it’s made by crushing cochineal insects. Carmine can also be listed as cochineal extract, crimson lake, natural red 4, C.I. 75470, or E120. Alternatives to this dye are beet juice and alkanet root. 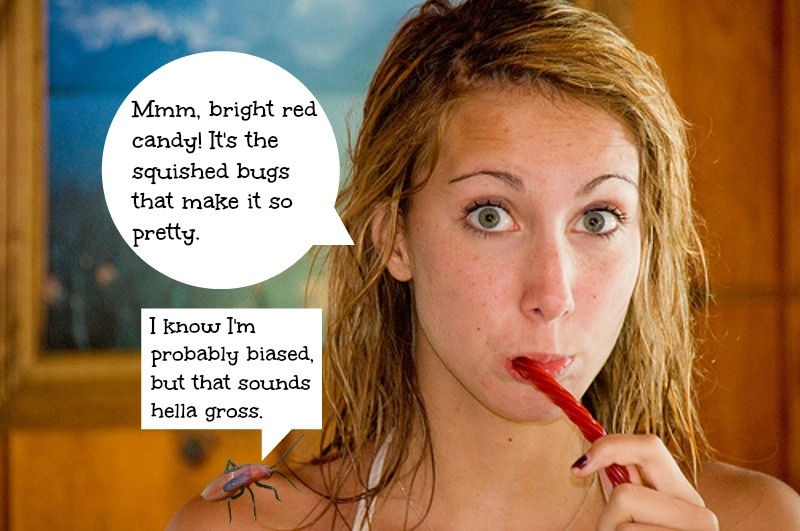 Want to make your own icing or candy? Thinking of using red food coloring to make fake blood for this Halloween? Check out How to Make All-Natural Vegan Food Coloring instead.

Shellac helps give food a shiny appearance, and it’s what makes some food products look like they’re glistening. You can find it in some hard candy and in chocolate-covered raisins and nuts. That pretty shine comes from resinous material secreted by the lac insect, similar to how honey comes from a bee. According to The Vegetarian Resource Group, approximately 300,000 lac insects are killed for every kilogram of lac resin, and 25 percent of all unrefined, harvested lac resin is composed of ‘insect debris.’ 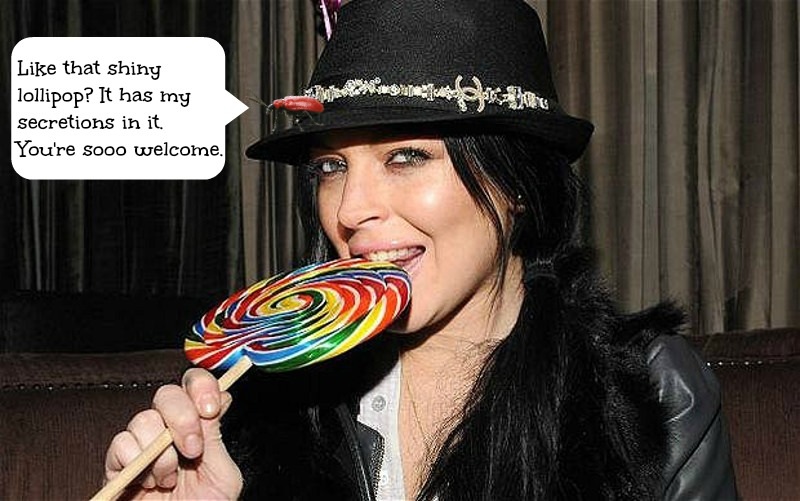 You can buy vegan candy all over the Internet; just do a simple search. One great place to find vegan snacks is Vegan Cuts. Also, try making your own Chocolate Covered Raisins and Chocolate-Covered Cherry Cookies.

At the end of the day, if you are comfortable with eating human hair or squished bug bodies, then that is your choice. We obviously do not condone eating animal parts of any kind, but you are the one who chooses what you eat; we can’t force you. But hopefully, reading about some of the icky animal parts that are hiding in your food might convince you to check out some of our delicious vegan recipes and try your hand at making some new, plant-based favorites!