Vegan Wines: All You Ever Wanted to Know But Were Too Afraid to Ask 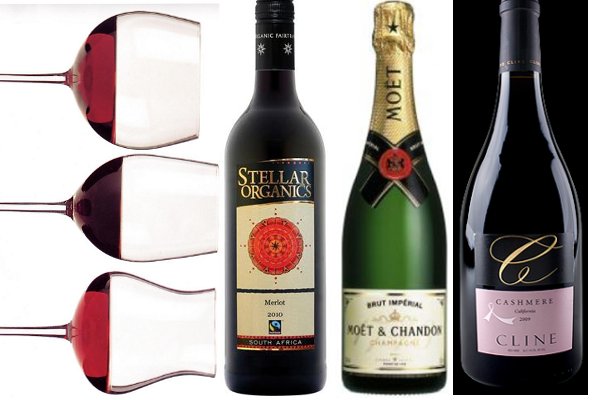 Many people think that wine is vegan by its very nature. After all, it’s just fermented grape juice, right? Not exactly. Many different techniques and processes are used by wineries to produce what they consider to be their best products. Let’s take a closer look.

The Farmer Winemakers In general, there are two different schools of thought in winemaking. The first group might be called the farmer winemakers. These vintners are committed to the concept that great wine making starts in the vineyard. Their intention is to let the grapes shine through as unadulterated as possible. These wine makers often follow traditional techniques. While many of these are vegan, not all are. “Fining” is used to remove yeast, coloring or flavorings added to the wine, fruit flies, plant material and more. The end result is a clearer, “cleaner” wine. In some wineries, egg whites, bone marrow, isinglass (fish intestines), gelatin, casein and other animal parts may be used. Winemakers will tell you that none of these parts remain in the wine, but most vegans would still prefer to avoid them. Besides, there are some fantastic vegan alternatives such as bentonite clay and carbon to do the same job without the cruelty. In reading labels (as we all do obsessively), if you see the words “unfined and unfiltered”; that wine is vegan.

The Interventionists The other school might be thought of as interventionists. This group thinks of the grape as an almost-blank canvas, and through various manipulations they present the grape as the picture they want it to be. This can be done in a number of ways. Both these philosophies have their places. Yes, they truly are philosophies. Talk to any winemaker for 10 minutes and you’ll see it.

Frankenwines Imagine a year with far too much rain at harvest time. All that extra water goes into the grapes, making them diluted. To counter that, the alcohol is separated from the water, then recombined according to the desired result. In California, where sunshine and warm temperatures are more the norm, this method is typically used to reduce the alcohol levels. Another commonly used technique is microxygenation. Tiny bubbles of oxygen are pumped into the wine to give the wine more body, allowing the wine maker to turn flabby grapes into better wine. Chapitalization is yet another technique to manage the alcohol level. In this process, sugar is added to the wine to increase the alcohol level. There are other techniques as well. We enjoy some of these manipulated wines in certain situations and lovingly refer to them as “Frankenwines.” As a side note, wineries change their methods to fit their crops for each year. If a wine you love is vegan one year, it might not be the next year. Few wineries will claim to be all vegan, all the time. Like many things, it comes down to money. If a year’s harvest needs special techniques and attention to create what the winemaker thinks is the best product, chances are they’ll use them.

What About Biodynamic Wines? Yet another monkey wrench clouds the issue. Many think that biodynamic wines are vegan. This might be true, but isn’t always the case. While the winemaking process used at biodynamic vineyards is vegan, the growing practices aren’t always. Rudolf Steiner is the originator of the movement which follows the laws of nature in a science called Anthrosophy. In brief, this style of farming is organic and follows certain environmental ideas and spiritual precepts. However, in preparing fertilization for the vineyards, parts of dead animals are sometimes used to incubate the manure. Examples include cow horns, cow skulls, and cow intestines.

The Need for Vegan Labeling With a brief overview of the winemaking processes and the stages along the way that can take that grape juice on a non-vegan detour, it becomes even more clear how labeling wines as vegan would be a big advantage for both customers and the companies. By including a symbol or word to indicate if a wine is vegan, those customers who care would know the choice was safe for them. With a growing population looking for vegan alternatives, it’s only a matter of time before wineries see this as an opportunity. It will be interesting to see which wineries emerge as leaders in labeling. You can bet the ones that do will be get my support. Let me leave you with a few wonderful choices in vegan wine to start your summer off right.