YIKES! Are You Unknowingly Eating Hair or Feathers In Your Bread? 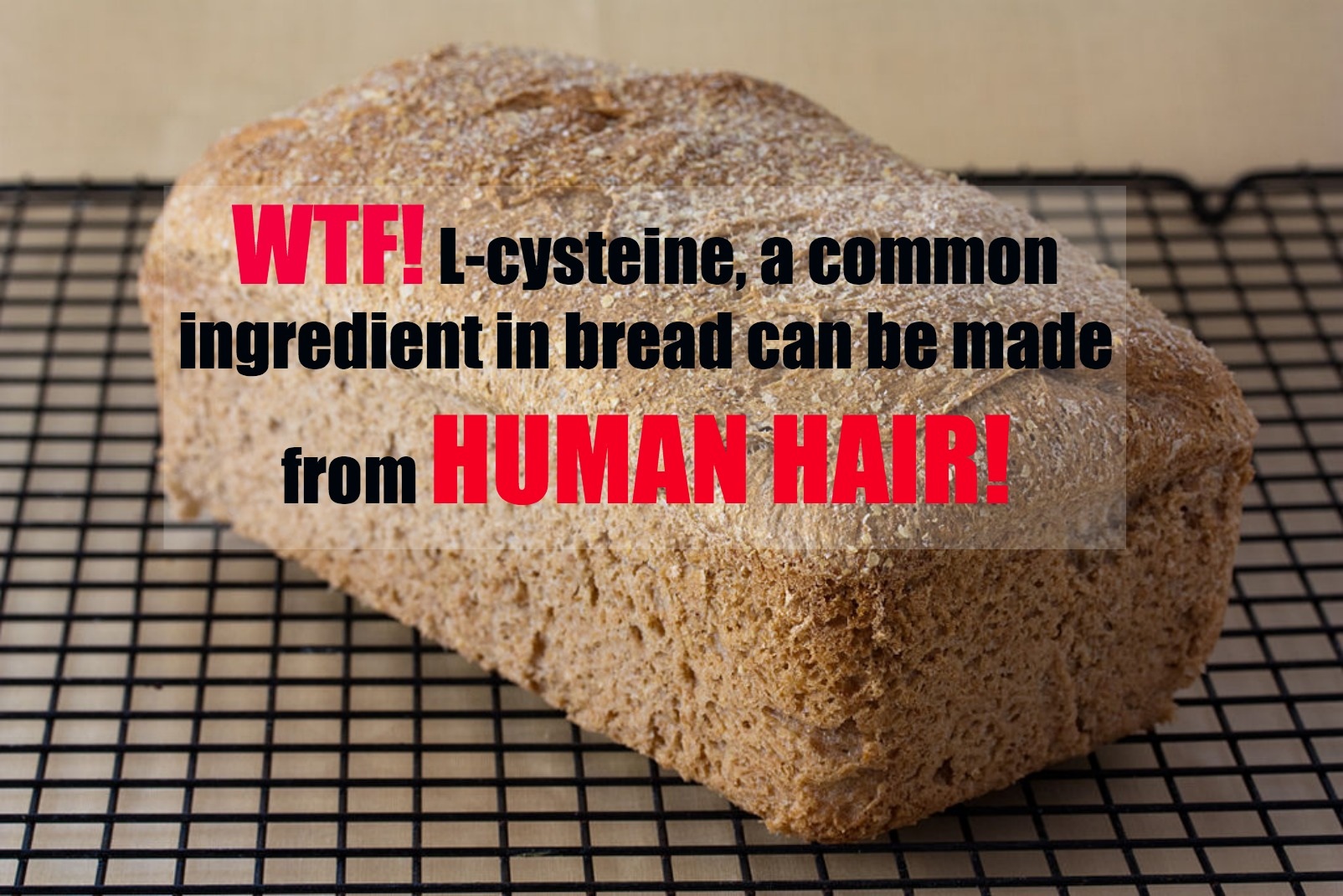 At its most basic form, bread is nourishing, sustaining and gives us energy. Bread is the basis of so many meals, the bricks that hold sandwich ingredients, spreads and veggies together. Eating bread is as basic to us as drinking water. Unfortunately, the bread you’re buying contains a much darker story.

We were appalled the first time we realized what was lurking in the bread isle at the supermarket, and you will be, too! We don’t want to think we’re eating ingredients other than what is only necessary to bake a loaf. Bread is the food of life after all. It shouldn’t be complicated, but our changing food habits have made bread production into a much more complicated process, full of disgusting ingredients.

L-Cysteine is one of those ingredients. Food manufacturers add this amino acid to bread because it helps speed up large-scale factory production. It’s used as a dough conditioner for bread-making, but do you really think we need this stuff?

According to the Health Freedom Alliance, “While some L-cysteine is directly synthesized in laboratories, most of it is extracted from a cheap and abundant natural protein source: human hair. The hair is dissolved in acid and L-cysteine is isolated through a chemical process, then packaged and shipped off to commercial bread producers.”

Um, what? Why would anything think gathering hair would be a good idea for a food additive? Eating other humans’ hair and other animals’ feathers? Ick! You should know which common food items contain this hairy extraction. Here are a few items you’re eating that may contain human hair or duck feathers since l-cysteine is one of the ingredients.

Take a look at the ingredient list on bread packages when you’re at the grocery store. If the bread is sitting on the shelf, there’s a good chance it contains l-cysteine. Without it, out bread might not be so doughy (oh, the horror!). Wonder”bread” isn’t bread. Opt for Ezekial 4:9 frozen organic sprouted grain bread instead, which you can find in the frozen natural and organic food section.

Don’t let the tasty marinara sauce, ooey-gooey cheese and colorful veggie toppings fool you. Your favorite pizza joint might just be using the hair-feather dough conditioner to make their crust. The guy at the counter will be all like, “Do you want pepperoni, cheese or veggies on your pie? Human hair is non-negotiable but we won’t tell you its in the crust.”

Whether you’re getting your tacos from a restaurant or making your own using store-bought tortillas, they might be hiding the hair or feathers. La Tortilla Factory sells Low Carb, High Fiber Tortillas Made with Whole Wheat that contain l-cysteine, though it should be noted that the company sells plenty of other tortillas without it. Whew, see, it’s not even necessary to use this ingredient to make food products, so why are companies still doing so?

A quick stop for a seemingly innocent bagel and coffee can quickly turn into a meal hiding l-cysteine. Watch out for bagels, whether eating out or opening a bag at home. Luckily, some restaurants, such as Einstein Bros. bagels, have transfered over to using a synthetic form of l-cysteine that is not made from human hair or duck feathers. It would be cool if the bagels contained all natural, plant-based ingredients instead, but hey, we’ll celebrate one small win at a time!

No, even the sweet treats are not safe from l-cysteine. Watch out for any dessert or pastry item at a fast food restaurant or supermarket, like cakes, breads, cinnamon rolls, croissants and other pastries.

As a country, we’re far from the idealistic situation of buying freshly baked loafs from the local baker. Instead, we hop into the store where we buy all of our other groceries and pick up a soft loaf that’s on a shelf next to dozens of other soft loaves. L-Cysteine is hiding among those products, but rest assured the food companies will not go out of their way to alert you. So, be sure to read the ingredient label the next time you shop.