15 Ways To Add Indian Masala To Your Dinner! 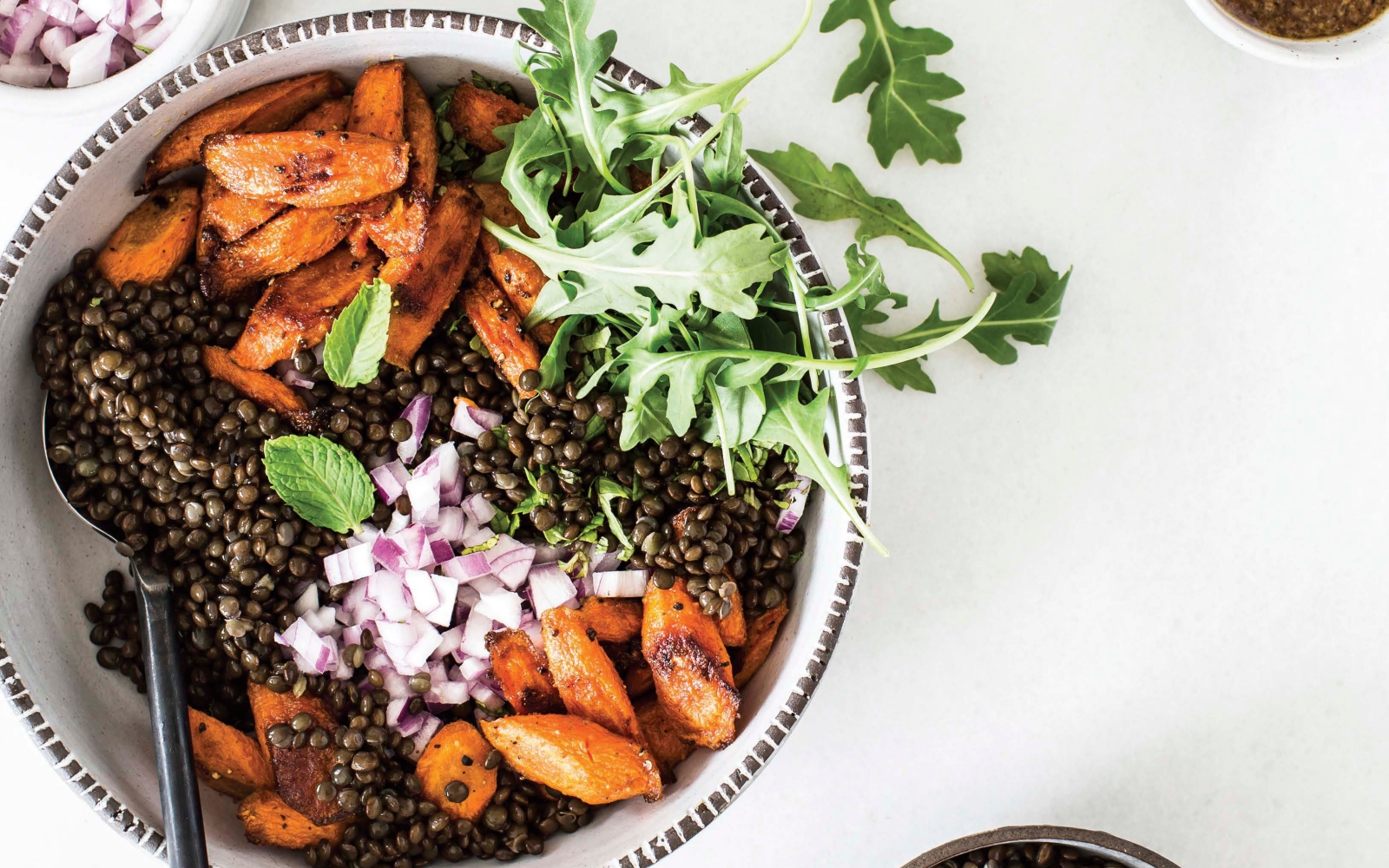 A warm, comforting masala is a perfect dinner idea that will have you looking forward to it all day! Full of awesome ingredients and amazing spices, the flavor and satisfying nature of a good masala will be life-changing. Don’t believe us? We can prove it with these 15 masala recipes that you can find on our Food Monster App! 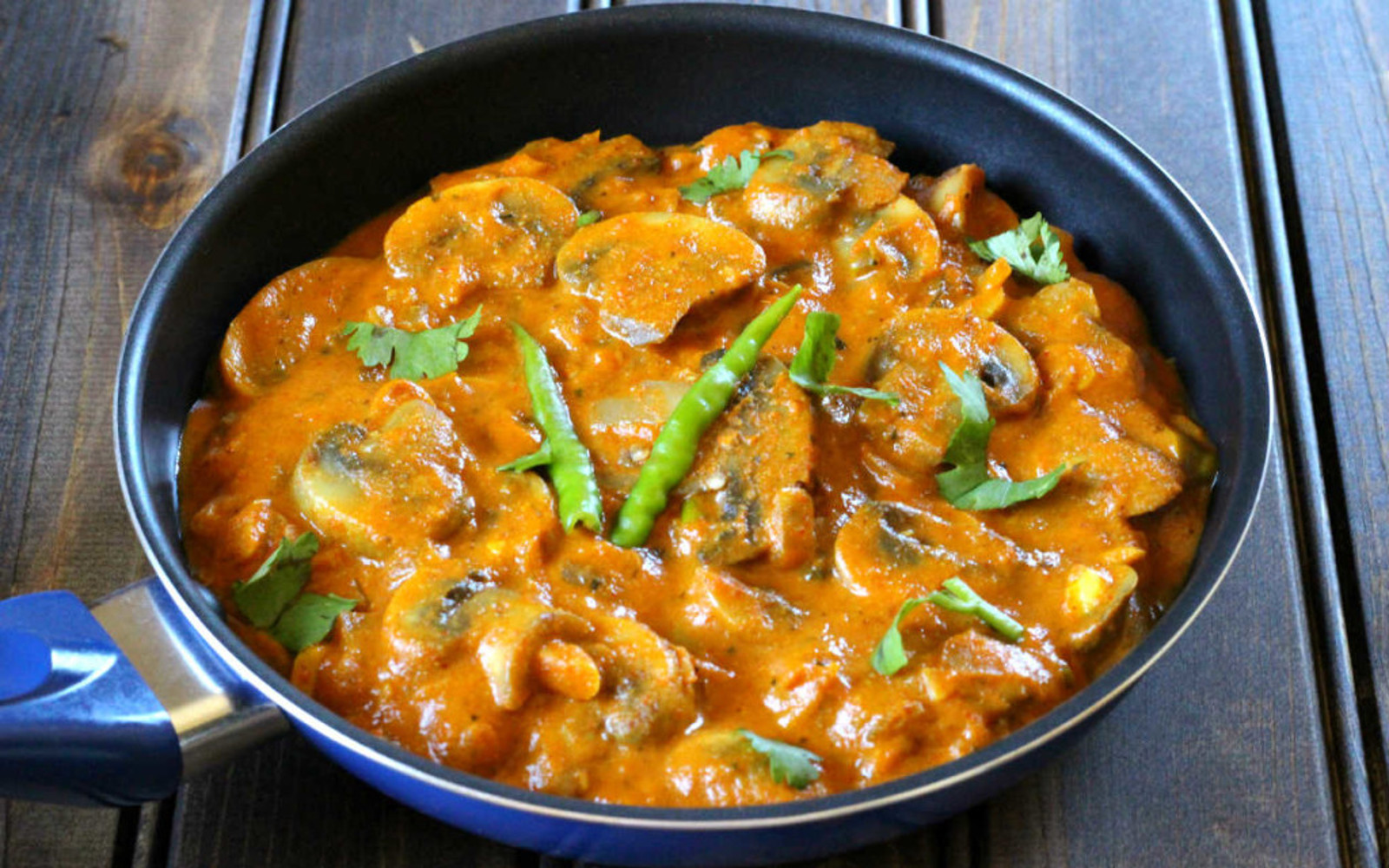 If you’ve been to an Indian restaurant, chances are you’ve seen butter masala on the menu. It’s a rich and delicious gravy curry with a sauce made creamy through the addition of milk or cream and butter. This vegan Mushroom Butter Masala from Kushi is a spicy, creamy and a delicious dish that is the perfect accompaniment for steamed rice, flatbread, or even dosas. 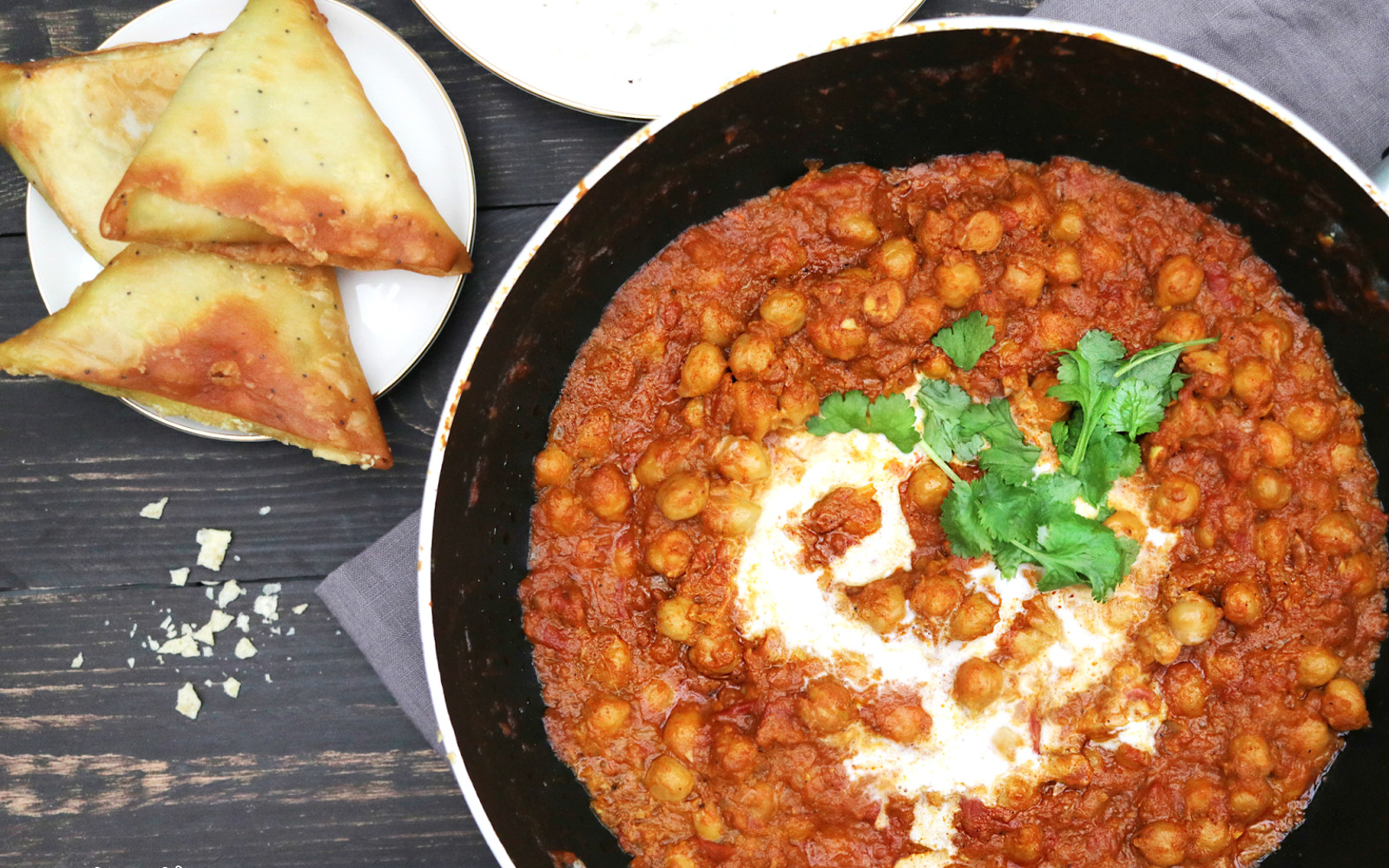 Chana masala is a hearty mixture of stewed chickpeas and a nuanced blend of spices and the coconut cream makes it rich, decadent, and delicious. This 30-Minute Chana Masala from Holly Jade is a great dish to serve before a party as a dip or to put over rice for the main course. 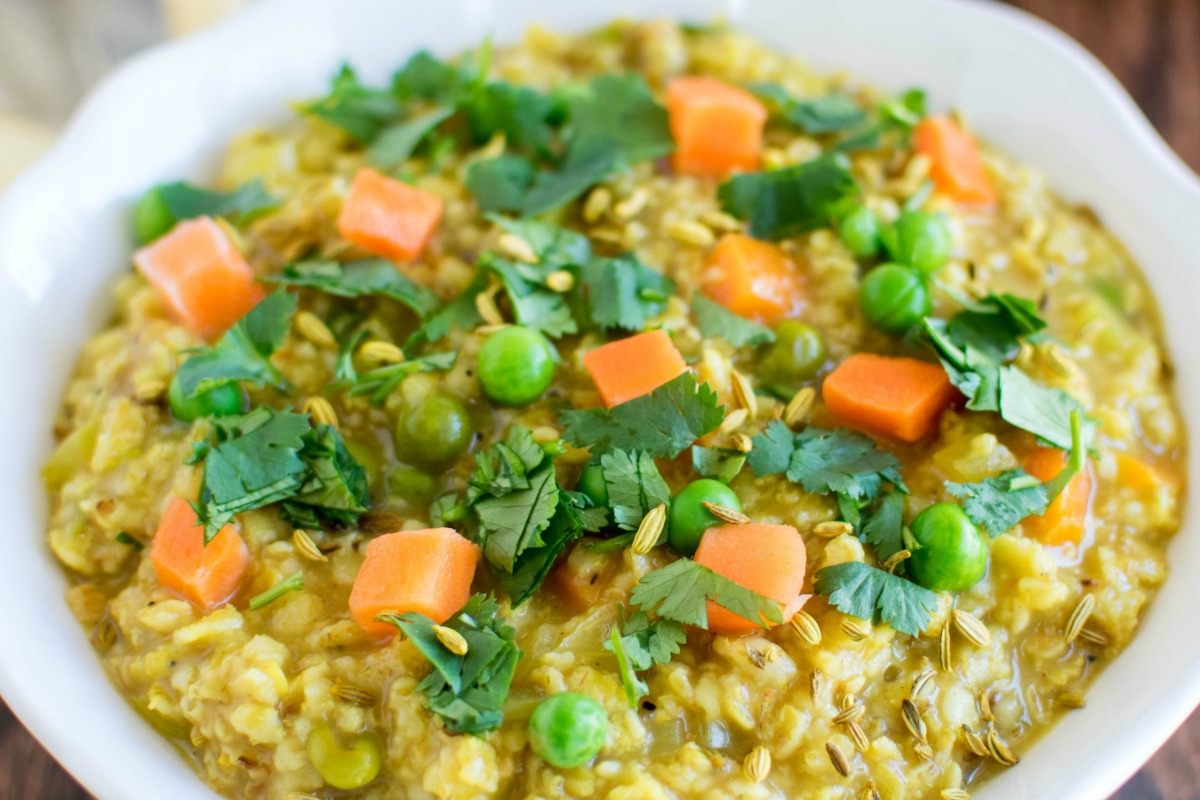 Savory oatmeal perfect for brunch! This Masala Oatmeal from Gunjan Dudani is such a cool recipe to share! It’s warming, spicy, and so hearty! 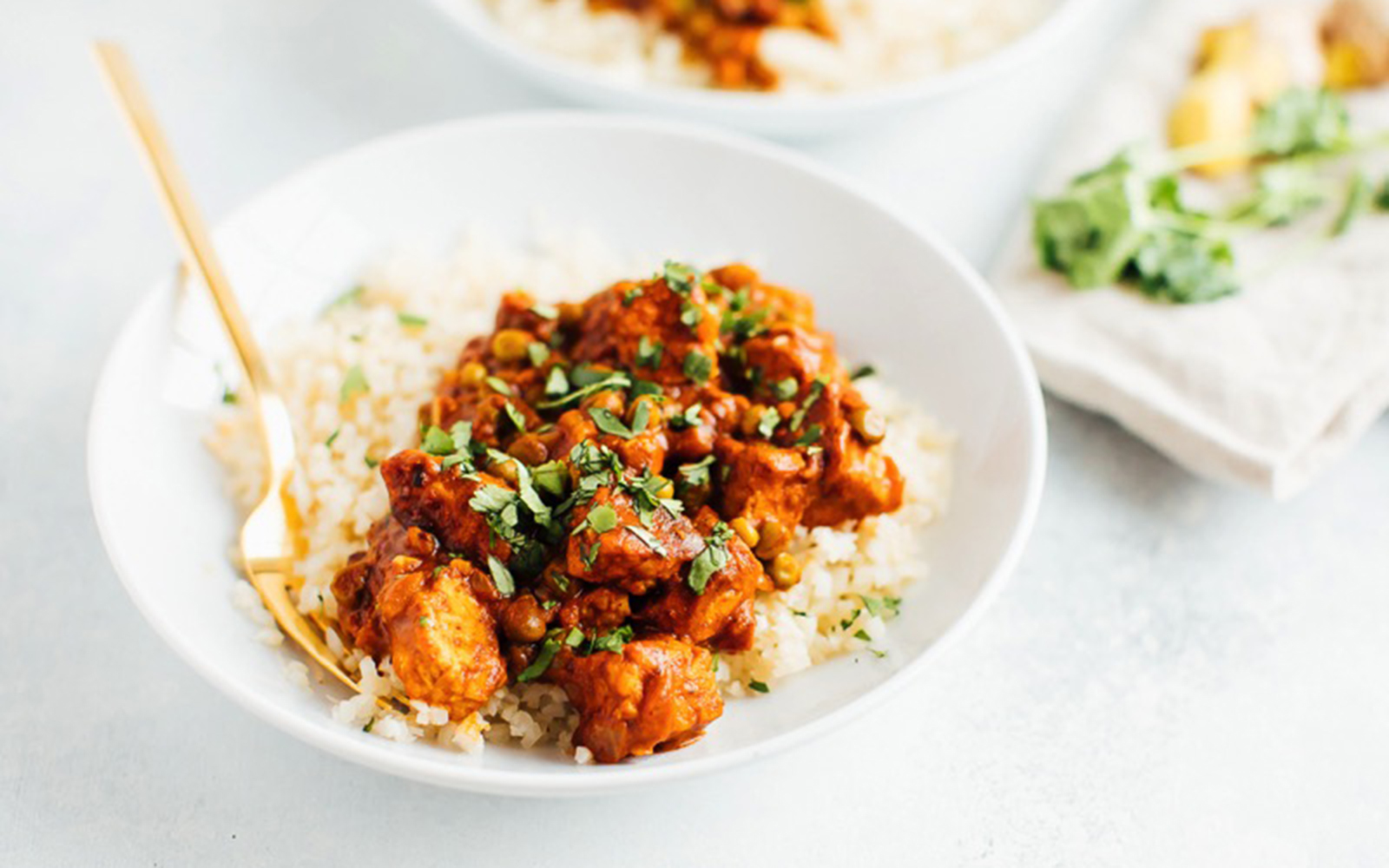 This Tempeh Tikka Masala from Brittany Mullins will leave you with all the comfort feels minus all the heavy feels. Make this delicious Indian dinner right in your own home. 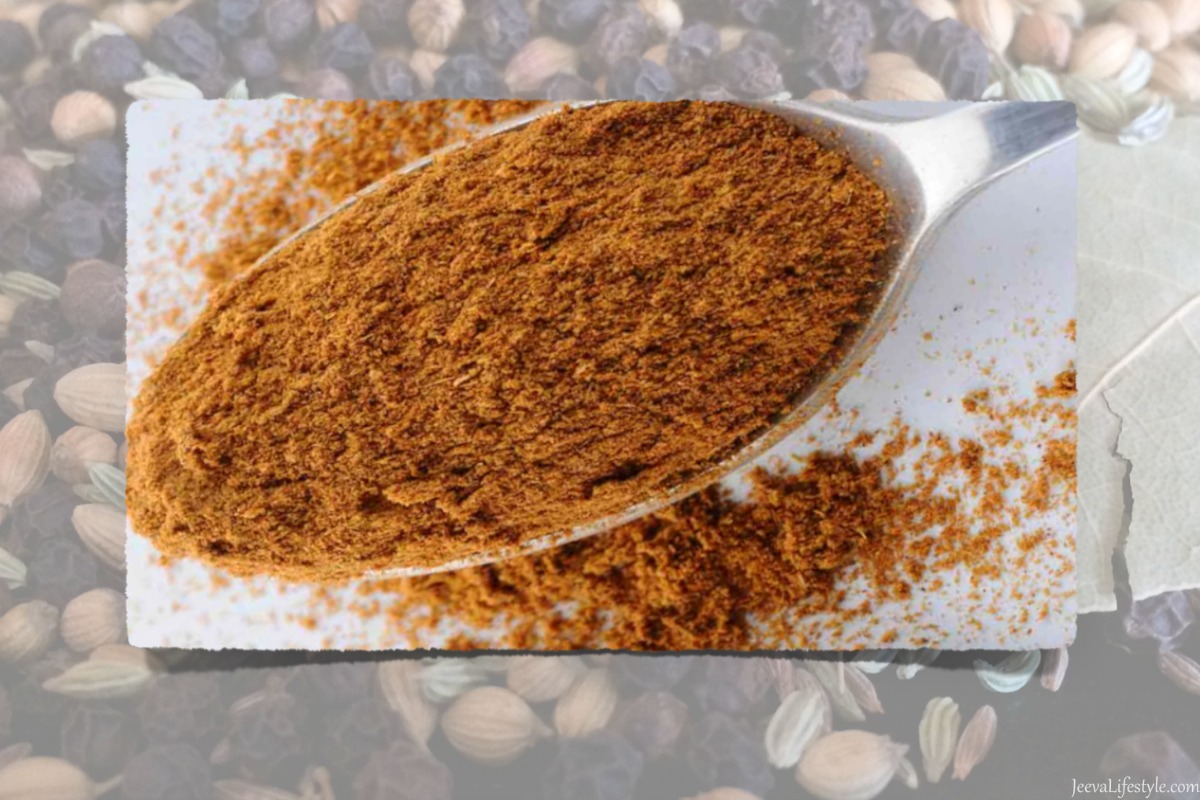 You cannot imagine any Indian cooking without the “quintessential” garam masala! The secret to the popularity of Indian curries lies in the blend of spices that imparts the unforgettable zing to your taste buds, so make some of this Ayurvedic Garam Masala from Akshata Sheelvant. 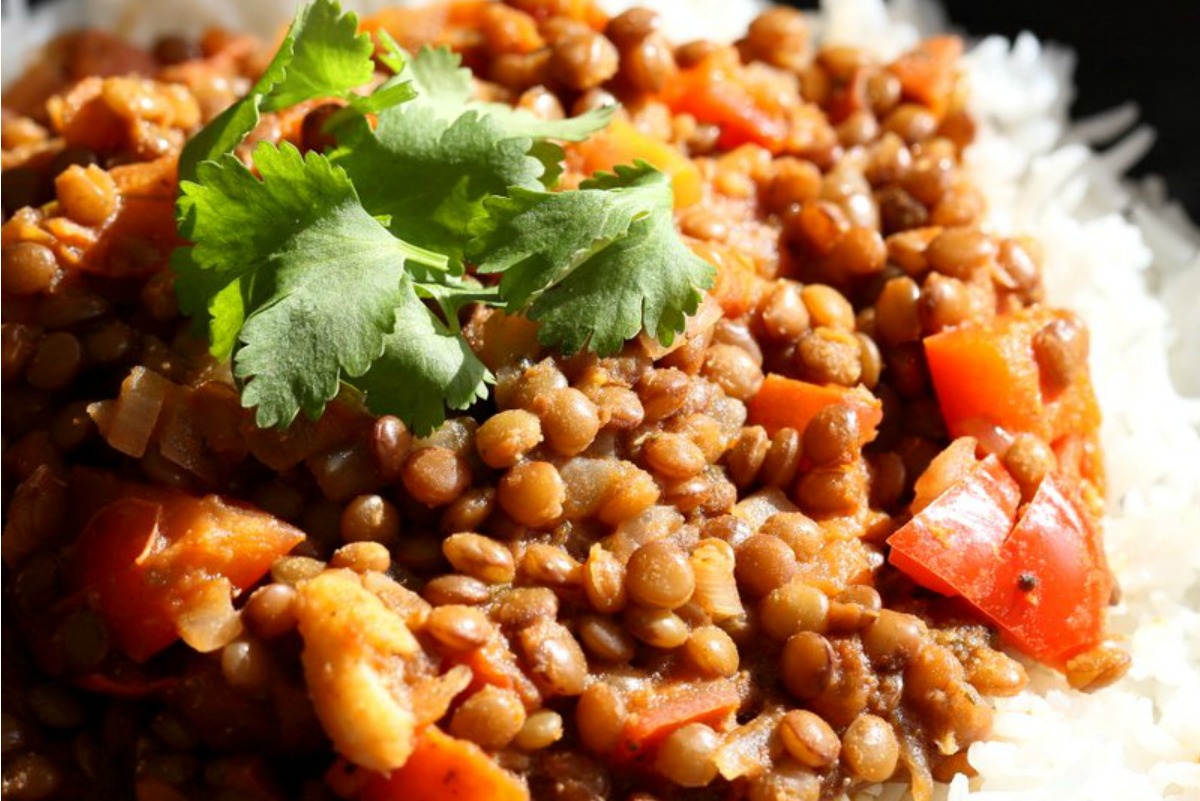 If you want to impress someone with a dal, make it this Masala Lentils (Sabut Masoor) from Richa Hingle. Don’t be afraid of the number of spices—it is quite simple to make. The spices and garlic are blended to a paste and fried in the oil. A hot sauce (chiles, garlic, and vinegar) in the tadka is another secret to getting the right flavor profile. Serve this as a part of a meal, or with rice or naan or other flatbread. 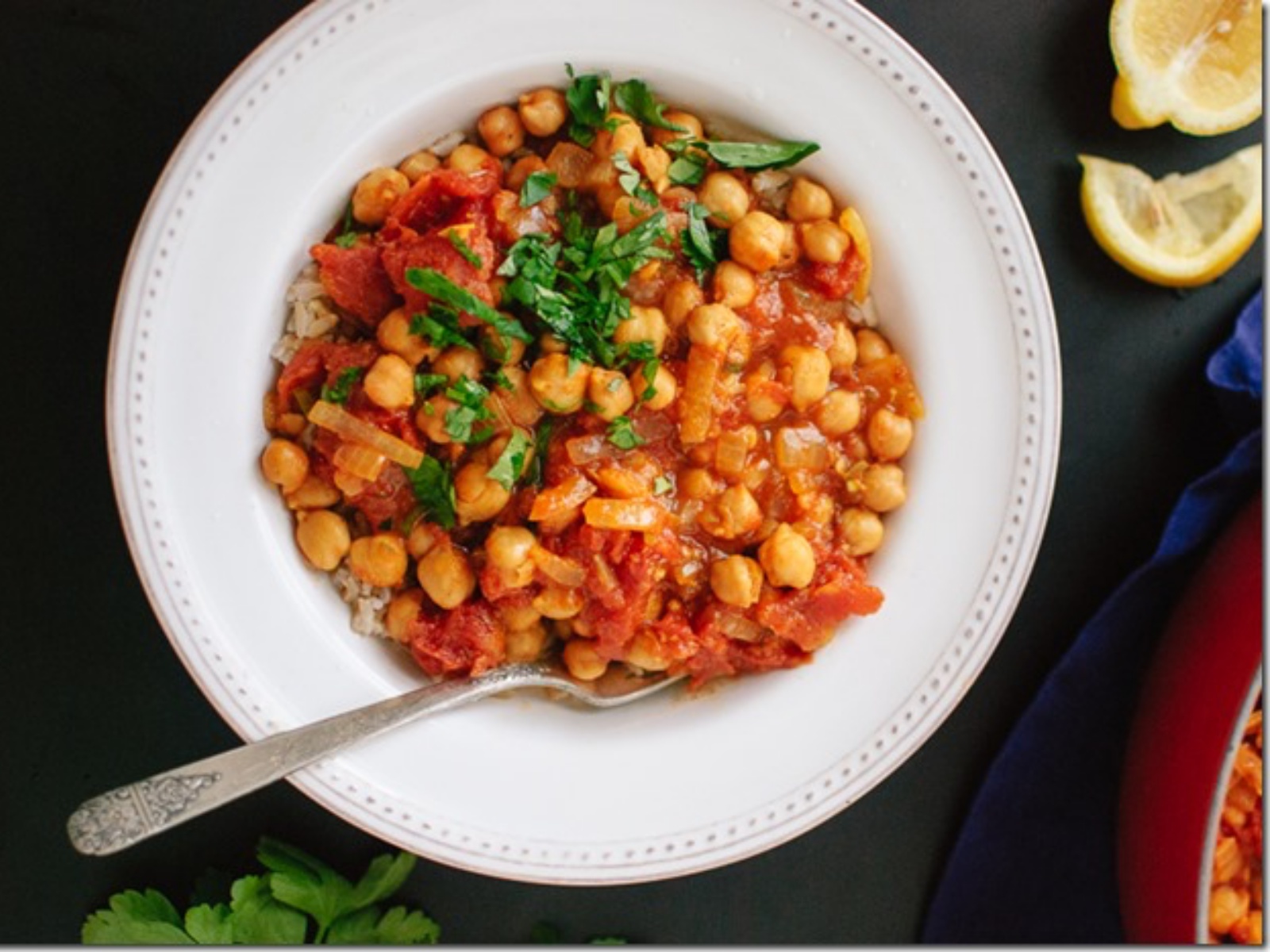 Quick and easy chickpea Chana Masala from Amanda Froelich, served over basmati rice. This spicy, hearty Indian recipe is vegan and gluten free. It makes great leftovers, too! Be sure to prep the ingredients in advance, as the recipe moves quickly. 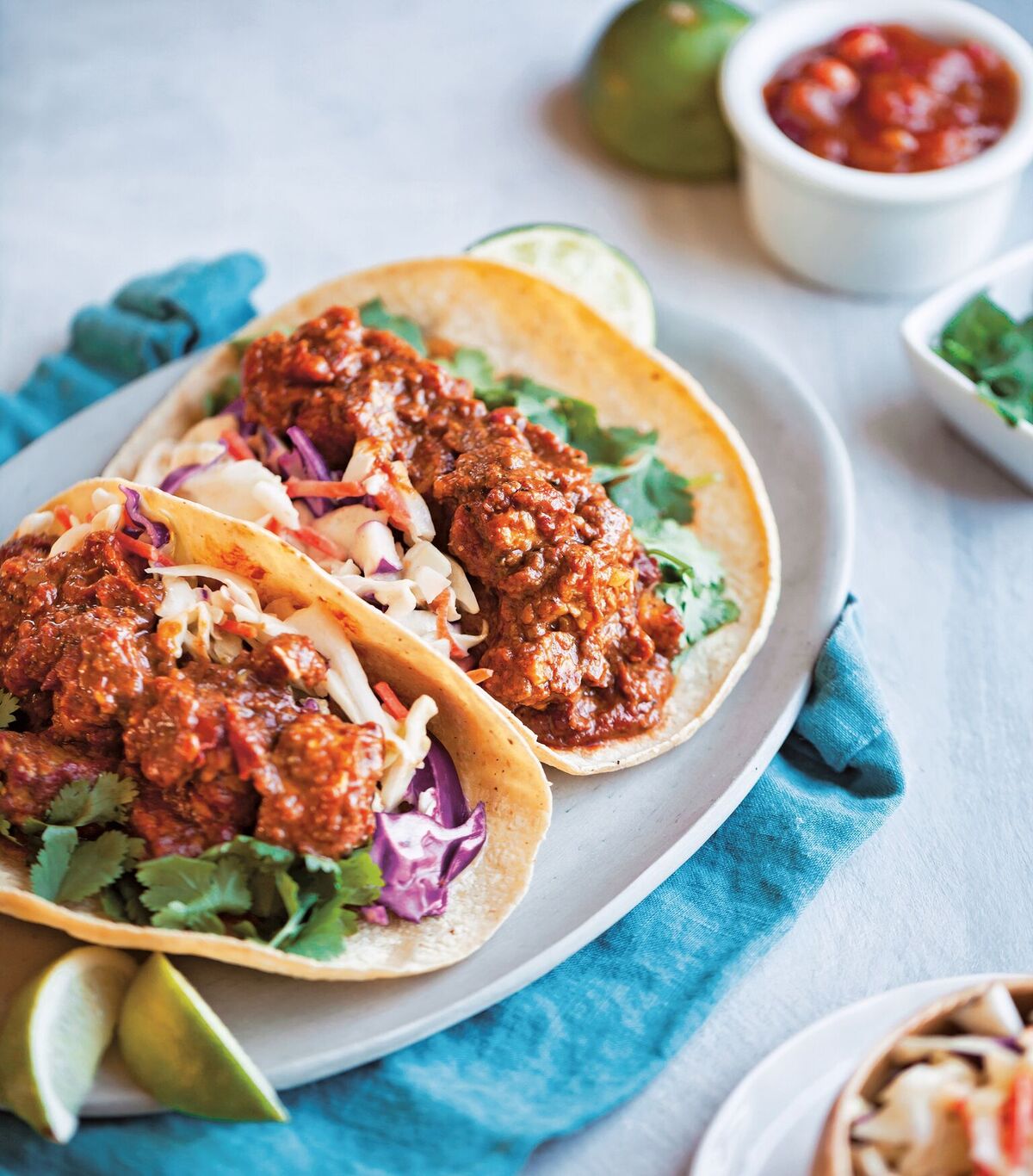 Tacos are life and Indian food rules. Put the two together and you’ve got spicy, creamy, magical Tikka Masala Tacos from 30-Minute Vegan Dinners by Megan Sadd. Don’t be put off by the long ingredients list—it’s mostly dry spices and the meal comes together quickly. Use corn tortillas for a deliciously messy street taco experience. Swap the tortillas for heartier flatbread to make a sturdier wrap. 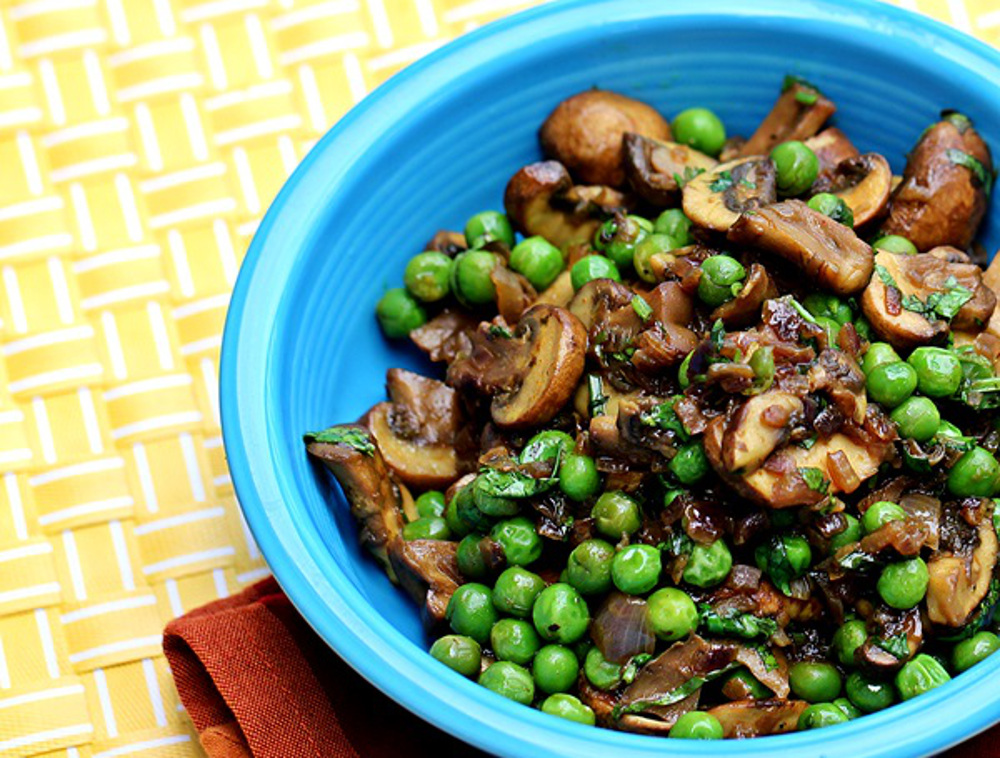 A flavorful super easy mushroom recipe that is done in under 30 minutes. This Mushroom Mutter Masala: Indian Mushroom and Green Peas from Rinku Bhattacharya is great as a main dish served with rice, but can also make a delicious side. 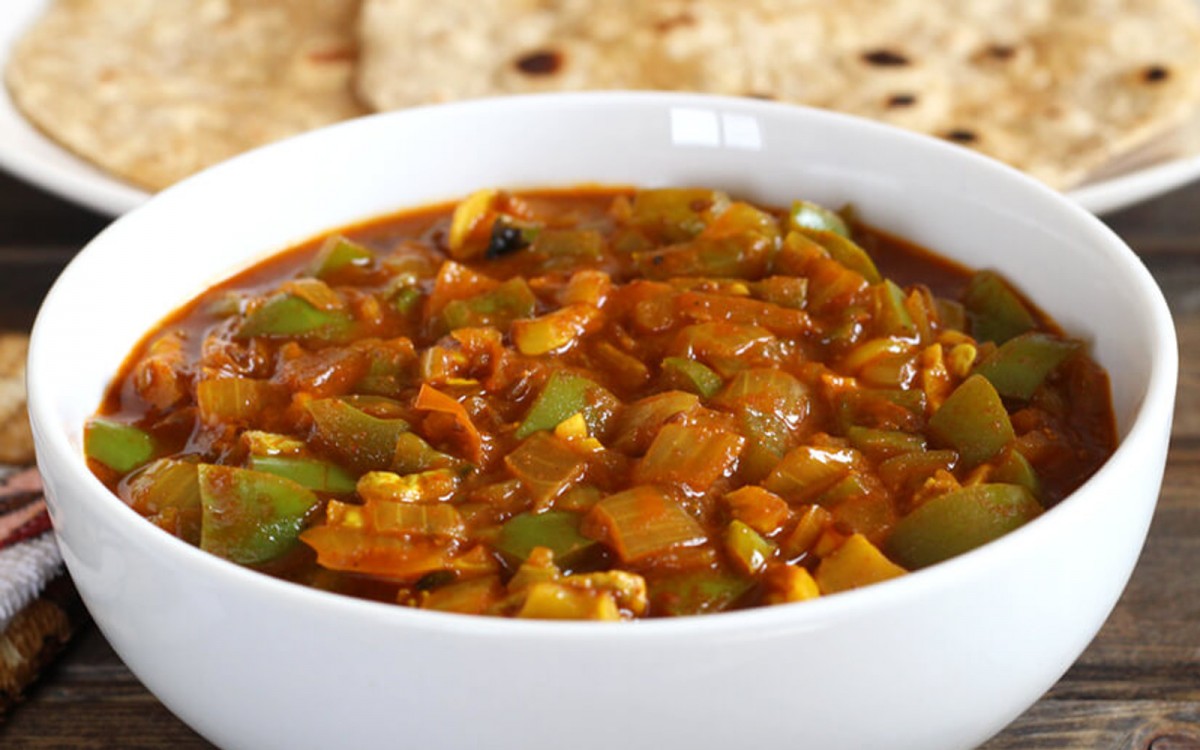 Bursting with flavor, this Onion and Pepper Masala from Kushi is a delicious and complex-tasting addition to any bowl of plain, white rice. It is spicy and savory, with layers of herbs and spices bringing out the best of the flavors of the vegetables. Use it as a side dish or paired with naan as an appetizer. 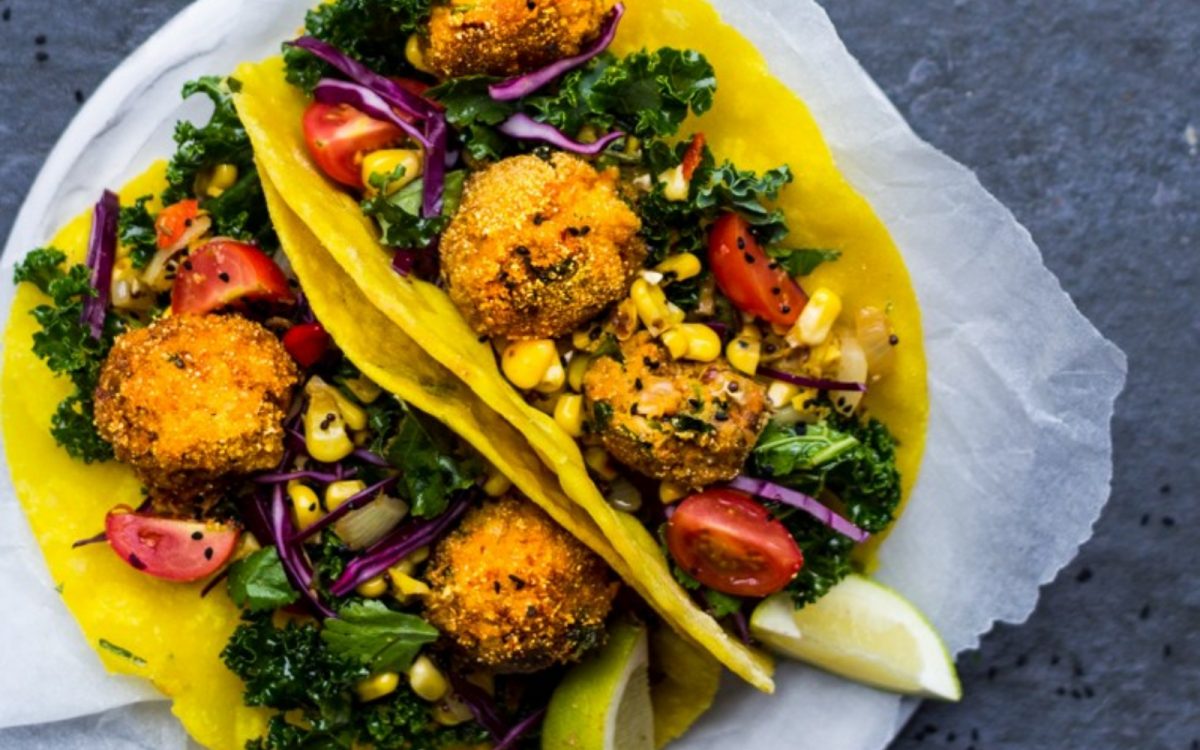 This delicious fusion of veggies and spices will satisfy every craving you have. The curried carrot falafel and masala corn pairs perfectly with perfectly warm golden roti. What more can you ask for?! Whip up this Golden Roti, Curried Carrot Falafel, and Masala Corn from Harriet Porterfield! 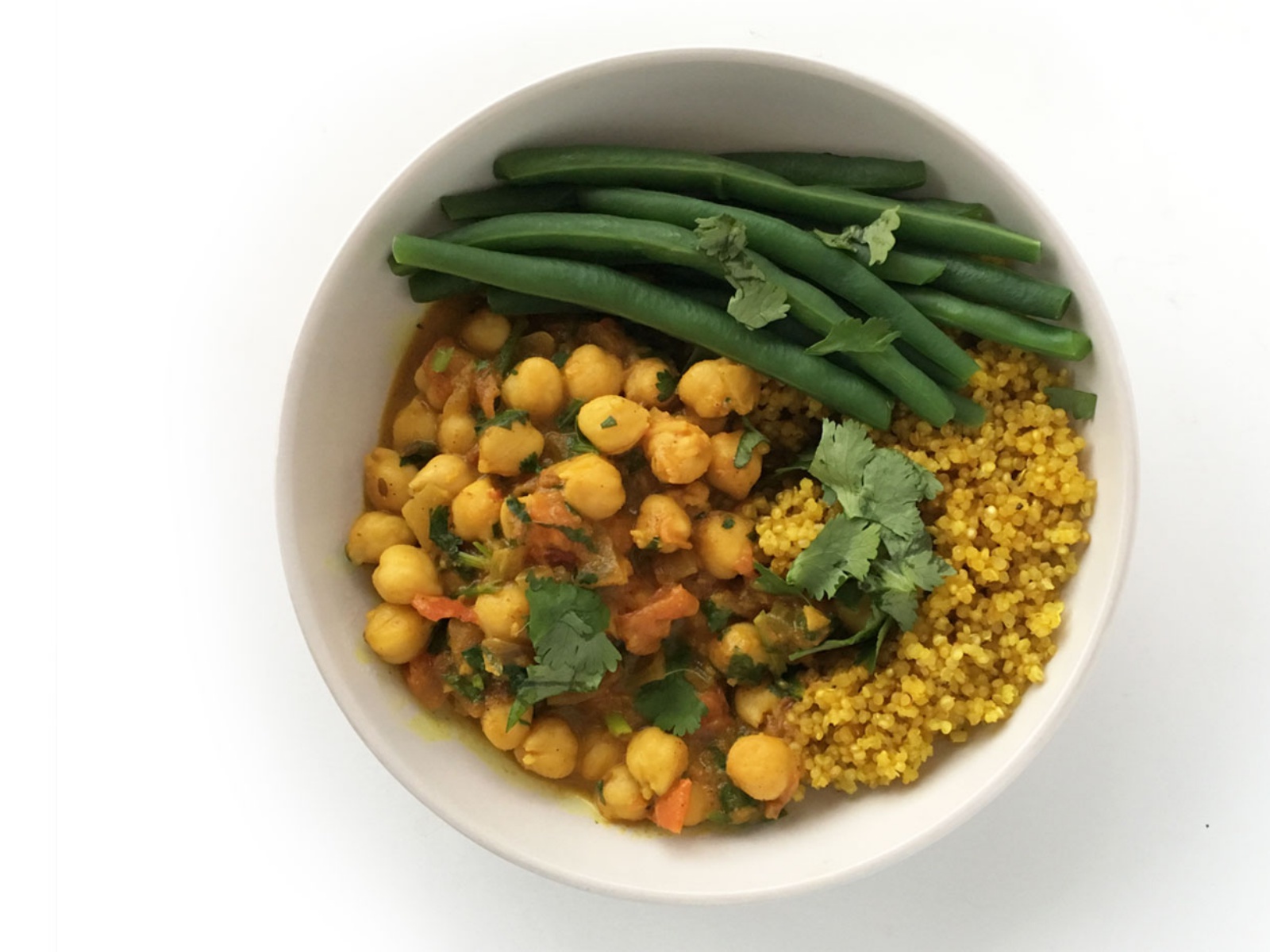 In this tasty dish from India, chickpea provides a nourishing source of protein, while adding wonderful texture. This Chana Masala from Nikki and Zuzana is an adaptation of the traditional recipe, without the use of oils. It’s mildly spicy yet rich in flavour from fresh herbs and a generous dose of fresh ginger. Enjoy on its own, or with cooked quinoa, millet or Basmati rice.

In this Masala Lentil Salad With Cumin Roasted Carrots from Power Plates, the garam masala in the dressing brings something truly unique to this salad; the sweet notes of the Indian spice blend are perfectly balanced by the garlic, ginger, and a bright splash of apple cider vinegar. There’s a generous handful of mint added to the dish to contrast with the earthiness of the lentils and roasted carrots. The pomegranate molasses isn’t necessary if you don’t have it on hand, but if you do, it’s a wonderful way to add a sweet-and-sour finish to the dish. 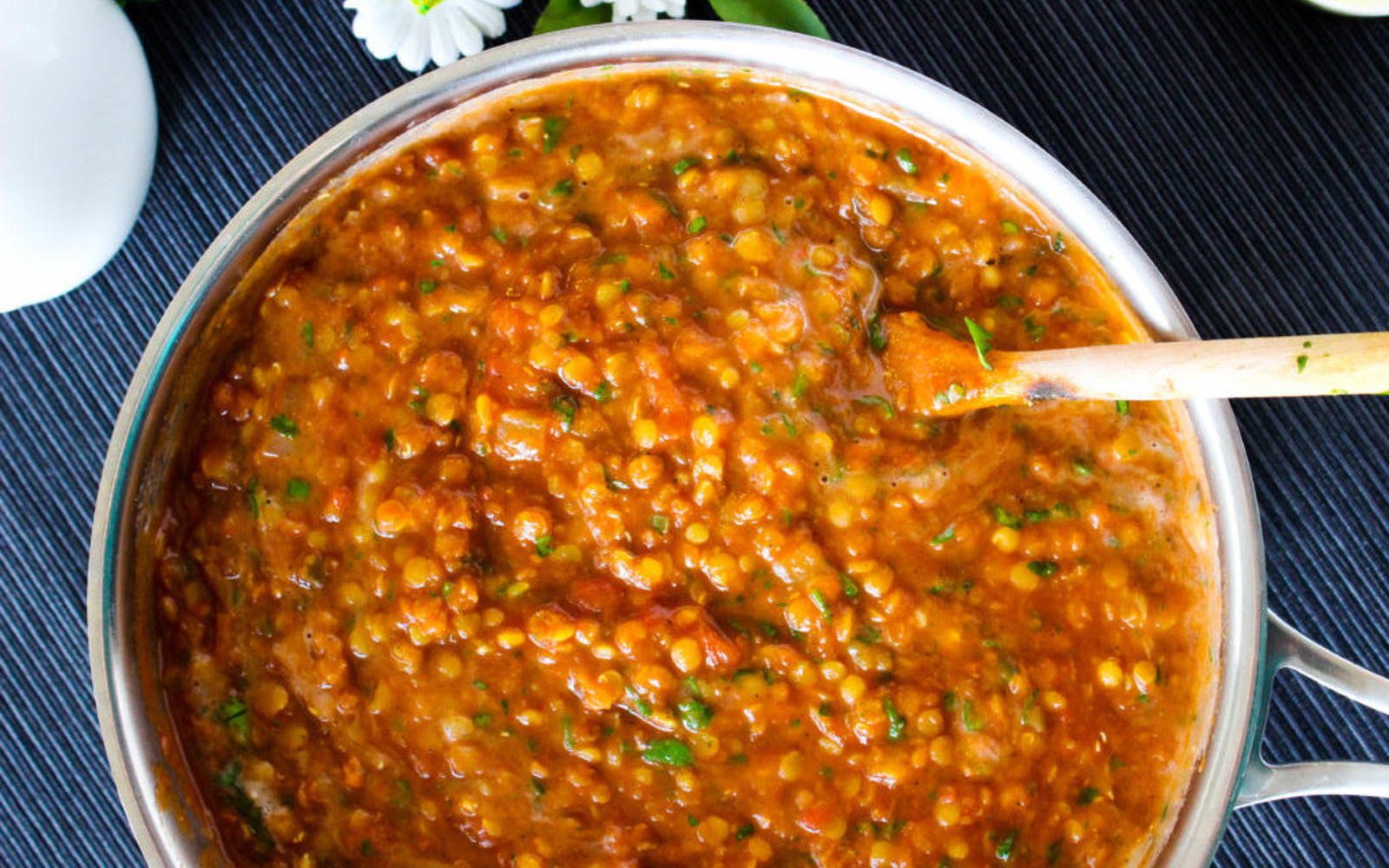 Everything about this Red Lentil Tikka Masala from Kristen Genton is wonderful. The flavors are on point, the texture on point, the satisfaction on point … everything! Red lentils are cooked in a creamy, spicy sauce that will delight your palate and keep you full. Plus, it cooks in just 30 minutes! 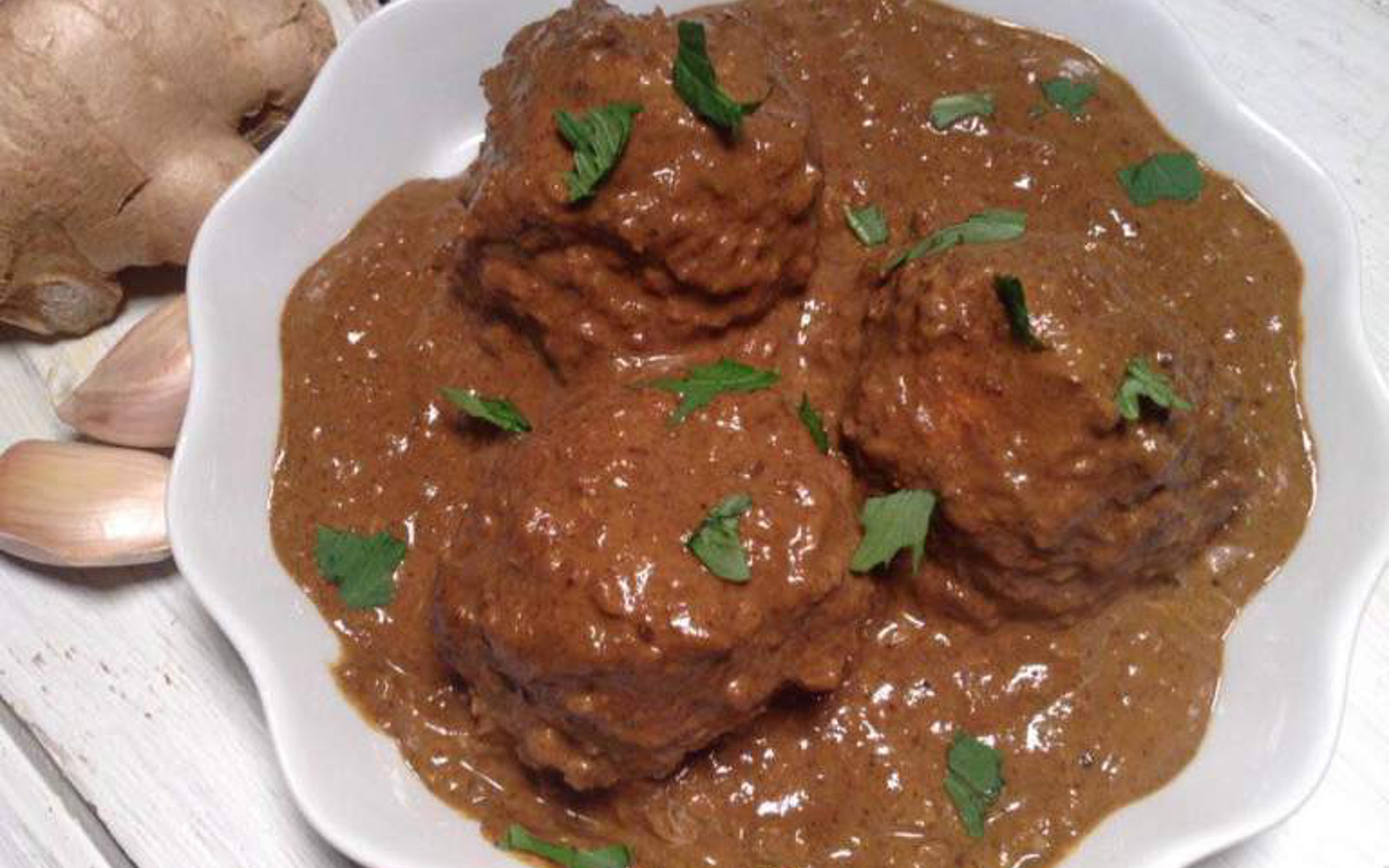 These balls in masala sauce are a perfect blend of Indian cooking and vegan food, they’re so full of flavor! Try this Tofu “Meatball” Masala from Jacinthe Vigneault.

Need more Indian recipes? Check out 15 Traditional Indian Foods Made Vegan and 15 Savory Indian Breakfast Recipes You Must Try! We also highly recommend downloading our Food Monster App, which is available for iPhone, and can also be found on Instagram and Facebook. The app has more than 15,000 plant-based, allergy-friendly recipes, and subscribers gain access to new recipes every day. Check it out!