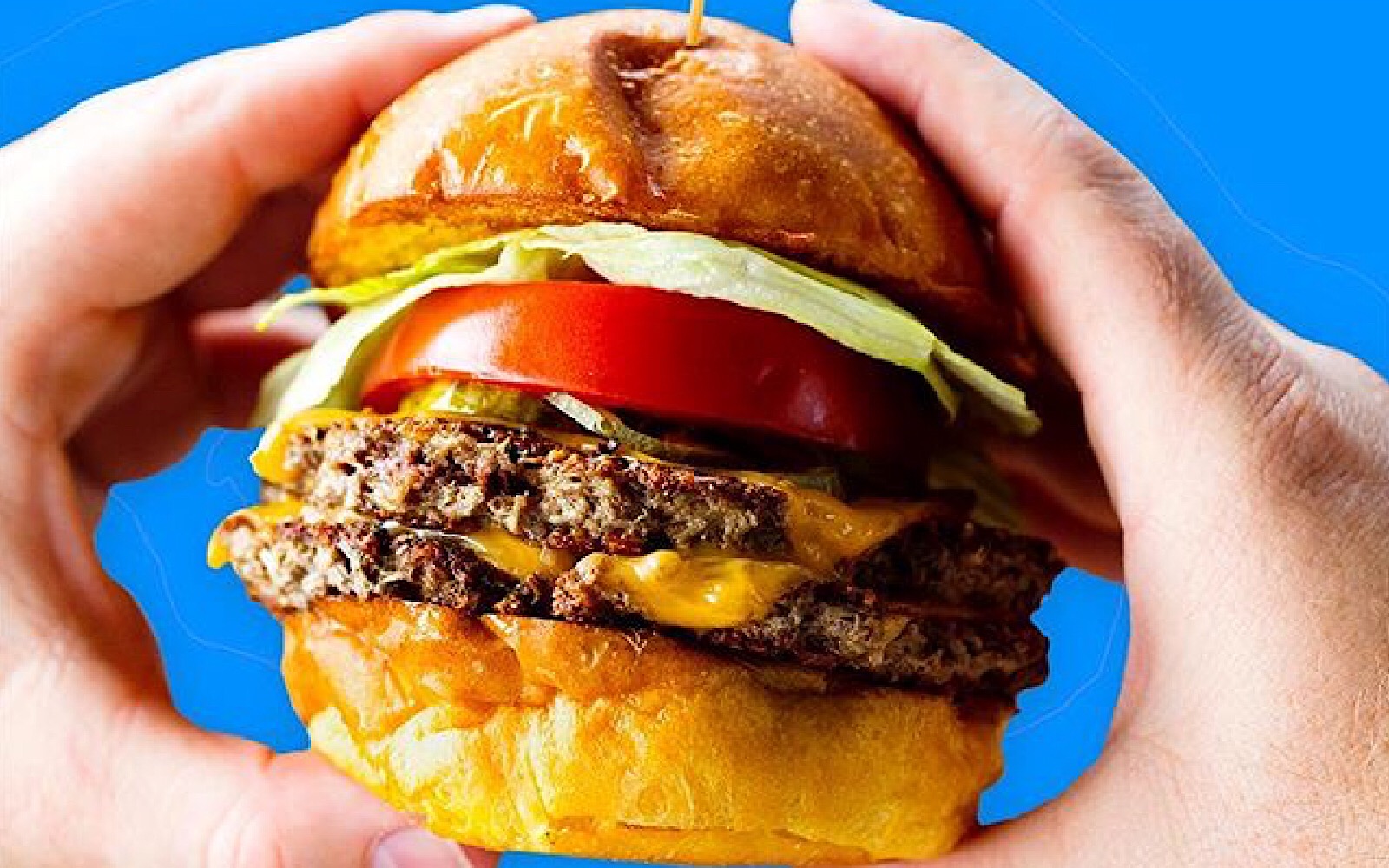 Some of today’s plant-based meat alternatives look and taste so much like actual meat that it can be difficult to differentiate between the two at times. Vegan burgers that “bleed”, like the Impossible Burger, Beyond Burger, and Don Lee Farms’ burger available at Costco, have proven to be remarkably popular, even with those who also consume meat products. Impossible Foods, which makes the Impossible Burger, has been making some major business moves since its start in 2011, having expanded to the Asian market and partnering with numerous establishments and restaurants, including its game-changing moves to partner with Disney and burger chains like White Castle, Fatburger, Houlihan’s, Wahlburgers, and Bareburger. And now the Impossible Burger will be arriving at another meat-centric restaurant chain — Applebee’s!

Impossible Foods made the announcement of the burger’s debut in New York locations on their Instagram page: 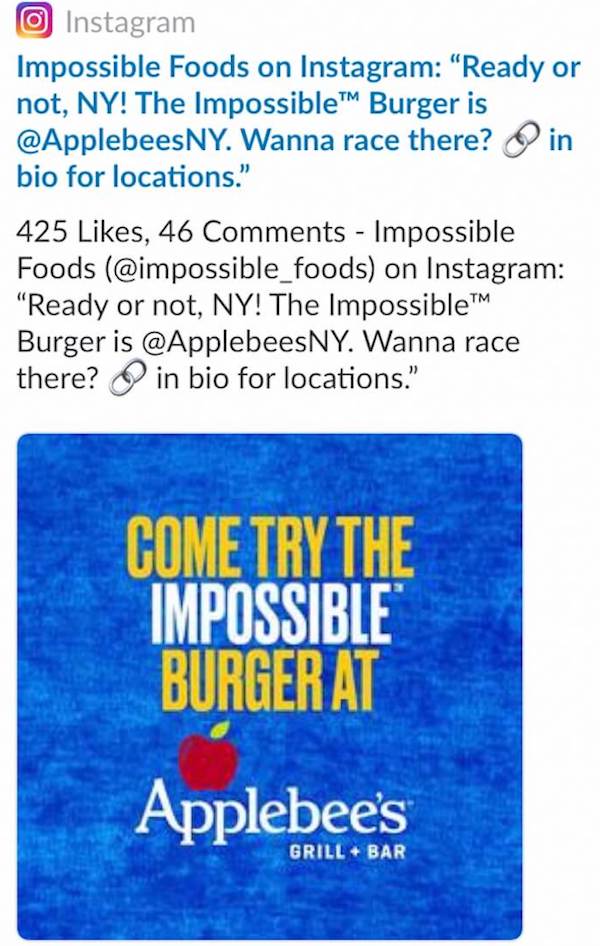 Considering findings from a recent survey that showed that restaurants that have switched to vegan menus have seen an increase in sales of up to 1,000 percent, this is a fantastic business move for Applebee’s. With their meat-centric menu having very limited options for plant-based diners (fries, anyone?), the Impossible Burger will surely be very welcomed, as it will be the only veggie burger on the chain’s menu. Although plans have only been announced for Applebee’s New York locations, the partnership could very likely expand to other regions if trends are any indication for the burger’s success.

The Impossible Burger is 100 percent plant-based, made from wheat protein, coconut oil, potato protein, and heme, is free of cholesterol, antibiotics, and hormones, unlike traditional meat burgers, and boasts a whopping 20 grams of protein in just one three-ounce patty. Environmentally-speaking, Impossible Foods states their burgers use 1/20th the land, 1/4th the water, and produce 1/8th the greenhouse gas emissions of traditional beef burgers. To learn more about the Impossible Burger, visit the Impossible Foods website here.

And to learn how our food choices have an impact on our environment, be sure to check out the Eat for the Planet book!