A Sloth Bear was seized from smugglers in West Benegal, India, after being held captive in Nepal and forced to perform as a dancing bear in street performances. The smugglers illegally transported the bear, Baloo, to West Benegal. Three of the offenders have been arrested by the Forest Department and charged with violations of the Wildlife Protection Act. 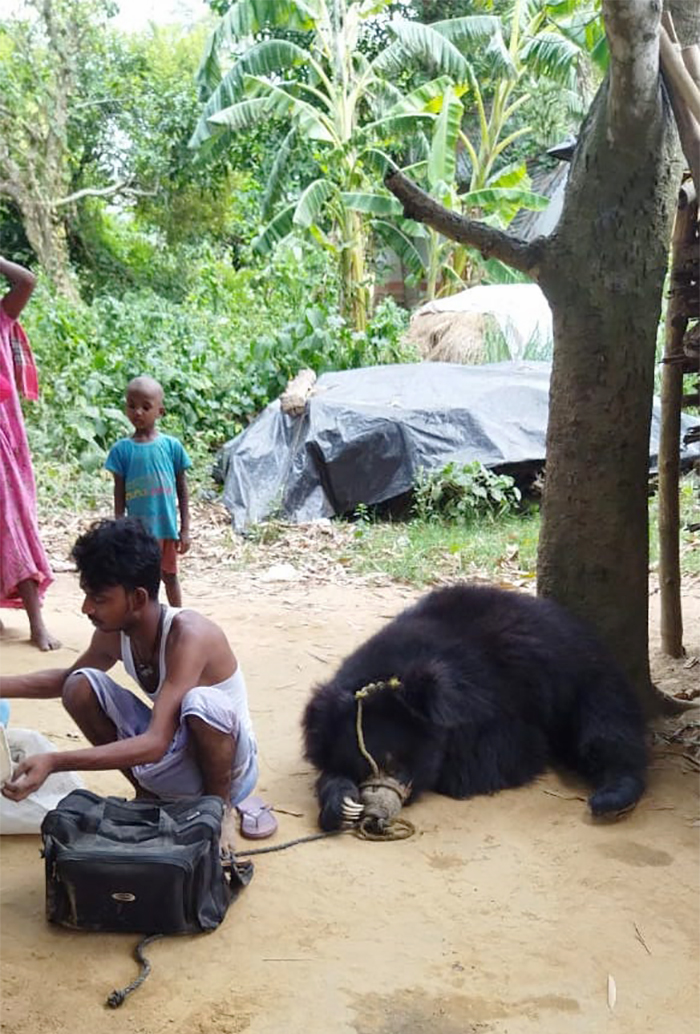 The poor animal has been abused and treated as an object by the captors, and the bear was rescued in horrible condition. The poachers had smashed Baloo’s teeth with metal rods and mutilated their muzzles to insert ropes to train them for street performances.

Sloth bears are often illegally used in street performances, although they are protected under Schedule I of the Wildlife Protection Act. They are also targeted by poachers who take their body parts.

Shri B. Siddhartha, Divisional Forest Officer Malda district, said, “The sloth bear (Melursus ursinus) is a Schedule I species under the Wildlife (Protection) Act 1972 which grants it the same level of protection status as tigers, pangolins and elephants. The conservation of sloth bears is crucial and we will not tolerate wildlife crime in any form.”

Baloo was named after The Jungle Book and finally has a second chance at life thanks to rescuers at Wildlife SOS. The 6-year-old sloth bear is now receiving medical treatment and care at the West Bengal Bear Rescue Center, which is run by Wildlife SOS and the Forest Department. 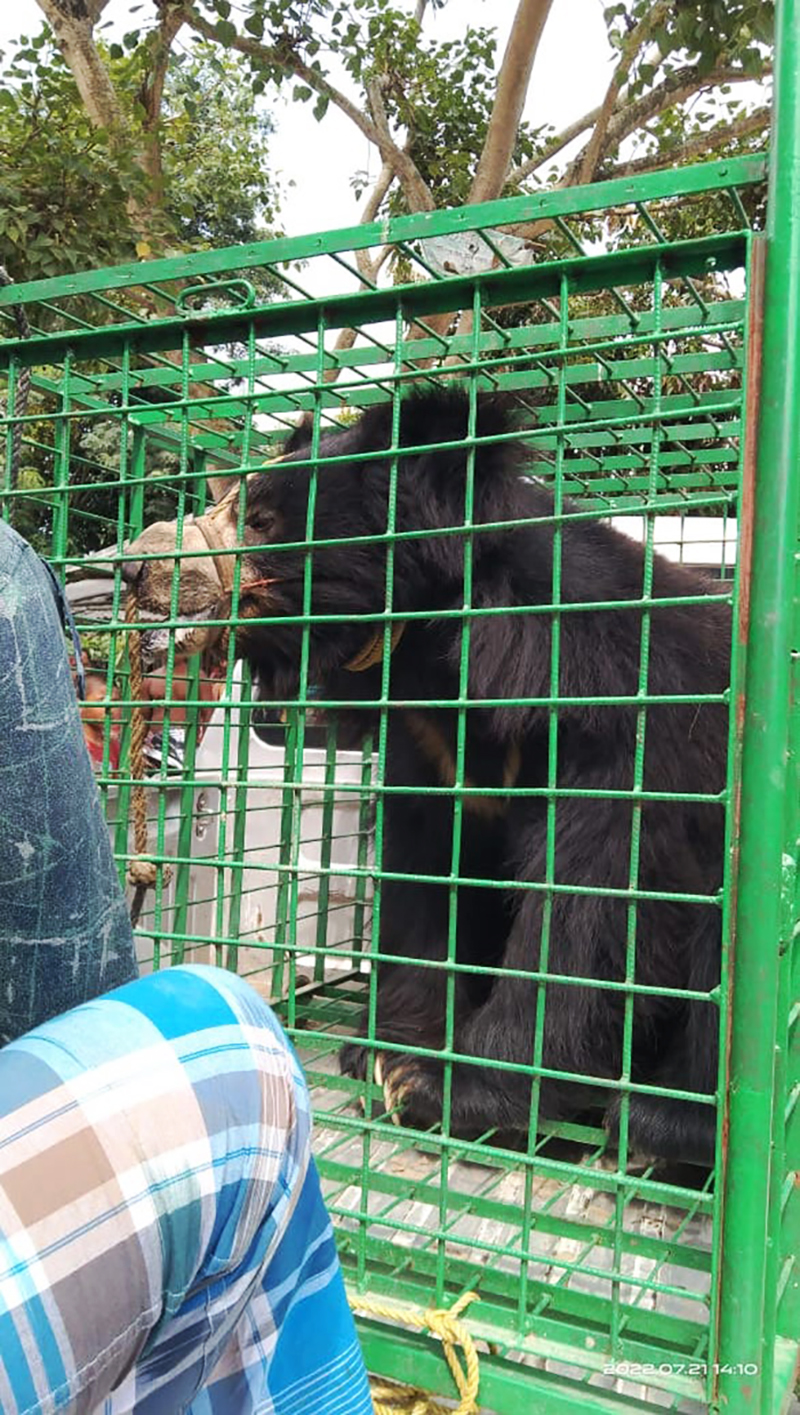 Alan Knight, OBE, CEO of International Animal Rescue, a partner organization of Wildlife SOS, said, “It’s heartbreaking to hear that this poor bear has suffered the brutal torture and mutilation used to ‘train’ dancing bears. We are so relieved that the West Bengal Forest Department and the police have come to the bear’s rescue and he is now receiving expert care from our partners Wildlife SOS. At last, his suffering is at an end and he is on the road to recovery and a peaceful, pain-free retirement.”

To speak up for other Asian bears, sign this petition calling for an end to the bear bile trade.