Watch Sloth Bears Rescued From Poachers by Wildlife SOS Play and Have Fun at Their New Home!

Watch Sloth Bears Rescued From Poachers by Wildlife SOS Play and Have Fun at Their New Home!

Wildlife SOS recently worked with the Uttar Pradesh Forest Department Office to rescue five sloth bears from poachers. The bears were seized from poachers near the Indo-Nepal border in an anti-poaching operation. Wildlife SOS tells us that “The bears were intended for sale to other middlemen by the wildlife traffickers when they were intercepted by the authorities and the animals seized from the offenders.” The illegal bear bile trade poaches and keeps bears captive for their gall bladders which secrete bile that is used in traditional Asian medicines.

The poachers had smashed the teeth of the bears with metal rods and mutilated their muzzles to insert ropes to train them for street performances. Thankfully, they were rescued from a entire lifetime of cruelty, mistreatment, and exploitation. After their rescue by Wildlife SOS, they were treated at Bhagwan Birsa Zoological Park in Ranchi.

Since then, they’ve been transferred to the 165 acre Agra Bear Rescue Facility, the largest bear rehabilitation center in the world for this species. They can be seen enjoying their new lives at the facility in the video above. They were given enrichment and watching them play and have fun is sure to tug at your heartstrings! 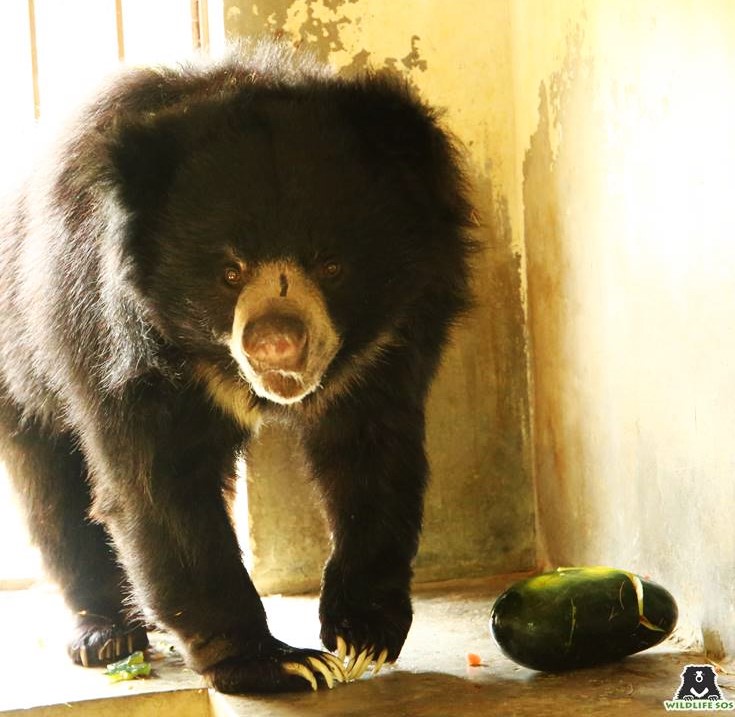 They were also named after The Weasleys in Harry Potter. The bears’ names are: Arthur, Molly, Ron, Ginny and Charlie.

Kartick Satyanarayan, co-founder and CEO of Wildlife SOS told One Green Planet: “The timely intervention by the enforcement authorities helped to rescue these bears from poachers. Sloth bears are targeted by poachers for their body parts and to be traded as live animals for street performance. Poachers take advantage of porous international borders to move wildlife contraband and live animals across & conceal themselves in remote areas. Sloth bears are a vulnerable species and poaching species from the wild severely impacts the wild population.”

To speak up for other Asian bears, sign this petition calling for an end to the bear bile trade.