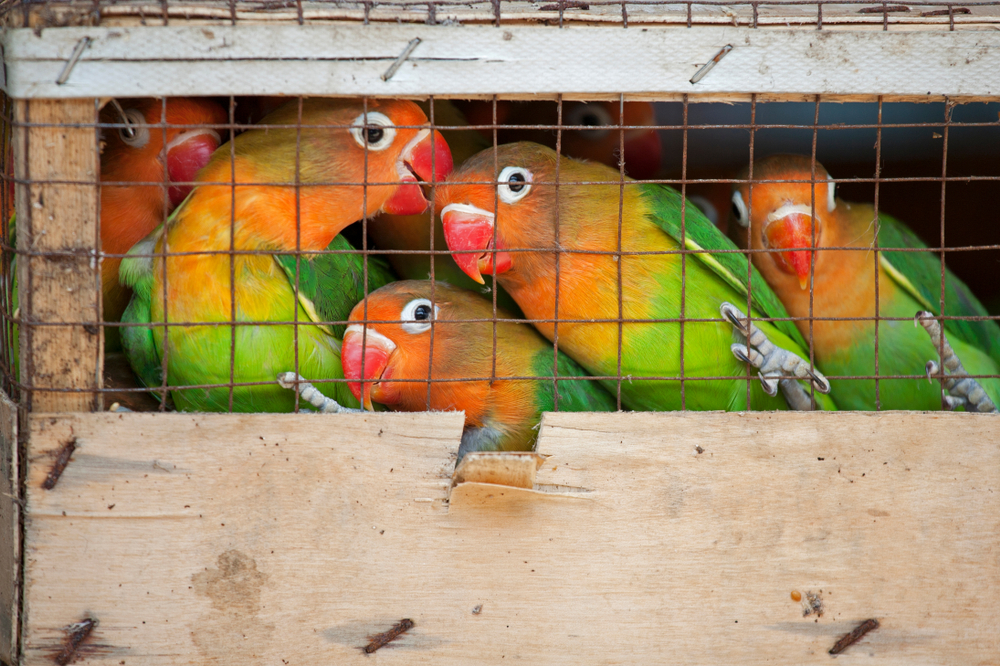 When we hear news stories of animals being rescued from smugglers or sadly killed by smugglers, it’s important to remember that there are so many times smugglers aren’t caught. And all those times, plenty of animals are being smuggled and sold into the wildlife trade. The wildlife trade that affects one in five land vertebrates on Earth and that is driving many animal species to extinction.

Just recently, the Trinidad and Tobago Coast Guard intercepted a boat of smugglers. Aboard they had monkeys, macaws, bullfinches, and parrots. The wildlife traffickers were detained but when they saw the Coast Guard coming, they threw many birds into the ocean to die.

According to Stabroek News, “The Coast Guard managed to save some of them, but several parrots and bullfinches perished.” The birds and monkeys are all protected animals, but it’s believed they were smuggling the animals from Venezuela to sell on the black market.

The men are expected to be charged by Game Wardens at Cedros Coast Guard base. Hopefully, they will be punished fittingly for their crimes and will never be able to smuggle or kill animals again!

Sign this petition calling for an end to the wildlife trade!

To continue speaking up and taking action, sign these other petitions as well: