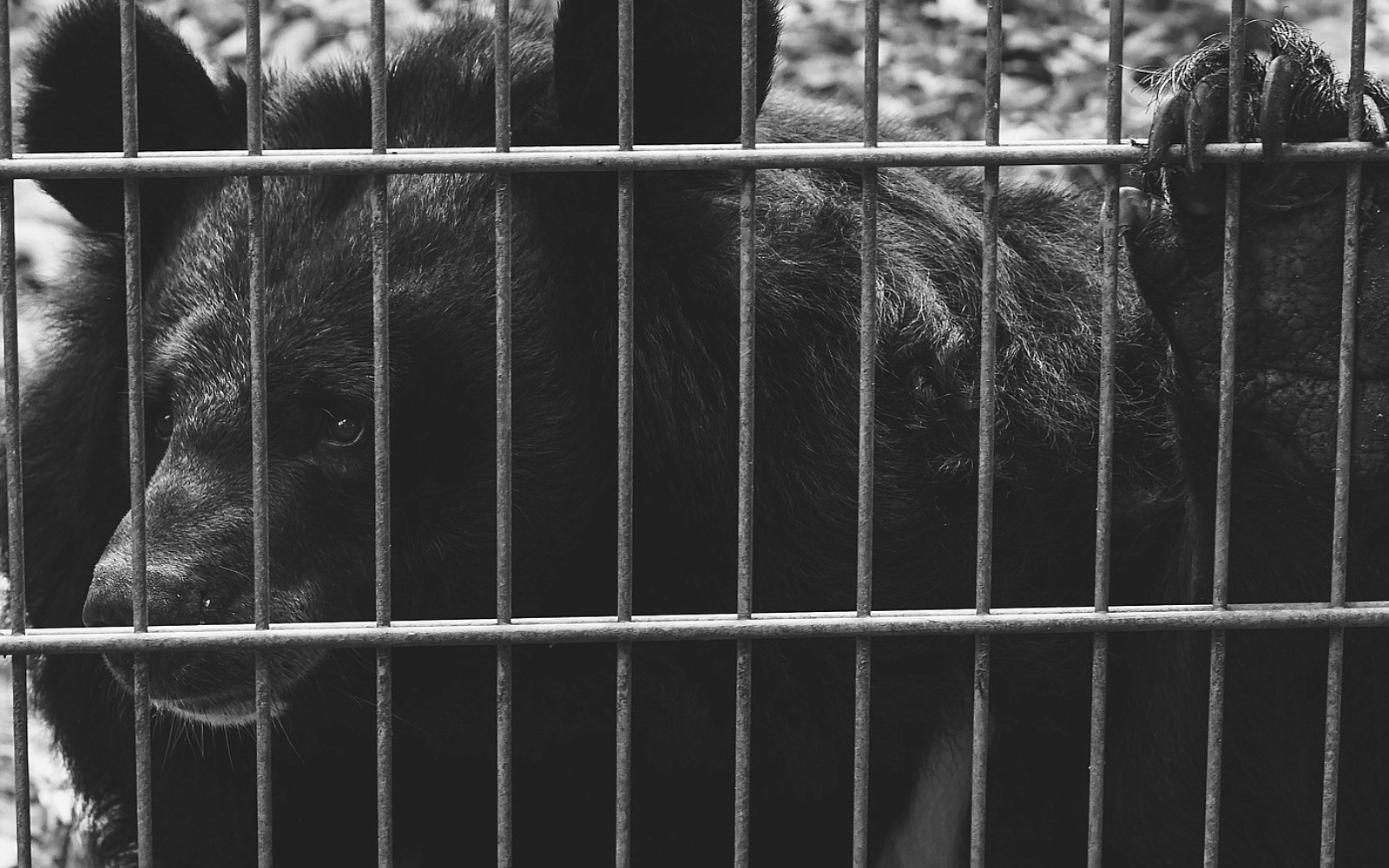 As children, many of us thought of circuses as fun and magical places where reality is put on hold while wild animals become docile and perform tricks like household pets. This idea of the circus is unfortunately still alive – despite the gruesome reality that the elephants, tigers or bears performing in these facilities behave in a way much more disturbing than most of us would ever like to imagine. The ill-treatment of animals used in circuses has been shown time and again, each time making it clear that it is high time to put an end to the nonsensical use of animals in circuses.

Earlier this month, a shocking piece of footage showing a Russian circus bear was published online. The video, taken in the city of Volgograd, shows the leashed and muzzled bear being beaten by trainers. At the beginning of the footage, the bear is shown going down a slide, after which the animal goes in to attack one of the trainers. In response, the circus workers begin beating the bear with sticks, the entire scene being witnessed by screaming children and parents completely horrified by what was happening.

The bear in the footage has no idea what is happening to him. The aggression brought on by frustration and the instinct of self-preservation should not be surprising – after all, it is a wild animal that is being brought in the middle of a crowd of onlookers and treated like a prop, previously broken into submission via abusive “training.” Aggression is a completely natural response in a wild animal and so is a desperate attempt to break free from the ridiculous role of an attraction. The bear simply should not have been there in the first place.

This clearly was not the first time that a wild animal in a circus attacked a trainer – and there will be more, as long as animals continue being exploited for our arguable entertainment. In Russia, shows featuring live bears are still popular, and they contribute to the suffering and confinement of numbers of animals. But the use of animals in circuses belongs in the past.