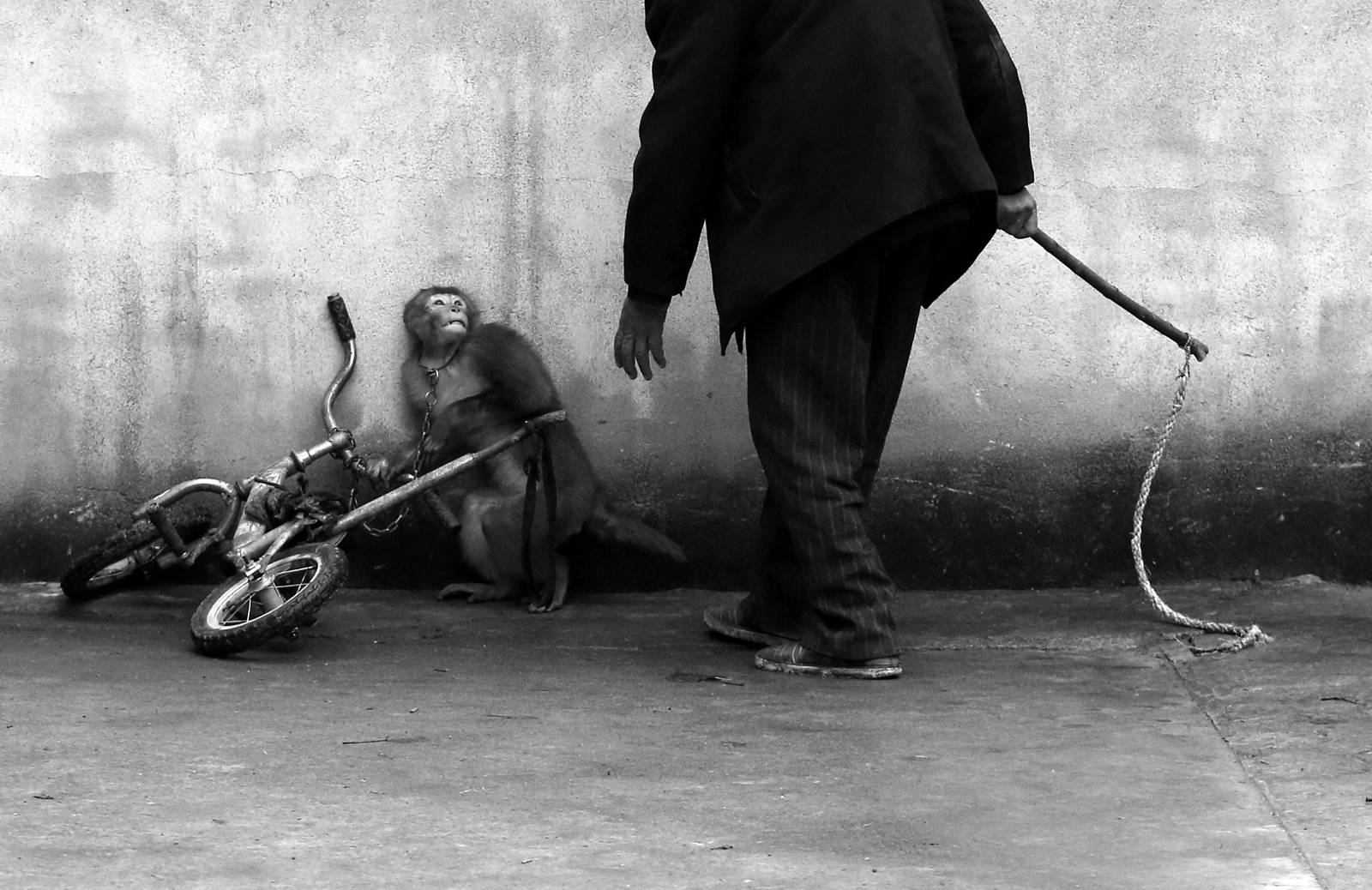 Animal circuses may seem, at first glance, to be nothing more than a harmless source of entertainment for kids – after all, what could be cuter than watching an animal perform an unusual trick? However, the reality of what these animals must endure in order to learn those tricks is anything but cute. Circus companies will often claim to be deeply concerned about the well-being of their animals, but the fact of the matter is that the circus is, quite simply, not a natural or healthy environment for an animal.

Animals who are kept in captivity in circuses commonly exhibit stereotypic behaviors – abnormal, repetitive actions hardly ever witnessed in their free-living counterparts – such as moving from side to side, head-wobbling, and self-mutilation. These behaviors are thought to be outward expressions of their mental distress. In addition, circus companies have been known to neglect or abuse their animals during the training process, forcing them to endure pain or starvation if they fail to master a certain trick correctly. Elephants are regularly beaten with chains or stabbed with bullhooks if they fail to perform to their keepers’ satisfaction. Just last month, captive animal trainer Michael Hackenberger was exposed for his cruel treatment of a Siberian tiger named Uno.

It is incredibly difficult for some people to understand the suffering that animals in the circus endure which is why images like the one below are so poignant.

The photographer, Chu Yongzhi, of the Zhejiang Daily Press, took this picture of a circus monkey cowering in terror as a trainer approached with a whip in hand. 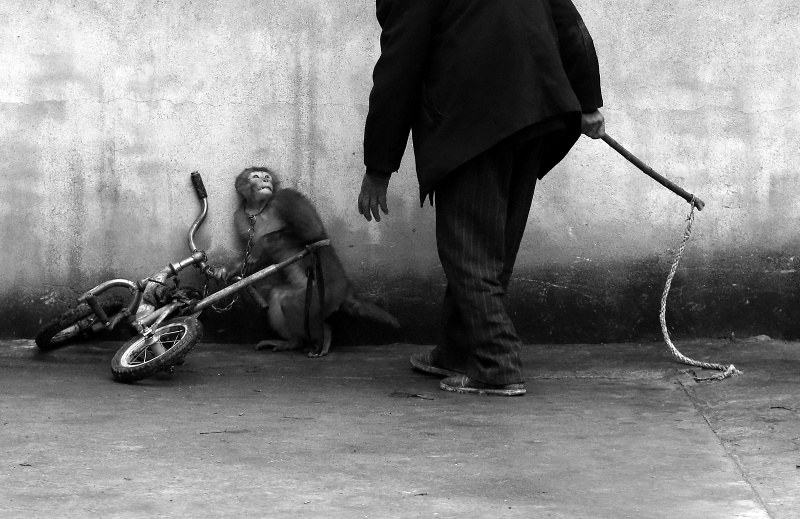 Any animal lover who sees this picture cannot fail to be moved by the monkey’s obvious terror … not to mention the uncaring, unsympathetic stance of his or her trainer. While it is easy for us to feel helpless when confronted with such an obvious portrayal of this monkey’s suffering, we can also derive some comfort from the fact that the tide is slowly but surely beginning to turn against animal circuses. In recent years, a wide range of studies have demonstrated that bringing kids to a circus, zoo, or other captive animal facilities, in which the animals are expected to “entertain” human visitors does very little to help them empathize with the animals.

Countries that have banned the use of wild animals in circuses include Cyprus, Greece, Peru, El Salvador, Paraguay, the Netherlands and many others. In the U.S., progress has been made in a number of states and individual cities – including Huntington Beach, Santa Ana and Los Angeles in Cal., as well as Margate, Fla., Dane County, Wis., and Fulton County, Ga. – but a nationwide ban has yet to be achieved. To find out how you can help end the cruelty, read the articles below: