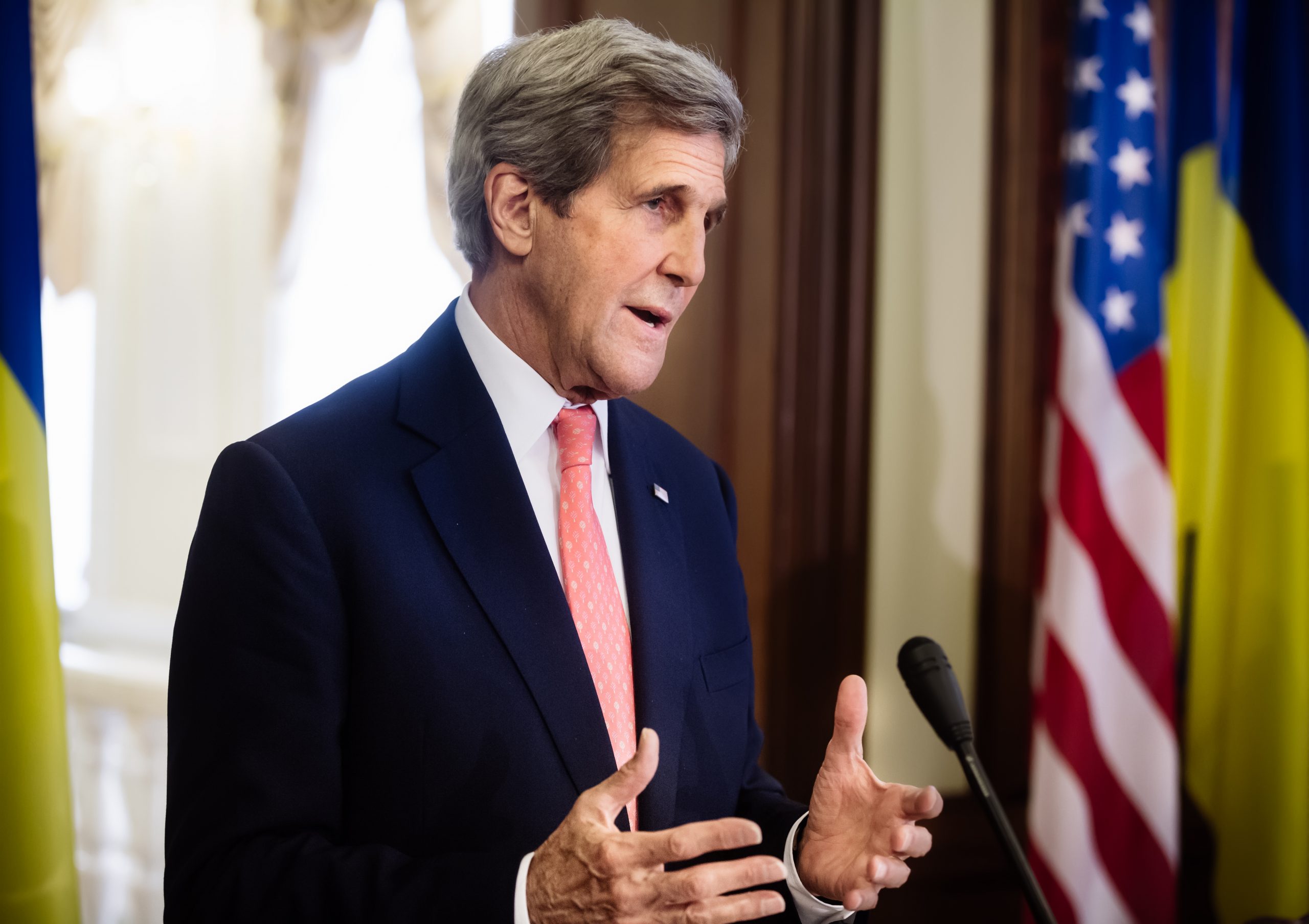 John Kerry, former Secretary of State and Massachusetts Senator, has launched a new climate coalition called “World War Zero.” The politician tapped celebrities to join his bi-partisan cause and spread the word.

According to the website for the group, the goal of the coalition is “unlikely allies with one common mission: making the world respond to the climate crisis the same way we mobilized to win World War II.” The website calls it “the war for net zero emissions.” Celebrities including Susan Rice, Cindy McCain, Arnold Schwarzenegger and Jaden Smith have signed onto the pledge. Schwarzenegger said that “our fossil fuel addiction is killing us,” in a statement about the new coalition.

60 founding members have signed onto Kerry’s group, including, according to the New York Times, Bill Clinton, Jimmy Carter, John Kasich and Leonardo DiCaprio. In an interview with the New York Times, Kerry said the group would be holding town halls around the United States.

“We’re going to try to reach millions of people, Americans and people in other parts of the world, in order to mobilize an army of people who are going to demand action now on climate change sufficient to meet the challenge,” he told the publication.

On Meet the Press December 1, Kerry said, “There are great efforts out there, many environmental groups, young people particularly, but no country is getting the job done. I mean the simple reality is that we are way behind, way behind the eight ball. Things are getting worse, not better.”

He told Chuck Todd the strength of his group would be “unlikely allies coming together….There is no group that has people as diverse as ours in terms of nationality, age, gender, ideology, background, life experience, and all of these people have to come together saying, ‘We’ve got to treat this like a war.'”

Read more about politics and climate change, including Trump’s decision to pull the United States out of the Paris Agreement and how young republicans are pushing for climate action and our coverage on why climate change is a top priority for young voters, the Green New Deal, and have a quick look at the 2020 democratic presidential candidates’ current plans on climate change and watch them discuss their views in Weather Channel’s Race to Save The Planet Forum. Cities all over the world from California to Vietnam are facing climate crisis and millions of people are protesting all over the world.