The Good News About Plant Foods 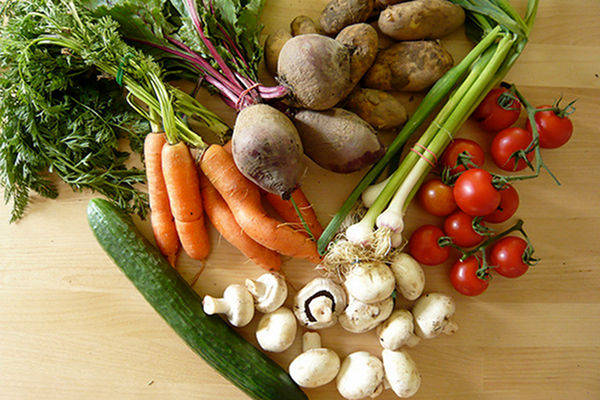 Over the past few of months there have been a slew of new studies reporting the benefits of plant-based foods. From berries to broccoli, fruits and vegetables are increasingly being recognized for their health-promoting, disease-fighting, and anti-aging properties!

Below is a roundup of the good news about plant foods…including 10 new studies from the first quarter of 2012 alone!

Berries – Berries are without a doubt one of the most nutritious and delicious foods on the planet! Nearly all berries are high in vitamin C and fiber and low in calories, making them an excellent, nutrient-dense snack or add-in.

Over the years, research has also found various types of berries to have anti-inflammatory, antioxidant and even cancer-fighting properties. Recent studies have also linked berry consumption to a reduced risk for Parkinson’s disease, as well as showing that they provide protection against age-related memory loss.

For more information about the health benefits of specific berries, check out our recently-published piece: 6 Power-Packed Berries You Should Be Eating.

Soy – There are few foods that spark as much controversy among health-conscious people as soy. Villain or hero, sometimes there seems to be no middle ground. And compounding the issue is the fact that many studies seem to contradict each other. However, three studies published earlier this year suggest that soy does bring significant benefits for heart and hormonal health.

One such study, published last month, found that most people should be able to improve their overall cholesterol panel by adding more soy to their diet. This study contradicted previous research, which suggested that only certain people could lower their cholesterol levels by eating soy.

A large-scale study on soy isoflavones, also published last month, finally offered clear and compelling evidence that soy is beneficial for menopausal women. The study found that eating just two servings of soy foods per day could reduce both the frequency and severity of hot flashes by about 25 percent.

Cruciferous Vegetables – It looks like mom was right about broccoli, Brussels sprouts, cabbage, and other cruciferous vegetables!

While we already knew that consumption of cruciferous vegetables helps protect against prostate, colon and breast cancer development, a study released earlier this month was the first to examine the role of these vegetables after cancer diagnosis.

Antioxidants – Much of the recent research about fruits and vegetables has centered around the health-promoting effects of various antioxidants they contain. Antioxidants are thought to protect cells from free radicals, or highly-reactive molecules that may play a role in the development of cancer, Alzheimer’s disease, arthritis, and even aging.

Recent research has also linked consumption of cartenoids, a specific type of antioxidant, to improved skin appearance. In a small university study, researchers found that found that individuals who ate more fruit and vegetables (especially leafy greens), experienced a deepening of the natural red and yellow coloration in their skin. The research team found links between even subtle changes in skin tone and perceived attractiveness. So be sure to eat your leafy greens and other veggies for that healthy glow!

Flavonoids, another type of antioxidant found in plant-based foods, have also been tied to improved heart health. According to a study released in January of this year, people who get the most flavonoids in their diet are significantly less likely to die of heart disease or stroke compared to those who eat the least flavonoids.

Final Thoughts – Plants are powerful weapons for fighting disease – and for preventing it in the first place by promoting optimal health!

Between all the Bad News for Meat Eaters and the good news about plant-based foods, more and more people are seeing the light! And many athletes are leading the way – in endurance AND strength-based sports. It is truly an amazing time to be (or go) vegan. Let’s hope this “trend” is here to stay.