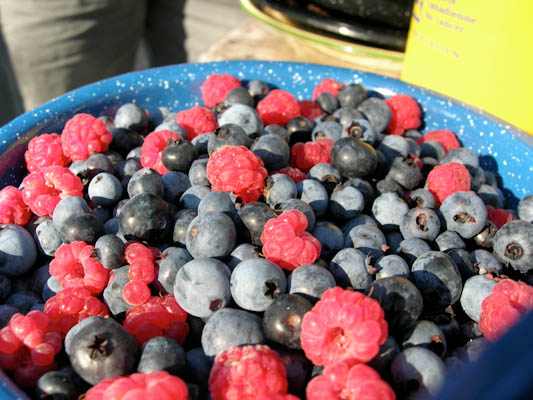 We know that diets high in plant foods help to prevent and even reverse illnesses such as heart disease and diabetes, but now there is evidence that a plant-based diet may prevent Parkinson’s disease as well. A study in the journal Neurology by researchers at the Harvard School of Public Health and Norwich Medical School found that men with diets rich in flavonoids found in berries, tea, apples, and red wine have a 40% lower chance of getting Parkinson’s disease.

As reported in Science Daily, 800 of 130,000 men and women participating in the study developed Parkinson’s within 20 years of follow-up. The researchers controlled for age and other lifestyle factors before coming up with the 40% figure, and they also found no similar effect in women. Dr. Xiang Gao of Harvard believes much of the protective effect of flavonoids comes from a subclass called anthocyanins which are found in high concentrations in berry fruits. Dr. Gao is quoted at Today Online saying that those who consumed the most berry fruits saw a 25% reduction in risk of Parkinson’s disease.

As reported in Time, the results of the study don’t prove that consuming flavonoids will reduce Parkinson’s risk, they only show an association that could be chance. These results came from the Nurse’s Health Study, and the authors note that larger, independent studies should be done to confirm the link.