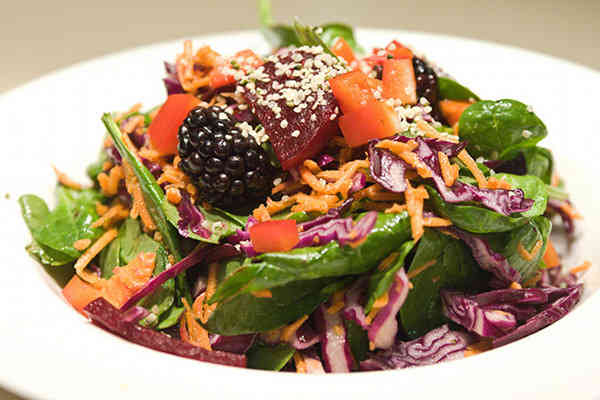 More and more evidence is continually supporting the fact that consuming animal products has negative consequences for our health, the environment, and of course the animals. While many of us would like to see the world drop the meat and go vegan, the truth is that even a small reduction in the consumption of animal products by a large number of people is a step toward reducing disease, lowering our carbon footprint, and improving the lives of animals. This is especially true in the United States where we eat more meat than any other developed country.

The Meatless Monday campaign, founded in 2003 with a mission of reducing personal meat consumption by 15%, offers support and motivation for completely eschewing meat on Mondays. The campaign has caught on in over 20 countries with many schools, hospitals, and restaurants taking the pledge. And although the founders cite only environmental and health benefits to reducing meat consumption, you can imagine that getting scores of people on board will be positive for those motivations as well as the welfare of millions of animals.

Is there any evidence that people are responding to the campaign? Sodexo, a large food service company who offered a Meatless Monday program to its sites starting in January 2011, recently conducted a survey indicating there is. A team of researchers from the Johns Hopkins Center of Livable Future, led by Research and Policy Director, Dr. Roni Neff, analyzed the data and synthesized the results into a white paper that was released on April 9, 2012.

Results of the survey reveal that Sodexo’s Meatless Monday initiative not only helped participating facilities serve healthier, more sustainable menu options, but also helped them maintain sales and increasing customer satisfaction. 49% of food service directors who implemented the Meatless Monday program saw an increase in purchases of vegetables during the promotion and 30% saw a decrease in meat purchases. The majority of providers—51%—did not see an adverse effect on retail sales, and there was a net positive trend in reported consumer response. Most importantly, the numbers reveal that the majority of participating providers felt the program was easy to implement and they plan on continuing to offer the incentive.

The results of this survey reveal a much larger trend that’s sweeping the nation. A recent Harris Interactive study commissioned by the Vegetarian Resource Group found that 33% of Americans are eating vegan/vegetarian meals more often, though they are not vegan or vegetarian. That is over 100 million people, or one third of the country consciously eschewing animal products in favor of healthier plant-based foods!

If you can’t convince your friends to give up their meat all the time, perhaps once a week is a starting point worth compromising over. We have tons of yummy recipes that can help them get started!