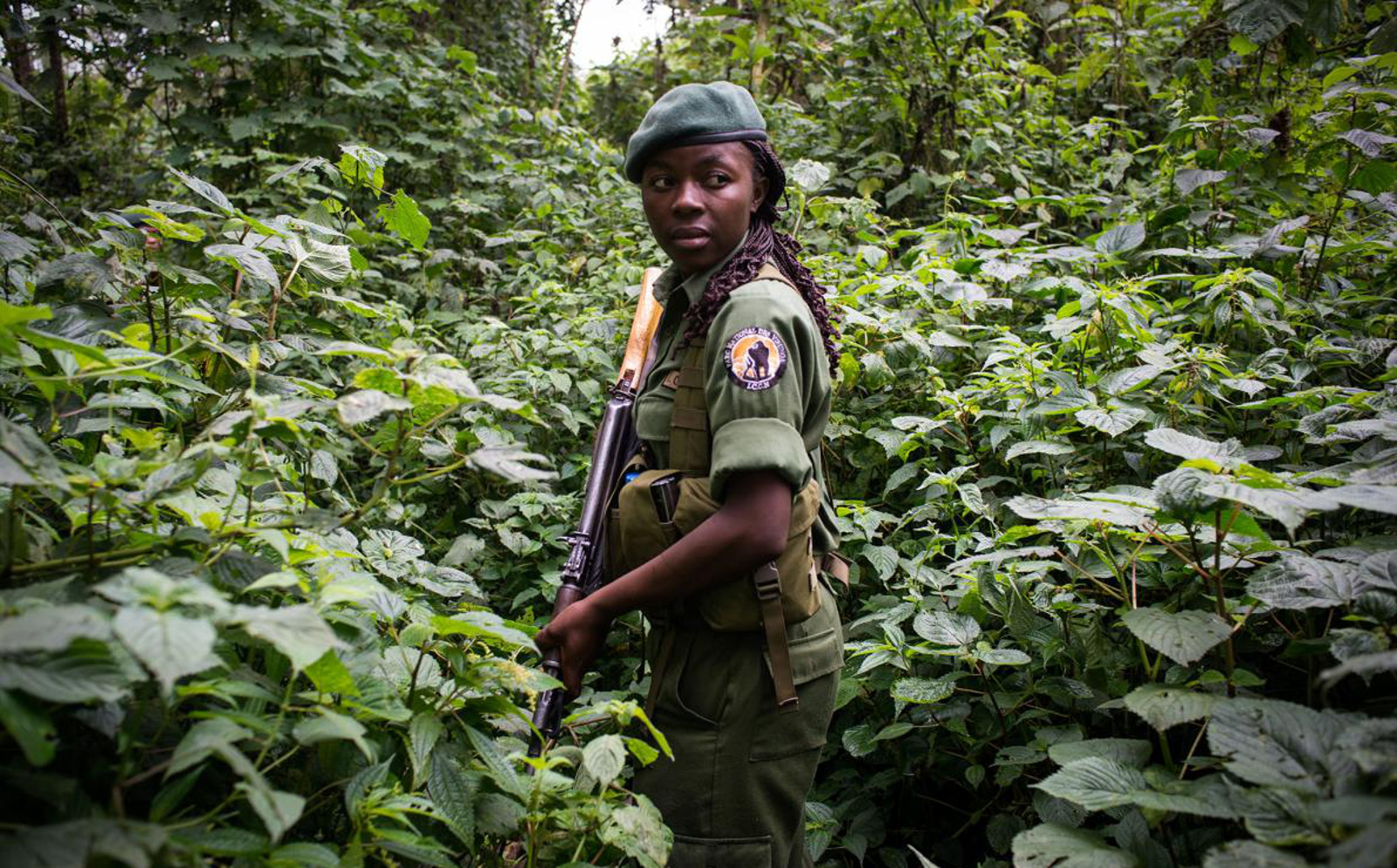 Virunga National Park is home to some iconic animals – buffalo, giraffes, elephants, and perhaps most famously, mountain gorillas. The mountain gorilla population is critically endangered and Virunga is home to over half of the last remaining population. The park is 3,000 square miles of breathtakingly beautiful sights, from vast forests and jungles to snowfields to raging volcanoes. But the rangers who dedicate their lives to protecting these lands and the endangered mountain gorillas know that its splendor masks more sinister traits; violence, poaching, and crime. It takes guts, a passion for the environment, and nerves of steel to protect these lands, as corruption runs high in the bid to grab the minerals and oils that lay beneath the soil, as well as the illegal poaching, raids by rebel groups, illegal charcoal harvesters, and the trafficking and slaughtering of wildlife for the exotic artefacts trade.

Virunga is Africa’s oldest National Park and for many years the brave men that defend its habitat have faced a barrage of trials and tests, with many losing their lives, being seriously injured or incapacitated. But now, for the first time, four women have joined these ranks, and their courage and dedication to protecting threatened wildlife and habitat is nothing short of inspiring.

Being a ranger at Virunga Wildlife Park is a prestigious job and one to be proud of, but it is also one of the most dangerous; in the past decade, more than 150 rangers have been killed in the line of duty. What’s more, until only recently, the government often did not pay the rangers regularly, and when they did, their wages barely covered the necessities of life.

Women had applied to become a ranger for many years, but the training regimes are arduous, and so far, none had managed to pass the rigorous physical and mental challenges that had been set. That was until 2014 when fourteen women proved their mettle and began their work guarding and defending their continent’s wildlife.

One of the new Rangers, Francine Bwizabule Muhimuzi, explained to The Guardian, “There is not yet equality, but in the park, we see it is improving because they have begun to recruit women.”

Every Virunga ranger is pounded into shape by a gruelling six-month training course – including up to nine-mile runs in the heat with full packs – led by Belgian commandos in the open savanna within the park borders. The women undergo the same training as their male competitors, learning battle-zone tactics in order to counter any rebel threats that they may encounter – after all, the Eastern Congo has been ravaged by a civil war since the early nineties, with Virunga slap-bang in the middle, seeing nearly 5.5 million killed, and millions displaced during the conflicts. The rigorous training also covers remote survival techniques, in case a ranger gets separated, lost or otherwise isolated in the deep wilderness.

These threats also test the guards’ inner courage and ability to keep a level head even when under pressure. Sometimes, the rebel militia groups will attack a village, and rangers will witness their own families, friends, neighbors, gunned down in senseless attacks. The rebel groups are fighting against their governments, but in the process they also kill and rape many civilians, poach illegally for bushmeat, cut down its trees, and set up camp in the park. As a result, conflict between the rebels and the wardens happens sometimes, with bloodshed on both sides.

The Virunga Park has been well maintained as the years progress and as more and more influential people begin to take an interest in conservation. Not only are the rangers treated much better – with rangers now paid twice what the government allocates them, maternity leave added, and better living conditions – but the local settlements benefit too, with a project set up called the Virunga Alliance helping to support their communities, by providing aid such as fresh drinking water, medical clinics, and schools. This in turn has encouraged the people of the Congo to protect their wildlife, including the dwindling mountain gorilla species, and think more consciously about how their actions and lifestyles may be impacting the land, and the communities and the park are stronger and beginning to work together. This means great things for our wildlife and the park as a whole.

To learn more about this iconic park, check out the Virunga Documentary and support rangers on their website.